Accessibility links
'Memoir Project' Gives Tips For Telling Your Story Everyone has a story to tell, but memoir writer Marion Roach Smith says making those stories interesting and readable is harder than it looks. She gives her dos and don'ts for memoir writing in The Memoir Project. 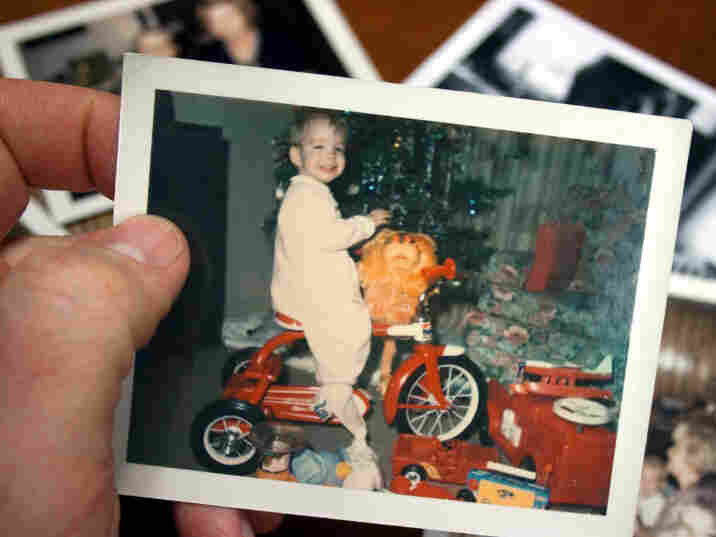 Marion Roach Smith asks her memoir-writing students to look for little details that illustrate their stories, and through them, chart a course to broader themes. iStockphoto.com hide caption 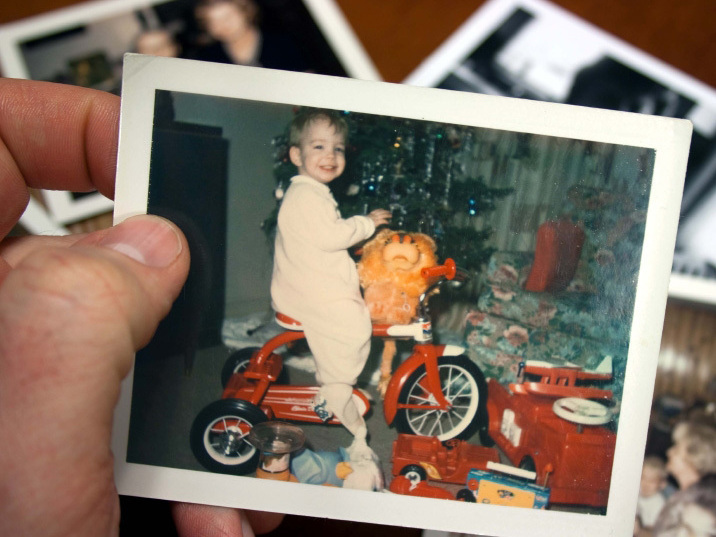 Marion Roach Smith asks her memoir-writing students to look for little details that illustrate their stories, and through them, chart a course to broader themes.

Everyone has a story to tell, but writer and memoir writing instructor Marion Roach Smith says making those stories interesting and readable is harder than it looks.

In her memoir writing guide, The Memoir Project, Roach Smith argues that too many aspiring memoirists focus on cramming every memory onto the page, instead of focusing on relating their story to broader themes.

She tells NPR's Neal Conan that a useful memoir writing exercise is to consider what's worth including and what's best left out for the story you'd like to tell. She says that's what she did when she decided to write about her mother being diagnosed with Alzheimer's disease when Roach Smith was 22-years-old. In the resulting memoir, Another Name For Madness, Roach Smith discussed her mother's alcoholism, but left out the details of her infidelity.

"I had a responsibility to tell a story about Alzheimer's," she says. When her mother was diagnosed in the '80s, Roach Smith says she believed Alzheimer's was on its way to becoming the greatest health care concern of the 20th and 21st centuries, and she felt adding details about her mother's infidelity would have taken the story in the wrong direction. 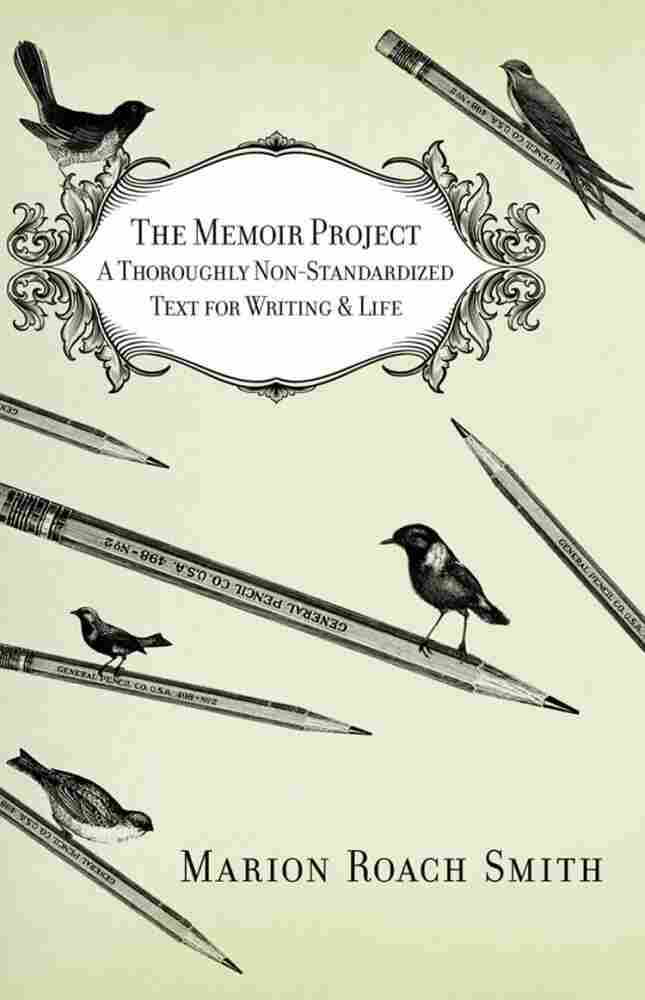 "These are the decisions all memoirists have to make," she says. "What goes in; what stays out."

She says memoir writing is about territory; about writing what you know. We each have many areas of expertise, but if you want anyone to read your memoir, the key is focusing on one.

In Roach Smith's mind, there's a big difference between an autobiography and a memoir.

"An autobiography is really the story of a whole life," she says. "A memoir, if you want someone else to be interested, should really be [about] an area of expertise within that life."

Caroline Knapp's Drinking: A Love Story is one of Roach Smith's favorite memoirs, and Knapp followed that up with a book about her relationship with her dogs. Knapp died in 2002 of lung cancer.

"Had she lived longer, I bet we could've gotten seven or eight great memoirs out of Caroline Knapp," she says.

On the other hand, she says it takes someone like Supreme Court Justice Sonia Sotomayor to write an autobiography.

"[She] can write that whole trajectory of [her] life story because I'm willing to run those bases of [her] life with [her]," Roach Smith says. As for the rest of us, "We will be successful in memoir[s] if we stick to one area of expertise at a time."

Writing With More Than Memories

And just because you're an expert on your own story doesn't mean you don't have to do any reporting.

"You have to do loads of it," Roach Smith says, in order to get the story right and put it in context.

For example, Roach Smith recently discovered her house was once a speakeasy. That makes her house — something she's ostensibly an expert on — really compelling to write about. But she'll still need to do research on her house and the Prohibition era to get the story straight.

You Must Be Present to Win

Flannery O'Connor said that anyone who survives childhood has enough material to write for the rest of her life. She's right. Writing about yourself and your crazy (or not-so-crazy) family can be the big vein, if you're ready. But if you're not, it's the brick wall. Indeed, the single biggest reason for not being prepared to write what you know is not knowing how to dig among your stuff to get what you need. So let's see if we can correct that.

In any decent game of chance, you must be present to win. That's also true with writing what you know, where paying attention is the skill you need to succeed. What you pay attention to is detail, and that skill is like sorting jewelry: Get a good loupe, learn to focus it, and then scramble amid your dazzling, jagged facets for only those few pieces that need apply.

What Ernest Hemingway taught us in the last century still gives good weight: What you leave out of the story is perhaps more important than what you put in. It does me no good to know someone's height, weight, and eye color, if those details do not drive your story forward. No matter what the level of general writing experience students have, when new to memoir, writers tend to relate when they were born, what someone else looks like, or the exact years during which they attended elementary school. Writing memoir does require including accurate facts, but writing good memoir requires more than that, and it begins with paying a particular sort of attention.

William Maxwell, the fiction editor of the New Yorker for more than forty years — he edited John Updike and John O'Hara and John Cheever — was a marvelous fiction and nonfiction writer in his own right. He believed that to write, all you need is to remember the slam of your childhood home's screen door. He's right, too, because you have what you need to write what you know. Just like Dorothy's ruby-​red shoes, you've had it on you all the time. It's what you've been doing with those details that's the problem, if you've either done nothing, have been wasting precious time on mere exercises, or are under the mistaken belief that anyone might eagerly slog through pages of facts about your life.

To transpose your life's details into real content — to write with intent — I'd add to the Flannery-​Ernest-​William adages that you must be hospitable. I have only one maxim in my office, on a little index card. It reads, "Be hospitable." And it has been there through four books, countless magazine pieces, radio essays, blog posts, and op-eds.

I've read that the great screenwriter Paddy Chayefsky kept a little nudge on his desk that said, "He gets it," and I understand how that could be the sole encouragement a screenwriter might need. In any good movie, someone has to change and be transformed. He will reach some transcendence, no matter how small. To do so, the protagonist must "get" the idea in play. For you to get the idea of writing memoir with intent, I suggest you be hospitable, though it's harder than it sounds.

Being hospitable begins with preparing a clean, well-​lighted desk, and reporting to it each day, at the same time if possible. Even if forty-​five minutes is all you can allot, allot it and show up. Woody Allen said that 80 percent of success is showing up, and while he's right, I'd remind you that showing up at a desk with overdue income-​tax forms on it doesn't work. Almost to a person, my students who are in recovery from mere writing exercises report that they write in bed or while cadging a moment at the bus stop or kitchen table, tucking in writing as time allows.

I suggest you try a little hospitality instead. Being hospitable requires that you slow down the process and do some reporting before you begin to write. Carry an index card in a pocket and in your wallet, and the next time you watch Meryl Streep transport herself from one emotion to the next, note the spare gesture she employs. Capture effective dialogue you overhear. When you attend your daughter's fourth-​grade piano recital, jot down an impression or two. It's okay, I promise, since it beats the hell out of all those other parents texting on their BlackBerries. I keep several running lists in a notebook in my car, from titles of those songs that are the soundtrack of my life, to those new and different things people seem to need to do while driving. At some point, I'll turn them into pieces, but I can't use these details later if I don't have them. And don't expect to carry these home in your head. Instead, write them down. And while I do shun those people texting at their children's performances, in other spaces, personal digital devices are fine tools for noting something that stirs you. Text yourself or make a file for your observations. In a pinch, I have even called myself and left a voice mail to remind me of something I've seen. Once you begin, you'll get comfortable with reporting on your life and will find that you'll use whatever means are at hand. What this process does not require is an expensive digital recorder, leather notebook, or Cartier pen. That's showing off.

Here's a tip I learned from my husband, a fine former reporter and a really great newspaper editor: Get yourself a pack of inexpensive spiral pocket notebooks, and when you are taking in a landscape — whether emotional or physical — turn that notebook sideways, like a sketchbook. I know how crazy this sounds, but you won't care after you see how effortlessly it signals your subconscious that you're looking for something different. Turn it vertically to report the who, what, when, and where of the topic. Go sideways for the why, where you deepen and broaden your view. Your subconscious loves little cues like this; they help you connect with those screen door slams and childhood survival skills.

Don't think so? Ever notice how distinct smells send you reeling back twenty years or how the way a man wears his hat or sips his tea conjures memories of a long-​lost love? It's a do-it-yourself world when writing memoir; we need that screen door of yours to slam just right, and if all it takes is to turn a notebook sideways, I say turn the damn notebook sideways and reap the rewards.

Being hospitable begins with the tools you need for writing what you know — notebooks, pens, and a clean desk — and then paying attention to the goods, the sounds of those porch doors.

Excerpted from The Memoir Project by Marion Roach. Copyright 2011. Used with permission by Grand Central Publishing. 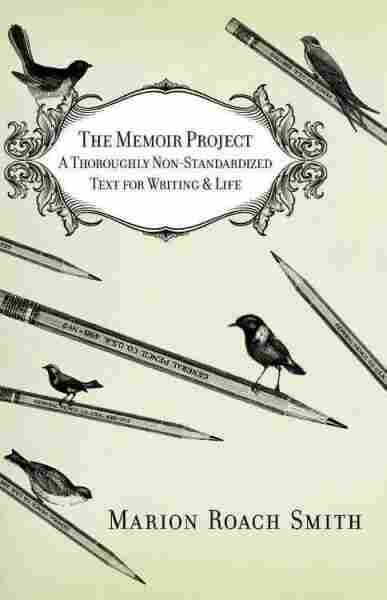