Accessibility links
Sloane Crosley Finds The Fun In 'Filth' Crosley says the novel by Irvine Welsh — also the author of Trainspotting — aces every category of "dirty" we have. Reading it, she explains, is like watching "a rusty car careen into a garbage dump of filthy phonetics and explode into a strangely beautiful ball of flames." 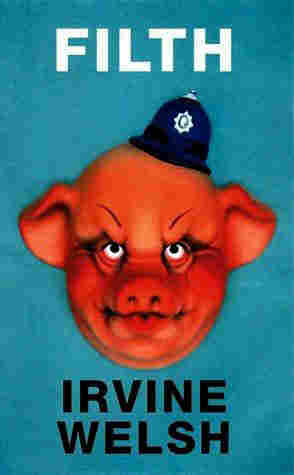 I was studying in Edinburgh when Irvine Welsh's Filth was published and the city -- or at least the city's nightlife -- was still in Trainspotting fever. Edinburgh was a place where one could get away with all manner of idiotic after-dark infractions. When life wasn't imitating art, it was drinking and smoking it.

I remember visiting the emergency room with a friend who had managed to embed a shard of pint glass in his palm after an unfortunate altercation with a bar stool. In the waiting room I found a pamphlet about brain tumors. Across the top, in that Trainspotting orange, it read: BRAINSPOTTING. Yes, Irvine Welsh was everywhere both in spirit and in actuality -- he could usually be found sitting in a booth by himself at my local pub. There he was, chips en route to face, the man who produced the single most blush-inducing and visceral novel I've ever read. There's one particularly dark scene involving some acid and a puppy.

Filth aces every category of "dirty" we have. There is, in fact, almost no way to quote from the book without cursing. It sees every needle in Trainspotting and raises it an eight ball. It is a kind of a classic Scottish detective novel only in the way Requiem for a Dream is kind of a love story.

On page one, we meet Detective Sergeant Bruce Robertson -- a moral-free zone of a person who subsists on KitKats, sausage and whiskey. As the reader tracks his adventures with casual sex, serious racism and heavy drugs, it quickly becomes apparent that this is a narrator with zero redeeming qualities.

Robertson's flaws are manifold and they come from his gut, where the secondary narrator of the book resides -- a tapeworm. A tapeworm that relays the history of its host in the Queen's English. Naturally. When the tapeworm speaks, the page becomes illegible. Illegible and brilliant. This is Welsh's clever way out of killing his darlings. Instead he mutilates them beyond recognition, leaving passage after passage as they are but with parasitic thought bubbles that run straight down the page. 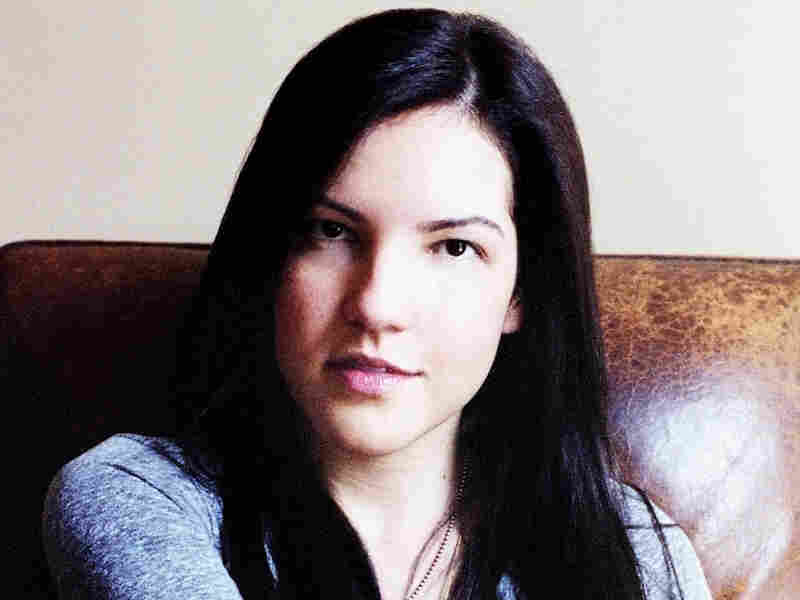 Sloane Crosley is the author of I Was Told There'd Be Cake and How Did You Get This Number. Skye Parrott hide caption 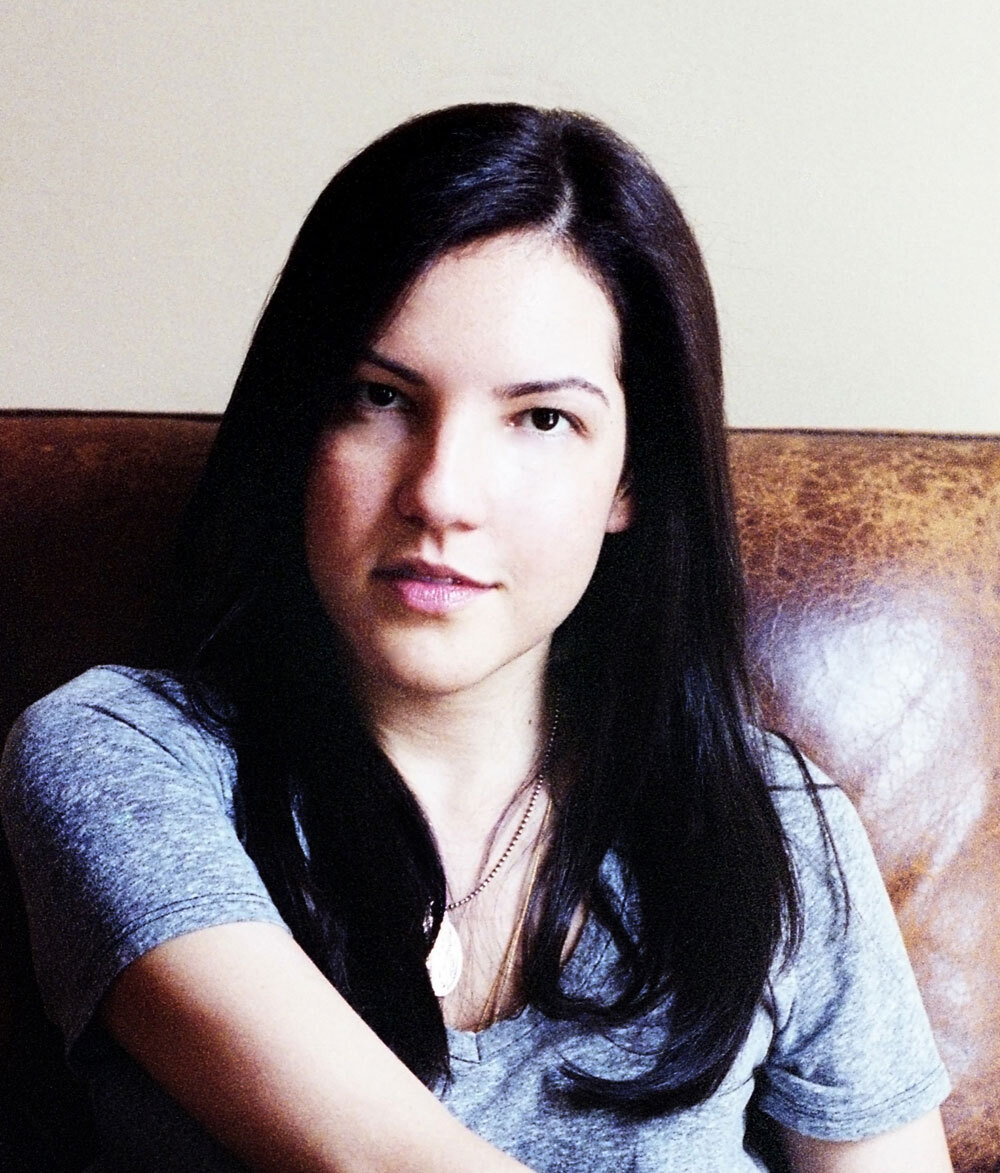 Sloane Crosley is the author of I Was Told There'd Be Cake and How Did You Get This Number.

The first time I read Filth, I sat in Princes Street Gardens and I folded back the cover. This is a book that wouldn't mean anything to anyone on a New York subway but meant everything to the youth of Edinburgh 10 years ago. People knew what was in that book. Reading Filth in public was a sign that you were either a delinquent or, worse, got off on making people think you were a delinquent. Still, even though it was embarrassing -- I couldn't stop reading it. In my Scottish literature classes, we were being plied with Robert Louis Stevenson and J.M. Barrie. I needed some edge.

But for me it's ultimately not the language or the book's reputation that makes it such a guilty pleasure. It's the structure. The thing about Filth is that it's not a great book. I know it's not a great book. It's completely engineless. There's a murder that kicks things off but that's really a red herring for this meandering character study.

Filth is a bulky, rusty car Welsh just put in neutral and pushed off a cliff. So if you like some direction in your fiction, a bit of suspense and a pinch of plot ... well, you'll need to look a little further. However, if you're the kind of person who might find it amusing to watch a rusty car careen into a garbage dump of filthy phonetics and explode into a strangely beautiful ball of flames, Filth is the book for you.

Woke up this morning.Woke up into the job.

The job. It holds you. It's all around you; a constant, enclosing absorbing gel. And when you're in the job, you look out at life through that distorted lens. Sometimes, aye, you get your wee zones of relative freedom to retreat into, those light, delicate spaces where new things, different, better things can be perceived of as possibles.

Then it stops. Suddenly you see that those zones aren't there any more.They were getting smaller, you knew that.You knew  that some day you'd have to get round to doing something about  it.When did this happen? The realisation came some time after. It doesn't really matter how long it took: two years, three, five or ten. The zones got smaller and smaller until they didn't exist, and all that's left behind is the residue. That's the games.

The games are the only way you can survive the job. Everybody has their wee vanities, their own little conceits. My one is that nobody plays the games like me, Bruce Robertson.

D.S. Robertson, soon to be D.I. Robertson. The games are always, repeat, always, being played. Most times, in any organisation, it's expedient not to acknowledge their existence. But they're always there. Like now. Now I'm sitting with a bad nut and Toal's thriving on this. I've been fucking busy and he's told me to be here, not asked, mind you, told. I got it all from Ray Lennox who was first on the scene with some uniformed spastics. Aye, I got it all from young Ray but Toal of course needs his audience. Behind the times Toalie boy, be-hind the blessed times.

He paces up and down like one of those fuckin Inspector Morse type of cunts. His briefings are the closest to action the spastic gets.Then he sits back down on his arse, petulant because people are still filing in. Respect and Toal go together like fish and chocolate ice cream, whatever the spastic deludes himself by choosing to think.

I got three sheets last night and this lighting is nipping my heid and my bowels are as greasy as a hoor's chuff at the end of a shift doon the sauna. I fart silently but move swiftly to the other side of the room.The technique is to let the fart ooze out a bit before you head off, or you just take it with you in your troosers tae the next port of call. It's like the fitba, you have to time your runs. My friend and neighbour, Tom Stronach, a professional footballer and a fanny-merchant extraordinaire, knows all about that.

Tom Stronach. Not a magic name. Not a name to conjure with.

Talking of timing, Gus Bain arrives, red-faced fae Crawford's with the sausage rolls. He's passing them around and looking like a spare prick at a hoors' convention as Toal starts his brief. Niddrie's looking on in the usual disapproving manner of the bastard. My fart-gas has wafted over to him. Result! He's waving it away ostentatiously and he thinks it's fucking Toal!

Toal stands up and clears his throat: -- Our victim is a young, black male in his early thirties. He was found on Playfair Steps at around five o'clock this morning by council refuse workers. We suspect that he lives in the London area but there is at present no positive identification. D.S. Lennox was down at the morgue last night with me, he says, nodding to young Ray Lennox who wisely keeps his features set in neutrality in order no tae flag himself up as a target for the hatred and loathing which floats aroond this room like a bad fart. My bad fart, most likely.

There was a time when we could exempt each other from that hatred and loathing. Surely there was. I feel a bit light, then it's like my brain starts to birl in my head sending my thoughts and emotions cascading around. I sense them emptying into something approximating a leaky bucket which is drained before I can examine its contents.And Toal's high, sharp voice,reaching into me.

This is where he starts to play silly buggers. -- It seems to have been a fruitless night for our friend. He was in the Jammy Joe's disco until three a.m. this morning and went home alone. That was when he was last reported alive. We can perhaps assume that our man felt very much an outsider, alone in a strange city which seemed to have excluded him. 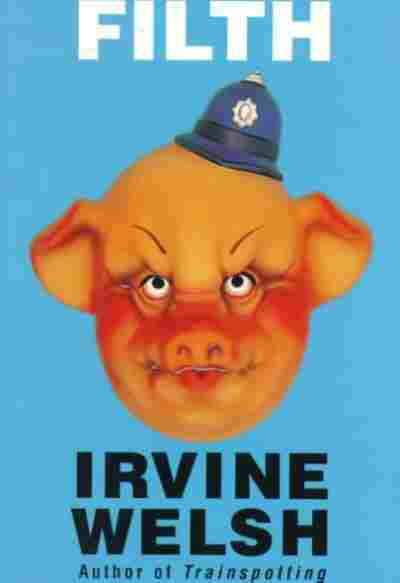