Accessibility links
'Long, Last, Happy': Barry Hannah's Southern Charm Barry Hannah was a lit firecracker in a whiskey bottle, and no one who's ever experienced his work can forget it. Michael Schaub discusses why his retrospective story collection is a must-read. 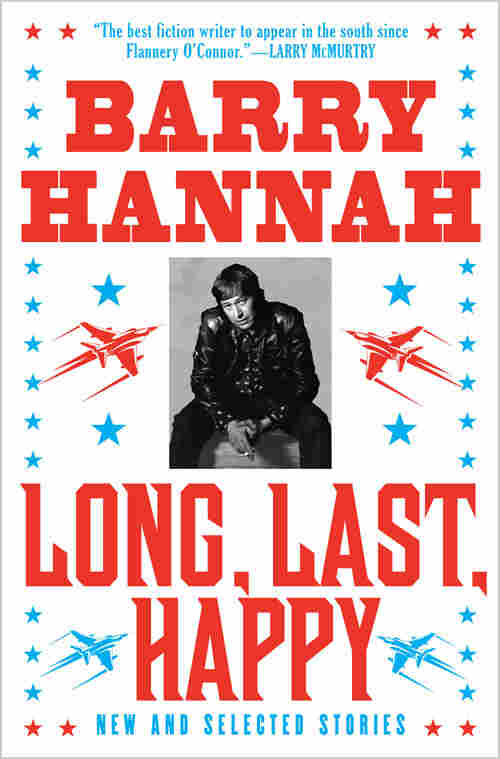 Barry Hannah was a lit firecracker in a whiskey bottle, and no one who's ever experienced his work can forget it. I was 16 when I first read Airships, Hannah's debut short story collection. It was like hearing Bob Dylan for the first time, if Dylan had been an unrestrained, funny as hell, bourbon-soaked Southerner. And while I'd read my Faulkner and grew up two states away from Hannah's beloved Mississippi, I'd never realized Southern literature — any literature — could do this before. If Barry Hannah's fiction didn't change my life, exactly, it made it more fun — and probably saved me from an intolerable teenage Sartre and Camus phase.

There will never be another Hannah, as the literary world realized in March of last year, when the author died suddenly of a heart attack at 67. He left behind a wealth of novels and short stories, though, some of which (Geronimo Rex, Bats out of Hell) will be guaranteed places in the canon for a very long time. The new Long, Last, Happy: New and Selected Stories collects some of Hannah's best work and includes four new stories that Hannah had completed before his death. It's not only the perfect introduction to Hannah's fiction; combined with the previously unpublished stories, it forms a stunning, defiant and wholly original valediction from the second king of Mississippi literature.

Hannah was obsessed with the best and worst of the region and country to which his art was so devoted. He was fascinated with war, and in stories like "Dragged Fighting from His Tomb," a bizarre, explosive Civil War tale, he captures the insanity of the conflict with anger and something like a bitter sense of humor. The same goes for "Sick Soldier at Your Door," one of the new stories here, about a veteran of the first Gulf War that reads almost like a reprise. He tackles American literary history with "Two Things, Dimly, Were Going at Each Other," an angry, funny, (very) thinly veiled story about William S. Burroughs. And although he loved writing about America's favorite pastimes, both good (fishing, love, drinking) and bad (war, love, drinking), he was maybe at his best when he wrote about music — the heartbreaking "Rat-faced Auntie," which chronicles a jazz band with drug-addicted players "shot full of the world's worst bad," is unforgettable.

It's been over 15 years since I first discovered Hannah in the stacks of my high school library (how he came to be included in the collection of a tiny Catholic school, I'll never know), but reading these stories made me realize that the effect he has on his fans doesn't dissipate over time. I remember nearly crying when reading "High-Water Railers" in college. I did cry this time. The man wrote the way Django Reinhardt played guitar — you have to experience it to believe it, and even then, you're not entirely sure how the hell he pulled it off. He was an American original, a bona fide Southern hell-raiser with the voice of a drunk angel, shot full of the world's best good.

When I am run down and flocked around by the world, I go down to Farte Cove off the Yazoo River and take my beer to the end of the pier where the old liars are still snapping and wheezing at one another. The lineup is always different, because they're always dying out or succumbing to constipation, etc., whereupon they go back to the cabins and wait for a good day when they can come out and lie again, leaning on the rail with coats full of bran cookies. The son of the man the cove was named for is often out there. He pronounces his name Fartay, with a great French stress on the last syllable. Other wise you might laugh at his history or ignore it in favor of the name as it's spelled on the sign.

This poor dignified man has had to explain his nobility to the semiliterate of half of America before he could even begin a decent conversation with them. On the other hand, Farte, Jr., is a great liar himself. He tells about seeing ghost people around the lake and tells big loose ones about the size of the fish those ghosts took out of Farte Cove in years past.

Last year I turned thirty-three years old and, raised a Baptist, I had a sense of being Jesus and coming to something decided in my life -- because we all know Jesus was crucified at thirty-three. It had all seemed especially important, what you do in this year, and holy with meaning.

On the morning after my birthday party, during which I and my wife almost drowned in vodka cocktails, we both woke up to the making of a truth session about the lovers we'd had before we met each other. I had a mildly exciting and usual history, and she had about the same, which surprised me. For ten years she'd sworn I was the first. I could not believe her history was exactly equal with mine. It hurt me to think that in the era when there were supposed to be virgins she had allowed anyone but me, and so on.

I was dazed and exhilarated by this information for several weeks. Finally, it drove me crazy, and I came out to Farte Cove to rest, under the pretense of a fishing week with my chum Wyatt.

I'm still figuring out why I couldn't handle it.

My sense of the past is vivid and slow. I hear every sign and see every shadow. The movement of every limb in every passionate event occupies my mind. I have a prurience on the grand scale. It makes no sense that I should be angry about happenings before she and I ever saw each other. Yet I feel an impotent homicidal urge in the matter of her lovers. She has excused my episodes as the course of things, though she has a vivid memory too. But there is a blurred nostalgia women have that men don't.

You could not believe how handsome and delicate my wife is naked.

I was driven wild by the bodies that had trespassed her twelve and thirteen years ago.

My vacation at Farte Cove wasn't like that easy little bit you get as a rich New Yorker. My finances weren't in great shape; to be true, they were about in ruin, and I left the house knowing my wife would have to answer the phone to hold off, for instance, the phone company itself. Everybody wanted money and I didn't have any.

I was going to take the next week in the house while she went away, watch our three kids and all the rest. When you both teach part-time in the high schools, the income can be slow in summer.

No poor-mouthing here. I don't want anybody's pity. I just want to explain. I've got good hopes of a job over at Alabama next year. Then I'll get myself among higher paid liars, that's all.

Sidney Farte was out there prevaricating away at the end of the pier when Wyatt and I got there Friday evening. The old faces I recognized; a few new harkening idlers I didn't.

"Now, Doctor Mooney, he not only saw the ghost of Lily, he says he had intercourse with her. Said it was involuntary. Before he knew what he was doing, he was on her making cadence and all their clothes blown away off in the trees around the shore. She turned into a wax candle right under him."

"Intercourse," said an old-timer, breathing heavy. He sat up on the rail. It was a word of high danger to his old mind. He said it with a long disgust, glad, I guess, he was not involved.

"MacIntire, a Presbyterian preacher, I seen him come out here with his son-in-law, anchor near the bridge, and pull up fifty or more white perch big as small pumpkins. You know what they was using for bait?"

"What?" asked another geezer.

"Nuthin. Caught on the bare hook. It was Gawd made them fish bite," said Sidney Farte, going at it good.

"Naw. There be a season they bite a bare hook. Gawd didn't have to've done that," said another old guy, with a fringe of red hair and a racy Florida shirt.

"Nother night," said Sidney Farte, "I saw the ghost of Yazoo hisself with my pa, who's dead. A Indian king with four deer around him."

The old boys seemed to be used to this one. Nobody said anything. They ignored Sidney.

"Tell you what," said a well-built small old boy. "That was somethin when we come down here and had to chase that whole high school party off the end of this pier, them drunken children. They was smokin dope and two-thirds a them nekid swimmin in the water. Good hunnerd of em. From your so-called good high school. What you think's happnin at the bad ones?"

From "Water Liars" as it appears in Long, Last, Happy. Copyright 1978, 2010 by Barry Hannah. Excerpted by permission of Grove Atlantic, Inc. 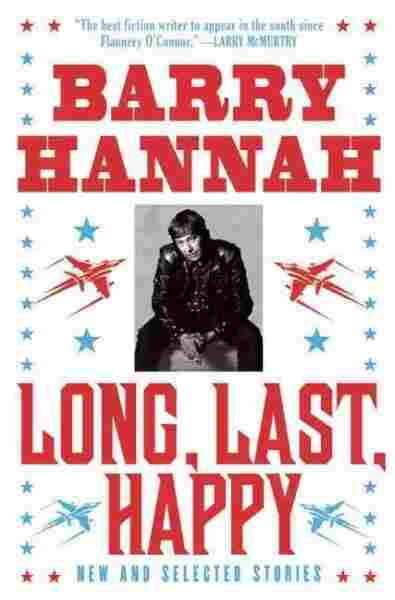