Accessibility links
Marilyn Monroe, From Her Lap Dog's Perspective In Maf the Dog, Scottish writer Andrew O'Hagan imagines the life of Marilyn Monroe from the perspective of her white Maltese, and the results are odd and dazzling. 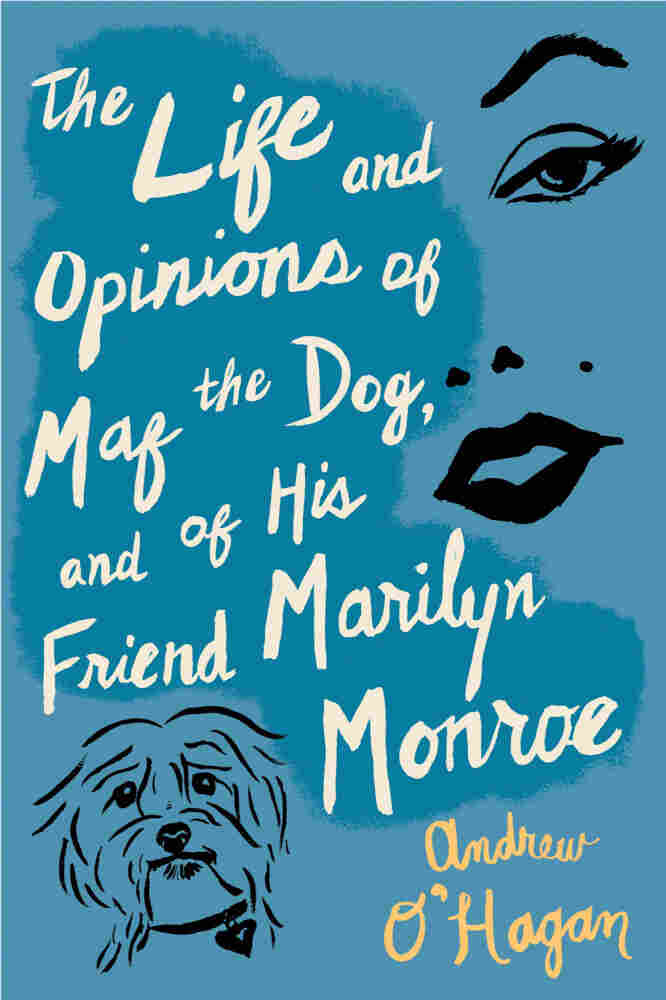 The Life and Opinions of Maf the Dog, and of His Friend Marilyn Monroe
By Andrew O'Hagan
Hardcover, 277 pages
Houghton Mifflin Harcourt
List Price: $24

If you're going to add to the heaps of books about Marilyn Monroe, that luscious object of endless ogling and fascination, you'd better have a fresh angle. Scottish writer Andrew O'Hagan, the author of two Booker Prize contenders, Our Fathers (1999) and Be Near Me (2006), sure does. His clever fourth novel, The Life and Opinions of Maf the Dog, and of His Friend Marilyn Monroe, is narrated from the perspective of the (real-life) white Maltese given to Monroe by Frank Sinatra in 1960, shortly after she separated from Arthur Miller and just two years before she died of an overdose of sleeping pills at age 36.

Maf, short for Mafia Honey, is of course not your ordinary dog, and his dazzling but occasionally wearying "memoir" is a wry twist on a shaggy dog story. Marilyn's "fated companion," as he calls himself, cites Plato, Plutarch, Trotsky and Locke in sometimes pretentious and convoluted but generally hilarious disquisitions on celebrity, identity, art, literature, politics and a survey of canines in literature, from Cervantes to Chekhov. He explains that dogs absorb everything known to their owners, plus "the thoughts of those we meet." And, oh, the people Maf meets!

O'Hagan's novel features more famous characters (all safely dead) than a Tom Stoppard play. The tale of the Scottish-born self-proclaimed "aristocrat of the canine world" takes him from the English country house of Vanessa Bell and Duncan Grant to California, where Natalie Wood's Russian emigre mother sells him to Sinatra, who transports him to newly single Monroe's swank Sutton Place apartment, with its "powerful feeling of departed resentment."

In short order, Maf becomes Marilyn's best friend and protector, accompanying her to her hairdresser, her undermining analyst and parties, including an evening at Peter Lawford's, where she has an intense conversation -- and, according to Maf, nothing more -- with President Kennedy about the wages of fame. An insightful, unusually sympathetic portrait of the insecure star emerges: "It was as if the world had bleached her with attention." Marilyn, Maf notes, "wanted to learn to take herself seriously, to value her experience. And yet she was hitched to the person she had always been: the girl who was sweet and available, who now took pills and drank." 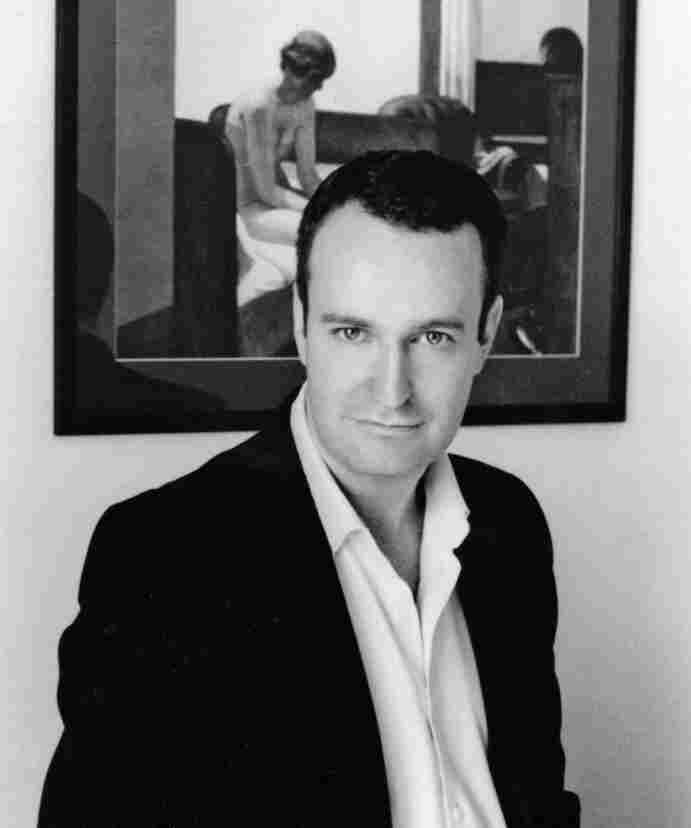 O'Hagan delivers some great lines, including Maf's comment on Monroe's heavy Russian reading: "I wished I could tell her to leave all that to the mutts: anybody can read a book, but Marilyn could make people dream." When Marilyn recalls a teacher who said she could do anything she put her mind to, she adds ruefully, "But I put my mind into tight sweaters instead."

Not all the philosophical ruminations work, but a literary catfight at a book party at Alfred Kazin's apartment is satire with real bite. "Two bores," Lillian Hellman and Edmund Wilson, incite an irritated Maf to sink his teeth into them, causing Diana Trilling to laud his "most exquisite critical taste." During a debate about whether literature's role is narcotic or escapist, Irving Howe comments, "Show me a good novel and I will show you a centre of vibrancy. ... Where are today's comic novels?"

Well, look no further. Describing George Cukor -- the director of Monroe's last, unfinished film, Something's Got to Give -- O'Hagan cites his talent for "a great depth of lightness." This wonderful phrase also applies to Maf the Dog.

Excerpt: 'The Life And Opinions Of Maf The Dog, And Of His Friend Marilyn Monroe'

The Life and Opinions of Maf the Dog, and of His Friend Marilyn Monroe
By Andrew O'Hagan
Hardcover, 277 pages
Houghton Mifflin Harcourt
List Price: $24

My story really begins at Charleston, a perfect haunt of light and invention that stands in the English countryside. It was warm that summer and the mornings went far into the afternoon, when the best of the garden would come into the house, the flowers arranged in pots and given new life by Vanessa in her fertile hours. She was always there with her oils and her eyes, the light falling through the glass ceiling to inflame the possibility of something new. She had good days and bad days. On good days she set out her brushes and knew the time was right for work when all her memories became like an aspect of sleep.

It was June 1960. The gardener had just brought a tray of foxgloves into the kitchen, the flowers pert but deafened after a week or two of bees. I was sitting in a basket next to the oven when a ladybird crawled over the table. 'He's got the knock, innee?' said the insect, climbing over a breadcrumb.

Mr Higgens swiped the soil off the table and the poor creature, too. 'Bloody slummocky in here,' he said. 'Grace! Where you want them?'

People have no head for miracles. They are pressed into shape by the force of reality, a curse if you ask me. But never mind: I was lucky to have my two painters, Vanessa Bell and Duncan Grant, a pair who, for all their differences, shared a determination to dream the world they lived in and fashion it into permanence. And what a blessing it was to paddle about on those Sussex flagstones and chase the yellow wasps, turning slowly into lovely me, the sort of dog who is set for foreign adventures and ordained to tell the story.

From The Life and Opinions of Maf the Dog, and of His Friend Marilyn Monroe by Andrew O'Hagan. Copyright 2010 Andrew O'Hagan. Excerpted by permission of Houghton Mifflin Harcourt. 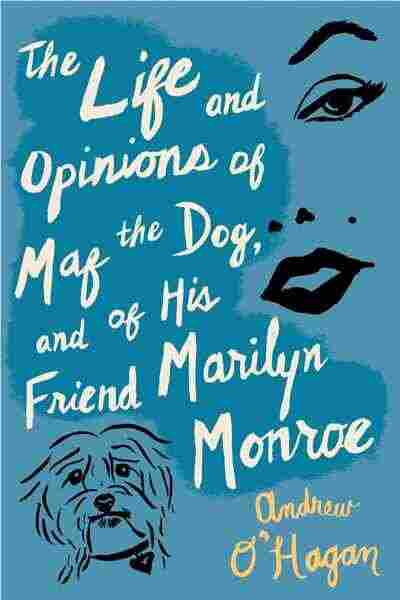 The Life and Opinions of Maf the Dog, and of His Friend Marilyn Monroe

Title
The Life and Opinions of Maf the Dog, and of His Friend Marilyn Monroe
Author
Andrew O'Hagan