Accessibility links
'The Lover's Dictionary': Definitions For Heartbreak Young adult author David Levithan covers adult territory in his new novel, a collection of short definitions for terms throughout a relationship. In little bursts, he helps the reader to understand the bigger picture of a love affair.

'The Lover's Dictionary': Definitions For Heartbreak

'The Lover's Dictionary': Definitions For Heartbreak 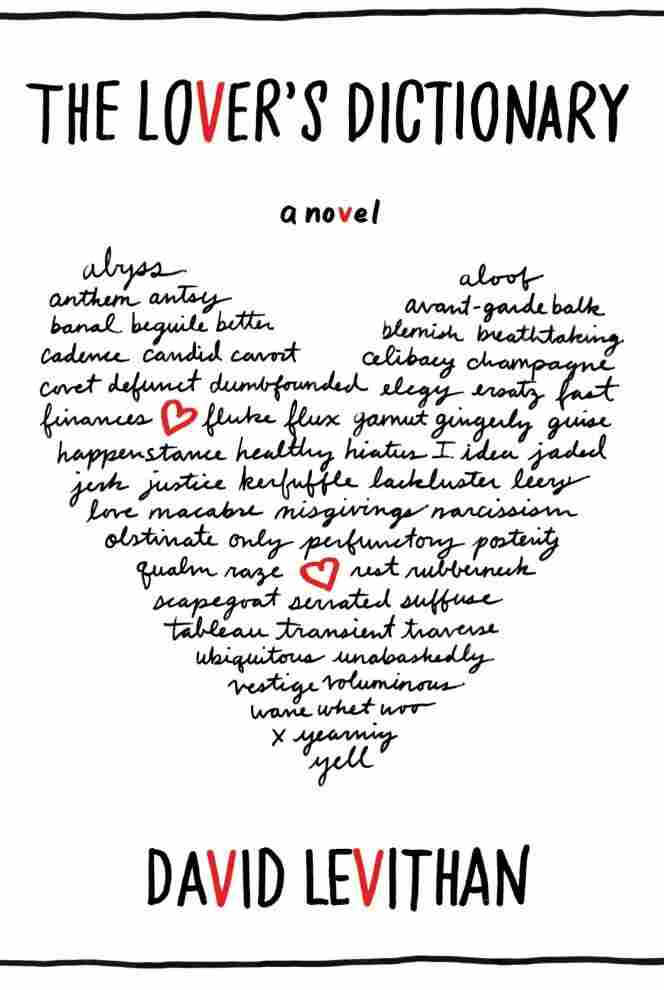 David Levithan, an editorial director at Scholastic Books and a popular author of young adult fiction (including an unusually un-fraught novel about gay adolescents, Boy Meets Boy), brings ingenuity and a wry edge to his first adult novel. The Lover's Dictionary cleverly uses about 200 unorthodox word definitions, from aberrant to zenith, to tell the story of a couple who meet online, move in together and struggle to weather infidelity.

The cheated-upon steadier mate, who narrates, is male, but it's deliberately unclear whether his poorly behaved lover, who comes from a less happy home and drinks, flirts and buys shoes to excess, is male or female. Amazingly, it doesn't really matter. Also left open to interpretation is whether the relationship endures -- an uncertainty some readers may find intriguing, others frustrating.

Although its originality is incontestable, The Lover's Dictionary does bring to mind some antecedents, including Alain de Botton's 1993 novel On Love, which, via numbered sections under chapter headings such as "Romantic Fatalism," "Idealism" and "Suicide," relays the ups and downs of a romance begun on an airplane. It also evokes Ambrose Bierce's sardonic but non-narrative 1911 The Devil's Dictionary, another glossary packed with personality and sharp opinions that deviate from standard definitions. For the record, the cynical Bierce defines "love," in part, as "the folly of thinking much of another before one knows anything of oneself," or, alternately, "a temporary insanity curable by marriage."

Levithan's lexicon seems to invite casual browsing through its brief entries, each sprawled on a king-size mattress of a page all to itself. But while he revels in modern nonlinear storytelling, Levithan has made an elaborate bed that requires assembling the various pillows and shams in a specific order, proceeding very deliberately from brash ("I loved the notion that the night was mine to spend, and I immediately decided to spend it on you") to breach ("I didn't want to know who he was, or what you did, or that it didn't mean anything"). Details of the narrator's pained reaction to his lover's betrayal are doled out and amplified in succeeding entries, such as: "leery, adj. Those first few weeks, after you told me, I wasn't sure we were going to make it. ... Finally, I said, 'It's over' "; and "persevere, v. You started to cry, and I quickly said, 'No -- I mean this part is over. We have to get to the next part.' " 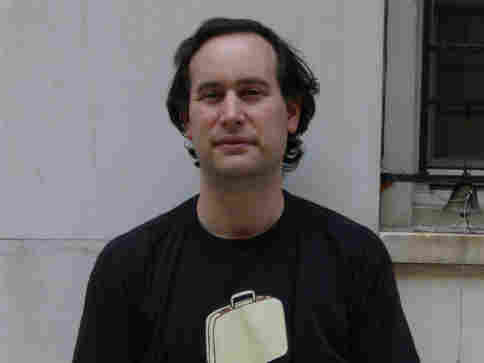 David Levithan is the editorial director of Scholastic and the author of several books, including Nick and Norah's Infinite Playlist and Boy Meets Boy. Jake Hamilton hide caption 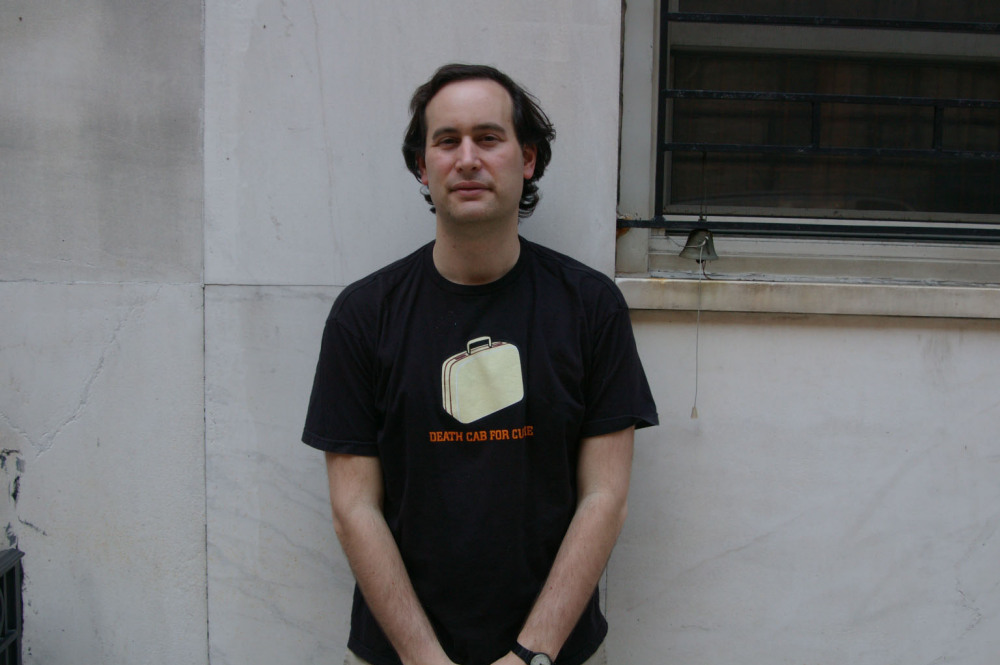 David Levithan is the editorial director of Scholastic and the author of several books, including Nick and Norah's Infinite Playlist and Boy Meets Boy.

Among the novel's pleasures are micro-stories that speak volumes, reminiscent of Lydia Davis' work. Two, in their entirety, read: "antsy, adj. I swore I would never take you to the opera again," and, "kerfuffle, n. From now on, you are only allowed one drink at any of my office parties. One. Preferably a beer."

There's plenty of reflection, not just on the relationship but on the attempt to distill and describe such complex feeling, including this: "Trying to write about love is ultimately like trying to have a dictionary represent life. No matter how many words there are, there will never be enough." That, by the way, is Levithan's definition of ineffable.

Me without anyone else.

This time, I'm really going to do it."

And I tell you I'll help. It's almost a script at this point.

We stopped counting our relationship in dates (first date, second date, fifth date, seventh) and started counting it in months. That might have been the first true commitment, this shift in terminology. We never talked about it, but we were at a party and someone asked how long we'd been together, and when you said, "A month and a half," I knew we had gotten there.

I have summer Fridays off; you don't. So what better reason for me to take you to lunch and then keep you at lunch for the whole afternoon? Reserving these afternoons to do all the city things we never get around to doing – wandering through MoMA, stopping in at the Hayden Planetarium, hopping onto the Staten Island Ferry and riding back and forth, back and forth, watching all the people as they unknowingly parade for us. You notice clothes more than I do, so it's a pleasure to hear your running commentary, to construct lives out of worn handbags or shirts opened one button too low. Had we tried to plan these excursions, they never would have worked. There has to be that feeling of escape.

You left your email open on my computer. I couldn't help it – I didn't open any of them, but I did look at who they were from, and was relieved.

The doubts. You had to save me from my constant doubts. That deep-seeded feeling that I wasn't good enough for anything – I was a fake at my job, I wasn't your equal, my friends would forget me if I moved away for a month. It wasn't as easy as hearing voices – nobody was telling me this. It was just something I knew. Everyone else was playing along, but I was sure that one day they would all stop.

That first night, you took your finger and pointed to the top of my head, then traced a line between my eyes, down my nose, over my lips, down my neck, to the center of my chest. It was so surprising, I knew I would never mimic it. That one gesture would be yours forever.

These words will ultimately end up being the barest of reflections, devoid of the sensations words cannot convey. Trying to write about love is ultimately like trying to have a dictionary represent life. No matter how many words there are, there will never be enough.

We think of them as hiding in the hills – rebels, ransackers, rogue revolutionaries. But really, aren't they just guilty of infidelity?

"Why do you always make the bed?" I asked. "We're only going to get back in it later tonight."

You looked at me like I was the worst kind of slacker.

"It's just what I've always done," you said. "We always had to make our bed. Always."

I was so nervous to meet Kathryn. You'd made it clear she was the only friend whose opinion you really cared about, so I spent more time getting dressed for her than I ever had for you. We met at that sushi place on Seventh Avenue and I awkwardly shook her hand, then told her I'd heard so much about her, which came off like me trying to legitimize your friendship, when I was the one who needed to get the stamp of approval. I was on safer ground once we started talking about books, and she seemed impressed that I actually read them. She remarked on the steadiness of my job, the steadiness of my family. I wasn't sure I wanted to be steady, but she saw my unease and assured me it was a good thing, not usually your type. We found out we'd gone to summer camp within ten minutes of each other, and that sealed it. You were lost in our tales of the Berkshires and the long, unappreciative stretches we'd spent on the Tanglewood lawn.

At the end of the dinner, I got a hug, not a handshake. She seemed so relieved. I should have been glad . . . but it only made me wonder about the other guys of yours that she'd met. I wondered why I was considered such a break from the norm. 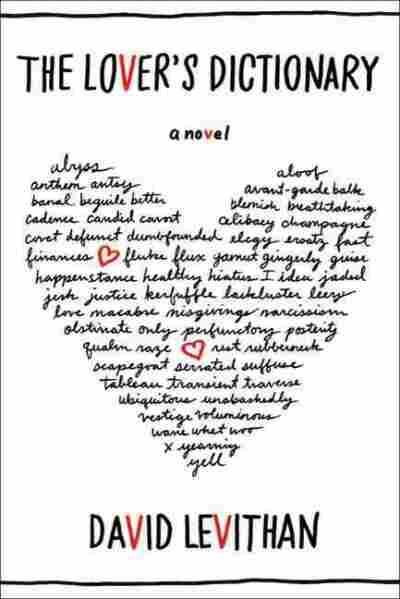