Accessibility links
Mining J.D. Salinger's Reclusive 'Life' For Answers In a new biography of the famously reclusive author J.D. Salinger — and the first since the author's death — Kenneth Slawenski admirably tries to mine the writer's secrets for answers. But without much material to work from, the book doesn't offer many new revelations. 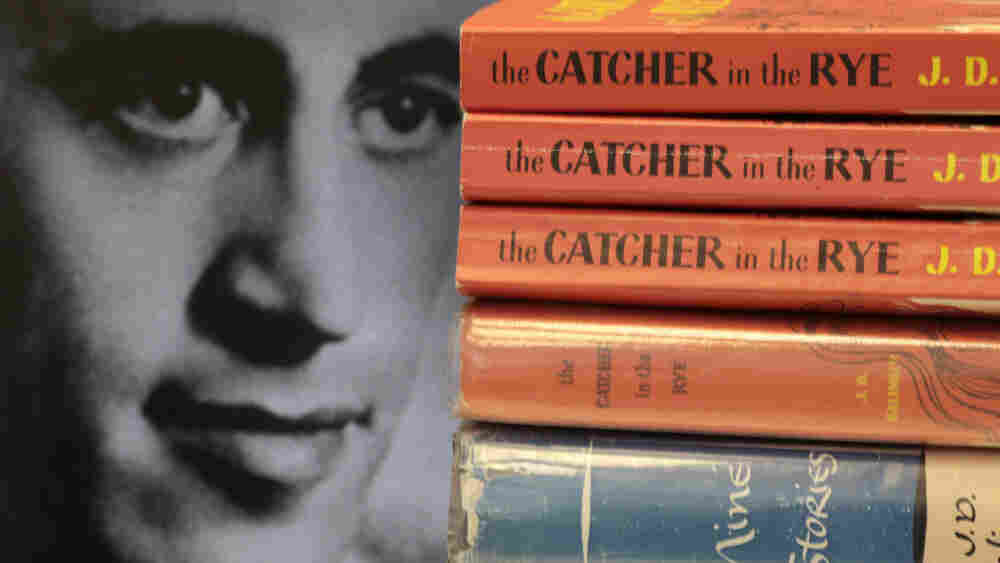 The title of Kenneth Slawenski's biography, the first major work on the author since his death one year ago, is J.D. Salinger: A Life, but there is no easy way to approach the subject. The most famously reclusive of all American writers, Salinger's "life" is hardly as available to us as the myth, the one we've all been familiar with since adolescence: He lived in the woods; he drank bottles of his own urine; he was really Thomas Pynchon. The biographer has his work cut out for him.

For the attempt alone, Slawenski, who has run a popular Salinger fansite since 2004 and has been at work on this biography (his first book) for eight years, establishes himself as a brave, confident writer. In a commendable act of literary journalism, he unearths all of Salinger's early, largely unavailable magazine stories and presents them to the reader in great detail. He gives us scenes of Salinger in the so-called bunker, the detached room of his Cornish, N.H., home where he went every day to write. Slawenski tells us of the resulting neglect of Salinger's family, friends and even his own life.

Therein lies the major problem of any serious biography of the author: the hours spent cooped up alone, further complicating the story of a man who was secretive to begin with. In the absence of concrete information, Slawenski retreats into half-hearted attempts at elucidating the author's writing. In a particularly tepid reading of one of Salinger's early short stories, "Both Parties Concerned," Slawenski writes that the work's two protagonists "were created as simple characters, but their simplicity adds to their believability ... all the more poignant for being so easily related to by the reader."

Salinger tapped into the very heart of middle class dissatisfaction, of the dark side of domesticity. We want to get close to him because he remains such a mystery.

Putting aside the unfortunate passivity of Slawenski's voice, the sentiment falls into what David Foster Wallace once called "the unhappy paradox of literary biographies," otherwise known as the intentional fallacy. The readers of a writer's life will often be admirers of his work (a group that Slawenski, who reveals himself to be an unequivocal defender of Salinger in this book, is unquestionably a part of). They will wish for the life to validate that work only to find that fiction and real life are quite distinct. Salinger further complicates this dynamic because of his compulsively reticent lifestyle. Still, that Salinger was a realist is no revelation, and arguing that a work of fiction is "believable" is as meaningless as describing a boxing match as violent. 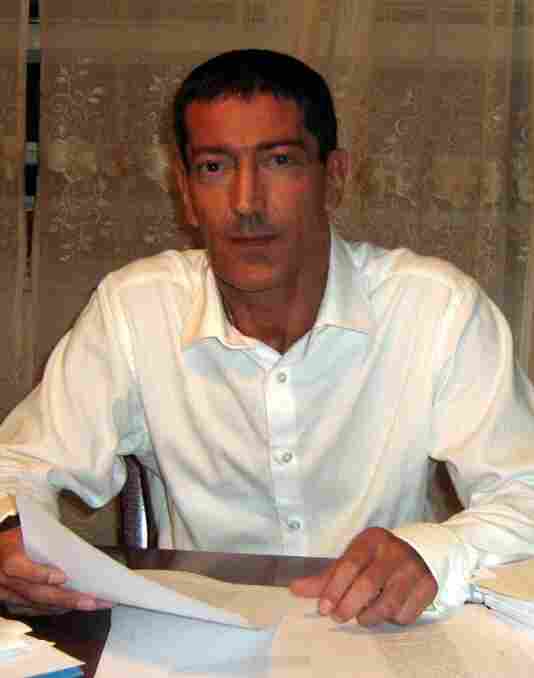 Author Kenneth Slawenski lives in New Jersey. He founded the website DeadCaulfields.com, and has been researching J.D. Salinger: A Life for the past eight years.   hide caption 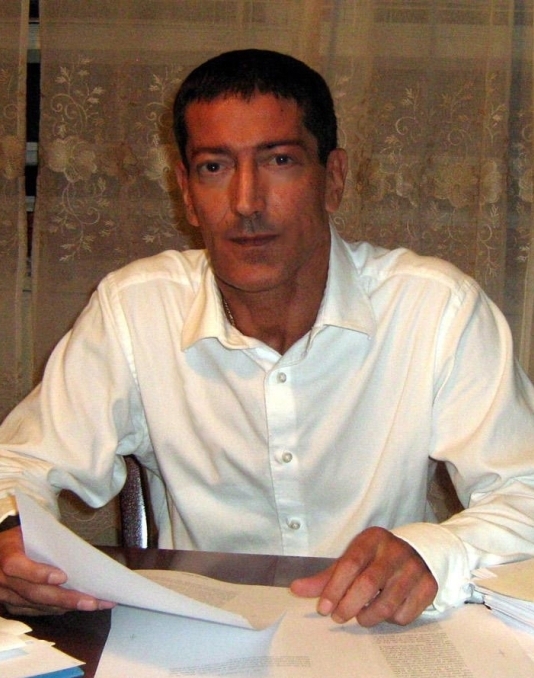 Author Kenneth Slawenski lives in New Jersey. He founded the website DeadCaulfields.com, and has been researching J.D. Salinger: A Life for the past eight years.

What makes Salinger so appealing as a man separate from his work is how personal his literary legacy feels. Going through a Holden Caulfield phase is as desirable to 15-year-olds as learning how to drive. American families will continue, as ever, to see themselves in the Glass stories, in all their tragic, dysfunctional glory. Salinger tapped into the very heart of middle class dissatisfaction, of the dark side of domesticity. We want to get close to him because he remains such a mystery.

It is no surprise, then, that the most endearing section of Slawenski's book is also the most eventful: Salinger's traumatic experience during World War II. But even his time as a soldier reveals him to be a writer in the strictest sense. He fought and survived on D-Day only to be shuffled off to the brutal Hurtgen Forest. He saw nearly continuous battle for 11 months. This did not stop him from sneaking away one night to talk shop and drink champagne with Ernest Hemingway, covering the war for Collier's, in a nearby cabin away from combat.

In between firefights, Salinger hid in foxholes to write form letters to editors and revise stories. Even in the face of death, his work was his life. A life lived entirely behind the writing desk, endlessly scratching out certain words and replacing them with better ones, can never be as interesting as the myths we dream up.

In the opening lines of The Catcher in the Rye, Holden Caulfield refuses to share his parents' past with the reader, deriding any recount of "how they were occupied and all before they had me, and all that David Copperfield kind of crap." "My parents," he explains, "would have about two hemorrhages apiece if I told anything pretty personal about them." This apparent elusiveness on the part of Holden's parents was imported directly from the attitudes of Salinger's own mother and father. Sol and Miriam rarely spoke of past events, especially to their children, and their attitude created an air of secrecy that permeated the Salinger household and caused Doris and Sonny to grow into intensely private people.

The Salingers' insistence upon privacy also led to rumors. Over the years, Miriam and Sol's story has been repeatedly embellished. This began in 1963, when the literary critic Warren French repeated a claim in a Life magazine article that Miriam had been Scotch-Irish. In time, the term "Scotch-Irish" transformed itself into the assertion that Salinger's mother had actually been born in County Cork, Ireland. This led in turn to what is perhaps the most commonly repeated story told about Salinger's mother and father: that Miriam's parents, supposedly Irish Catholic, were so adamantly opposed to her marriage to Sol, because he was Jewish, that they gave the couple little choice but to elope. And, upon learning of their daughter's defiance, they never spoke a word to her again.

None of this has any basis in fact, yet by the time of her death in 2001, even Salinger's sister, Doris, had been persuaded that her mother had been born in Ireland and that she and Sonny had been purposely denied a relationship with their grandparents.

The circumstances surrounding Miriam's family and her marriage to Sol were quite painful enough without embroidery through rumor. However, Salinger's parents exacerbated that pain by attempting to conceal their past from their children. In doing so, they not only invited fictitious versions of their history but confused their children too. By attempting to restrain Doris's and Sonny's natural curiosity, Miriam and Sol actually gave credence to a fabricated past that remained with them all their lives.

Sonny's mother was born Marie Jillich on May 11, 1891, in the small midwestern town of Atlantic, Iowa. Her parents, Nellie and George Lester Jillich, Jr., were twenty and twenty-four, respectively, at the time of her birth, and records show that she was the second of six surviving children. Marie's grandparents George Lester Jillich, Sr., and Mary Jane Bennett had been the first Jillichs to settle in Iowa. The grandson of German immigrants, George, Sr., had moved from Mas?sachusetts to Ohio, where he met and married his wife. He served briefly with the 192nd Ohio Regiment during the Civil War, and after he returned home in 1865, Mary Jane gave birth to Marie's father. George, Sr., eventually established himself as a successful grain merchant and by 1891 was in firm position as head of the Jillich clan, with his sons George, Jr., and Frank following him into the trade.

Although Marie later maintained that her mother, Nellie McMahon, had been born in Kansas City in 1871, the daughter of Irish immigrants, four sets of federal census records (1900, 1910, 1920, and 1930) suggest that she is more likely to have come from Iowa. Family tradition has it that Marie met Solomon early in 1910 at a county fair near the Jillich family farm (an unlikely location since no such farm existed). The manager of a Chicago movie theater, Solomon, who was called "Sollie" by his family and "Sol" by his friends, was six feet tall with a whiff of big-city sophistication. Just seventeen, Marie was an arresting beauty, with fair skin and long red hair that contrasted with Sol's olive complexion. Their romance was immediate and intense, and Sol was determined to marry Marie from the start.

A rapid series of events, some of them heartbreaking, would occur that year, culminating in Marie's marriage to Sol in the spring of 1910. While the Salingers had steadily improved their position since Simon's arrival, the Jillichs had suddenly encountered difficulties. Marie's father had died the previous year. Unable to keep the family afloat, her mother had taken the youngest of the children and relocated to Michigan, where she later remarried. Marie did not move with her mother, because of her age and her relationship with Sol. Her swift romance and marriage to Solomon therefore proved to be providential, especially when, by the time of Sonny's birth in 1919, her mother, Nellie, had also died. The loss of both parents was possibly enough to make Marie reluctant to discuss them even with her own children. Rather than cling to the past, she devoted herself completely to a new life with her new husband. Left with only the Salingers now as family, she sought their acceptance by embracing Judaism and changing her name to Miriam, after the sister of Moses.

Simon and Fannie thought that Marie, with her milky-fair skin and auburn hair, looked like "a little Irisher." In a city with thousands of eligible Jewish girls, they never dreamed that Sollie would bring home a red-haired Gentile from Iowa, but they accepted Miriam as their new daughter-in-law, and she soon moved into their Chicago home.

Miriam joined Sol working at the movie theater, where she sold tickets and concessions. Despite their efforts, the theater was unsuccessful and was forced to close, sending the new bridegroom in search of employment. He soon found a position working for J. S. Hoffman & Company, an importer of European cheeses and meats that went by the brand name Hofco. After the disappointment with the theater, Sol swore never to fail at business again and applied himself to his new company duties with devotion. This dedication paid off, and after Doris's birth in December 1912, he was promoted to general manager of Hoffman's New York division, becoming, as he coolly declared, "the manager of a cheese factory."

Sol's new position required the Salingers to move to New York City, where they settled into a comfortable apartment at 500 West 113th Street, close to Columbia University and the Cathedral of Saint John the Divine. Although Sol was now in the business of vending a series of hams—distinctly the most unkosher of foods—along with his cheeses, he had managed to continue the Salinger custom of advancing beyond the previous generation, an accomplishment of which he was extraordinarily proud. But business became his life, and by the time of his thirtieth birthday in 1917, his hair had gone completely "iron grey."

Digging For Pearls In The New Salinger Biography Jan. 25, 2011 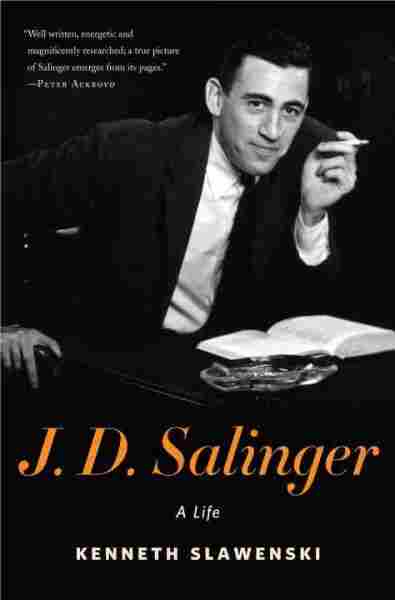