Accessibility links
Joyce Carol Oates' Brave, Intimate Story Of 'A Widow' The prolific author lost her husband of 47 years after a sudden onset of pneumonia; in her new memoir, Oates shares her acute frustration with mourning rituals — and the solace to be found in coming to know her late husband in a new way, through reading his unpublished writing. 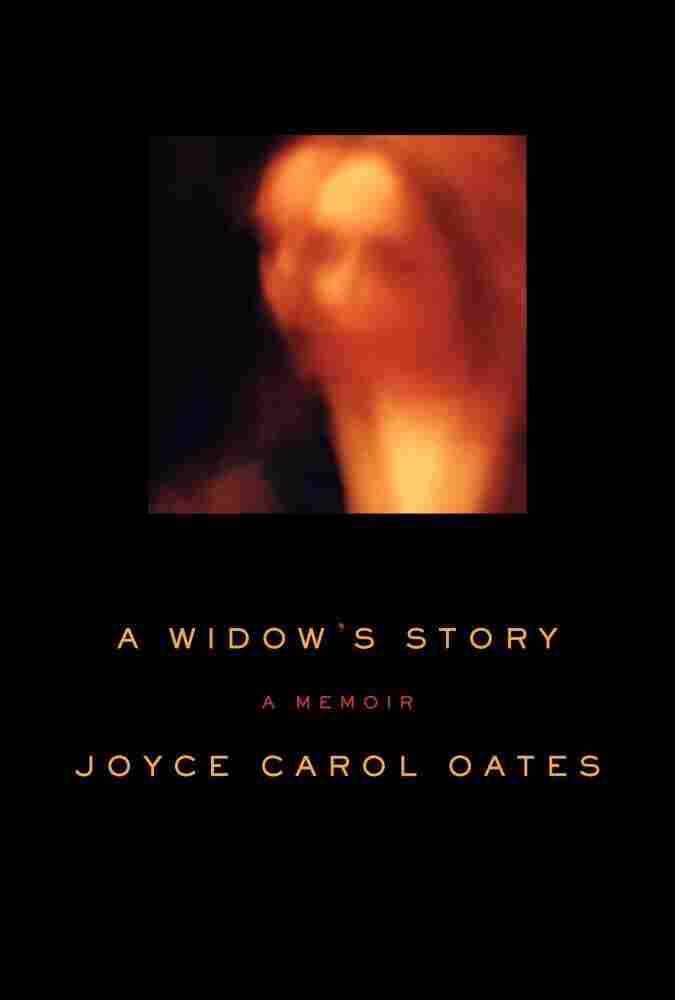 "Though Ray has left me it is not so easy for me to leave him," Joyce Carol Oates writes in this brave, dark but slyly mordant memoir about her extreme distress in the months following the sudden death of her husband, longtime Ontario Review Editor Raymond Smith, from complications of pneumonia after 47 years of marriage.

Culled from journals and e-mails penned at her most distraught, Oates writes of feeling "wrong to have outlived Ray," "like a balloon from which air has leaked," "a ghost haunting her own house," at once posthumous and suicidal. She describes her tormented nocturnal life as "the Jersey Turnpike of insomnia" and cites Friedrich Nietzsche, John Crowe Ransom, Emily Dickinson, Ernest Hemingway and Anne Sexton in her recurring meditation on suicide as a consoling temptation.

You might think that Oates, the author of more than 115 books, the so-called "Wonder Woman of American Literature," would be in a better position to handle widowhood than someone with a less rich inner life. One of the more remarkable aspects of A Widow's Story is her willingness to reveal the real Joyce Smith, as she calls herself, in all her fragile vulnerability, as distinct from "Joyce Carol Oates," the literary "author-identification" and "quasi-public self" she always refers to in quotes.

Readers who know Oates only through her intense, often sexually violent fiction will recognize the heightened interiority and harrowing emotions but may be surprised at the writer's demure self-portrait. Oates, who married Smith when she was 22 and he was 30, three months after they met as graduate students at the University of Wisconsin, comments, "Despite my reputation as a writer my personal life has been as measured and decorous as Laura Ashley wallpaper." 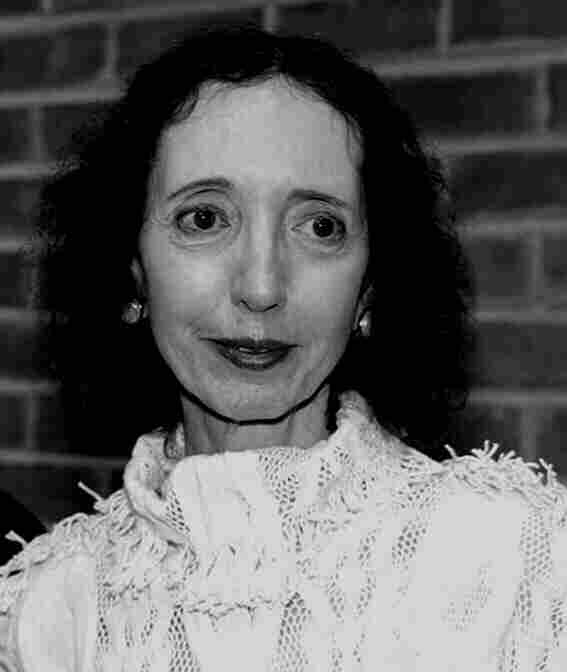 Joyce Carol Oates won the National Book Award for her novel them and has been nominated for a Pulitzer Prize and Pen/Faulkner Award for her fiction. She currently teaches creative writing at Princeton University. Star Black hide caption

Theirs was an intimate bond with surprising gaps: Oates confesses that she kept her troubles to herself — "In our marriage it was our practice not to share anything that was upsetting, depressing, demoralizing, tedious" — and, more astonishing, her husband never read her fiction, an arrangement she questions in retrospect. (He did read and line-edit her reviews and essays.) Smith took care of practical matters involving finances and property, freeing Oates to immerse herself in her work. In the aftermath of his death, she also questions whether "I'd spent too much time in that other world — the world of my/the imagination — and not enough time with my husband."

A Widow's Story is more raw than Joan Didion's The Year of Magical Thinking, to which it will inevitably be compared. However, Oates' personal story has a happier ending. She finds solace in devoted friends, her teaching at Princeton University, taking over Smith's garden and her exploration of unknown aspects of her husband — including his one unfinished novel. Unmentioned is meeting Princeton neuroscientist Charles Gross, whom she married a year after Smith's death.

Although she characterizes herself as slow to anger — "Anger is a high C our voices can't reach" — the new widow is frequently annoyed at incessant death duties, furious at herself for failing to save Smith, irritated by the parade of Harry & David baskets with their inappropriate party food, irate at well-meaning but crude well-wishers and clueless doctors. But most of all, Oates rages at the dying of the light of her life in this unflinching, generous portrait of the terror of emptiness.

February 15, 2008. Returning to our car that has been haphazardly parked—by me—on a narrow side street near the Princeton Medical Center—I see, thrust beneath a windshield wiper, what appears to be a sheet of stiff paper. At once my heart clenches in dismay, guilty ap­prehension—a ticket? A parking ticket? At such a time? Earlier that afternoon I'd parked here on my way—hurried, harried—a jangle of admonitions running through my head like shrieking cicadas—if you'd happened to see me you might have thought pityingly That woman is in a desperate hurry—as if that will do any good—to visit my husband in the Telemetry Unit of the medical center where he'd been admitted several days previously for pneumonia; now I need to return home for a few hours preparatory to returning to the medical center in the early eve­ning—anxious, dry-mouthed and head-aching yet in an aroused state that might be called hopeful—for since his admission into the medical center Ray has been steadily improving, he has looked and felt better, and his oxygen intake, measured by numerals that fluctuate with liter­ally each breath—90, 87, 91, 85, 89, 92—is steadily gaining, arrangements are being made for his discharge into a rehab clinic close by the medical center—(hopeful is our solace in the face of mortality); and now, in the late afternoon of another of these interminable and exhausting hospital-days—can it be that our car has been ticketed?—in my distraction I'd parked illegally?—the time limit for parking on this street is only two hours, I've been in the medical center for longer than two hours, and see with embarrassment that our 2007 Honda Accord—eerily glaring-white in February dusk like some strange phosphorescent creature in the depths of the sea—is inexpertly, still more inelegantly parked, at a slant to the curb, left rear tire over the white line in the street by several inches, front bumper nearly touching the SUV in the space ahead. But now—if this is a parking ticket—at once the thought comes to me I won't tell Ray, I will pay the fine in secret.

In this way as in that parable of Franz Kafka in which the most profound and devastating truth of the individual's life is revealed to him by a passer-by in the street, as if accidentally, casually, so the Widow-to-Be, like the Widow, is made to realize that her situation however unhappy, despairing or fraught with anxiety, doesn't give her the right to overstep the boundaries of others, especially strangers who know nothing of her—"Left rear tire over the white line in the street." 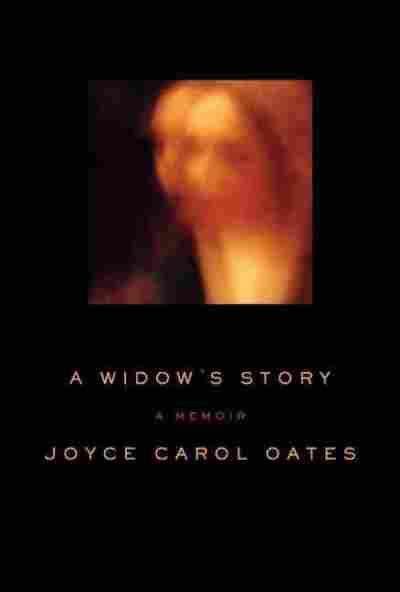