Accessibility links
After They're Gone, Understanding An 'Exclusive Love' Translated from German, Johanna Adorjan's An Exclusive Love reconstructs the day of her grandparents' joint suicide. Adorjan wonders what led the two Holocaust survivors to take their own lives together after years of marriage.

After They're Gone, Understanding An 'Exclusive Love'

After They're Gone, Understanding An 'Exclusive Love' 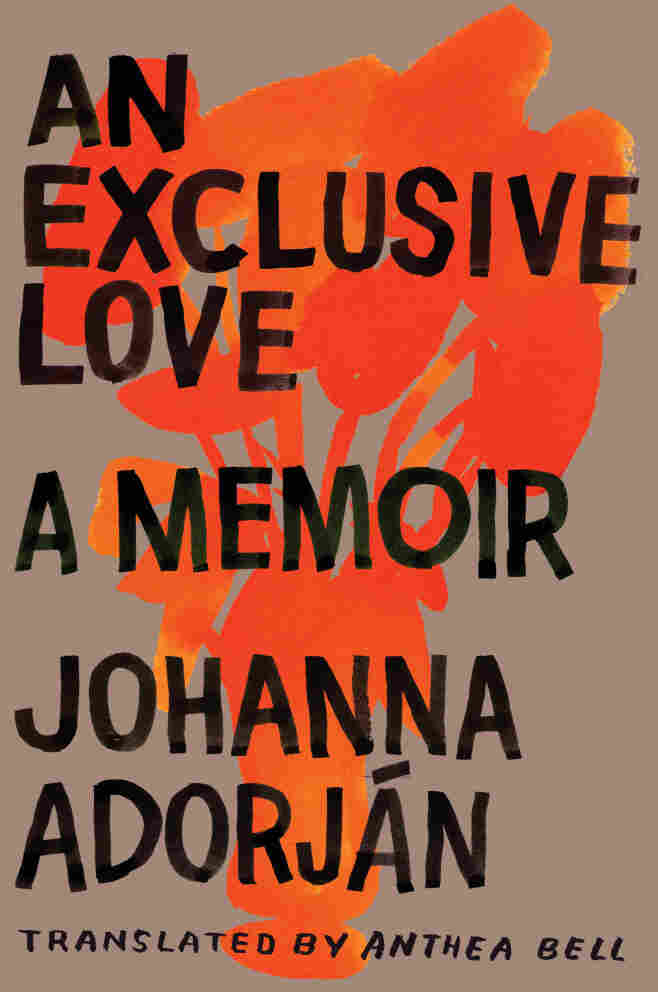 The purview and significance of the best memoirs extend well beyond the writer — a relief, since most people's lives aren't nearly as interesting as they think. The focus of Johanna Adorjan's An Exclusive Love is not herself but her paternal grandparents. Despite its schmaltzy title, her memoir is a haunting, beautifully composed book that aims to understand why this elegant couple — Hungarian-Jewish Holocaust survivors who fled Communist Budapest in 1956 and settled successfully in Denmark — committed double-suicide on Oct. 13, 1991, when the author was 20.

Like Francine du Plessix Gray's Them, Edmund de Waal's The Hare With Amber Eyes and Daniel Mendelsohn's The Lost, An Exclusive Love offers a fascinating new angle on the Holocaust filtered through the perspective of survivors' progeny. But rather than a full-scale family history, Adorjan's spare little masterpiece resurrects her adored grandparents with a two-pronged approach: imagining their last day down to the smallest details, and researching their past to trace the roots of their decision to die together on their own terms.

Her quest takes her to Budapest to meet her grandmother's ever-critical best friend, and to Denmark to visit her grandparents' old house and a doctor friend who knew of their plan. She questions her father and aunt as tactfully as possible, and visits Mauthausen, the category III ("extermination through labor") concentration camp in Austria where her grandfather, an orthopedic surgeon, was marched after the Germans invaded Hungary in 1944. (She is nonplussed by groups of texting teenagers.) She learns that her grandmother's parents were shot by Hungarian Nazis on the banks of the Danube toward the end of the war, and that her grandmother first considered suicide in 1945 at the specter of being left widowed at 25 with an infant son — the author's father, born soon after the Nazis seized Budapest.

In imagining what her grandparents' feelings and actions might have been on their last day, Adorján hits upon a powerful dramatic structure that builds from the quotidian to the shocking.

Voice is key in a memoir, and Adorjan, cultural editor of a German newspaper and daughter of a classical musician, hits just the right notes in this well-tempered literary instrument (which has been beautifully translated by Anthea Bell). She's as adept at delving into questions about national and religious identity as evoking her grandmother's temperamental insecurity and cigarette-smoke-and-Guerlain-infused scent. Raised in Munich by her German mother and Hungarian-born, assimilated-Jewish/baptized-Protestant, Danish father, Adorjan asks, "Typically Jewish: does such a frame of mind exist?" 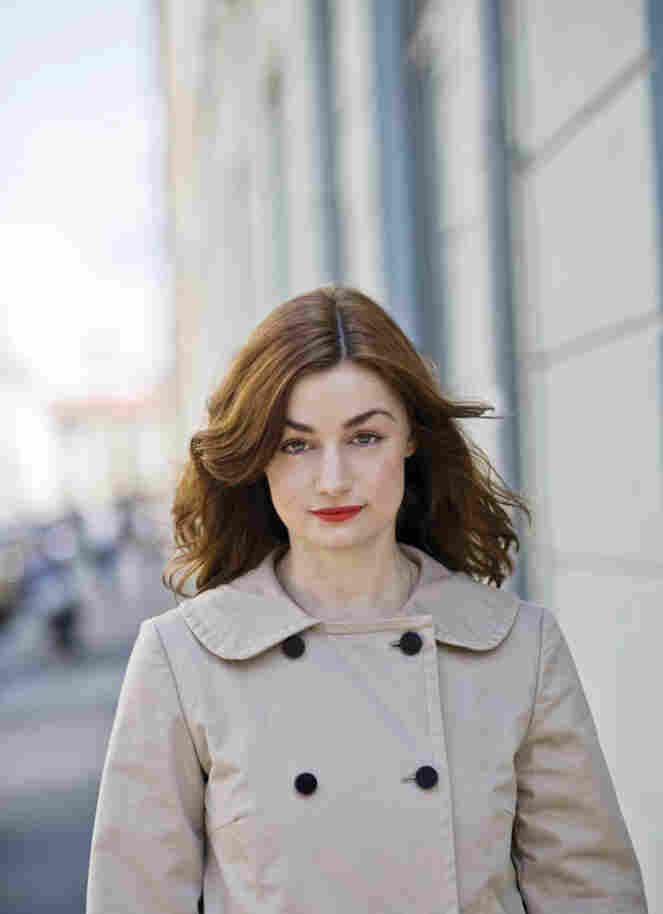 Johanna Adorjan, author of An Exclusive Love, was born in Stockholm and now lives in Berlin. She is an editor of the culture section of the Frankfurter Allgemeine Sonntagszeitung, and also writes theater and screenplay works. Peter von Felbert hide caption

As for her grandparents' motivations for suicide, she wonders whether her 82-year-old grandfather, already terminally ill, and her still hale 71-year-old grandmother chose to die together because of a pact made 50 years earlier. If so, was that solemn promise undertaken out of great love or even greater fear—"A woman's fear of being unloved, alone, a burden on others, perhaps sick and frail herself some day?"

In imagining what her grandparents' feelings and actions might have been on their last day, Adorjan hits upon a powerful dramatic structure that builds from the quotidian to the shocking. She paints an eerily homey picture of her grandmother methodically cleaning the house, winterizing her rosebushes and wrapping gifts (heirlooms) for the family. The narrative crescendos to the final schedule found among their papers: a step-by-step procedure culled from Final Exit, a practical guide to suicide they went to great lengths to procure — 6 p.m., tea and toast; 7 p.m., anti-emetic; 7:30 p.m., toxic nightcap of pills. Sensitive, intelligent and profoundly moving, An Exclusive Love will leave you stunned.

On 13 October 1991 my grandparents killed themselves. It was a Sunday. Not really the ideal day of the week for suicide. On Sundays family members call each other, friends drop in to go walking their dogs with you. I'd have thought a Monday, for instance, much more suitable. But there we are, it was a Sunday, it was in October. I picture a clear autumn day, because it all happened in Denmark. My grandparents lived in Charlottenlund, a suburb of Copenhagen where all the houses have gardens and you call your neighbours by their first names. I imagine that my grandmother was the first to wake that morning; I imagine her waking up, and her first thought is that this is the last morning she will ever wake up. She will never wake up again, and she will only go to sleep once more. My grandmother sits up quickly, pushes back the covers and puts on the slippers that she leaves neatly beside the bed every evening. Then she gets to her feet, a slender woman of seventy-one, smooths out her nightdress, and quietly, so as not to wake my grandfather, she walks the few metres to the door.

In the corridor she is welcomed by Mitzi the dog, wagging her tail. Mitzi is an Irish terrier bitch, a nice dog, phlegmatic, not particularly obedient. My grandmother gets on well with her. She speaks Hungarian to Mitzi. 'Jó kis kutya,' says my grandmother when she has quietly closed the bedroom door, good little dog. She has a low bass voice like a man's, probably as a result of all those cigarettes, she's a chain-smoker. In my imagined picture of that morning, I could go back again and place a lighted cigarette between her fingers directly after she wakes up, Prince Denmark brand, extra strong (advertising slogan: Prince Denmark for Real Men). Yes, she'll have lit herself a cigarette once she had her slippers on, at the latest. So as she pats the dog's head in the passage, quietly closing the bedroom door behind her, the air smells of fresh smoke.

A little later the smell of coffee mingles with the cigarette smoke. A keen nose would also pick up a hint of Jicky by Guerlain. My grandmother has her dressing-gown on, a silk kimono that my father once brought her back from Japan; she wears it loosely belted around her waist, and now she is sitting at the kitchen table. She holds a lighted cigarette between the fingers of her left hand. She has long, elegant fingers, and holds the cigarette very close to her fingertips, as if a cigarette were something precious. My grandmother is waiting for the coffee to finish filtering through the machine. A fountain pen and a pad of paper lie on the table in front of her.

Anyone seeing my grandmother now might think she was bored. Her eyebrows arch so far above her eyes that they always look as if she were raising them. Heavy lids lend her features a slightly blasé weariness. In photographs from her young days my grandmother looks a little like Liz Taylor. Or Lana Turner. Or some other film star of that period with long dark hair and chiselled cheekbones. She has a short, straight nose and a small mouth with a curving lower lip. Her eyelashes are perhaps a little too short to be perfect, and they are dead straight.

Even on this day, the last day of her life, she is still a beautiful woman. Her skin is tanned a deep, almost dirty brown by the summer sun. Her cheekbones seem to have risen even higher. She wears her hair in a chin-length bob. With the years it has become wiry, and surrounds her face like a thick, dark grey hood. On the morning of 13 October 1991 my grandmother sits at the kitchen table. As she waits for the coffee to run through the machine, she makes notes of things to do on her spiral-bound pad. Cancel the newspaper, she writes. Get the roses ready for winter. She isn't wearing glasses, she doesn't need them even at the age of seventy-one, and she is very proud of the fact. A cigarette glows in the ashtray on the table in front of her. It crackles faintly as the glow eats its way further into the paper. My grandmother writes: Mitzi. When she puts the pen down, a little ink drops off the nib, spreads into a blue mark on the paper and makes the word Mitzi invisible. Never mind. She's not going to forget about Mitzi. Over the last few days she has gone over her list so often that she can recite the items on it by heart anyway. She switches on the radio, a small, portable plastic set standing beside the toaster. The music is something by Bach. It's Sunday, after all. 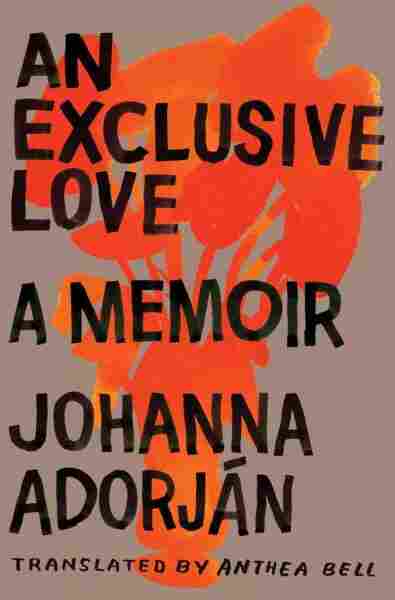 by Johanna Adorjan and Anthea Bell