Accessibility links
'Volt': Stories for Mourning, After A Nameless Loss In this collection of eight short stories set in the bleak fictional farming town of Krafton, characters deal with senseless loss, pain and tragedy. Even when they don't die, they lose their lives in a sense, but an understanding of mourning — however strange or mysterious — offers compassion.

'Volt': Stories for Mourning, After A Nameless Loss

'Volt': Stories for Mourning, After A Nameless Loss 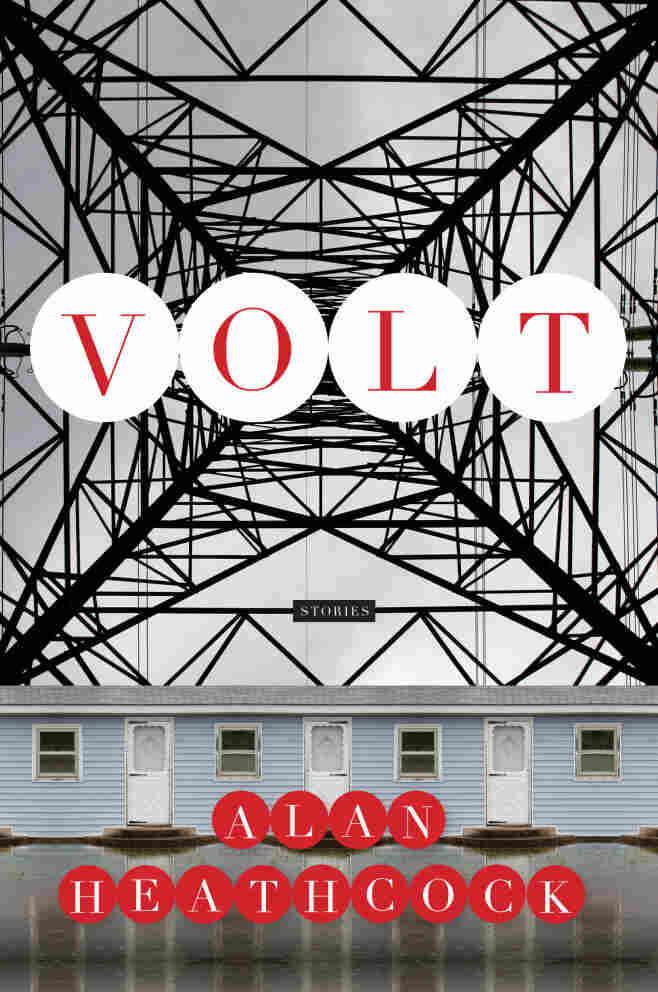 On the first page of Volt, Alan Heathcock's debut short story collection, a farmer kills his young son. It's an accident—he doesn't notice the boy hop on the back of the tractor and fall off, doesn't realize anything is wrong until he hears the pulverizing cultivator run over his child. The scene brings to mind the Robert Frost poem "Out, Out—," in which a young boy is killed in a circular saw accident, and the shocked witnesses, "since they/Were not the one dead, turned to their affairs." But the farmer can't do that—he can only run away, abandoning his wife and ending up as a sideshow act, a human punching bag in a dive bar. In the face of the ultimate loss, we look for small mercies. But like Heathcock's farmer, we don't always find them.

The eight short stories in Volt all take place in Krafton, a bleak, fictional American farming town. And while not every story is quite as grim as the opener, "The Staying Freight," most of them come very close—Heathcock's characters are plagued with unhappiness, unhinged by loss, beaten down by tragedy. They lose their lives, even when they don't die. It's stark territory, yes, but also shocking, illuminating and unforgettable.

In "The Daughter," a woman whose mother was murdered by a carjacker tries to find solace in her child, a nursing student who has moved back to her family home. The woman isolates herself, turns away from her friends, until her unresolved anger explodes, semi-consciously, in a terrifying way. Violence is also the theme in "Smoke," in which a man kills a stranger in a bizarre road-rage incident, and makes his teenage son help him destroy the body. The centerpiece of Volt, though, is the enormously moving "Fort Apache," a story of nameless loss, crushing disappointment and random, senseless destruction. 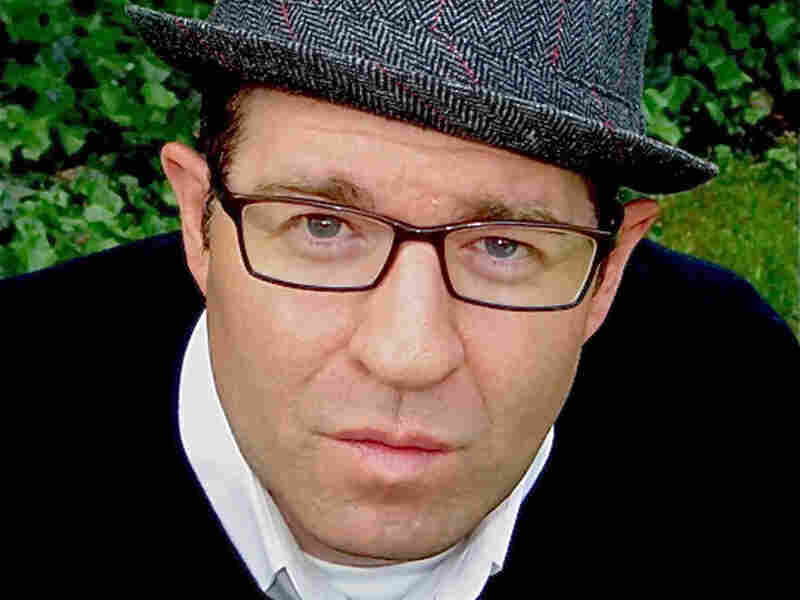 Alan Heathcock teaches fiction writing at Boise State University, and is a literature fellow for the state of Idaho. He has written for the Kenyon Review and The Harvard Review. R. Heathcock hide caption

There's nothing easy about trying to distill tragedy and pain into the space of one short story. In Volt, Heathcock does it eight times, with a remarkable sense of compassion, and a deeply felt understanding of the mechanics of mourning. The need for isolation—the urge to disappear—is a natural instinct after loss, a predictable reaction. "Even Christ needed time to hisself," says a preacher in "The Staying Freight," trying to reassure the farmer who lost his son. It's an echo of Gethsemane, where, according to Christian theology, Jesus prayed alone on the night before he was crucified. He knew what was coming, of course. The characters in Volt, just like the rest of us, do not. 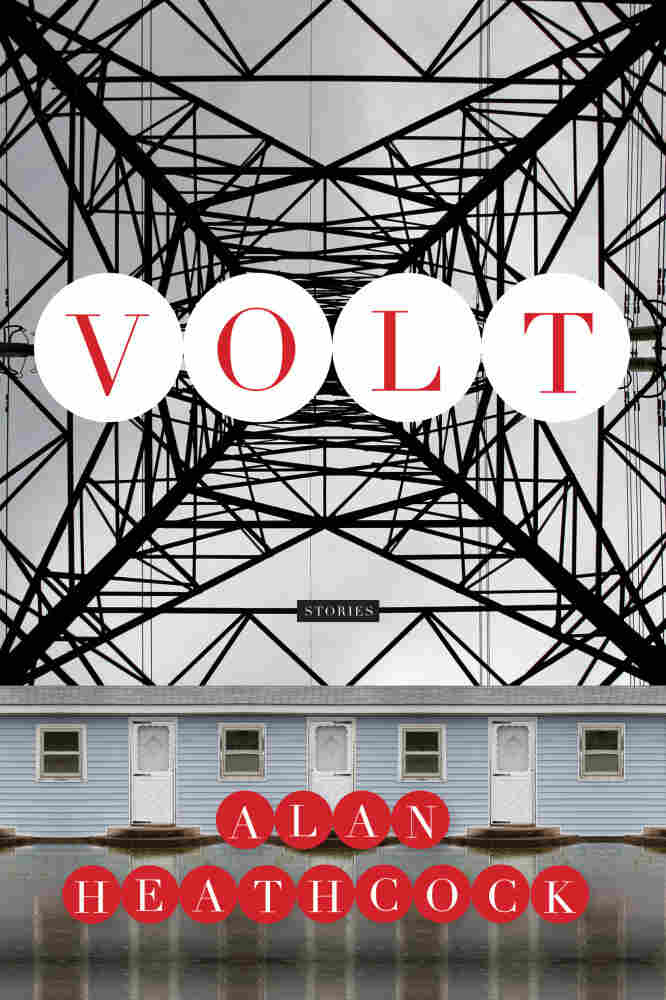 A voice called his name. Vernon woke to the haze of dawn, and a figure slouched in through the open window beside his bed. Vernon was hungover. His eyes pulsed and he rubbed them to clear his vision.

The figure raised erect, balanced itself with one hand on the sill. Beyond, the pastel sky blazed.

Vernon sat up and dropped his legs off the bed.

"Wear them old boots," his father said. "Them new ones ain't broke in yet."

His father wore a filthy undershirt, his hand swaddled in a blood-stained rag. A cut sliced the meat of his shoulder, the skin jaggedly sewn with green thread. With his good hand he pulled a comb from his back pocket and dragged perfect lines through his oiled hair.

Then he returned the comb to his pocket and rested his head against the window frame.

"Don't wake your mama," he whispered, and took Vernon's hand.

Vernon stepped in bare feet out the front door. The humid air poured over him. He stuck his feet in his old boots and walked off the porch and on around the side of the house where his father sat on a soda crate beneath his bedroom window. His father's eyes were closed. In his right hand he clutched a gunnysack.

His father's eyes opened but he did not stir. "I'm sorry, Vernon," he said. "A son shouldn't have to see his father this way."

At fifteen, Vernon was already taller and broader than his father.

He reached around his father's waist, as if hugging a tree, and lifted.

"No, no," his father groaned, and slumped to one side, and Vernon knew he'd tugged the stitches on his shoulder. His father held his injured hand in the air. He slowly braced a knee beneath himself and stood without assistance. Vernon tried to take the gunny, but his father yanked it away. Then, with an overtired sigh, his father offered Vernon the gunnysack.

It was heavier than Vernon expected. Inside was a thick coil of rope and a tire iron, and he could not figure what they'd be used for.

Then his father was pushing through the sweetbriar and entering the shade of the woods.

"Where we going?" Vernon asked.

His father didn't answer, but descended a gentle slope, bracing himself against saplings to slow his momentum. Vernon caught up quickly and found he had to pause between steps to stay beside his father. Halfway down, his father leaned against the mossy trunk of an oak tree. He shivered, his elbows clamped to his ribs. Then he pushed off the tree and straightened himself.

"I've been up all night and I want to tell you some things," he said. "But not here. Let's get there first. I ain't very strong and we just need to get there." He reached back his good hand and Vernon took it. "Your mama sewed me up. She won't never see me the same.

Once things change they don't never turn back."

His father's voice scared Vernon and he held his father's hand and helped him down the hill.

"Wouldn't you be better in your bed?" Vernon asked.

Vernon wondered who they were, wondered where his father was leading him. It was rare for them to hike off into the east. There used to be a couple of families in these woods, but their wells ran dry and they had to move closer to town. Vernon pretended they were going to check the coon traps. Maybe Pop couldn't reset them traps with his hand busted up, he told himself, though he knew it was a lie.

Vernon followed his father through swales of prickly weeds and honey locust. His skull felt as if filled with thistle; the Nordgren brothers had stolen three fifths of whiskey from the Old Fox, and

Vernon finished an entire one himself during last night's double feature at the picture show. The sun burst full over the hilltops and Vernon wanted to keep walking to get to where they were going, but then he had to piss and asked his father if they could stop. His father said nothing, but eased himself down on a stump. Vernon unhooked his overalls and peed over the wilted bells of cardinal flowers. When he turned around his father had fallen backward, his legs drooped over the stump. Vernon ran and propped him up. His father's skin was the pale gray of something extinguished.

"Are you my daddy?" his father said up to Vernon.

A queer smile brightened his father's face. "You remember when I came home from the war?"

They'd had a party and a cake with lemon icing. "Yes, sir."

"Remember the first thing you said to me?"

"You was so small, just a tiny child, and you stood like a soldier in the doorway and looked up and asked, 'Are you my daddy?'"

His father's eyes were far off, were black dots beneath papery lids.

"I met you at the bus," Vernon said, like breaking bad news. "Weren't but a year ago. I was tall as you. You said, 'You're a mirror to me,' and you had me try on your coat and it fit me just right."

His father gazed up at him, and his eyes seemed to suddenly take focus. "That's right," he said. "That was me who said that. That was me and my pop."

His good hand gripped Vernon's arm, and he took his feet and stumbled over the stump and found his stride. Vernon followed behind his shoulder. If his father wobbled even slightly, Vernon grabbed his belt and pulled him straight. 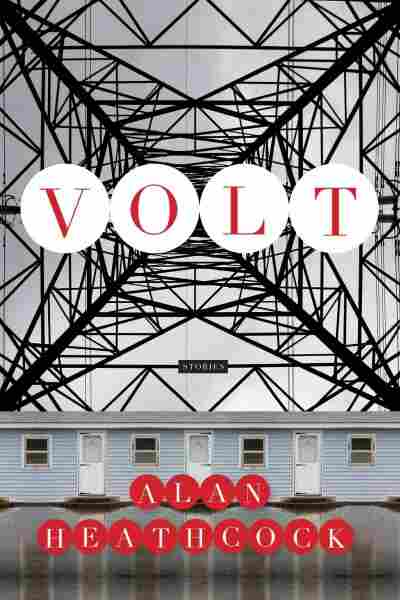