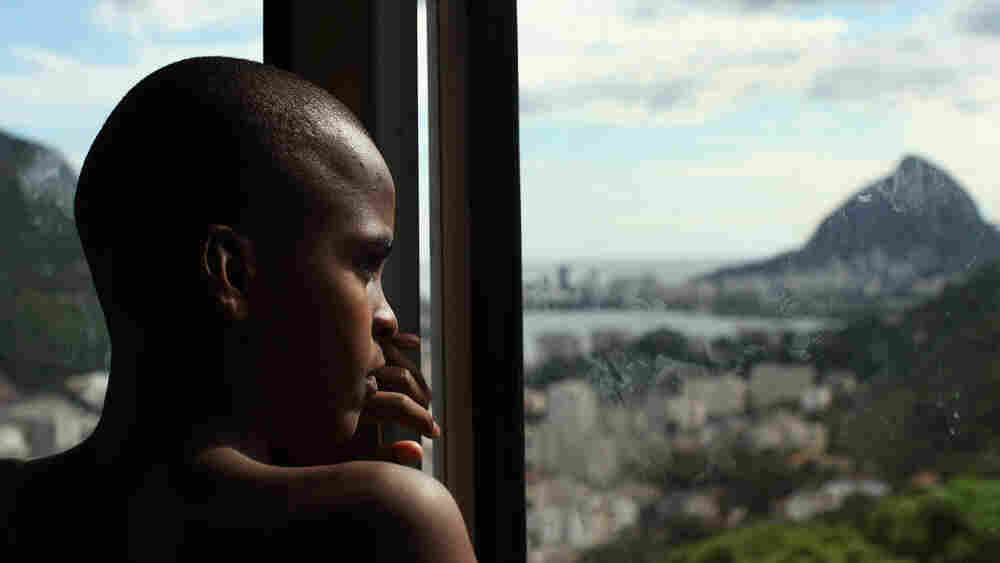 You've probably heard the statistics: Over the next two decades, the number of city-dwellers in Africa and Asia is expected to double. Rural populations will drop, and as people abandon the countryside, average birth rates and family size will fall accordingly. By 2050, the U.N. projects, the global population will peak at 9 billion, and that same year, more than 70 percent of the world's population will live in cities.

Ours is an age of urbanization, but unlike previous booms, this one is unique: We're currently living through the largest rural-to-urban migration that the world has ever known, or for that matter, is likely to see. 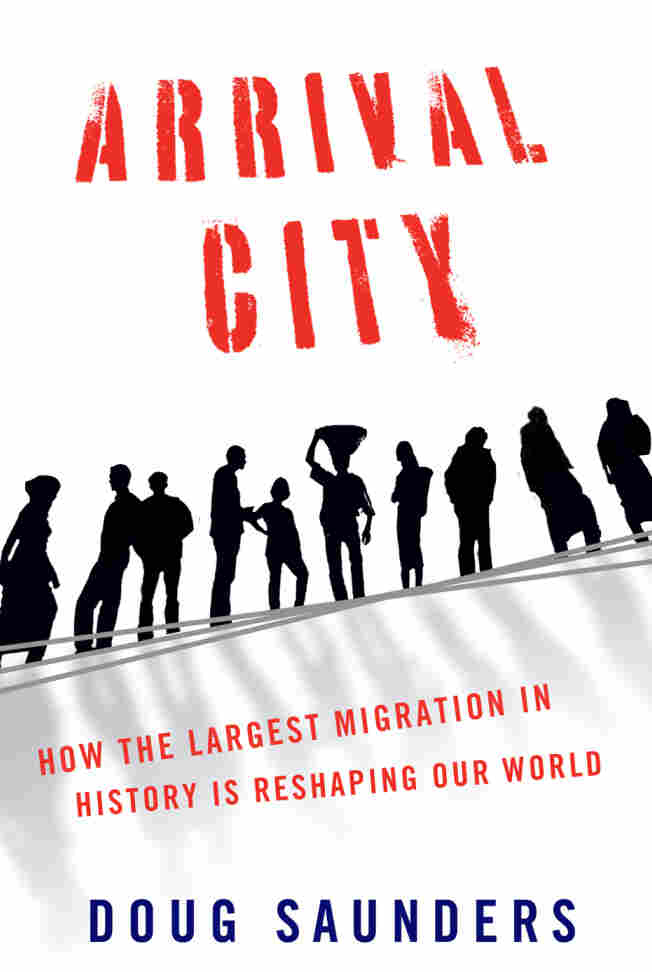 In Planet of Slums, Mike Davis tells this story as one of decline. "Instead of cities of light soaring toward heaven," he writes with Dickensian ardor, "much of the twenty-first-century urban world squats in squalor, surrounded by pollution, excrement, and decay."

When popular culture pays attention to peripheries, it's Davis' vision we usually see. In the public imagination, so-called slums are war zones of ethnic and class tension, breeding grounds for poverty and violence, and antithetical to upward mobility found further downtown. They're places to be avoided, or at least driven through with locked doors.

This somewhat monolithic interpretation is the target of Arrival City, Doug Saunders' excellent account of how urban immigrant centers function in increasingly subtle ways, and how governments succeed and fail in managing them.

Saunders, the European bureau chief for Canada's Globe and Mail, coined the term "arrival city" in response to what he felt was a semantic lack. He believed the existing phrases — "immigrant gateway" and the clumsier "community of primary settlement" — underplayed these areas' dynamism, and misrepresented them as "cancerous growths on an otherwise healthy city."

Saunders begins Arrival City by making the very reasonable point that "nobody invests their entire life, and a generation's income and peace, simply to move from one form of poverty to another." Arrival cities are not uniformly traps, and their residents aren't the dregs of outside societies, but "successful urbanites who happen to be passing through a period of poverty, perhaps for a generation."

However, Saunders says, good transitions depend on good cities. In thriving arrival cities, immigrants often catch up economically and socially with natives in less than a decade; in failed ones, torched cars and extremist politics reflect — and create — grim expectations.

However, Saunders says, good transitions depend on good cities. In thriving arrival cities, immigrants often catch up economically and socially with natives in less than a decade; in failed ones, torched cars and extremist politics reflect — and create — grim expectations.

Through his travels across four continents and dozens of cities, Saunders identifies certain elements as key to arrival cities' success. On a structural level, these include access to citizenship and land ownership, welfare services and employment assistance. If immigrants can buy land, whether or not they can leverage its value — i.e., gentrify their neighborhoods — plays a significant role in urban inclusion. Rio de Janeiro's Santa Marta favela has prospered under this rubric, as have Salvadoran corridors of Los Angeles. Other arrival cities — like Shenzhen in China and Emamzadeh 'Isa in Tehran — have not.

Successful arrival cities often end up folded into the host city, but when they don't, Saunders notes, a paradox emerges: The more upwardly mobile the residents, the sooner they leave. As a result, the most efficient arrival cities often have the highest rates of poverty and seem to be doing the worst.

The flip side of this story is set in the countryside. In the Bangladeshi town of Biswanth, visitors who make it past rice paddies and tin roof huts encounter an apparent mirage of Western capitalism: an urbanized downtown with malls and real-estate agencies, Anglophone fast-food joints, and beyond this, elaborate 'Londoni' mansions paid for by Bangladeshi emigrants. This is remittance money at work — U.K. pounds propping up the economy in the absence of effective government.

Bridging the global synapse, Saunders travels to the Tower Hamlets neighborhood of East London, where 90 percent of all Bangladeshi immigrants (and there are 300,000 of them) hail from Biswanth's home district of Sylhet. "Nations do not migrate, but rather regions and villages do," Saunders writes, noting that Tower Hamlets is responsible for sending the largest percentage of the $11 billion that ends up in rural Bangladesh every year.

Just as there's no single model for arrival cities, rural areas tend to live or die based on relationships with urban counterparts. Urging readers to abandon romantic notions of peasant living, Saunders travels to a village in China where grandparents raise their children's children as adults seek factory work; and later, to a village in India that is literally for sale. These are models of 21st century life outside of arrival cities, and as rural populations shrink, they're ones that will become increasing rare.

Whether good or bad, it's simply inevitable. Arrival City asks that we take a closer look at urbanization before its mismanagement is further mistaken for the thing itself, and to recognize that a citified future is not necessarily a doomed one. 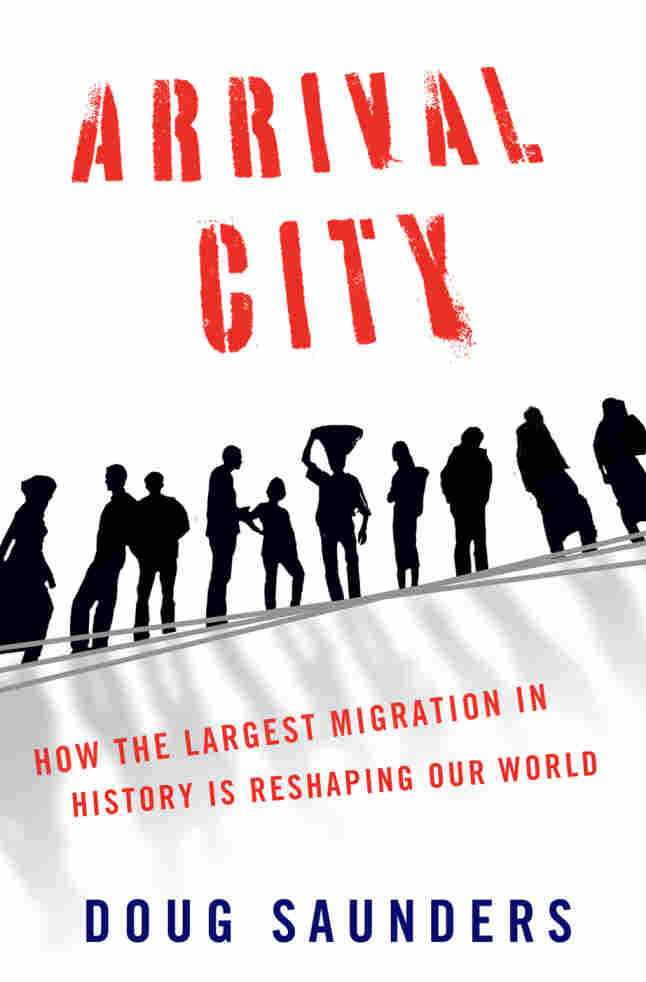 Preface : The Place Where Everything Changes

What will be remembered about the twenty-first century, more than anything else except perhaps the effects of a changing climate, is the great, and final, shift of human populations out of rural, agricultural life and into cities. We will end this century as a wholly urban species. This movement engages an unprecedented number of people—two or three billion humans, perhaps a third of the world's population—and will affect almost everyone in tangible ways. It will be the last human movement of this size and scope; in fact, the changes it makes to family life, from large agrarian families to small urban ones, will put an end to the major theme of human history, continuous population growth.

The last time humans made such a dramatic migration, in Europe and the New World between the late eighteenth and the early twentieth centuries, the direct effect was a complete reinvention of human thought, governance, technology, and welfare. Mass urbanization produced the French Revolution, the Industrial Revolution and, with them, the enormous social and political changes of the previous two centuries. Yet this narrative of human change was not to be found in the newspapers of the 1840s or the parliamentary debates of the early twentieth century; the city-bound migration and the rise of new, transitional urban enclaves was a story largely unknown to the people directly affected by it. And the catastrophes of mismanaged urbanization—the human miseries and revolutionary uprisings and wars—were often a direct result of this blindness: We failed to account for this influx of people, and in the process created urban communities of recent arrivals who became trapped, excluded, resentful. Much of the history of this age was the history of deracinated people, deprived of franchise, making urgent and sometimes violent attempts to gain a standing in the urban order.

If we make a similar mistake today and dismiss the great migration as a negligible effect, as a background noise or a fate of others that we can avoid in our own countries, we are in danger of suffering far larger explosions and ruptures. Some aspects of this great migration are already unfolding in front of us: the tensions over immigration in the United States, Europe and Australia; the political explosions in Iran, Venezuela, Mumbai, Amsterdam, the outskirts of Paris. But many of the changes and discontinuities are not being noticed at all. We do not understand this migration because we do not know how to look at it. We do not know where to look. We have no place, no name, for the locus of our new world.

In my journalistic travels, I developed the habit of introducing myself to new cities by riding subway and tram routes to the end of the line, or into the hidden interstices and inaccessible corners of the urban core, and examining the places that extended before me. These are always fascinating, bustling, unattractive, improvised, difficult places, full of new people and big plans. My trip to the edge was not always by choice: I have found myself drawn by news events to the northern reaches of Mumbai, the dusty edges of Tehran, the hillside folds of São Paulo and Mexico City, the smouldering apartment block fringes of Paris and Amsterdam and Los Angeles. What I found in these places were people who had been born in villages, who had their minds and ambitions fixed on the symbolic center of the city, and who were engaged in a struggle of monumental scope to find a basic and lasting berth in the city for their children.

This ex-rural population, I found, was creating strikingly similar urban spaces all over the world: spaces whose physical appearance varied but whose basic set of functions, whose network of human relationships, was distinct and identifiable. And there was a contiguous, standardized pattern of institutions, customs, conflicts and frustrations being built and felt in these places across the poor expanses of the "developing" world and in the large, wealthy cities of the West. We need to devote far more attention to these places, for they are not just the sites of potential conflict and violence but also the neighborhoods where the transition from poverty occurs, where the next middle class is forged, where the next generation's dreams, movements, and governments are created. At a time when the effectiveness and basic purpose of foreign aid have become matters of deep and well-deserved skepticism, I believe that these transitional urban spaces offer a solution. It is here, rather than at the "macro" state or "micro" household level, that serious and sustained investments from governments and agencies are most likely to create lasting and incorruptible benefit.

In researching this book, I have visited about 20 such places, in an effort to find key examples of the changes that are transforming cities and villages in far more countries. This is not an atlas of arrival or a universal guide to the great migration. Equally fascinating developments are occurring in Lima, Lagos, Cairo, Karachi, Calcutta, Jakarta, Beijing, Marrakesh, Manila. Nor is this book without precedent. Scholars in migration studies, urban studies, sociology, geography, anthropology, and economics have documented the phenomena described here, and many of them have generously assisted me with my work. But the larger message is lost to many citizens and leaders: the great migration of humans is manifesting itself in the creation of a special kind of urban place. These transitional spaces—arrival cities—are the places where the next great economic and cultural boom will be born or where the next great explosion of violence will occur. The difference depends on our ability to notice and our willingness to engage. 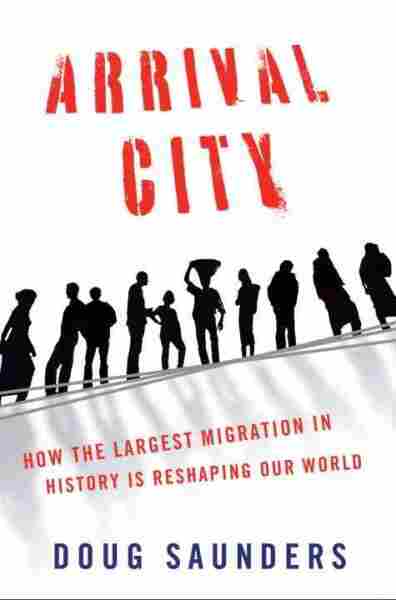 How the Largest Migration in History Is Reshaping Our World