Accessibility links
'Say Her Name': The Blaze Of A Shortened, Ardent Life A promising young writer from Mexico City died after a freak surfing accident. Her husband, Francisco Goldman, has written a novel-cum-memoir that pieces together his grief, his wild adoration for his wife, and the parts of a marriage that remain unknowable to anyone outside of it.

'Say Her Name': The Blaze Of A Shortened, Ardent Life

'Say Her Name': The Blaze Of A Shortened, Ardent Life 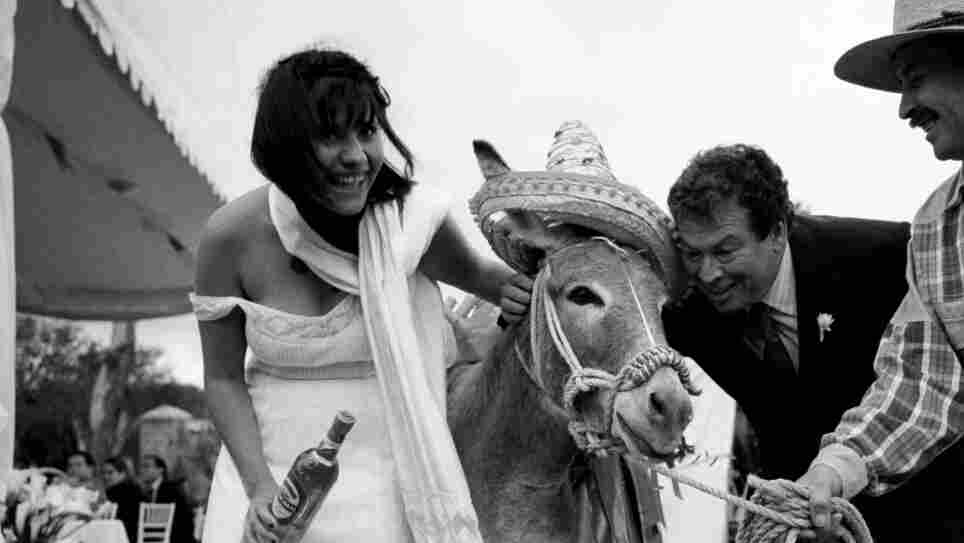 Grief is a sprawling, messy thing. Easy to share — and yet near-impossible to make comprehensible.

In his new novel-cum-memoir, journalist and novelist Francisco Goldman joins the ranks of writers, from Joan Didion to Calvin Trillin, who have attempted the tricky alchemy of pressing grief over the loss of a spouse into a neatly bound volume. Goldman's much younger wife, the writer Aura Estrada, died in a freak surfing accident while the two were vacationing on the western coast of Mexico in 2007. They had been married just shy of two years. 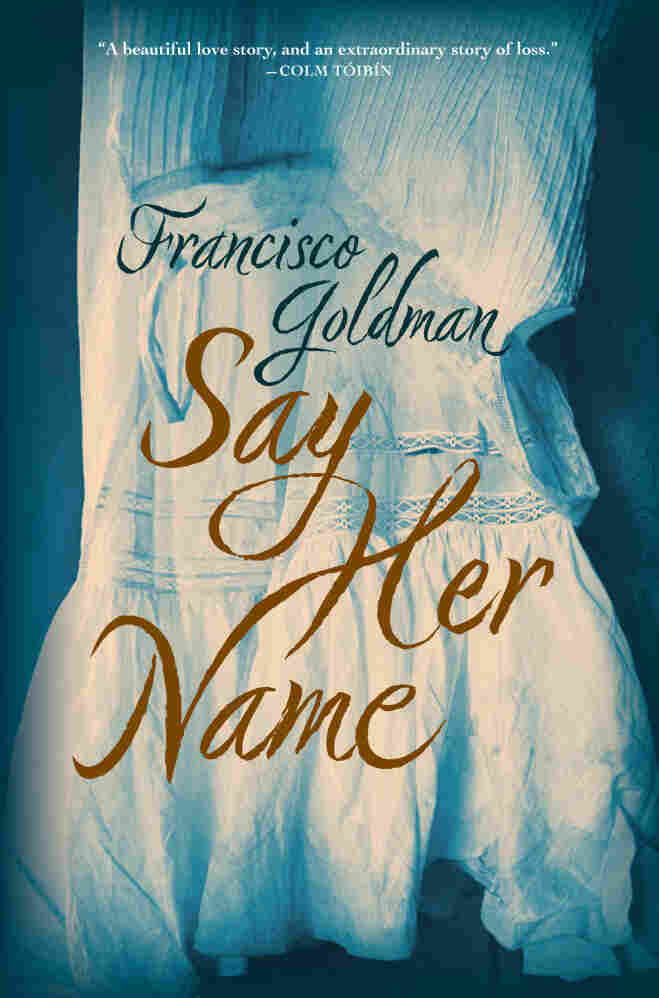 Estrada was a promising literary talent. Born in Mexico in 1977, she was raised in Mexico City by a single mother. She moved to the United States to pursue her doctorate in Spanish literature at Columbia University and was simultaneously working on an MFA in writing at Hunter College. She had published numerous reviews and short stories in Spanish, and had started publishing in English — her first piece for the Boston Review had been published a month before her death.

Throughout the novel, Goldman's power of description lulls you into forgetting that you're reading a tragedy. Of the west-coast Mexican beaches that Estrada fell in love with as a girl, he writes, "Evening always came as a welcome surprise, cooling the burning sand, filling the sky and air with diluted fruit drink colors, until finally it became too dark to read."

Those beaches become a third character in the book, pulling us inexorably toward Estrada's end. Estrada is not just a writer, or Goldman's wife; she's a forgetful, laughter-filled woman who worries about how her colleagues will view her marriage to an older man and delights in a new quilt or a dinner with friends.

In writing 'Say Her Name,' Goldman has shared with the reader the sort of ephemeral fantasy that we invent about the people we love. He blurs the line between lover and biographer.

The book cuts back and forth between Goldman rebuilding his day-to-day and Estrada's life before her marriage. When Goldman returns to New York after her death, two of Estrada's girlfriends pick him up at the airport and take him back to their dusty, abandoned apartment. The women begin to construct an altar to Estrada — her hairbrush, a copy of the Boston Review in which her essay had appeared, a turquoise drinking flask. The centerpiece is Estrada's wedding dress, handmade of fine cotton and silk lace. The straps are yellowed with sweat, and the hem dirty from dancing. The everyday of her life haunts him. Goldman dreams of his wife curled around him, blue like a popsicle, of arriving in a bargain basement where her dresses are neatly packaged for sale. There is a sensation, Goldman writes, "that my brain was leaking, spurting dream images into the day." 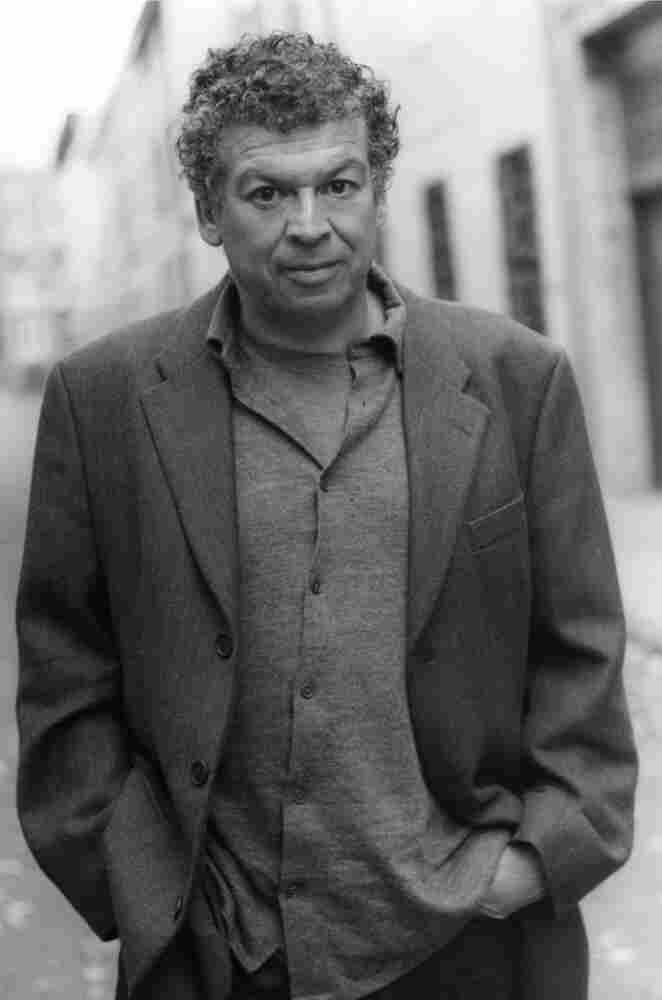 Francisco Goldman is the author of The Ordinary Seamen, a Pen/Faulkner Award finalist, and The Art of Political Murder, a nonfiction account of the assassination of a bishop in Guatemala. He lives in Brooklyn and Mexico City. Jerry Bauer hide caption

This is a reminder that we have been handed an adulterated account of the entire marriage. Say Her Name is not a memoir, not even an unfaithful one — it's a novel, a parallel universe built with some of the facts of Estrada's life and death. In an interview with Publisher's Weekly, Goldman explained that in writing the novel he would take lines from Estrada's diary and fictionalize an entire entry around it.

The best novels about marriage acknowledge that there is something hidden, something unknowable within to all outside parties. In writing Say Her Name, Goldman has shared with the reader the sort of ephemeral fantasy that we invent about the people we love. He blurs the line between lover and biographer. Goldman gives us enough of Estrada that I was left wishing she were alive to give her own account.

This is is not necessarily a book to be loved. It's a map of grief and work and missed chances. It is rare to be invited into a marriage, offered a drink and asked to hear of all its messy particulars. "[I]t's as if I inherited," Goldman writes, "but just somewhat, that manner of feeling sometimes attuned to something dreadful out there."

Phoebe Connelly is a writer in Washington, D.C. Her work has appeared in Washington City Paper, The Awl, and Bookforum. 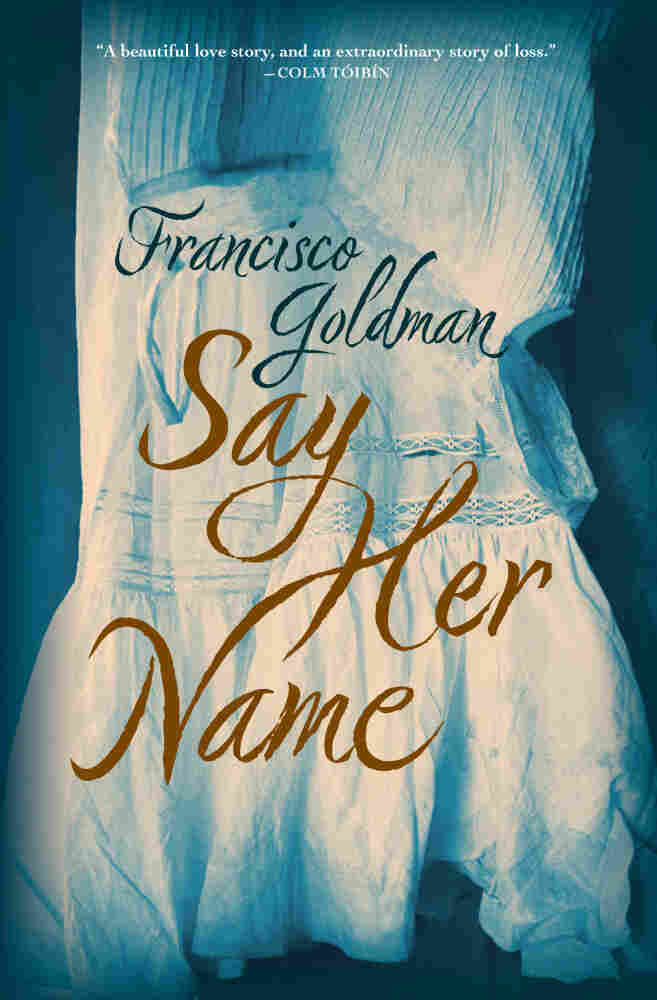 Aura died on July 25, 2007. I went back to Mexico for the first anniversary because I wanted to be where it had happened, at that beach on the Pacific coast. Now, for the second time in a year, I'd come home again to Brooklyn without her.

Aura's mother and uncle accused me of being responsible for her death. It's not as if I consider myself not guilty. If I were Juanita, I know I would have wanted to put me in prison, too. Though not for the reasons she and her brother gave.

From now on, if you have anything to say to me, put it in writing — that's what Leopoldo, Aura's uncle, said on the telephone when he told me that he was acting as Aura's mother's attorney in the case against me. We haven't spoken since.

Aura and her mother

Her mother and me

A love-hate triangle, or, I don't know

Mi amor, is this really happening?

Whenever Aura took leave of her mother, whether at the Mexico City airport or if she was just leaving her mother's apartment at night, or even when they were parting after a meal in a restaurant, her mother would lift her hand to make the sign of the cross over her and whisper a little prayer asking the Virgin of Guadalupe to protect her daughter.

Axolotls are a species of salamander that never metamorphose out of the larval state, something like pollywogs that never become frogs. They used to be abundant in the lakes around the ancient city of Mexico, and were a favorite food of the Aztecs. Until recently, axolotls were said to be still living in the brackish canals of Xochimilco; in reality they're practically extinct even there. They survive in aquariums, laboratories, and zoos.

Aura loved the Julio Cortázar short story about a man who becomes so mesmerized by the axolotls in the Jardin des Plantes in Paris that he turns into an axolotl. Every day, sometimes even three times a day, the nameless man in that story visits the Jardin des Plantes to stare at the strange little animals in their cramped aquarium, at their translucent milky bodies and delicate lizard's tails, their pink fl at triangular Aztec faces and tiny feet with nearly humanlike fingers, the odd reddish sprigs that sprout from their gills, the golden glow of their eyes, the way they hardly ever move, only now and then twitching their gills, or abruptly swimming with a single undulation of their bodies. They seem so alien that he becomes convinced they're not just animals, that they bear some mysterious relation to him, are mutely enslaved inside their bodies yet somehow, with their pulsing golden eyes, are begging him to save them. One day the man is staring at the axolotls as usual, his face close to the outside of the tank, but in the middle of that same sentence, the "I" is now on the inside of the tank, staring through the glass at the man, the transition happens just like that. The story ends with the axolotl hoping that he's succeeded in communicating something to the man, in bridging their silent solitudes, and that the reason the man no longer visits the aquarium is because he's off somewhere writing a story about what it is to be an axolotl.

The first time Aura and I went to Paris together, about five months after she'd moved in with me, she wanted to go to the Jardin des Plantes to see Cortázar's axolotls more than she wanted to do anything else. She'd been to Paris before, but had only recently discovered Cortázar's story. You would have thought that the only reason we'd fl own to Paris was to see the axolotls, though actually Aura had an interview at the Sorbonne, because she was considering transferring from Columbia. Our very first afternoon, we went to the Jardin des Plantes, and paid to enter its small nineteenth-century zoo. In front of the entrance to the amphibian house, or vivarium, there was a mounted poster with information in French about amphibians and endangered species, illustrated with an image of a red-gilled axolotl in profile, its happy extraterrestrial's face and albino monkey arms and hands. Inside, the tanks ran in a row around the room, smallish illuminated rectangles set into the wall, each framing a somewhat different humid habitat: moss, ferns, rocks, tree branches, pools of water. We went from tank to tank, reading the placards: various species of salamanders, newts, frogs, but no axolotls. We circled the room again, in case we'd somehow missed them. Finally Aura went up to the guard, a middle-aged man in uniform, and asked where the axolotls were. He didn't know anything about the axolotls, but something in Aura's expression seemed to give him pause, and he asked her to wait; he left the room and a moment later came back with a woman, somewhat younger than him, wearing a blue lab coat. She and Aura spoke quietly, in French, so I couldn't understand what they were saying, but the woman's expression was lively and kind. When we went outside, Aura stood there for a moment with a quietly stunned expression. Then she told me that the woman remembered the axolotls; she'd even said that she missed them. But they'd been taken away a few years before and were now in some university laboratory. Aura was in her charcoal gray woolen coat, a whitish wool scarf wrapped around her neck, strands of her straight black hair mussed around her soft round cheeks, which were flushed as if burning with cold, though it wasn't particularly cold. Tears, just a few, not a flood, warm salty tears overflowed from Aura's brimming eyes and slid down her cheeks.

Who cries over something like that? I remember thinking. I kissed the tears, breathing in that briny Aura warmth. Whatever it was that so got to Aura about the axolotls not being there seemed part of the same mystery that the axolotl at the end of Cortázar's story hopes the man will reveal by writing a story. I always wished that I could know what it was like to be Aura.

Où sont les axolotls? she wrote in her notebook. Where are they? 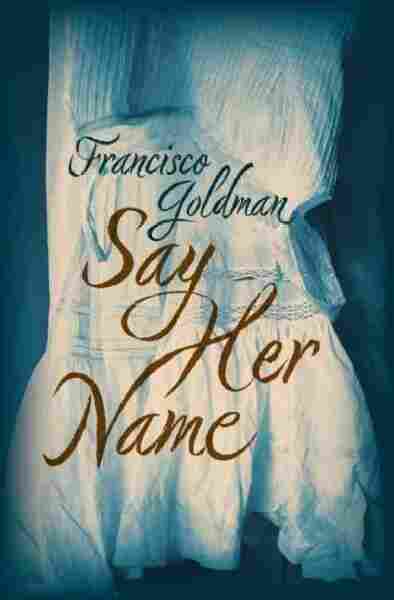