Accessibility links
Book Review: Johnny Appleseed, This Life Is In Your Hands, The Wilder Life, Made For You And Me A retelling of the famous Johnny Appleseed myth; a devastating memoir about the birth of the organic farming movement and its effect on a homesteading family; an attempt to discover the secrets of Little House on the Prarie; and an NPR contributor's struggle with the recession and its aftermath. 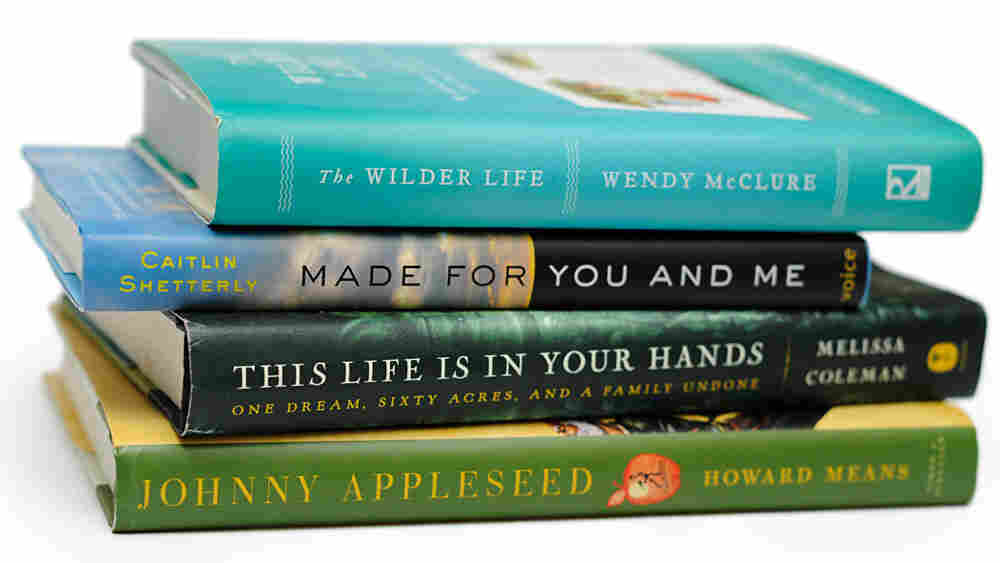 A retelling of the famous Johnny Appleseed myth; a devastating memoir about the birth of the organic farming movement and its effect on a homesteading family; an attempt to discover the secrets of Little House on the Prairie; and an NPR contributor's struggle with the recession and its economic aftermath. 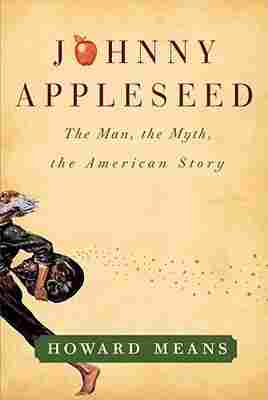 The Man, The Myth, The American Story

At Easter time, Peter Cottontail comes hopping into our mind's eye — helped out by an eponymous song that's easy for kids to learn. And when the apple trees open their blossoms, we may have a thought for Johnny Appleseed, wandering the frontier with a sack on his shoulder and a tin pot on his head. But he's real, right? I've known the name John Chapman, and realizing that's about the extent of my knowledge, welcomed the chance to read a fresh biography. Chapman left the actual world in March 1845, dying of "winter plague" in a cabin near Fort Wayne, Ind., where he had asked for shelter and food, having walked 15 miles in cold, wet weather. His mythical status as Johnny Appleseed was already lofty: a smiling man — a vegetarian — who shared the forest with the Indians and bears and cougars, and brought his gift of apples to an expanding new America.

I'm impressed by the genealogical research that Howard Means offers, but these were pages I could easily have skipped. And I also failed to appreciate details of Chapman's devotion to the Church of the New Jerusalem and the teachings of Swedish philosopher and mystic Emanuel Swedenborg. It was the wandering Johnny Appleseed that rescued the book for me — Chapman leaving his Massachusetts home for scarce-settled Pennsylvania river lands, and then Ohio and finally Indiana. He wanted to stay on the moving, far western edge of the country, planting seedling orchards along the way. The apple trees would help the pioneer families stake out their settlements and be treasured for their flowering in the spring, fruit in the fall, hard cider come winter. And surely Chapman was a fascination at hearthsides, with his gospel-tinged backwoods storytelling, even though Means concludes: 'By our modern definitions, John Chapman almost certainly was insane.' -- Noah Adams, senior correspondent 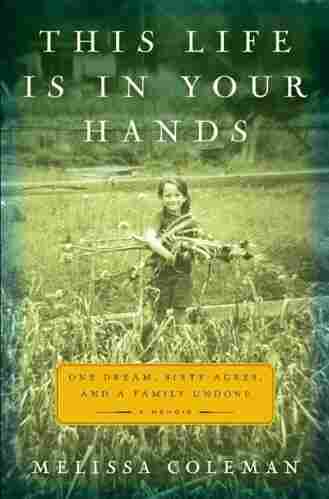 This Life Is In Your Hands

One Dream, Sixty Acres, And A Family Undone

Eliot Coleman was one of the stars of the "back to the earth" movement of the late '60s and early '70s, after he moved to the rural coast of Maine with his young wife to start living off the land. Eliot and Sue (known in this book as Papa and Mama) were homesteaders — no running water, no electricity and a small one-room farmhouse where they made all of their vegetarian meals, raised directly from their own land. The Colemans' first daughter, Melissa, has now grown up, and she tells her version of remote farm life in This Life is In Your Hands. The book chronicles the more luscious aspects of homesteading — the basketball-sized squash, the ripe strawberries, the cool wind off the ocean — but Coleman also divulges the darker secrets of her family and tracks her parents' ultimate undoing (involving a tragedy that we won't reveal here). This is a story of paradise lost; of why the earth both gives and takes away.

I am not usually a fan of memoir, or at least not when the person involved hasn't won an Oscar or a Nobel Prize. But I decided to take the leap inside the pages of This Life Is In Your Hands, and I'm glad I did it, because it is a rare breed of book — a memoir that justifies its own existence; that feels like it needs to exist. What Coleman does so well here is break down a deeply seated myth about giving up the luxuries of city life and returning to the land: that this is the path to paradise (hard work, yes, but idyllic and pure). Coleman suggests that there is an immense amount of beauty to be found in the rural life, but that there are also emotional wells that cannot be filled with the austere farming experience, one that relies more on the intellect than emotion. In the end, the organic farming movement of the 1970s was as much about science and physical experimentation as it was about passion, and Coleman shows that without the essential ingredient of heart, any family — no matter how perfect and revolutionary it seems — is in danger of experiencing real loss. — Rachel Syme, books editor 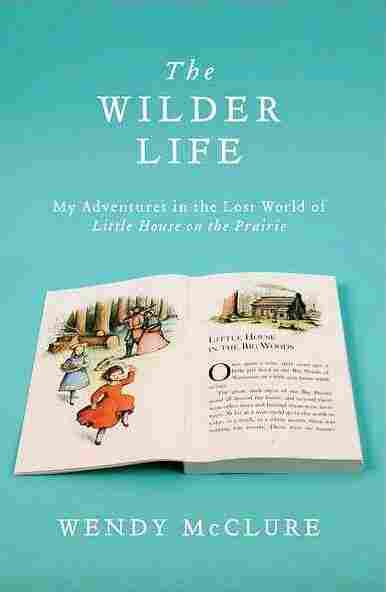 Wendy McClure is an unsentimental writer, but she loves the Little House On The Prairie books. No, she really loves them. She loves them so much that she bought a butter churn on eBay. And she churned butter — you know, just to see. She took off on a trip with her heroically game boyfriend (who's charming in part because he doesn't insist on making a point of how heroically game he is), and they visited historic places where Laura Ingalls Wilder lived, and museums and pageants and kitschy stores where she's still beloved. The Wilder Life is a book of stories about these adventures, and unlike a lot of similarly structured books in which writers appear to be doing unusual things just to write books about them, McClure essentially uses the opportunity to write a series of thoughtful essays about memory at different levels. There's the tiny, very specific theme of her particular childhood love of the Little House books, but as she immerses herself in those memories, it pulls back to become a book about the way all of us relate to stories we hear as children, and about the way nostalgia operates unpredictably and sometimes painfully, and ultimately even about our false cultural memories of a romantic pioneer past that only sort of happened.

I've read Wendy McClure's writing for a long time, and what I always like about it is that it's warm but also sharp and funny. It's deeply human without being maudlin, even when she's writing about subjects like the death of her mother and what it may have to do with her exploration of this very dear childhood memory. Some of the stories she tells are sweet, like having tea at a farmhouse staffed by perhaps the only person who loves Little House as much as she does. Some are darkly hilarious, like a 'homesteading' weekend that turns out to have considerably more to do with the apocalypse than she was expecting. There is, unavoidably, some tonal inconsistency between the sort of 'Wilder family history' sections and the 'funny writer contemplates very real death in a lightning storm while whimsically camped out in a covered wagon' sections, but she makes it all work. It's an entertaining and touching book — and an essential for Little House fans, obviously. -- Linda Holmes, editor of NPR's Monkey See blog 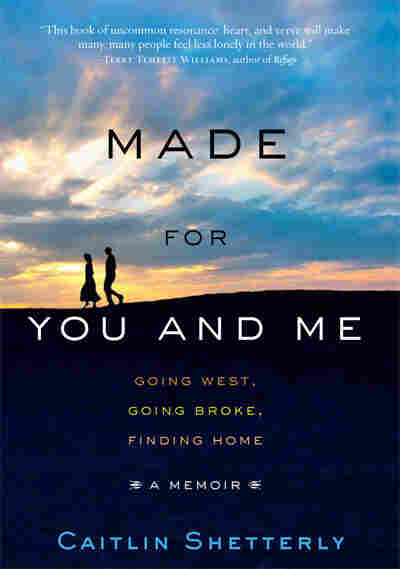 Made For You And Me

If you have listened to Weekend Edition for the past few years, than you're likely to remember the story of Caitlin Shetterly — she and her husband decided to leave their home in Maine and pursue the dream of living in California. Unfortunately, the recession hit, and suddenly the couple found themselves without jobs — and pregnant. The pair had to trek back across the country to squeeze into Shetterly's mother's house in Maine, and Shetterly blogged (and spoke) about the journey (and her dwindling bank account) along the way for NPR. The Shetterly family was just one of many hit hard by the economic downturn, but her graceful telling of her struggles with money, health and optimism is as unique as it is universal.

When Made for You and Me begins, Caitlin Shetterly and her husband, Dan, are sleeping in separate beds — and not by choice. They are living in her mother's house, two years after getting married, crammed into tiny beds a few feet away from each other. Her baby is nursing and needs constant attention, and Caitlin is lying alone in the dark, thinking about how her life got to this point. She wanted to live in Los Angeles, baking in the Western sun. She wanted to start a new life far away from Maine and her family, and yet here she was, married with a child, right back where she started. It is depressing. But then, all stories of the recession and how hard it has hit Americans at the individual level are bound to be filed away in the 'downers' category. That doesn't mean we shouldn't read them. I was looking forward to tucking into Shetterly's book, having very much enjoyed her segments on NPR; hoping for more of her battered-but-bouyant tone. I found this in droves — and I'd recommend the book to anyone personally affected by the downturn — but I do wish that Shetterly had dared to dive a little deeper into the recession writ large here, examining a world outside her own experience. Instead, the story feels a bit myopic — and unfinished. At the book's end, the Shetterlys are still struggling to make sense of it all. Perhaps that's a sign of the times — who can make sense of the economy right now? — and the fact that no family's story ties up neatly in a bow these days, but I still found myself craving more resolution and some solid advice for others confronting the same hardships. — Rachel Syme, books editor 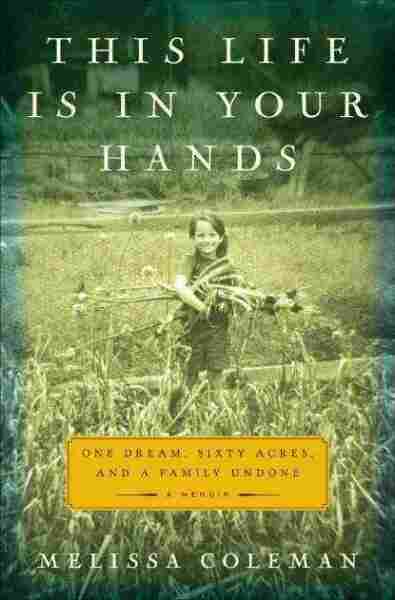 This Life Is In Your Hands

One Dream, Sixty Acres, and a Family Undone

Title
This Life Is In Your Hands
Subtitle
One Dream, Sixty Acres, and a Family Undone
Author
Melissa Coleman 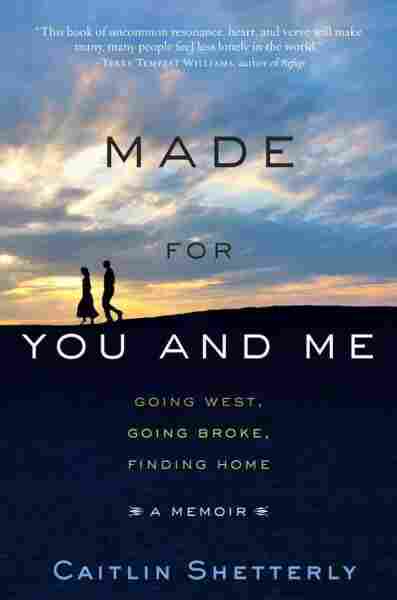 Made for You and Me

Title
Made for You and Me
Subtitle
Going West, Going Broke, Finding Home
Author
Caitlin Shetterly 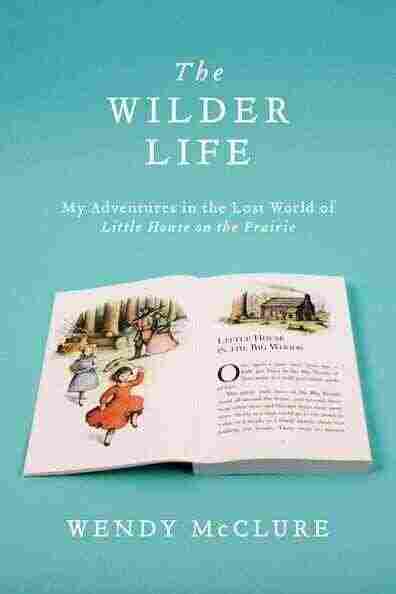 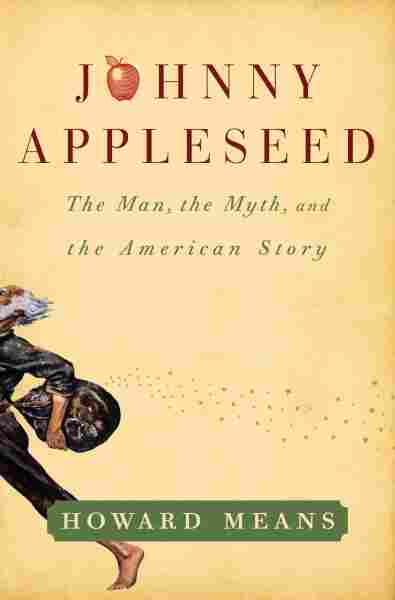 The Man, the Myth, the American Story