Accessibility links
'Mister Wonderful' Pictures An Imperfect Romance In a new graphic novel by Daniel Clowes, the hero walks a fine line between charming self-deprecation and worrying scorn as he embarks on a blind date. His neurotic inner thought bubbles literally push away his date's curious chatter on the page, but their tension proves fodder for a real connection

A scene from Mister Wonderful by Daniel Clowes, in which Marshall, the hero of the story, wonders how he could possibly be on a date with such a beautiful woman. Mister Wonderful was previously serialized in the New York Times Magazine. Courtesy Pantheon hide caption 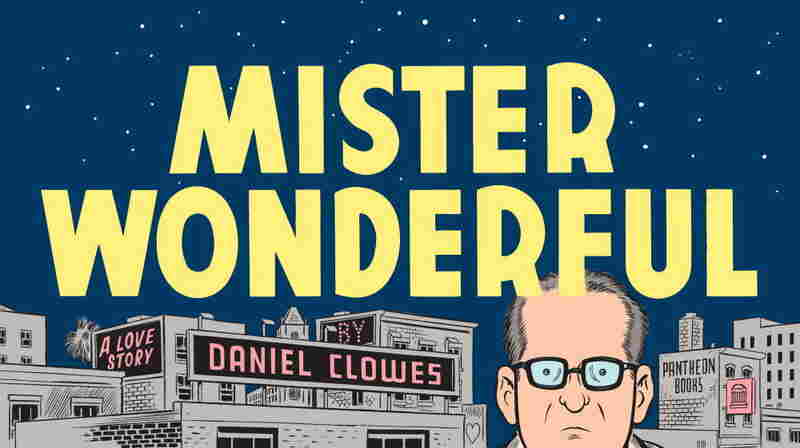 "Dear God," thinks Marshall, the hero of Daniel Clowes' new graphic novel, as he gazes across the table at his blind date Natalie, "could it be? Does she actually not loathe me?"

It's a fair question. She certainly doesn't appear to, although it should be noted that the poor woman has only just sat down. As their evening together wears on, the ruthlessly self-deprecating Marshall will provide Natalie with plenty of opportunities to change her mind on that score.

Marshall, for his part, decided the second she walked into the coffee shop that Natalie is much too attractive a woman to tolerate his odious presence, so the fact that she is still sitting there, laughing at his jokes, means there must be something wrong with her. "Most beautiful women turn so bitter when the realities of aging set in," he thinks. "Hard to blame them, I suppose. It must be kind of awful."

Clowes characterizes his hero's nervous self-involvement by deliberately placing that bit of inner monologue, and many others, over Natalie's word balloons, so that Marshall's paranoid fears and fantasies literally block us from hearing her.

The tension Clowes creates is the intimate, familiar tension of budding romance, fraught with peril at every turn; those stakes are high indeed.

Mister Wonderful, which was originally serialized in The New York Times Magazine, is the story of where this one blind date takes these two lonely characters. If Clowes weren't so deft at capturing Marshall's anxiety, the whole thing might seem slight. But the tension Clowes creates is the intimate, familiar tension of budding romance, fraught with peril at every turn; those stakes are high indeed. As we turn each page, we feel Marshall's mounting worry that any misstep — a bad joke, an ill-timed observation, a too-nakedly needy question — will determine whether he builds a life together with a woman he has decided is perfect, or dies alone.

Clowes' humor in Mister Wonderful, as it was in books like Ghost World, Ice Haven and Wilson, is often biting, but here it's tempered by an unusual sweetness. He opens the book with Marshall sitting alone in the coffee shop, fearfully imagining how the evening will go. As he does so, he judges his fellow customers harshly, in much the same fashion as the sneering title character of his previous book, Wilson. But in that book, the main character often felt like a vehicle for the author's misanthropy; here, Clowes has Marshall quickly turn his acerbic, judgmental eye inward, and the resulting self-appraisal comes off as much more empathetic and humane. 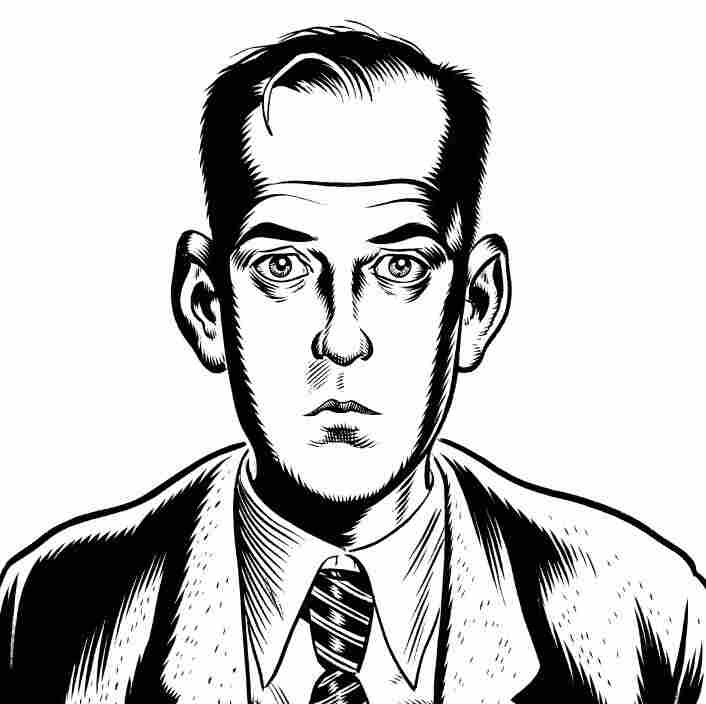 Dan Clowes is the author of Ghost World and a comic that formed the basis of the film Art School Confidential. He attended the Pratt Institute in Brooklyn, N.Y., and now lives in Oakland, Calif. Courtesy of the author hide caption

But Clowes must strike a delicate balance. In fiction — as in life — a self-deprecating sense of humor can be disarming, even endearing, if employed with a light touch. But when self-deprecation deepens into self-laceration, it has the opposite effect. Clowes knows this well, and it's this disconnect between Marshall's withering inner monologue and the outer world, where the "subtle nuances of human interaction" hold sway, that Mister Wonderful explores.

The book's unusual format — it is longer horizontally than vertically — allows Clowes to create double-page spreads that carry a powerful narrative impact: When Marshall first spots Natalie, Clowes zooms in on his delighted/panicked eyes; when the evening takes the first of its several surprising turns, Clowes depicts his main character as a small, lonely figure swallowed up by the urban night. And in the book's haunting final image — a two-page spread of Marshall and Natalie sitting on a bench together, gazing out at the water — Clowes shows us two people who may just have found something.

We can see that whatever it is they've found is odd, fragile and deeply uncertain. But they've lowered their respective guards, and they've found it together. And that, Mister Wonderful matter-of-factly asserts, is what matters. 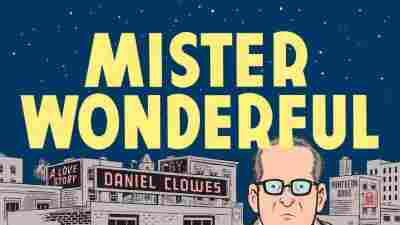