Accessibility links
'Pumpkin Eater': 1960s Domesticity, Sardonically A year before Betty Friedan's The Feminine Mystique made way for a change in how women viewed their lives, The Pumpkin Eater gave a searing glimpse of unhappy married domesticity. Wickedly funny, it said many things that women were told to keep quiet about in that era. 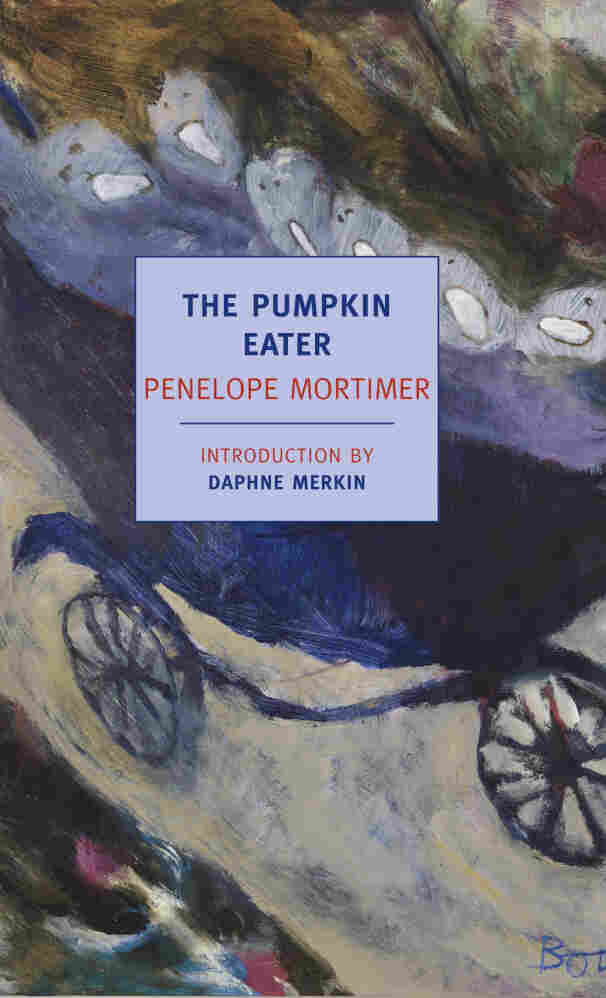 In 1963, Betty Friedan's The Feminine Mystique shook the lives of women who felt chained to a destiny of quiet domestic drudgery. It marked a sea change in the way they viewed themselves — no longer just wives and mothers, they could search for a new identity in education and the work force.

One year earlier, British author Penelope Mortimer published The Pumpkin Eater, her dark, sardonic look at the building tension between men and women, both sexes dissatisfied with their assigned roles. The novel was not a polemic, railing at the societal pressures keeping women in the kitchen. Through her story of Mr. and Mrs. Jake Armitage (the narrator herself never getting her own first name in the book), Mortimer chronicled the willful surrender of one housewife and the ease with which women, in the decades preceding second-wave feminism, could tie themselves down with their own apron strings.

Mrs. Armitage cannot stop having children. Nor does she want to. Giving birth is something she does very well — it seems, in fact, it's just about the only thing she does. Domestic servants run her household; she holds no job. The assorted fathers of her children are an even lower priority. Indeed, with four marriages under her belt, her spouses are beginning to seem interchangeable. When the novel opens, Mrs. Armitage wants another child, and the unfaithful Mr. Armitage is begging her to save their marriage by not having one. She's under the care of a therapist, but the therapist is more interested in prescribing away her crying fits with medication than figuring out what she's trying to compensate for by filling her house with babies. She finally agrees to an abortion and sterilization, only to be faced with the disappointing state of a marriage she has neglected for so long. 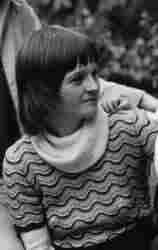 Penelope Mortimer (1918-1999) was born in Ryhl, Wales, and wrote nine novels in addition to contributions to the New Yorker and The Sunday Times.   hide caption

Although abortion was a less controversial topic in 1960s England than it is today, it was still an act to be kept secret — and not commonly spilled on the pages of a popular novel. But, then, Mortimer said many things in her books that a woman was meant to keep quiet about in that era, from the desires of teenage girls to the harsh realities of sexual violence.

The Pumpkin Eater is wickedly funny in a squirmy, Who's Afraid of Virginia Woolf? kind of way. Mrs. Armitage is incredibly self-aware and wry about her impending breakdown, and her barbed witticisms about a family that is self-destructing are as painful as they are hilarious to read. The book is more than simply a snapshot of domestic misery. After all, Mortimer — herself the model for Mrs. Armitage; the mother of many children by many different men and unhappy in an unfaithful marriage — had a more modern lifestyle than her fictional counterpart, with a successful writing career and financial freedom. This abrasive little novel shows that dynamics may change, economic circumstances may evolve, but boredom, despair and marital collapse are, unfortunately, timeless. 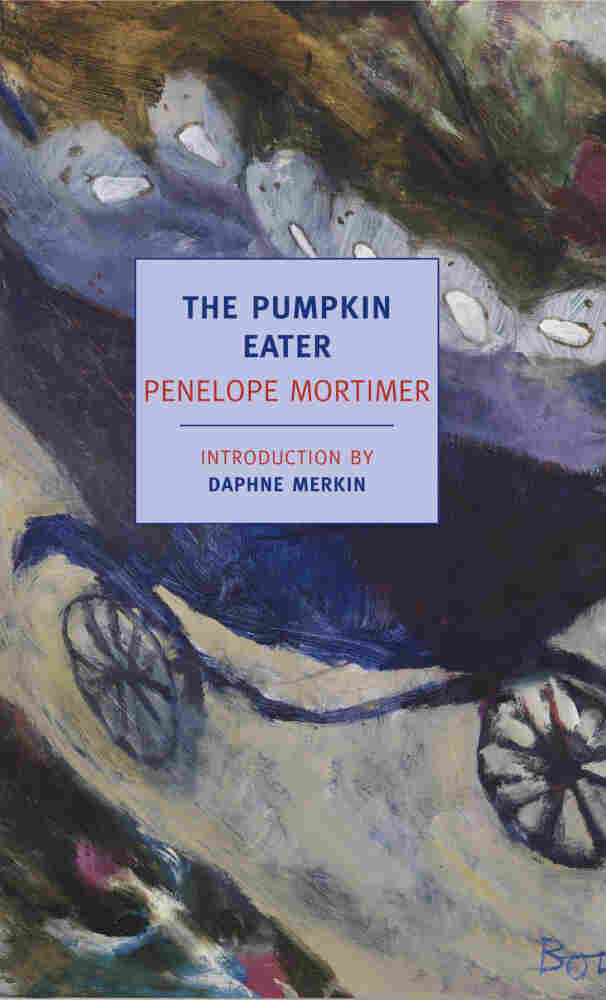 "Well," I said, "I will try. I honestly will try to be honest with you, although I suppose really what you're more interested in is my not being honest, if you see what I mean."

"When I was a child my mother had a wool drawer. It was the bottom drawer in a chest in the dining room and she kept every scrap of wool she had in it. You know, bits from years ago, jumpers she'd knitted me when I was two. Some of the bits were only a few inches long. Well, this drawer was filled with wool, all colours, and whenever it was a wet afternoon she used to make me tidy her wool drawer. It's perfectly obvious why I tell you this. There was no point in tidying the drawer. The wool was quite useless. You couldn't have knitted a tea-cosy out of that wool, I mean without enormous patience. She just made me sort it out for something to do, like they make prisoners dig holes and fill them up again. You do see what I mean, don't you?"

"Oh no. It's not at all easy. But there are other things you can make from wool."

"We don't use hot water bottles. Balls you can make, for babies. Or small golliwogs."

"The point you are trying to make is that tidying the wool is a useless and probably impossible task?"

"But you are a human being. The consequences of your ... muddle are more grave. The comparison, you see, is not a true one."

"When you cry, is that how it feels? Hopeless?"

"I just want to open my mouth and cry. I want to cry, and not think."

"But you can't cry for the rest of your life."

"You can't worry for the rest of your life."

"What do you worry about, Mrs. Armitage?"

"Oh," he said, and wrote for a while on a long piece of paper. Then he sat back, folded his hands and said, "Tell me about it."

"It's very simple. Jake is rich. He makes about ₤50,000 a year, I suppose you'd call that rich. But everything is covered with dust."

"It's partly the demolition, of course. They're pulling down the houses all round us, so you have to expect a bit of dust. My father bought the lease of the house for us when we got married, that was thirteen years ago."

"You have been married for thirteen years," he said, writing it down.

"To Jake, yes. There were thirteen years of the lease to run when my father bought it. He bought it for ₤1,500 and we pay a peppercorn rent, so you see we're very lucky. Anyway. I was trying to tell you about the dust."

"So your lease expires this year."

"I suppose so. We're building a tower in the country at the moment."

He put his pen down carefully, with both hands, as though it were fragile. "And where is this ... tower?" he asked.

"It's on a hill, and down in the valley is a barn, where I used to live before I married Jake. That's where we met. Now can we get back to the dust, because ... "

"Of course," he said, and picked up his pen again.

I tried to think. I stared at him, silhouetted against the net-curtained window of the consulting room. I heard the tick of the clock, the hiss of the gas fire. "I've forgotten what I was going to say."

He waited. The clock ticked. I stared at the fire.

"How can I answer such a question?"

"Could it be a question that you don't wish to answer?"

"I thought I was supposed to lie on a couch and you wouldn't say a word. It's like the inquisition or something. Are you trying to make me feel I'm wrong? Because I do that for myself."

"Do you think it would be wrong not to like children?"

"Because children don't do you any harm."

"Not directly, perhaps. But indirectly ..."

"Perhaps you don't have any," I said.

"Well, then. That's my answer I like them most of the time."

"But you have ... " He glanced at his list and made do with, "a remarkable number. You seem upset that your husband doesn't want any more. This hardly sounds like someone who likes children most of the time. It sounds more of ... "

"I wouldn't use that word. Conviction, perhaps, would be nearer the mark."

"I thought I was meant to lie on a couch and talk about whatever came into my head."

"I'm not an analyst, Mrs. Armitage. I simply want to find out how you should be treated."

"I am not here to persuade you of anything. You came of your own free will."

"In that case I do everything of my own free will. Crying, worrying about the dust. Even having children. But you don't believe that, do you?"

"I'm not here to believe you, Mrs. Armitage. That isn't the point."

"You keep saying you're not here to do this, that and the other. What are you here for?"

"Perhaps," he gave another of his wan smiles, "to find out why you hate me so much, at the moment. Oh, I don't mean myself, personally, of course. But you hate something, don't you ... other than dust?"

"What was the first thing you hated – can you remember?"

"And a girl called ... Ireen Douthwaite, when I was a child. And a woman called Philpot. I don't remember ... "

"Tell me about Jake."

"Yes. Go on. Tell me about Jake." He sounded as though he were daring me. I laughed and spread my hands out, looking down on them.

"Whatever you want to tell me." 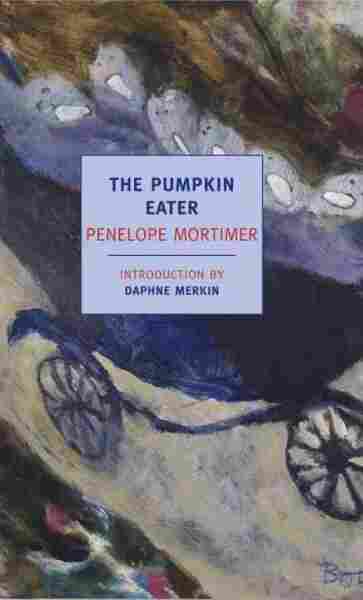 by Penelope Mortimer and Daphne Merkin