Accessibility links
'My New American Life': An Immigrant Nanny Drama Lula, an immigrant from Albania, works as a live-in nanny in suburban New Jersey in this novel by Francine Prose. When advised by her immigration lawyer to write a memoir of her childhood, she delves into the mythologies of her homeland, since the truth is comprised of bleak, grubby misery. 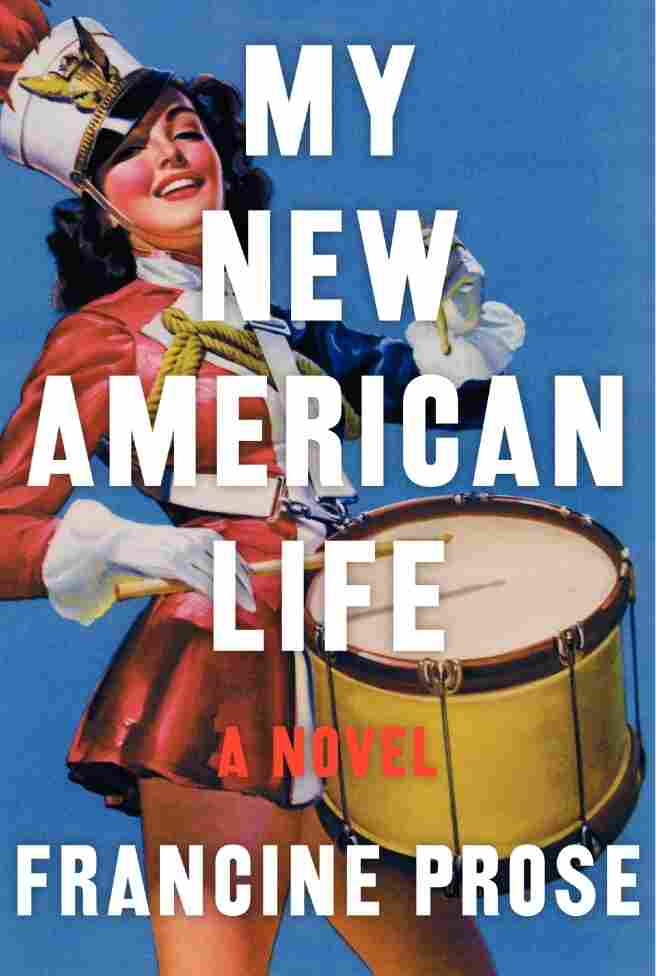 American literature is full of earnest, heartfelt novels about the immigrant experience. Often, as in Ha Jin's A Free Life and Jhumpa Lahiri's The Namesake, these books shed light on what it means to be American by focusing on families awkwardly straddling two cultures, the old one left behind and the new, bewildering melting pot into which the younger generation are more rapidly assimilated than their parents.

Francine Prose's 16th book of fiction, My New American Life, takes an unusually lighthearted approach to the immigrant novel. Prose, a native New Yorker, has produced a social satire about post-9/11 America as seen through the eyes of a scrappy 26-year-old Albanian orphan named Lula. Coming from a paranoid culture of duplicity and larceny, "the most extreme and crazy Communist society in Europe," Lula lies her way to New York, "the so-called land of opportunity," on a tourist visa. She finds a different sort of paranoia in Bush-Cheney America—"And yet, for all the mixed feelings shared by waiters and busboys alike, the strongest emotion everyone felt was the desire to stay here."

With her visa running out, Lula lands a job as a live-in nanny in suburban New Jersey—with a boss who's willing to sponsor her and enlist his oldest friend, a hotshot immigration lawyer, to help her. Lula's undemanding job is to take care of a mostly self-sufficient high school senior, Zeke, stunned by his unstable mother's decampment months earlier. Zeke's father, whom Lula calls Mister Stanley, is a preternaturally subdued former economics professor who switched to more lucrative investment banking, though his heart isn't in it.

Bored and restless, Lula spends her days reading in the local library and worrying that a missing friend has been abducted by sex traffickers. Encouraged by her boss and lawyer to write a memoir called My New American Life, she produces magical stories based on Albanian folklore, which she presents as family history: "The true stories of her childhood were tales of grubby misery without the kick of romance, just suffering and more suffering, betrayal and petty greed. It was nice to mine the mythical past. Wasn't that the Albanian way?" 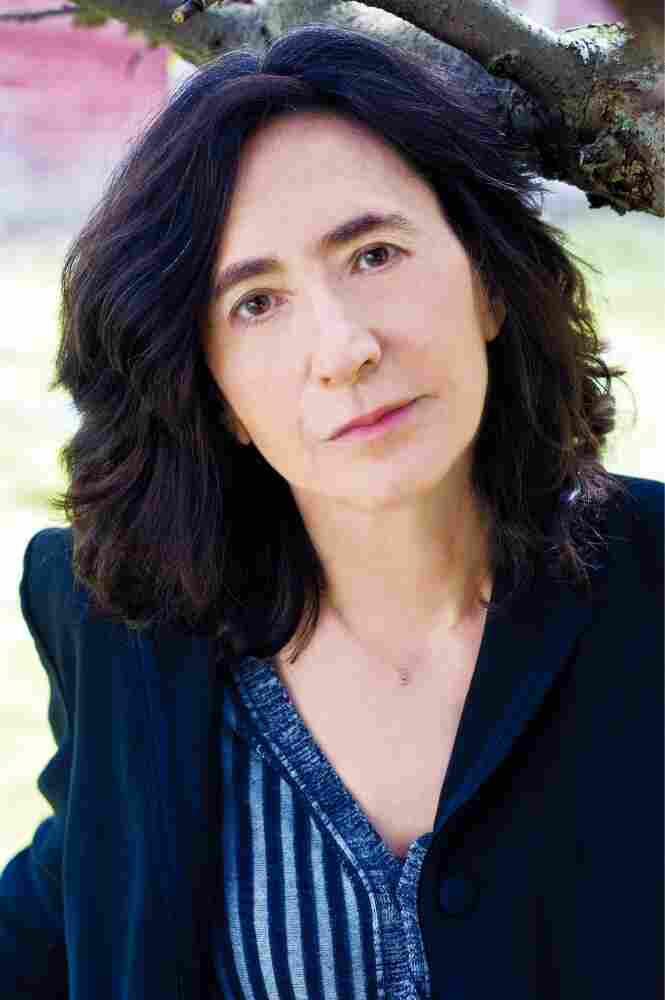 Francine Prose is the president of the PEN American Center and the author of Blue Angel, a finalist for the National Book Award. She lives in Brooklyn. Stephanie Berger hide caption

When three Albanian "brothers" show up in a black Lexus SUV and ask for "a teensy favor," to hold a gun for them, she doesn't ask many questions: "Not knowing more than she needed to was a policy that Lula tried to follow...It was how you survived under Communism." Besides, she's attracted to their handsome ringleader and happy for the diversion.

Prose, who skewered academia in Blue Angel, is, as always, sharply intelligent. She keeps My New American Life entertaining—and lightweight—with an antic plot and an undertone of amiability running beneath her ironic comparisons of gloomy, brutal Albania and supposedly brighter America, where euphemisms for torture abound and unappealing teenagers are hostile to their well-meaning parents. Lula's English is virtually flawless—which spares Prose from having to deal with foreign accents or locutions. But it also means that Lula's foreignness has to be conveyed entirely through her "Eastern Bloc pessimism" and caustic cultural observations. Example: "No one cooked in this country, though they were obsessed with every mouthful and afraid of how it might harm them."

With My New American Life, Prose has whipped up a frothy, benignly spicy ethnic dish. 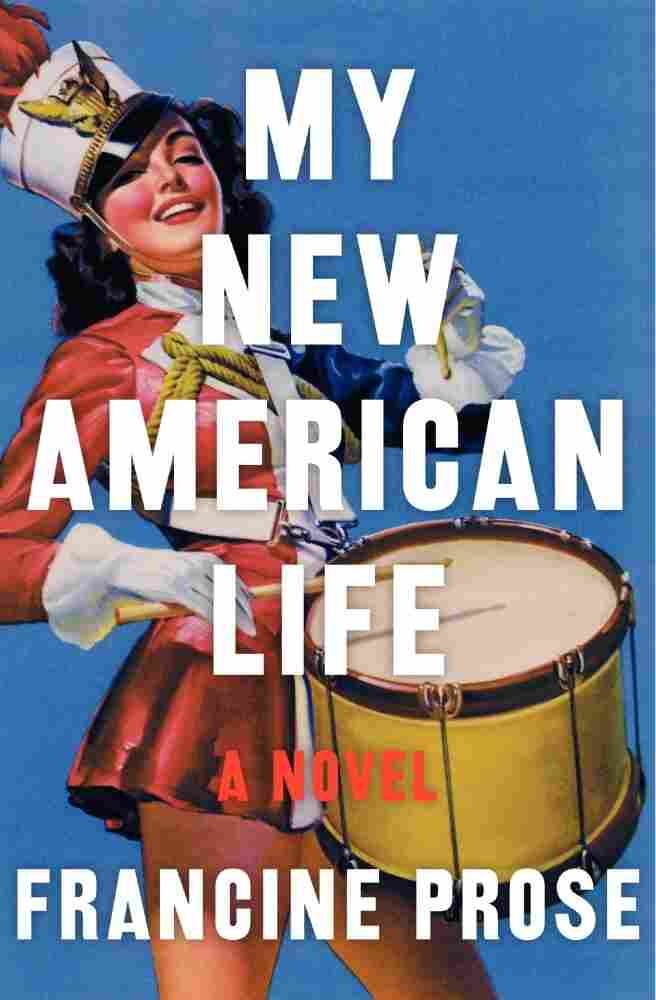 The day after Lula's lawyer called to tell her she was legal, three Albanian guys showed up in a brand-new black Lexus SUV. She had been staring out her window at the drizzly afternoon and thinking that the mulberry tree on Mister Stanley's front lawn had waited to drop its last few leaves until it knew she was watching. Obviously, this was paranoid and also egocentric, but in the journal that her immigration lawyer and her boss had suggested that she keep, she wrote: "October, 2005. Does a leaf fall in New Jersey if no one is there to see?"

Don Settebello and Mister Stanley would go nuts for a line like that. They were always telling Lula she should write a memoir about her old Albanian life and now her new one in the United States. Don even had a title, My New American Life. Lula had a better title,Stranger in a Strange Land, but she'd already seen it in the public library. Maybe she could still use it. Maybe no one would notice.

Raindrops beaded the SUV as it trawled past the house where Lula lived and worked, taking care of Mister Stanley's son Zeke, a high school senior who only needed minimal caretaking. In fact Zeke could do many things that Lula couldn't, such as drive a car. But since Mister Stanley believed that teenagers shouldn't be left on their own, and since he went off to Wall Street at dawn and didn't return until late, he had hired Lula to make sure that Zeke ate and slept and did his homework. Mister Stanley was very safety-conscious, which Lula found very admirable but also dangerously American. No Albanian father would do that to his son and risk turning him gay.

Lula's duties included making sure there was food in the house. Most afternoons, Zeke drove Lula to the supermarket in his vintage 1970 Oldsmobile. Considering how little they bought and how much of it was frozen, they could have shopped once a month, but they enjoyed the ritual. On the way, Zeke gave Lula driving tips: who went first at an intersection, how to speak the silent language that kept drivers from killing each other like they did constantly in Tirana. Zeke might have been explaining the principles of astrophysics, but Lula appreciated the gesture, just as Zeke liked feeling superior to Lula and better about having a nanny only nine years older than he was. The word nanny was never mentioned. Lula explained to Zeke that in her native country only party bigwigs were allowed to own the black deathmobiles that sped through Tirana in packs, and then the economy tanked and no one could afford a car, so now Albanians drove their hot or secondhand Mercedes like kids who'd had their licenses for about five minutes.

As had Zeke, who still wasn't legal to drive at night. But he'd grown up in a car culture, driving was his birthright. Every country had problems, but when Lula saw how Americans drove, how American children drove, she couldn't help feeling cheated for not having been born here. Her dad used to borrow her uncle's car, and then he sort of stole it and smuggled it over the border from Albania into Kosovo, where both her parents were killed in a car wreck. Lula had never mentioned this sad fact to Mister Stanley or Zeke. It would only have upset Mister Stanley and made Zeke suspect that his driving lessons might not be enough to put Lula on the road.

Mister Stanley said Zeke could have the gas-guzzling-pig Olds if he hardly ever drove it. If he had to drive at all, his dad preferred him in a tank. Zeke was so in love with the Olds that he kept it in the garage and rode the bus back and forth to school, and Mister Stanley parked his seven-year-old Acura minivan at the end of the driveway. Officially, Zeke was only allowed to drive to The Good Earth Market, which his father liked, because it was close and had organic choices, and which Zeke also liked (it was practically the only thing off the corporate grid, though his actual food tastes ran to mesquite-flavored corn chips and microwavable ramen. Zeke didn't notice the other shoppers looking down their rich straight suburban noses at what he and Lula bought. Probably theirs was the only household in which the Albanian girl let the American teen decide. Lula had cooked vegetables, many times, but Zeke refused to eat them. Let his wife worry some day.

After she and Zeke got back from the market, Lula mixed them each a mojito, a splash of alcohol in Zeke 's, a healthy splash in her own, heavy on the sugar and mint. Zeke sat on a kitchen stool and watched Lula make dinner. Most nights they ate pizza with frozen crust, tomato sauce from a jar, and mozzarella that, refrigerated, would outlive them both.

Sometimes Lula unpeeled tiny ice-dusted hamburgers, which, steamed in the microwave, were surprisingly delicious, surprisingly like a street snack you could buy in Tirana. Bad food made Zeke feel rebellious, which every teenager needed. The better Zeke felt about himself, the more secure Lula's job was, and the likelier her chances of staying in this country, though Mister Stanley and Don Settebello had made it clear that their helping Lula was not about her working for Mister Stanley and being good for Zeke.

And now, hooray, she was legal! Lula inhaled and shuddered, half at the shiny black Lexus still patrolling the block, the other half at her daily life. The life of an elderly person! 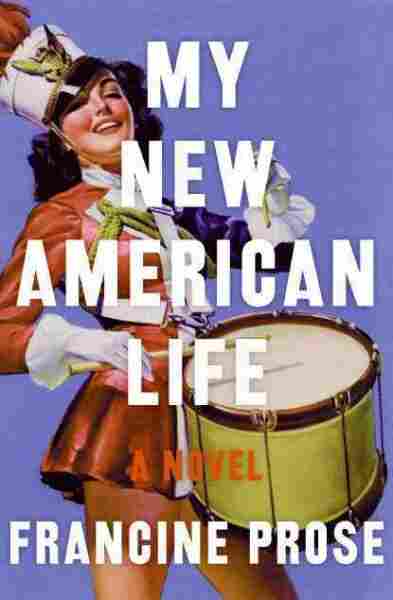