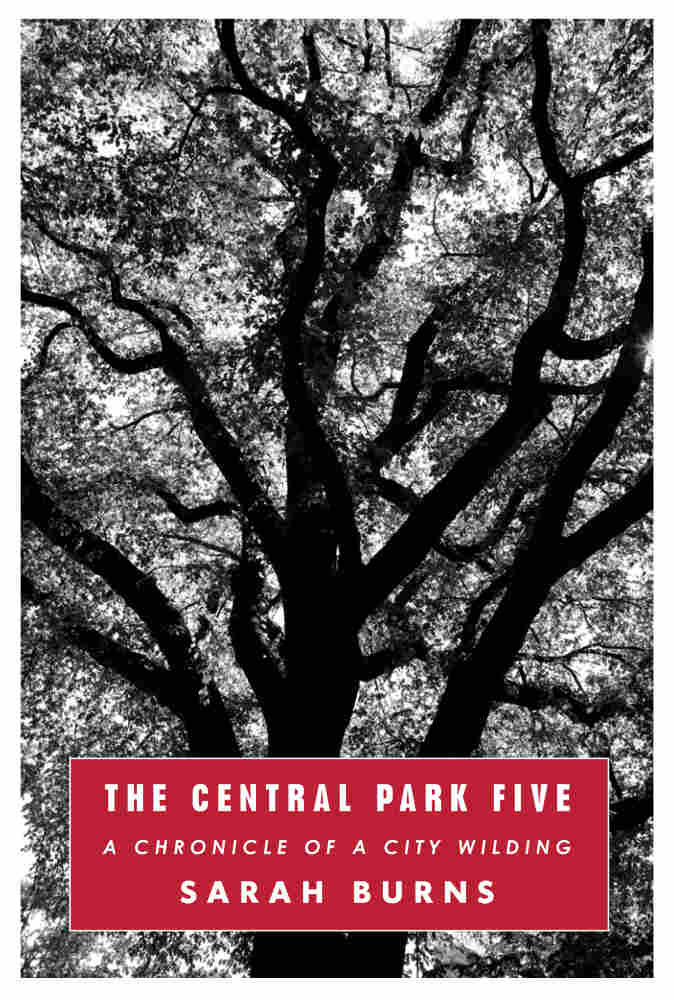 The story of the woman who was brutally raped on April 19, 1989, and who would come to be known as the Central Park jogger, is a horrifying one. But Sarah Burns' The Central Park Five: A Chronicle of a City Wilding is not about the heartbreaking assault and subsequent heroic recovery of Patricia Meili, the white, 28-year-old victim of the notorious crime. It is the story of the five African-American teens who were convicted of her rape, sentenced and imprisoned, only to have those convictions vacated 13 years later.

Burns describes New York on the cusp of the 1990s as a violent and dangerous place, where, "on average, 36 people were murdered every week." She sets the scene of a city in despair. In Harlem, the home neighborhood of the Central Park five, "men were less likely to reach the age of 65 than men in Bangladesh," according to a study Burns quotes. And Central Park itself had been a breeding ground for crime for more than a decade: In one of his Tonight Show monologues from 1972, Johnny Carson quipped, "Some Martians landed in Central Park today ... and were mugged."

Antron McCray, Kevin Richardson, Korey Wise, Yusef Salaam and Raymond Santana Jr. — all between the ages of 14 and 16 — were hardly innocents. The night of Meili's rape, they prowled Central Park and perpetrated random crimes, terrorizing two cyclists and two joggers, beating one severely enough to hospitalize him. After the cyclists reported this scattering of assaults to a nearby police precinct, the teenagers were brought in and held until the arrival of their guardians. Meili's lifeless and savagely beaten body had yet to be discovered. But when a patrolman found her in the muddy puddle where she'd been left, the young men became immediate suspects. Over the next many hours and into the morning, the police coerced confessions from the group. The fact that none of these confessions accurately reflected the evidence at hand or even the timing of the Meili attack was inconsequential. Once they'd confessed, the teens were irreversibly perceived as guilty. 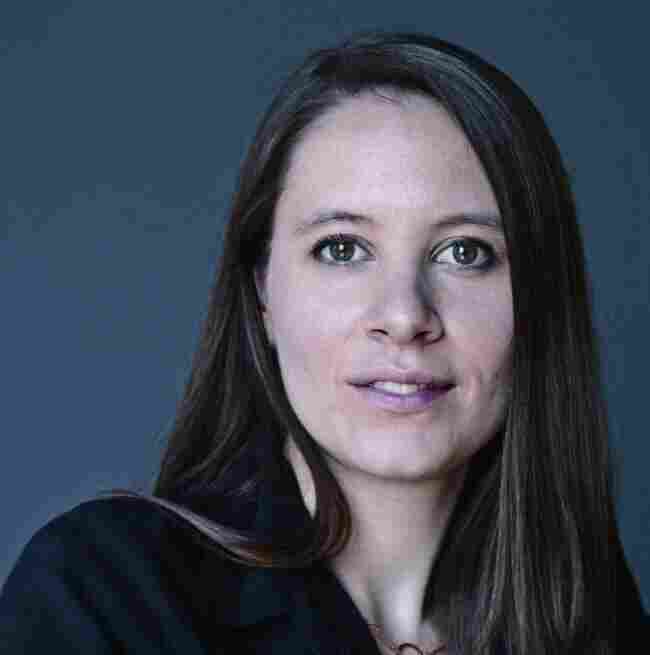 Sarah Burns is producing a documentary film based on this book with her father, filmmaker Ken Burns. Michael Lionstar hide caption

The Central Park Five reads like any great true-crime book, even if, from the start, we know these teenagers are innocent. Burns is quite obviously passionate about civil rights, and she attributes the conviction of the Central Park five and the hysteria surrounding the crime to systematic and rampant societal racism. In the pages that follow her account of the confessions, she provides an overview of racial violence in America, focusing with particular outrage on the atrocities of the Jim Crow era. In grim detail, she describes the 1899 lynching of Sam Hose, a laborer accused of killing his white employer and raping his wife. From there, Burns dissects the rhetoric used by the New York media to describe the Central Park five. They were feral animals, "a wolfpack," "wild criminals." Their alleged marauding was ominously labeled "a wilding" — according to the Daily News, "street slang for going berserk." Burns makes connections to similar language used against blacks during Jim Crow.

It's now clear that racism played a role in the coerced confessions and reflex assumption of guilt, but Burns — whose reporting is penetrating and storytelling crisp — does her argument a disservice by framing the events in such one-sided terms. Were the police and the general public really so wrong to have pointed a finger at the Central Park five, given the other assaults they'd unleashed that horrible spring night?

Disturbingly, as the trial of the Central Park five got under way in October 1989, Matias Reyes, the man who had actually committed the assault on Meili, was rampaging in New York, stabbing each of his subsequent and multiple rape victims in the eyes in order to prevent them from identifying him. Reyes would eventually be brought to justice, but not for the assailing of Meili. Only after a jailhouse encounter with one of the Central Park five would he own up to the crime. In 2001, his DNA was tested against a semen sample from Meili's sock, and it was a match.

A subject as incendiary and complex as racism calls for clarity, and Burns is a calm, lucid and concise writer. The daughter of filmmaker Ken Burns, she plans to follow up her book with a documentary about the Central Park five. Even a decade after the assault, the bias and hate rhetoric so ubiquitous and destructive in 1989 had yet to abate, as is suggested in the way pundit Ann Coulter described the crime in The New York Times in 2002: "A mob of feral beasts," she wrote, "descended on Central Park [and] brutalized a female jogger while incomprehensibly chanting 'Wild Thing' in their ghetto patois."

Sadly, in the vast metaphoric and communal beauty of Central Park, some darkness still lurks.

Excerpt: 'Central Park Five: A Chronicle of a City Wilding'

The day it happened, Wednesday, April 19, 1989, Raymond Santana, Jr., walked over to the Taft Houses in East Harlem to visit a friend. Raymond, whose family had moved to New York from Puerto Rico before he was born, lived with his father and grandmother in an apartment building on 119th Street, a few blocks north of the project, but he often hung out in the courtyard of the Taft Houses, where some of his friends lived. At fourteen, he was of average size-about five six and 130 pounds-with curly hair and small features. He was well liked at school, where his good sense of humor made him popular with girls. Even though there were always kids playing sports around the neighborhood, especially basketball and football in local school yards and the decrepit project courtyards, Raymond was more interested in drawing. He took art classes and spent a lot of his free time sketching.

As Raymond sat with his friend in the Taft courtyard that warm afternoon, a bunch of kids who lived there and in the surrounding buildings arrived. One of the boys in the group was Antron McCray, an exceptionally shy fifteen-year-old African-American from Harlem. Antron lived with his mother, Linda, and his stepfather, Bobby McCray, on 111th Street. He had adopted his stepfather's name at an early age and always considered Bobby his real father. The McCrays were devoted to their only son and were involved in his activities. Though he was a tiny five three and weighed only ninety-eight pounds, Antron was a good athlete and played shortstop on a neighborhood baseball team that his stepfather coached. They had gone to Puerto Rico together for an all- star tournament, a highlight of his Little League career. Antron was enrolled in a small public school program called Career Academy, where he enjoyed his social studies classes and got pretty good grades. Antron and Raymond had seen each other before, since they went to different schools housed within the same building, but didn't know each other well.

Over the next hour, the group in the Taft courtyard grew to about fifteen teenagers. Raymond and Antron joined them as they all began to wander south along Madison Avenue, then turned west onto 110th Street, heading toward Central Park. A block ahead, at the corner of the park, was an apartment complex called the Schomburg Plaza. The Schomburg is made up of two narrow thirty-five-story octagonal towers and, behind them, a large, squat, rectangular building. The two towers sit facing the northeast entrance to Central Park on a traffic circle centered at the intersection of Fifth Avenue and 110th Street. They are by far the tallest buildings in the vicinity and dominate, like sentinels, that corner of the park. Built in 1975 as a city development for middle-and low-income families, all three of the unsightly structures are constructed of beige concrete, with deep grooves running vertically like scars up and down the walls.

Yusef Salaam and Korey Wise, both African-Americans, lived in the northwest tower of the Schomburg Plaza complex. Yusef and Korey were good friends but could not have been more different. Yusef was skinny and tall, nearly six three, even at age fifteen. Korey, at sixteen, was only five five, and stockier. Yusef was a talented kid. He had been accepted at LaGuardia High School of Music and Art, a highly selective public school that requires the submission of an art portfolio for admission. Yusef, like Raymond Santana, had been drawing since he was five and was interested in jewelry making and wood sculpture. He also liked to take electronics apart to see how they worked and to try to put them back together. Korey, on the other hand, had had hearing problems from an early age and a learning disability that limited his achievement in school. He was in the ninth grade in April 1989, but his reading skills were nowhere near that level.

Yusef came from a strong family. His mother, a freelance fashion designer and part-time teacher at Parsons School of Design, raised three children on her own, and pushed them to succeed. Yusef was a practicing Muslim and followed the tenets of his religion closely. But he had been kicked out of LaGuardia when a knife was found in his locker. After his expulsion, Yusef switched schools several times; by April of 1989, his mother had placed him at Rice, a private Christian school in Harlem. She had also signed him up for the Big Brothers Big Sisters program, which paired him up with David Nocenti, an assistant U.S. attorney, with whom he'd been spending time for the past four years. Yusef, who was gregarious and laid-back, prided himself on having friends from all over the neighborhood.

Korey Wise was also raised by a single mother, Deloris, who was pregnant in April 1989, and he had three older brothers. Korey was a good friend to Yusef, fiercely loyal, and well liked. At that time, he was dating a girl named Lisa Williams, who lived with a foster family in the same Schomburg tower. But his childhood had been especially difficult. Korey had only recently moved back in with his mother in the Schomburg Plaza; before that, he'd been living in foster care, at a group home in the Bronx. He moved there, he said, because his brothers were "coming and going," and he needed a more stable environment, but Aminah Carroll, a director at the Catholic foster agency that monitored Korey's case, remembered a much more troubled household. Carroll suspected that Korey's hearing problems had resulted from physical abuse, and when she tried to get him treatment, his mother refused to sign the necessary paperwork. A few years earlier, Korey had been on a trip to an amusement park, where he was molested by a group leader.

At sixteen, Korey was a gentle, emotionally stunted boy, his problems amplified by his hearing loss. Carroll remembers his mother as being psychologically as well as physically abusive. Yusef, who knew Korey's family well, remembers Mrs. Wise as an outspoken and strong woman who attended church frequently, but not as someone who was abusive. Whatever the cause, Korey's development was severely delayed and his ability to comprehend his complicated and sometimes dangerous surroundings was woefully inadequate. 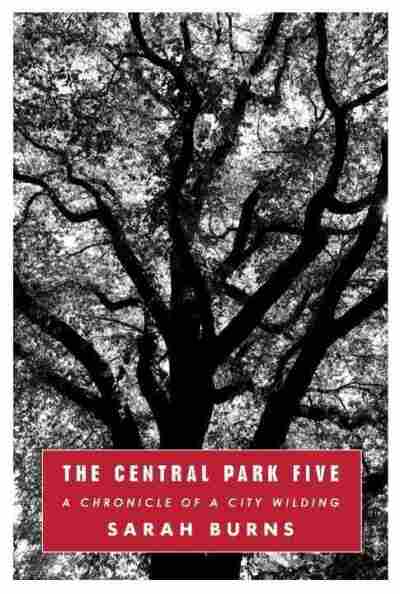 A Chronicle of a City Wilding