Accessibility links
Julian Barnes Finds The 'Pulse' Of Heartache Barnes' graceful, conversational collection of stories deftly probes love, loss and matters of the heart. His diverse characters span countries and centuries, and with sharp, engaging dialogue they grapple with what it means to fall in — and stay in — love. 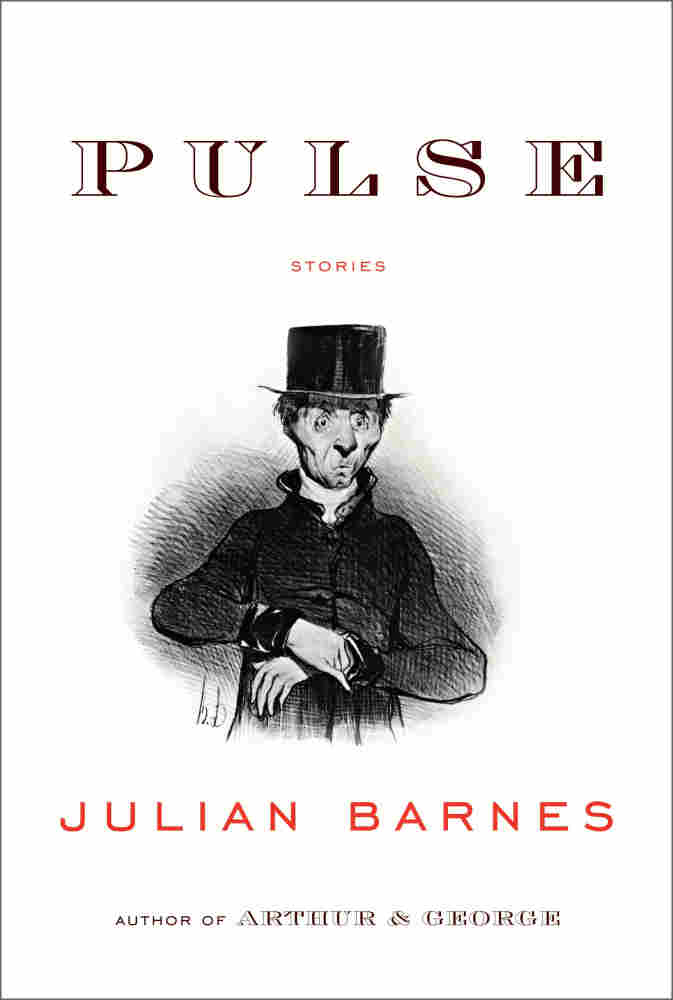 In Julian Barnes' last book, essays on death called Nothing to Be Frightened Of, he wrote of fearing the nothingness or oblivion of death. In Pulse, his understated but stealthily moving third collection of stories, Barnes' main focus is on love and intimacy — how it starts, and what accounts for its endurance or failure to thrive. Many of his characters suffer the loss of one of their five senses, or of a close relationship.

In the title story, a 30-year-old only son contrasts his own dismal marriage to his parents' long, happy attachment. He wonders whether talent or luck is at the heart of a successful union. When his father confesses, after losing his sense of smell, that what he misses most is the scent of his wife, the son marvels at this intimate detail. Later, he pictures his father rubbing fresh herbs under his dying mother's nose after they learn that smell and sound are the last systems to shut down. "Mum's dying, but Dad's losing her," he keeps reminding himself.

Barnes, whose versatile output includes the historical novels Flaubert's Parrot and Arthur & George, travels back centuries in several stories. "Harmony" is an absorbing but peculiar tale about a gifted 18th-century Austrian pianist whose hysterical blindness is temporarily cured through unorthodox treatment. Basing his narrative on an actual case — Franz Mesmer's treatment of Maria Theresia von Paradis — Barnes makes the curious decision to uphold "a routine literary mannerism" of the era, suppressing so many details that the opening of his story reads like Mad Libs: "The encounter between M— and Maria Theresia von P— took place in the imperial city of V— between the winter of 177— and the summer of the following year." 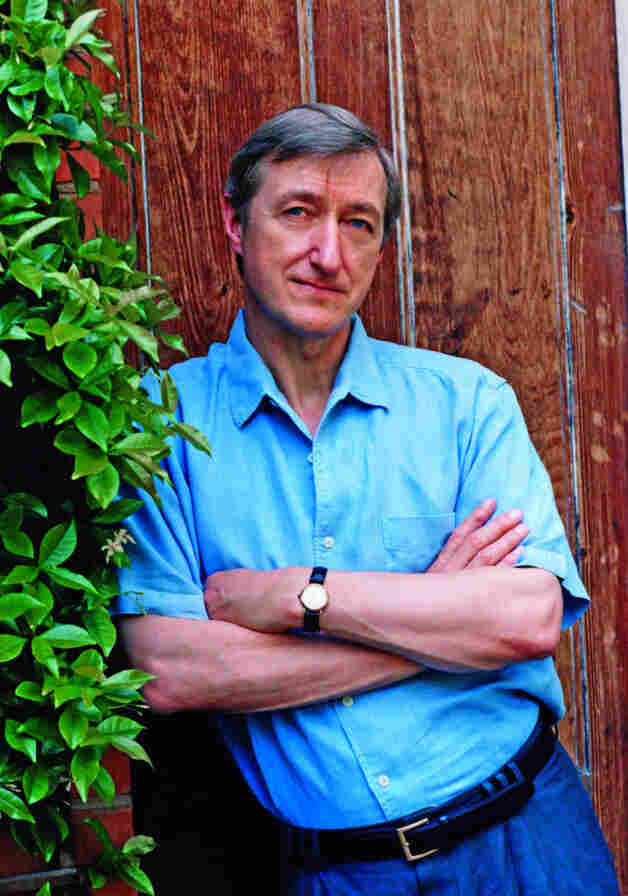 Julian Barnes is the author of several story collections and novels, including Nothing to Be Frightened Of and Arthur & George. He lives in London.   hide caption 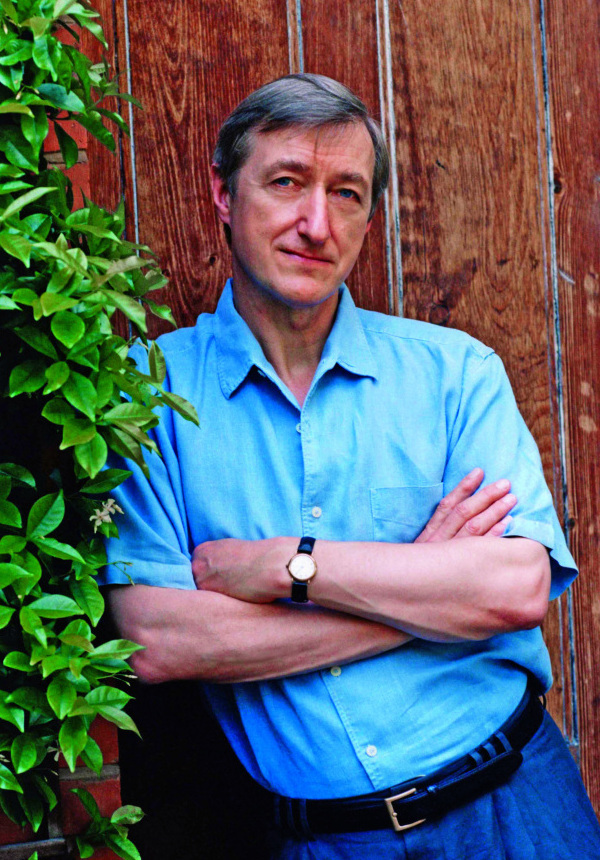 Julian Barnes is the author of several story collections and novels, including Nothing to Be Frightened Of and Arthur & George. He lives in London.

Several stories involve 30-something men rebounding from heartache and venturing into new relationships. "East Wind" packs a wallop, as a divorced estate agent sabotages a promising affair by snooping into the painful past that his new girlfriend was trying to escape. In "Trespass," a methodical hiker notes all the time one saves by being single — "extra time in which to be lonely."

A different sort of heartache is at the center of the powerful "Marriage Lines," in which a man who has lost his wife to sudden illness — much as Barnes lost his wife, literary agent Pat Kavanaugh, to brain cancer in 2008 — travels back to where they vacationed happily in the Hebrides, and realizes, "he was not in charge of grief. Grief was in charge of him."

Interspersed through the first half of Pulse is a quartet of witty, clever dinner party conversations, "At Phil & Joanna's," presented with little exposition. The tight-knit group of aging boomers who gather every few months manage to preserve their high spirits even as they banter about serious subjects, including American politics, global warming, health care, "the marmalade theory of Britishness," and gender distinctions in talking about love and sex. These snappy running dialogues evoke Barnes' conversational novels, Talking It Over and Love, Etc., as well as Raymond Carver's What We Talk About When We Talk About Love. They also demonstrate, along with the other stories in this graceful collection, that Barnes has his finger firmly planted on the pulse of topics that continue to matter to us.

From Sleeping with John Updike

"I thought that went very well,"

Jane said, patting her handbag as the train doors closed with a pneumatic thump. Their carriage was nearly empty, its air warm and stale.

Alice knew to treat the remark as a question seeking reassurance. "You were certainly on good form."

"Oh, I had a nice room for a change. It always helps."

"They liked that story of yours about Graham Greene."

"They usually do," Jane replied with a slight air of complacency.

"You know, I never worry about that anymore. It fills a slot."

When had they first met? Neither could quite remember. It must have been nearly forty years ago, during that time of interchangeable parties: the same white wine, the same hysterical noise level, the same publishers' speeches. Perhaps it had been at a PEN do, or when they'd been shortlisted for the same literary prize. Or maybe during that long, drunken summer when Alice had been sleeping with Jane's agent, for reasons she could no longer recall or, even at the time, justify.

"Is it?" Jane looked puzzled, and a little dismayed, as if she thought they were.

"Well, I imagine we'd have readers coming to see us time and again. They'd expect some new anecdotes. I don't think either of us has told a new story in years."

"Actually, we do have people coming to see us again and again. Just fewer than ... if we were famous. Anyway, I think they like hearing the same stories. When we're onstage we're not literature, we're sitcom. You have to have catchphrases."

"Don't prickle, dear. It doesn't suit." Alice couldn't help noticing the sheen of sweat on her friend's face. All from the effort of getting from taxi to platform, then platform to train. And why did women carrying rather more poundage than was wise think floral prints were the answer? Bravado rarely worked with clothes, in Alice's opinion—at least, after a certain age.

Jane was embarrassed when Alice referred to herself as an artist rather than a writer, and thought her books strove to appear more highbrow than they were; Alice found Jane's work rather formless, and at times bleatingly autobiographical. Each had had a little more success than they had anticipated, but less, looking back, than they thought they deserved. Mike Nichols had taken an option on Alice's Triple Sec, but eventually pulled out; some journey man from telly had come in and made it crassly sexual.

Not that Alice put it like this; she would say, with a faint smile, that the adaptation had "skimped on the book's withholdingness," a phrase some found baffling. Jane, for her part, had been second favourite for the Booker with The Primrose Path, had spent a fortune on a frock, rehearsed her speech with Alice, and then lost out to some fashionable Antipodean.

"Who did you hear it from, just out of interest?"

"Jane, how can you possibly forget Jim's name?"

"Well, I just did." The train blasted through some village halt, too fast to catch the signboard. Why did Alice need to be so stern?

She wasn't exactly spotless herself. "By the way, did you ever sleep with him?"

Alice frowned slightly. "You know, to be perfectly honest, I can't remember. Did you?"

"I can't either. But I suppose if you did, then I probably did as well."

"Doesn't that make me sound a bit of a tart?"

"I don't know. I thought it made me sound more of a tart." Jane laughed, to cover the uncertainty.

"Do you think it's good or bad—the fact that we can't remember?"

Jane felt back onstage, facing a question she was unprepared for. So she reacted as she usually did there, and referred the matter back to Alice: the team leader, head girl, moral authority.

"Oh, I think it's best to have a Zen approach to that sort of thing."

Sometimes, Alice's poise could make her rather too oblique for ordinary mortals. "Are you saying it's Buddhist to forget who you slept with?"

"I thought Buddhism was about things coming round again in different lives?"

"Well, that would explain why we slept with so many pigs."

They looked at one another companionably. They made a good team. When they were first asked to literary festivals, they soon realised it would be more fun to appear as a double act.

Together they had played Hay and Edinburgh, Charleston and King's Lynn, Dartington and Dublin; even Adelaide and Toronto.

They traveled together, saving their publishers the cost of minders.

Onstage, they finished one another's sentences, covered up each other's gaffes, were satirically punitive with male interviewers who tried to patronise them, and urged signing queues to buy the other one's books. The British Council had sent them abroad a few times until Jane, less than entirely sober, had made some unambassadorial remarks in Munich.

"What's the worst thing anyone's done to you?"

"Are we still talking bed?"

"Jane, what a question."

"Well, we're bound to be asked it sooner or later. The way everything's going."

"I've never been raped, if that's what you're asking. At least,"

Alice went on reflectively, "not what the courts would call rape."

When Alice didn't answer, Jane said, "I'll look at the landscape while you're thinking." She gazed, with vague benignity, at trees, fields, hedgerows, livestock. She had always been a town person, and her interest in the countryside was largely pragmatic, a flock of sheep only signifying roast lamb. 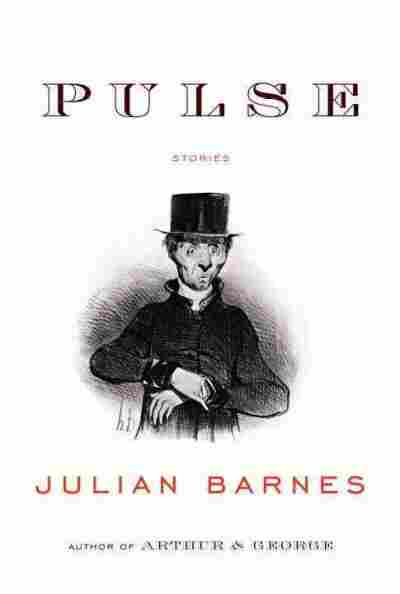