Accessibility links
Muddled Love Aboard 'The London Train' Tessa Hadley creates an intricate tangle of marriage, divorce, lovers and friends in a sophisticated novel that rides the rails between London and Cardiff, Wales. 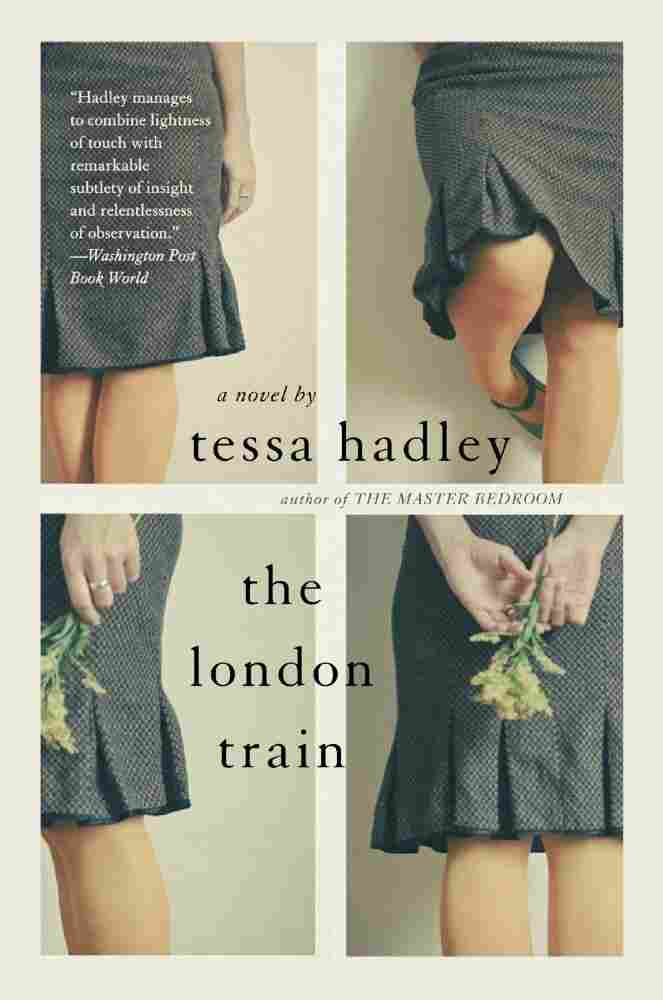 "Love is a kind of comfortable pretense ... muffling everyone's separation from one another, which is absolute." So thinks the disenchanted 35-year-old woman who has left her stalwart, workaholic older husband in the second half of Tessa Hadley's diptych of a novel, The London Train.

Like her earlier books, which include The Master Bedroom (2007) and the same year's Sunstroke and Other Stories (four of which first appeared in The New Yorker), The London Train brings a quiet, nuanced intelligence to domestic fiction. British writer Hadley's focus is on the intricate tangle of marriage, divorce, lovers, close friends, children and stepchildren — the web people create for themselves, sometimes happily, often ambivalently.

The London Train recasts these familial preoccupations in an intriguing, sophisticated structure — which adds resonance to a somewhat spindly, creeping plot. The novel takes the form of two seemingly separate stories which hinge at a crucial meeting point — on the eponymous train between Cardiff, Wales, and London's Paddington station — and turn out to be mirror images of each other. The use of intertwining plots brings to mind Maggie O'Farrell's 2010 novel, The Hand That First Held Mine, while the randomness of the chance but pivotal encounter evokes Noel Coward's classic extramarital love story, Brief Encounter.

The London Train involves adultery, but its deeper concern is with how long-term relationships withstand various strains, including not just illicit affairs but family and work pressures and, perhaps most significantly, time and our essential discreteness as individuals. Each half of the book focuses on a character who, for different reasons, yo-yos repeatedly between Cardiff and London, leaving and returning to, in each case, a somewhat bewildered spouse. 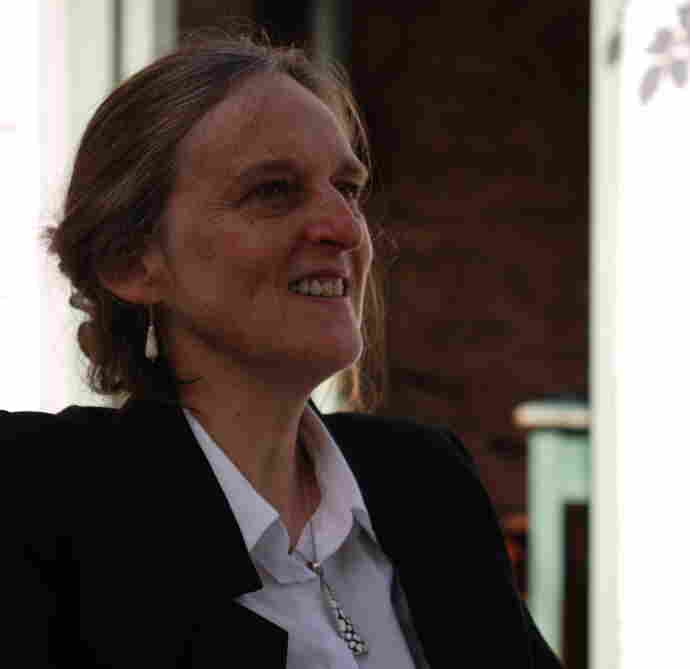 Paul is a literary critic who counterbalances "the heady instability of a life lived in the mind" with his "life-saving" attachment to his two small daughters. When his daughter from his first marriage — whom he'd long neglected — becomes pregnant and drops out of university, Paul leaves his family in Wales and, bizarrely, joins her for weeks in the grim London flat she shares with her Polish boyfriend. Not recognizing his own dazed state following his mother's death, he declares his ostensible goal to "shake her awake" and bring her home. Meanwhile, his daughter keeps telling him, "This is what I want" — until she decides it isn't, after all.

The latter half of Hadley's novel, Cora's story, is a mirror image of Paul's midlife crisis. It makes more sense after we learn how the two connect — a discovery I'll leave to the reader. Suffice it to say that 12 years into her childless marriage to a senior civil servant who puts his work above all, and three years after the death of her own mother, Cora embraces a solitary, detached existence "in a perpetual present" by moving back into her parents' gut-renovated house in Cardiff. "I don't want anything," she keeps telling her eminently reasonable husband — until his sudden disappearance shakes them both out of their complacency.

The London Train is the sort of muted, thoughtful read that requires switching from the clattering express onto life's slow local tracks. Hadley, a meticulous stylist, has woven into her narrative reflections on memory and time. But, more than ideas, it is images like the "hawk beak" of a man's sexual interest "jabbing" at a woman that repay the careful reader.

At the end of all the other transactional calls he had to make the next day, Paul meant to telephone Annelies, his first wife. Before he could get round to it, Annelies telephoned him, which was not usual; often they did not speak for months at a time. She sounded as if she was offended with him, but he was used to that: it had been their mode together, the contest of hot offence and cold repudiation, ever since they first found themselves in this awkward relation, strangers bound together by the thread of their child – his oldest daughter, who was now almost twenty. He had not been much older than that himself when she was born.

– How long do you think it is since you last saw Pia? Annelies demanded as soon as he picked up the phone.

– I was going to telephone you, he said. – I have some news. Mum died yesterday.

He tried not to be glad that he cut her righteousness off in mid-flow.

– Ah, Paul. That's sad. How sad. I'm so sorry. Pia will be upset, she loved her Nana. Paul had used to drive Pia to Birmingham, to visit her grandmother in the Home. It was one of the ways he filled the time he spent with his oldest daughter, and it was true that she had seemed genuinely attached to Evelyn. She had surprised him; he did not think of Pia as resourceful, but she had been full of patience, not minding the old lady's repetitions, having her hand squeezed in emotion, over and over.

– She isn't here. This is why I was telephoning you.

– No. I mean she's gone. Taken her stuff and gone.

Not all of it, of course. Her room's still one hell of a mess.

Pia had left home after an argument with her mother about a week ago. There was no point in raising any alarm, going to the police, because Pia had phoned Annelies twice, to tell her she was safe. She said she was staying with friends.

– Then I suppose she's all right. She's old enough.

She's free to go where she likes.

– But which friends, Paul? Is it too much to want to know where she is?

Pia was supposed to be in the first year of a degree at Greenwich, in subjects he was never precisely sure of: media, culture and sociology? Paul had taken her out for a meal when he was last up in London, a few weeks ago. He tried hard now to remember what they had talked about. Instead he remembered a new steel stud that she'd had fitted in her lower lip: she had sucked at this stud whenever their conversation dried up, which it often did, stretching her top lip down to pull at it in a way that was nervous and unattractive. He had tried to get out of her some spark of interest in what she was studying, but she spoke about it all with the same obedient flatness. Her mouth with its full, pale lips and strong shape was like his own, he knew that: Pia was supposed to look like him, she was tall and fair and thin as he was, her skin was susceptible to flares and rashes, like his when he was adolescent. In spirit she couldn't have seemed farther from how he was at her age: he had been consumed in the cold fire of politics and ideas, she was anxiously shy, wrapped up in the tiny world of her friends and their fads, devoid of intellectual curiosity.

– She'll soon be back, he reassured Annelies. – As soon as she realises she has to do her own washing and buy her own food.

Annelies came to the funeral, in a black suit that fitted too tightly. She was almost matronly these days; Elise beside her seemed light and elastic on her feet as a girl, even though she was the older of the two. Elise had said black didn't matter any more, she had let Becky and Joni wear their party dresses: the little girls scampered, vivid as sprites in the sunshine, among the ugly monuments of the crematorium. Elise and Annelies had never been rivals; Paul's first marriage had been over for several years when he met Elise. Elise had made a point of winning over his forthright, abrupt first wife. Now the two women borrowed tissues and whispered confidences, squeezing and touching one another in the way women did. He felt remote from Annelies. She was beginning to look like her mother, a stout, sensible Dutch primary-school teacher.

During the perfunctory service Paul couldn't take in what he ought to. The minister was a stranger who had been supplied with a few platitudes: Evelyn had worked hard all her life, much of it at Wimbush's bakery; she had devoted herself also to her family; in her retirement she had enjoyed travelling all over Britain and Ireland, and farther afield too. Paul had had no idea, when asked, which were his mother's favourite hymns. She had never been a churchgoer, although she had been coyly, almost flirtatiously, interested in religious ideas. He had guessed at a couple of things from his childhood: 'There Is a Green Hill' and 'To Be a Pilgrim'. At the end of the service net curtains were pulled jerkily on a rail around the coffin before it was shunted off. 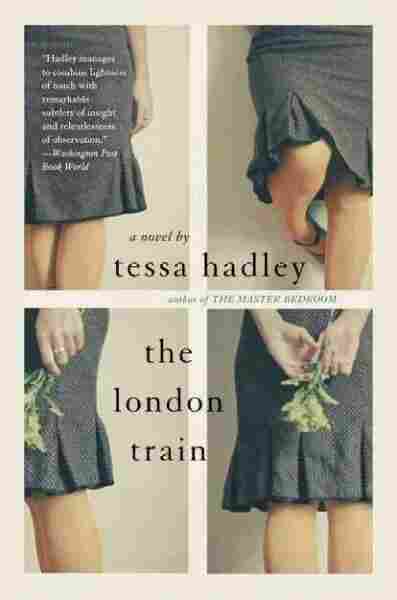