Accessibility links
A Weird, Wonderful Ramble Through 'Other Europe' Andrzej Stasiuk brings wise eyes and an immense curiosity to the forgotten corners of Europe in On the Road to Babadag.

A Weird, Wonderful Ramble Through 'Other Europe'

A Weird, Wonderful Ramble Through 'Other Europe' 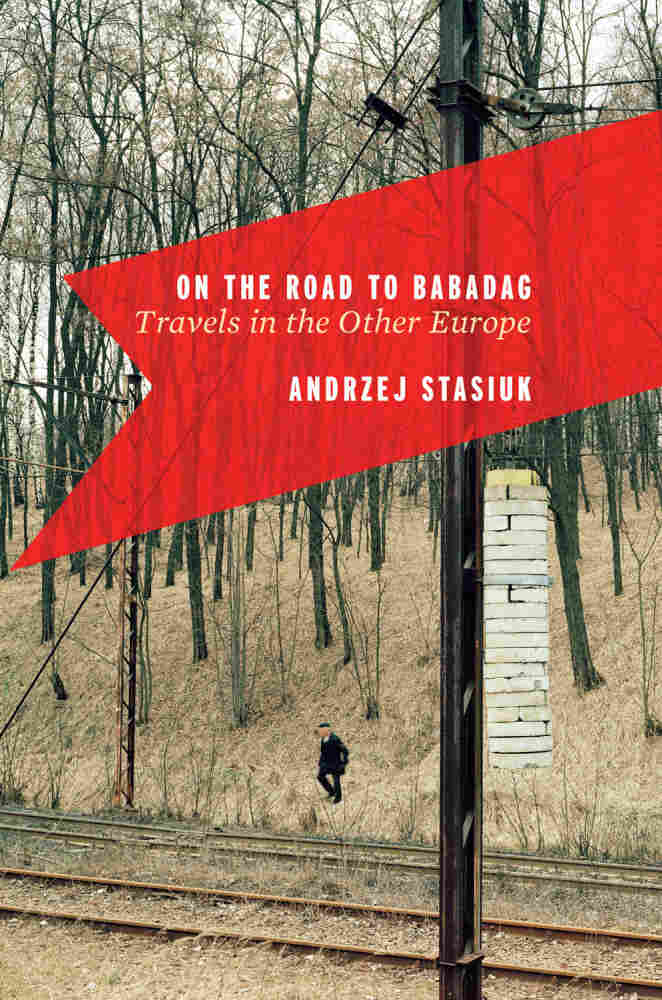 On The Road To Babadag: Travels In The Other Europe
By Andrzej Stasiuk, Translated by Michael Kandel
Hardcover, 272 pages
Houghton Mifflin Harcourt
List Price: $23

In 1846, when Jacub Szela first ascended as a Polish leader, he guided a ragtag mob of peasants and serfs in a fight against their landowners and gentry. Szela had been anointed "king of the peasants" for 24 hours by the ruling Austrian empire, and in that time he raised an army, running into taverns with the cry, "Get to work, boys, and hurry, for time passes." Those men would slaughter almost 1,000 noblemen in their quest for economic freedom. Szela and his followers came to a bad end (as uprisings of these sort tend to do). More than a century and a half later, writer Andrzej Stasiuk now sits in a dusty co-op on Szela's old stomping grounds in Vicsani — which are once again filled with the poor and powerless drinking their vodka and pear brandy — imagining the second-coming of the rebel leader. The land here may still be full of the poor and oppressed, but missing now are the oppressors to direct their fury against. Stasiuk, a Pole himself, addresses this frustration to his dead countryman: "There's no one for you to go after... The most you could do is go to Suceava and like a postindustrial Luddite smash a sky-blue ATM."

With On the Road to Babadag: Travels in the Other Europe, Stasiuk has ostensibly written a travel book, but calling it that would be a diminishment. Sure, there are the requisite passages about lush landscapes, anecdotes about unusual people met along the way, accounts of the generosity of strangers and miscommunications on trains and buses. Yet the book stretches far beyond the confines of its genre. Its scope is massive, covering philosophy and history, literature and politics. It's more along the lines of Black Lamb and Grey Falcon, Rebecca West's epic travelogue of the post-WWI Balkans, than anything you'd want to file next to Bill Bryson. 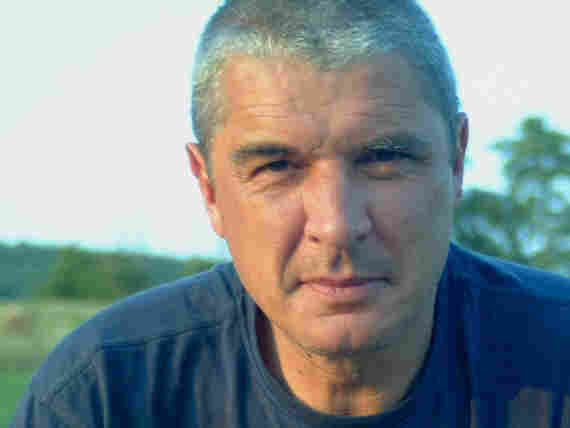 The "other Europe" of the subtitle is the region beyond the more postcard-ready sights of Paris, Stonehenge or the beaches of Spain. Stasiuk ruminates on the forgotten corners and cubbyholes of Europe, from small villages in Hungary and Romania to parcels of land off Moldova newly impacted by the first stirrings of sovereignty, where he can't even get his passport stamped because no other nation would recognize as legitimate the seal. He comes across a map of Europe, its Western countries clearly demarcated, its capitals noted with stars. "But to the east and south of Prague and Budapest lay a terra incognita: countries without capitals," he writes. "Some countries [aren't] even there. No Slovakia. Moldova, Ukraine and Belarus all evaporated in the dried-up sea of old empire." Likewise, the people of these nations have been largely forgotten. Many of the farmers and the habitues of bars express nostalgia for communist and long-dead tyrants, as democracy and capitalism have done nothing to improve their lives.

Not that it's all gloom. On the Road to Babadag has great humor and a wonderful loopiness. Stasiuk shows what life is like when the stakes are so low the rest of the world regularly overlooks you. And as for that thoroughly trodden area west of here? He has little interest in exploring what everyone else has already seen. "Observation," Stasiuk notes, "irons out objects and landscapes. Destruction and decline follow. The world gets used up, like an old abraded map, from being seen too much." He prefers the previously overlooked world, and he witnesses it with wise eyes and an immense curiosity.

Excerpt: 'On The Road To Babadag: Travels In The Other Europe'

On The Road To Babadag: Travels In The Other Europe
By Andrzej Stasiuk, Translated by Michael Kandel
Hardcover, 272 pages
Houghton Mifflin Harcourt
List Price: $23

Yes, it's only that fear, those searchings, tracings, telling whose purpose is to hide the unreachable horizon. It's night again, and everything departs, disappears, shrouded in black sky.

I am alone and must remember events, because the terror of the unending is upon me. The soul dissolves in space like a drop in the sea, and I am too much a coward to have faith in it, too old to accept its loss; I believe it is only through the visible that we can know relief, only in the body of the world that my body can find shelter. I would like to be buried in all those places where

I've been before and will be again. My head among the green hills of Zemplen, my heart somewhere in Transylvania, my right hand in Chornohora, my left in Spišska Bela, my sight in Bukovina, my sense of smell in Răşinari, my thoughts perhaps in this neighborhood ... This is how I imagine the night when the current roars in the dark and the thaw wipes away the white stains of snow. I recall those days when I took to the road so often, pronouncing the names of far cities like spells: Paris, London, Berlin, New York, Sydney ... places on the map for me, red or black points lost in the expanse of green and sky blue. I never asked for a pure sound. The histories that went with the cities, they were all fictions. They filled the hours and alleviated the boredom. In those distant times, every trip resembled flight. Stank of panic, desperation.

One day in the summer of '83 or '84, I reached Słubice by foot and saw Frankfurt across the river. It was late afternoon. Humid blue-gray air hung over the water. East German high-rises and factory stacks looked dismal and unreal. The sun was a dull smudge, a flame about to gutter. The other side — completely dead, still, as if after a great fire. Only the river had something human about it — decay, fish slime — but I was sure that over there the smell would be stopped. In any case I turned, and that same evening I headed back, east. Like a dog, I had sniff ed an unfamiliar locale, then moved on.

I had no passport then, of course, but it never entered my head to try to get one. The connection between those two words, freedom and passport, sounded grand enough but was completely unconvincing. The nuts and bolts of passport didn't fit freedom at all. It's possible that there, outside Gorzow, my mind had fixed on the formula: There's freedom or there isn't, period. My country suited me fine, because its borders didn't concern me. I lived inside it, in the center, and that center went where I went. I made no demands on space and expected nothing from it. I left before dawn to catch the yellow-and-blue train to Zyrardow. It pulled out of East Station, crossed downtown, gold and silver ribbons of light unfurling in the windows. The train filled with men in worn coats. Most got off at the Ursus factory and walked toward its frozen light. Dozens, hundreds, barely visible in the dark; only at the gate did the mercury light hit them, as if they were entering a huge cathedral. I was practically alone. The next passengers got on somewhere in Milanowek, in Grodzisk, more women in the group, because Zyrardow was textiles, fabrics, tailoring, that sort of thing. Black tobacco, the sour smell of plastic lunch bags mixed with the reek of cheap perfume and soap. The night came free of the ground, and in the growing crack of

the day you could see the huts of the crossing guards, who held orange caution flags; cows standing belly-deep in mist; the last, forgotten lights in houses. Zyrardow was red, all brick. I got off with everyone else. I was shift less here, but whatever I did was in tribute to those who had to get up before the sun, for without them the world would have been no more than a play of color or a meteorological drama. I drank strong tea in a station bar and took the train back, to go north in a day or two, or east, without apparent purpose.

One summer I was on the road seventy-two hours nonstop. I spoke with truck drivers. As they drove, their words flowed in ponderous monologue from a vast place — the result of fatigue and lack of sleep. The landscape outside the cabin window drew close, pulled away, to freeze at last, as if time had given up. Dawn at a roadside somewhere in Puck, thin clouds stretching over the

gulf. Out from under the clouds slipped the bright knife edge of the rising day, and the cold smell of the sea came woven with the screech of gulls. It's entirely possible I reached the beach itself

then, it's entirely possible that after a couple of hours of sleep somewhere by the road a delivery van stopped and a guy said he was driving through the country, north to south, which was far more appealing than the tedium of tide in, tide out, so I jumped on the crate and, wrapped in a blanket, dozed beneath the fluttering tarp, and my doze was visited by landscapes of the past

mixed with fantasy, as if I were looking at things as an outsider. Warsaw went by as a foreign city, and I felt no tug at my heart. Grit in my teeth: the dust raised from the floorboards. I crossed the country as one crosses an unmapped continent. Between Radom and Sandomierz, terra incognita. The sky, trees, houses, earth — all could be elsewhere. I moved through a space that

had no history, nothing worth preserving. I was the first man to reach the foot of the Gory Pieprzowe, Pepper Hills, and with my presence everything began. Time began. Objects and landscapes started their aging only from the moment my eye fell on them. 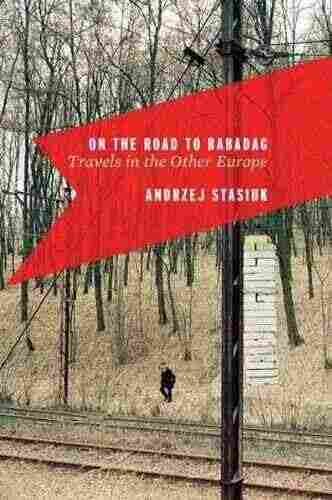 On the Road to Babadag

Travels in the Other Europe

by Michael Kandel and Andrzej Stasiuk