Accessibility links
Can Wizards And Vampires Collect Unemployment? As the Harry Potter and Twilight franchises come to an end, the wizards, vampires and werewolves that have become household names will find themselves looking for work. But finding employment as a marquee fantasy actor is tougher than it may seem. 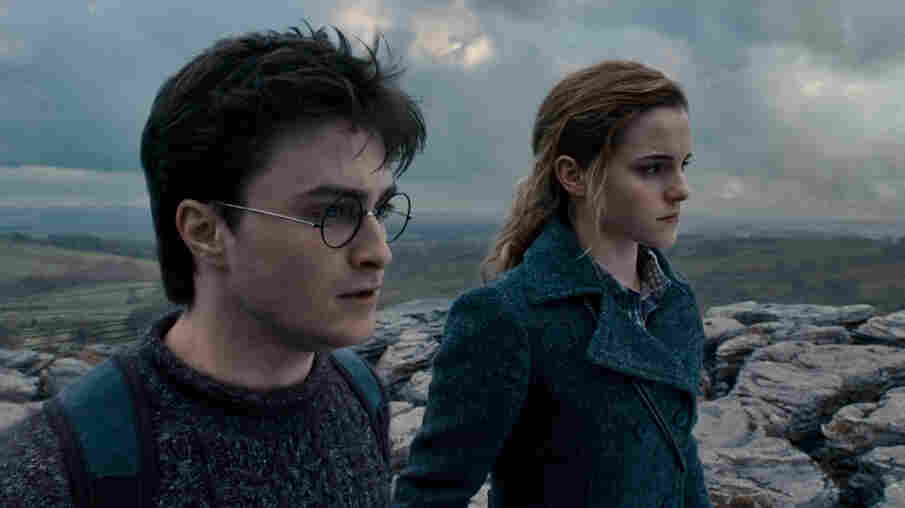 With employment numbers stuck in a rut and high school grads among those least likely to land jobs, along comes fresh competition. Do you have any idea how many wizards, werewolves and vampires are going to be out of work soon?

In a few months, Craigslist is going to have all kinds of eye-catching resumes:

OK, maybe these characters won't be stealing jobs from the newly graduated, but what about the actors who will no longer be playing them once their series end? We've known little Danny Radcliffe since he was just a wand-wielding tyke. Now, he's on Broadway, and what's he doing? Looking for work, appropriately enough, hoping to work his way up from the mailroom in the musical How to Succeed in Business Without Really Trying.

That title is kind of the question for all these young millionaire actors who've starred in the Potter and Twilight franchises. It's hard, after watching them in four or five or eight movies as one character, not to picture them in their most famous roles, even when they're taking on new ones.

Radcliffe, in particular, seems determined to avoid that. No pottering around as his series ends. He's already done an on-stage nude scene in Equus, he's currently tap-dancing to million-dollar-a-week grosses in How to Succeed and he'll soon be a ghost-buster of sorts in the film Woman in Black. 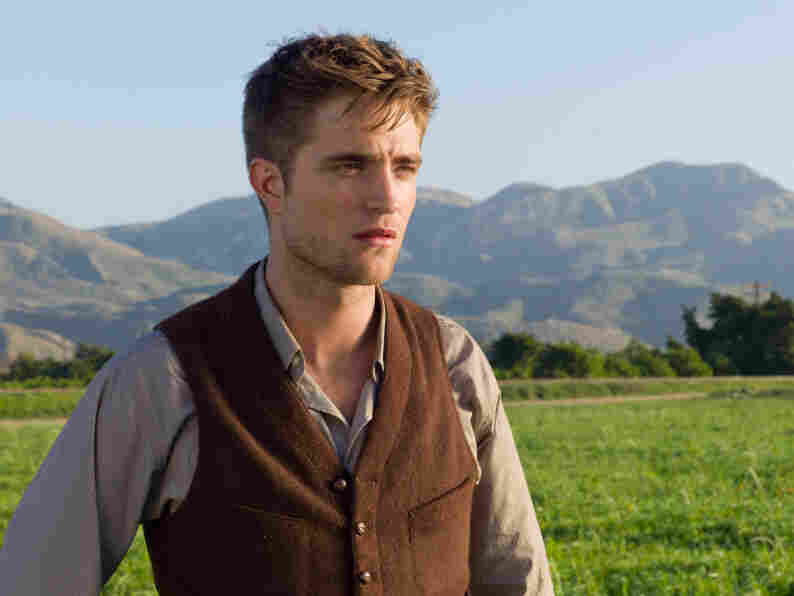 Robert Pattinson stands at a career-path crossroads as he must work to leave behind his undead Twilight smolder and go for something a bit more lively in films like Water For Elephants. David James/20th Century Fox hide caption 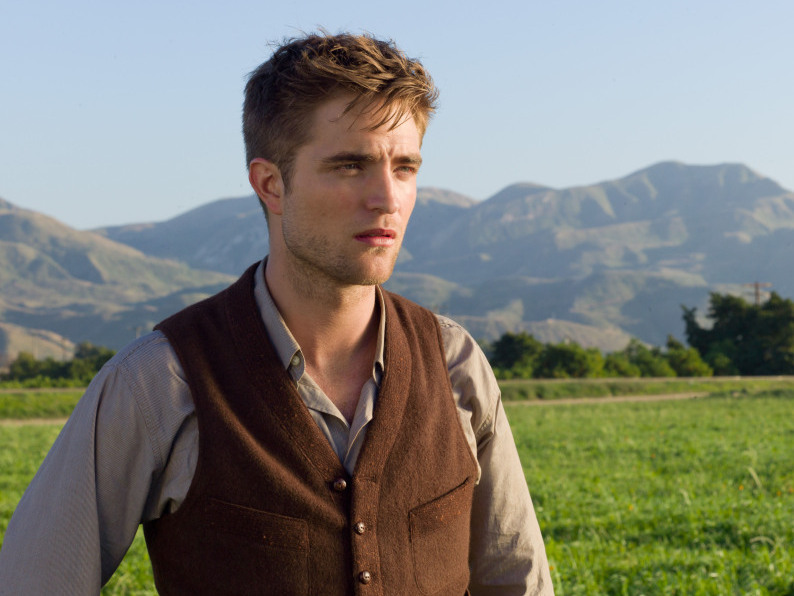 Robert Pattinson stands at a career-path crossroads as he must work to leave behind his undead Twilight smolder and go for something a bit more lively in films like Water For Elephants.

Radcliffe's onetime fellow wizard Robert Pattinson no doubt thought he'd escaped typecasting when his character, Cedric Diggory, died a horrible death in the fourth Potter film. But there was a fatal flaw in this fatality: Pattinson lept directly from the Potter movies into the Twilight movies. Those end next year, and as vampire Edward Cullen, he can't die or even age out of the role. He's stuck forever as a 17-year-old.

After being asked to do little more than glare, coo and sparkle in the Twilight movies, Pattinson's look is his most distinctive quality, so his attempts to branch out by playing warm-blooded heartthrobs haven't really redefined him. When he's, say, sitting out at night in the woods in Water for Elephants, and you see lights move behind him, you can't help thinking werewolves are stalking him. And when he stands behind Reese Witherspoon with his arms wrapped around her waist, you kind of wish she'd cover up her neck.

Pattinson's werewolf rival in the Twilight movies, Taylor Lautner, hasn't been doing much in Tinseltown besides sprouting fur under duress, but he'll try to claw his way into other territory come fall. In a film called Abduction, he learns he's not just a high school student and then discovers that everyone around him is dying.

Been there, howled that. 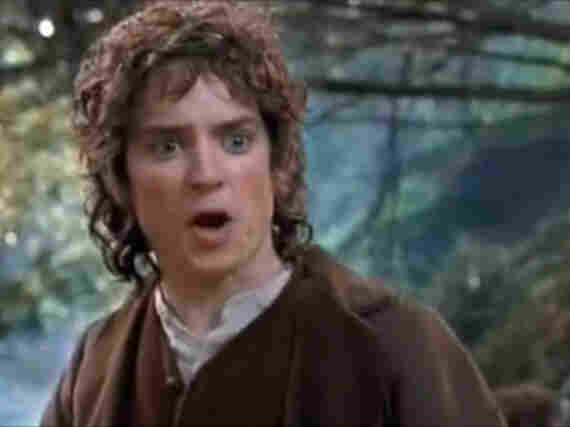 Elijah Wood, once a bright and shining child star, has lost some of his luster since embodying the indelible role of Frodo the Hobbit in the Lord Of The Rings trilogy — which may be why he's signed on to reprise the role in the upcoming Hobbit films. New Line Cinema hide caption

Elijah Wood, once a bright and shining child star, has lost some of his luster since embodying the indelible role of Frodo the Hobbit in the Lord Of The Rings trilogy — which may be why he's signed on to reprise the role in the upcoming Hobbit films.

As the human in Twilight, Kristen Stewart doesn't have quite the same problem. It might not be a great strategy to follow up her long-running Beauty-and-Two-Beasts act by playing Snow White in Snow White and the Huntsman, though perhaps when Thor (Chris Hemsworth) is your Huntsman, it's hard to resist. Regardless, Stewart's been doing two outside jobs for every Twilight movie since the series began, and while her other work hasn't been remotely as popular, it may help her escape the typecasting curse I keep thinking of as the Frodo dilemma.

Elijah Wood, who played Frodo in the Lord of the Rings trilogy, was a lad of 19 when he first put on his hobbit feet. Now, he's 30. And what's he done since? Well, immediately after the LOTR movies, he got good reviews as a minor character in Eternal Sunshine of the Spotless Mind, and not-so-good ones for his ingratiating performance in Everything Is Illuminated. And after that, you remember his starring roles in The Oxford Murders and Green Street Hooligans, no? Well, neither does anyone else.

Wood, who can currently be seen in the FX television series Wilfred, will play Frodo again in the upcoming Hobbit movies, and he's been putting himself out there as an actor all along, doing voice work in such animated hits as Happy Feet and 9, taking supporting roles in Sin City and a few other pictures.

He almost certainly never needs to work again, but it says something about the fleeting nature of fame that with more than a billion fans just a few years ago, the kid who Roger Ebert once called "the most talented actor in his age group in Hollywood history" has largely faded from view. In the public's mind, he's still got oversize feet, which should serve as a caution to those whose fame is intimately tied to fur, fangs and wands.

EXPERT IN ARITHMANCY. Graduated late, but top of her class. Willing to start work now.