Accessibility links
U.S., Allies Optimistic Gadhafi's 'Days Are Numbered' Secretary of State Hillary Clinton is preparing to meet with other top diplomats in Istanbul, Turkey, to discuss Libya. And while many believe Gadhafi is looking for a way out, others following the situation are not so sure, saying they've heard similar reports before. 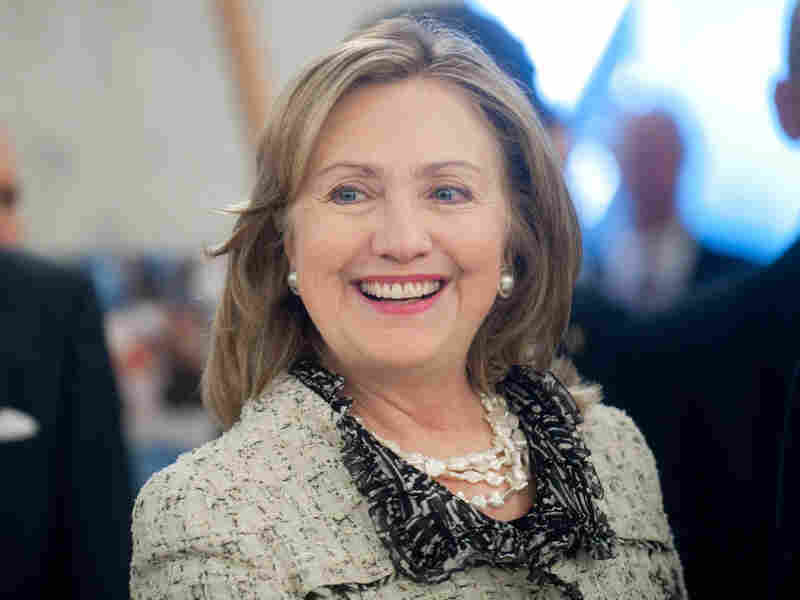 U.S. Secretary of State Hillary Clinton meets with the Contact Group regarding a Libya road map on May 5 in Rome. Giorgio Cosulich/Getty Images hide caption 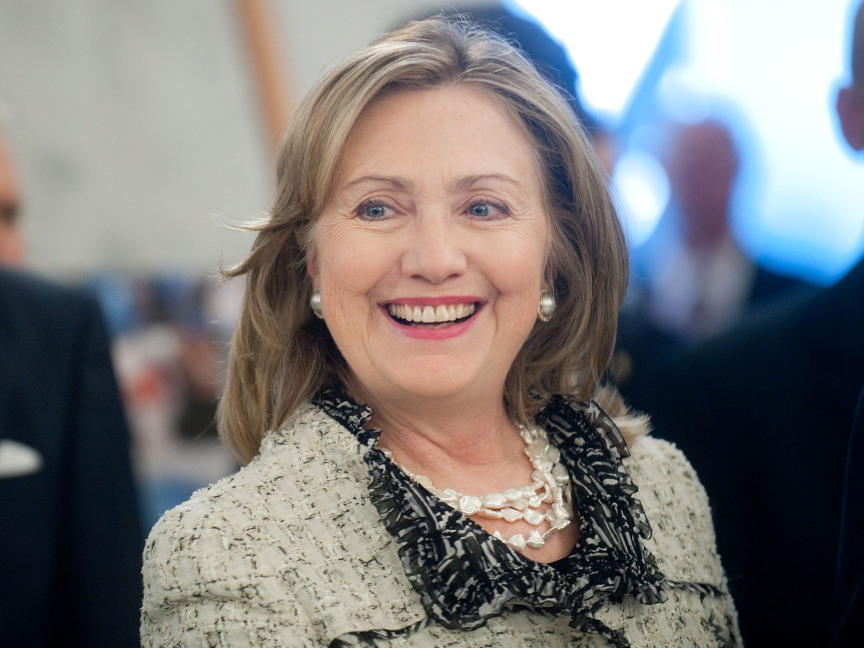 U.S. Secretary of State Hillary Clinton meets with the Contact Group regarding a Libya road map on May 5 in Rome.

Secretary of State Hillary Clinton and other top diplomats are gathering in Istanbul this week to talk about Libya amid fresh optimism that Libyan leader Moammar Gadhafi may be looking for a way out.

French officials have said that the Gadhafi regime is "sending messengers everywhere" to explore ways to end the conflict. U.S. officials have suggested that his regime is suffering from low morale and is running out of supplies.

Before setting off to Istanbul, Clinton told reporters that she has seen "contradictory signals" from Gadhafi's camp.

"He has yet to meet the redlines that are set by the international community to cease violence against his people, withdraw his forces, and step down from power," she said alongside her Russian counterpart Sergei Lavrov Wednesday. "Neither of us can predict to you the exact day or hour that Gadhafi will leave power; we do understand and agree that his days are numbered."

Dartmouth College professor Dirk Vandewalle says he has his doubts about the optimistic chatter in diplomatic circles.

"I'm reasonably skeptical because we heard those kinds of reports two months ago already," Vandewalle says. "What we have seen so far gives no indication that the [Libyan] government is running out of steam, so to speak."

Like many Libya watchers, Vandewalle says he is surprised that it has taken this long to force Gadhafi from power. In the long run, he says he's sure Gadhafi will run out of cash and support, but the Libyan leader has proven to be more resilient than anyone expected.

"This could take a little while," he says. "And, meanwhile, what we see is that from a military point of view, the situation remains very much stalemated, with villages changing hands literally almost by the hour."

The Dartmouth professor, who is on his way to Benghazi to help the rebel government prepare for the day after Gadhafi, says everyone underestimated the Libyan leader's staying power.

The president of the American Libyan Council, former journalist Fadel Lamen, is not surprised. He says Gadhafi is playing the international community once again.

Lamen says there is a growing sense of fatigue in Washington and "self-made optimism" in Europe. The morale of Gadafi's loyalists may be running low, he says, but "there are people still fighting for him."

Lamen points to troubles with the rebel government saying "the opposition has not come up with a political solution that they can communicate ... to the people around Gadhafi looking for a way out."

He says he is worried that as this drags on, the rebels could lose support and more cracks could emerge among big international players. And there is another complicating factor, Vandewalle says: More and more countries are trying their hand at diplomacy, and despite this "multiplicity of conversations," it is not clear which country or organization has the credibility to find a political solution or whether the Gadhafi government is really willing to consider these proposals.

So, he sees a stalemate on the diplomatic front as well.