Accessibility links
Rethinking How We Teach The 'Net Generation' According to writer and digital revolution expert Don Tapscott, the classic university lecture model is an outdated way of teaching a generation that has grown up making, changing and learning from digital communities. 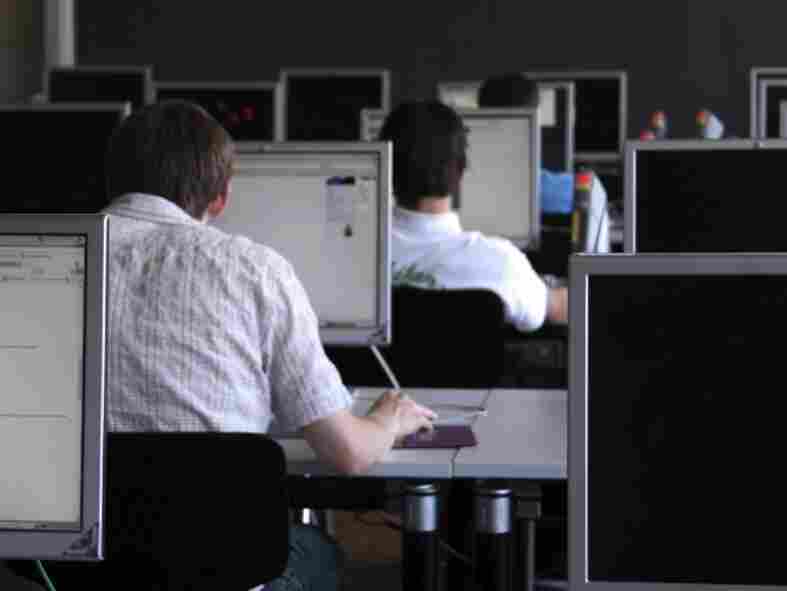 Author Don Tapscott says it's time for universities to adjust to students digital habits — not the other way around. iStockphoto.com hide caption 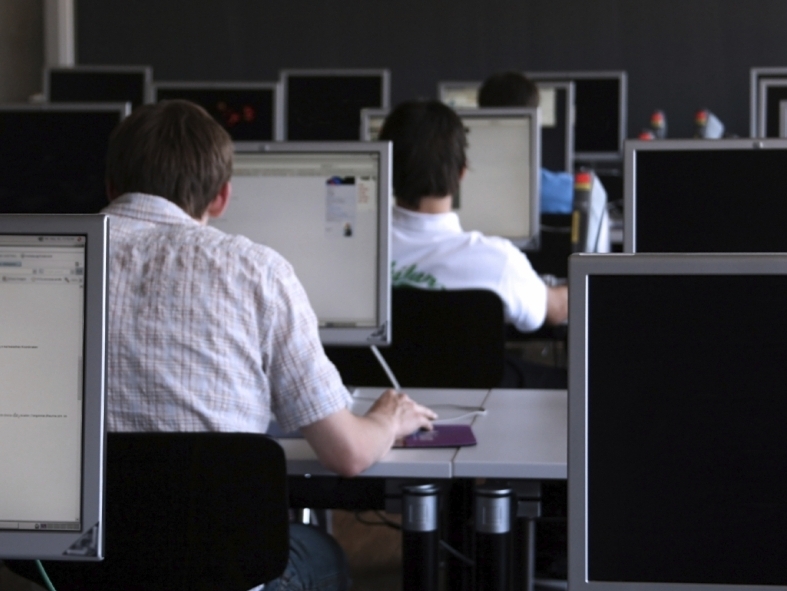 Author Don Tapscott says it's time for universities to adjust to students digital habits — not the other way around.

Few will argue about America's colleges and universities being critical to our economic and intellectual future. And by many measures, that future looks promising: Competition for places in the country's top schools is fiercer than ever, more families are willing to pay higher tuition, and employers are putting a greater premium on a college degree.

But Don Tapscott, co-author of Macrowikinomics: Rebooting Business And The World, argues that universities are woefully behind the times.

Tapscott — who has studied the digital revolution — tells NPR's Neal Conan that the traditional lecture model in American universities is no longer appropriate for a generation that has grown up making, changing and learning from digital communities.

"My generation — the boomers — grew up watching 24 hours a week of TV per kid," Tapscott says. But, he adds, today's young people have had a very different experience. 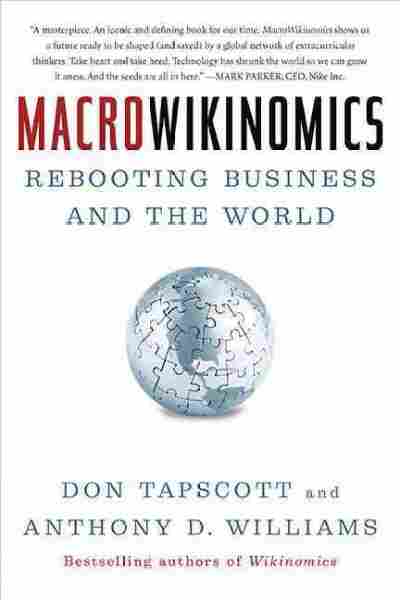 New Solutions for a Connected Planet

"This new generation comes home and they turn on their computer and they're in three different windows and they've got three magazines open and they're listening to iTunes and they're texting with their friends," he says, "and they're doing their homework."

With such a networked approach to work and leisure time, Tapscott says the traditional university classroom is starting to feel less appropriate.

A Harvard student studying the corporate management expert Peter Drucker once summed up his disillusionment with what Tapscott calls the "broadcast model" of learning: "Why would I sit there and listen to a [teaching assistant] talking to 300 of us," Tapscott recalls him saying, "when I can go online and interact with a real-time Peter Drucker?"

"The big thing is to get an 'A' without having ever gone to the lecture," Tapscott says. "All these kids that have grown up collaborating and thinking differently walk into a university and they're asked to sit there and passively listen to someone talking."

He says that if someone from 100 years ago miraculously came back and found a modern engineer designing a bridge, it would be clear how much technology had changed things. But if that same person walked into a university lecture hall today, it would be entirely familiar.

"We need to move toward a collaborative model of learning that's student focused, [that's] highly customized and that is a model appropriate for a new generation that learns differently," says Tapscott. He warns that universities are ignoring the changing needs and desires of young people — and they're doing so at their own peril.

"When you have the cream of the crop of an entire generation thinking that the model of pedagogy is deeply flawed," he says, "well, the writing's on the wall." 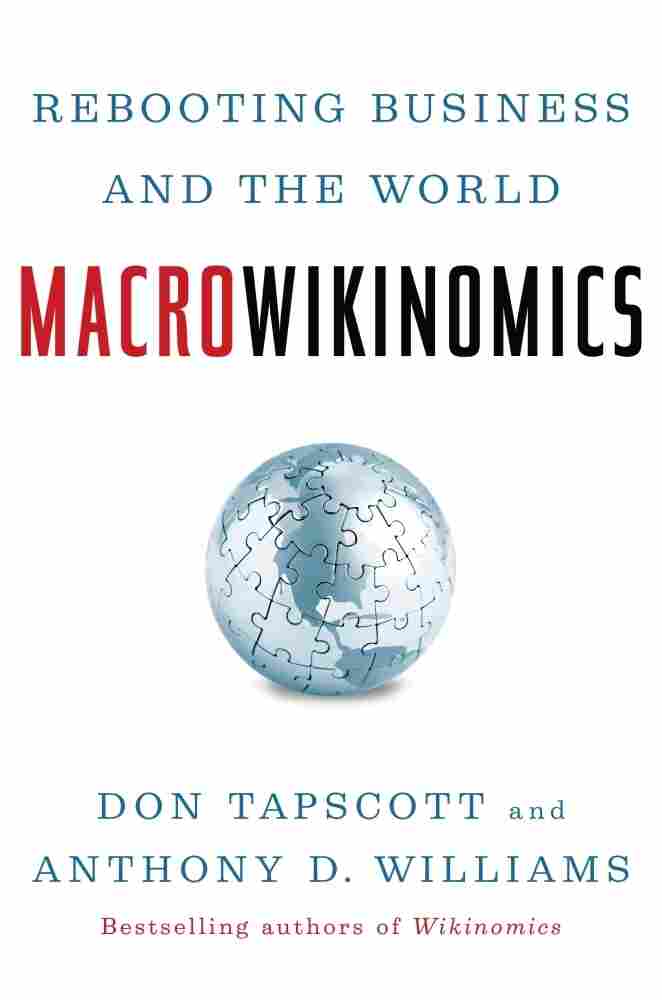 A TURNING POINT IN HISTORY

When the economy crashed in 2008, it cost American taxpayers trillions of dollars. Faced with a historic market meltdown, the worst recession in three generations, plus government guarantees that exceed the cost of every war the United States has ever fought, American taxpayers are understandably furious. It is pretty much the same story around the world. Many people are reviving calls for updated regulations, more government intervention, and even the breakup or nationalization of the big banks. In the meantime, the lingering effects of the financial meltdown threaten to engulf not just companies but entire countries in a sovereign debt crisis. In early 2010, Greece appeared unable to make good on its debt payments to worldwide bondholders. The fear about state defaults quickly spread to Spain, Portugal, and Ireland in a fiscal domino effect that jeopardizes all sixteen nations sharing the euro as a common currency. Governments everywhere are awash with unprecedented and potentially unsustainable debt. The United States looms largest, with Congress contemplating a budget that by 2020 would nearly double America's national debt, to $22 trillion — twice the size of the U.S. economy. Clearly we need to rethink the old approaches to governing the global economy. But rebuilding public finances and restoring long-term confidence in the financial services industry in the United States and other nations will require more than government intervention and new rules; it's becoming clearer that what's needed is a new modus operandi based on new business principles like transparency, integrity, and collaboration.

The financial system is not the only institution that's in desperate need of a makeover. The sparkling possibilities described above contrast sharply with the precipitous decline of the industrial economy as a whole. Many of the institutions that have served us well for decades — even centuries — seem frozen and unable to move forward. Sure, the industrial economy brought us three centuries of unprecedented productivity, knowledge accumulation, and innovation that resulted in undreamt-of wealth and prosperity. But that prosperity has come at a cost to society and the planet. And it is clear that the wealth and security enjoyed in advanced economies may not be sustainable as billions of citizens in emerging markets aspire to join the global middle class. If we continue on a business-as-usual path, today's global instability will surely increase. Indeed, we believe the world has reached a critical turning point: reboot all the old models, approaches, and structures or risk institutional paralysis or even collapse. It's a question of stagnation versus renewal. Atrophy versus renaissance. Society has at its disposal the most powerful platform ever for bringing together the people, skills, and knowledge we need to solve many of the issues plaguing the world. And if this book shows anything, it's that good things happen when we, as individuals and as organizations, seize the opportunity to contribute our ideas, our passion, and our creativity. The question is whether the world is ready to truly embrace the social and economic innovations that this collaboration could unleash.

This may sound like a fairly radical perspective, but it's one that mainstream voices increasingly endorse. None other than Time magazine recently saw fit to ring the alarm bells over the trouble it sees on the horizon. In a special feature on the ten ideas that will define the next ten years, Christopher Hayes asserts that it is twilight time for the elites. He says, "In the past decade, nearly every pillar institution in American society — whether it's General Motors, Congress, Wall Street, Major League Baseball, the Catholic Church or the mainstream media — has revealed itself to be corrupt, incompetent or both. And at the root of these failures are the people who run these institutions, the bright and industrious minds who occupy the commanding heights of our meritocratic order. In exchange for their power, status and remuneration, they are supposed to make sure everything operates smoothly. But after a cascade of scandals and catastrophes, that implicit social contract lies in ruins, replaced by mass skepticism, contempt and disillusionment." So what are we to do in the wake of this broad-based implosion? This new decade, Hayes suggests, will have to be about reforming our institutions to reconstitute a more reliable and democratic form of authority.

In fact, the evidence is growing daily that a powder keg of sorts is in the making. Fifteen million people between the ages of fifteen and twenty-four were out of work in North America and Europe as of this writing. There was 25 percent youth unemployment in France and Italy. In Spain, 45 percent of young people were jobless. At these levels, we are talking about structural unemployment for the whole generation and the picture ain't getting any rosier. Youth jobs are likely to be the last to come back after the recession and research shows that prolonged periods of unemployment can have lasting effects on one's career prospects as skills and education quickly get dated. The risk that a large cohort could fall behind has policy makers questioning how they're going to prevent a "lost youth generation" from becoming one of the recession's long-term casualties. Is there a way forward? Don't look to the government or the big corporations for the answers. The Kauffman Foundation's analysis of recent U.S. Census Bureau data shows that companies less than five years old create nearly two thirds of net new jobs in America. In other words, if the U.S. economy is going to have a sustained recovery in jobs, it will be up to entrepreneurs to lead the way.

Indeed, as the global economic crisis forced companies in every sector to cut their costs to stay alive, many began to see that hunkering down, while necessary, was insufficient for long-term success. From manufacturing to retail, smart managers have begun to initiate long overdue changes to their structures and strategies. It seems there is growing consensus that we are finally entering a very different economy. Economist Robert Reich asks, "What will it look like? Nobody knows. All we know is the current economy can't 'recover' because it can't go back to where it was before the crash." Instead he suggests, "we should be asking when and how the new economy will begin."