Accessibility links
Forced Together, Nazis And Victims Bear 'Witness' During the Nuremberg trials, a collection of key witnesses — including former Nazis and resistance fighters — lived together in a single house. In The Witness House, Christiane Kohl turns a potentially melodramatic historical moment into a moving and suspenseful portrait of reconciliation. 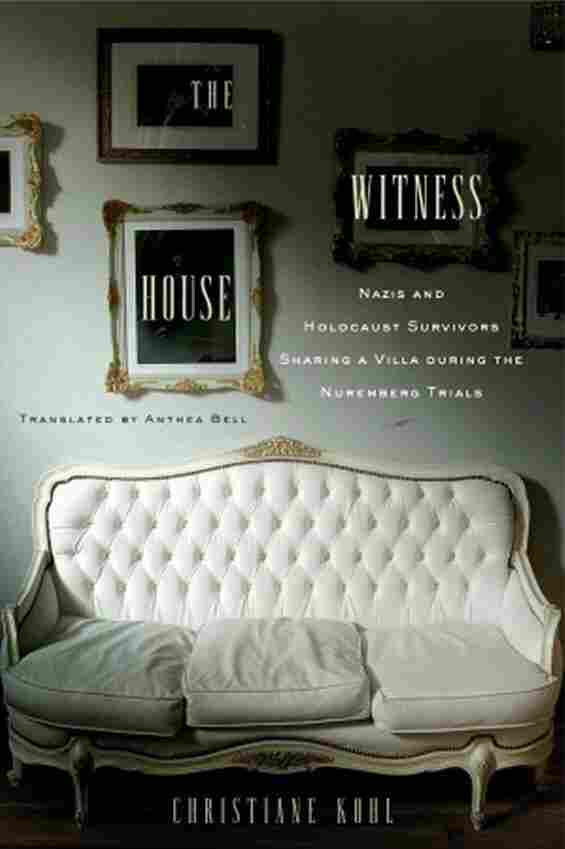 In the autumn of 1945, Hans Bernd Gisevius arrived in Nuremberg to testify against his former boss, the notorious Hermann Goering. Gisevius barely survived World War II -- he worked as a double agent within German intelligence, feeding information to the Allies, and had to flee to Switzerland after participating in the failed July 20 assassination attempt on Adolf Hitler. But now he was back in Germany and arrived at the appointed housing for trial participants, his elegant suit disguising the hardships he had endured, only to discover he was under the same roof as his archenemy, former head of the Gestapo Rudolf Diels. He poured himself a cognac, offered another to his hostess the Hungarian countess, and confided in her: "I'll murder him."

It sounds like the setup to a really bad movie, except the story is entirely true. During the Nuremberg trials, witnesses were all housed together and dined at the same table. On any given evening, concentration camp survivors sat next to personal friends of Hitler, resistance fighters next to SS officers, and counterintelligence officers next to former heads of the Gestapo.

As German journalist Christiane Kohl tells it in The Witness House, it was the job of the charming Countess Ingeborg Kalnoky to keep things civil, and the fact that no one died mysteriously or bloody can possibly be credited to her. She herself was a victim of the war -- as they fled Hungary, she and her children had been separated from her husband and had no idea whether he was alive or dead. In the same way she held the house together through suicide attempts and murderous intentions, she is the glue of Kohl's story as witnesses come and go, the first shocking revelations from the Nuremberg trials are broadcast, and her guests come clean with what they did to survive the war. 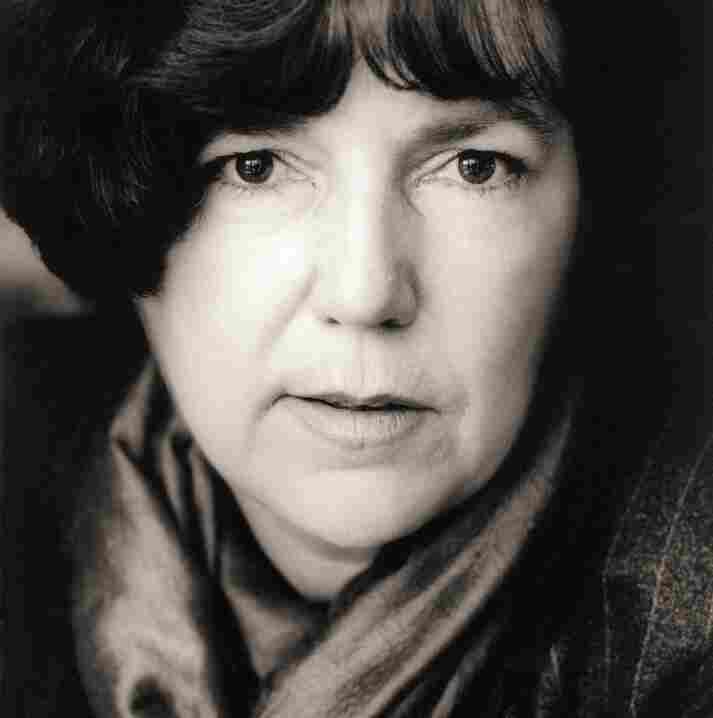 Christiane Kohl has worked as a correspondent at the Cologne Express and an editor for Der Spiegel. She lives in Dresden. Elzbieta Lempp hide caption 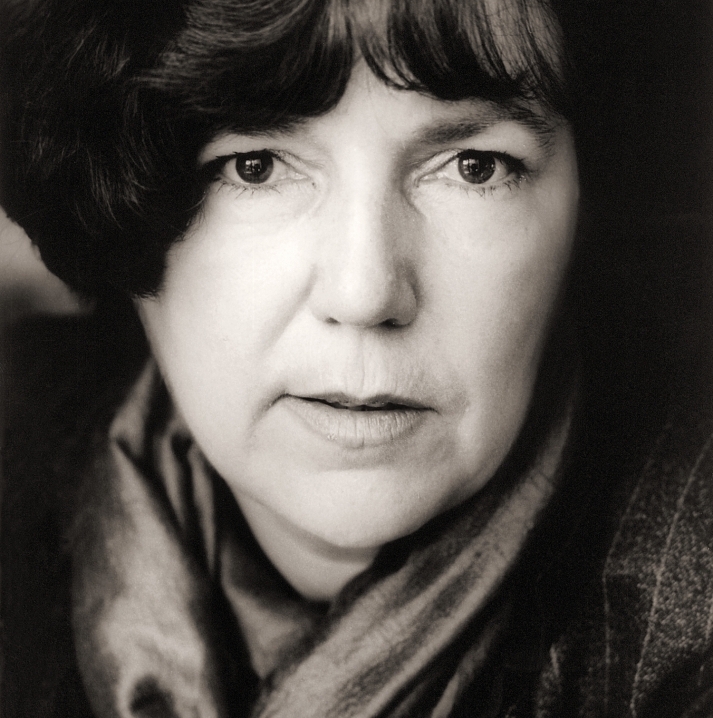 Christiane Kohl has worked as a correspondent at the Cologne Express and an editor for Der Spiegel. She lives in Dresden.

With so much of its action unfolding over dinner and smoking-parlor conversation, The Witness House reads almost like a much more absurd (and nastier) version of an Edith Wharton novel; one that involves macabre accounts of medical experimentation on prisoners. Kohl's journalist touch keeps the whole thing from sinking into melodrama, and she brings a human element to the rather inhuman stories that came out of the trials. Many Germans resisted Nuremberg, wishing to forget the whole unsavory mess and move on, but the airing out of the darkest moments of the war is what helped the nation recover. Figuratively speaking, The Witness House is an important reminder of how, at the end of war, we still have to eat at the same table. Finding a civil way to do so is perhaps the key to healing.

There was a certain aura of gloom about the house, and yet it seemed very much more welcoming than anything Ingeborg Kalnoky had seen during the last few weeks. Its facade had an oddly patchwork appearance. Traveling bag in hand, the young woman was standing outside it on a late August day in 1945, blinking into the morning sun. After all she had gone through, the little villa in the wood was like a safe haven that might at last offer her shelter. Yet at the same time she felt vaguely afraid of the new challenge ahead of her.

Inside the house, Elise Krulle was standing at the window, examining the new arrival with some suspicion. The Countess was blonde, very blonde. Elise's son Gerhard, a bright boy of thirteen, was to remember her very clearly later: "She looked like Jean Harlow," he said. "The beautiful sinner type, you might say." The Krulle family's house, like the neighboring buildings in the street, had been camouflaged from air raids with splotches of brown and green paint. Whether it was thanks to these precautions, or the rather remote situation of those buildings on the outskirts of the city, we cannot know, but here in the suburb of erlenstegen they had remained relatively unscathed by the bombs, although the old Town of Nuremberg itself was reduced to rubble. There was nothing but ruins to be seen on the banks of the river Pegnitz, where half-timbered houses centuries old, adorned with fine carving, had collapsed into dust and ashes like sacks of flour slit open.

On the Krulle property, the only direct hit scored was on the garage. a few tiles had come off the roof of the house in a blast of bombs dropped rather farther away, some window panes had cracked, and bomb fragments had left a burn mark measuring about a square yard on the floor of one room on the second story of the house. all things considered, the damage had been relatively slight. That was good luck for the Krulles, but bad luck too, for the american occupying power immediately commandeered the house at 24 Novalisstrasse.

The Americans had arrived in the middle of April, 1945, beginning with the combat troops. Later an administrative unit moved into the district on the eastern outskirts of Nuremberg. Elise Krulle had been keeping chickens and turkeys all through the war, so there was always enough to eat. But now the Yanks wrung the necks of chicken after chicken, plucked and skinned the fowls, and broiled them. They camped out in the Krulles' conjugal bedroom, and very soon created chaos out of the orderly household arrangements that elise had doggedly kept going all through the war. They threw the picture of Hitler that used to hang in the living room out into the street, and trampled on it. They scattered the family's stamp collection around the rooms and in the corridors. They found the black top hat in which Elise's husband had married her and used it as a target for shooting practice. The first impression that the Krulles gained of their american liberators was ambiguous, to say the least.

And now this blonde beauty was going to move in as well. Elise Krulle welcomed the stranger at the front door with proper civility, but she was not really very pleased to see her. In the last weeks of the war she and her son had lived more or less entirely in the cellar. Now the two of them faced the possible threat of being driven out of their own home. The place was to be fitted out as a guesthouse; elise Krulle, whose husband had been reported missing during the final days of the war, couldn't quite work out who was to be accommodated there, and now Countess Ingeborg Kalnoky was being shown around the top floor by the soldiers. The Countess was uncomfortable with the idea that she was to choose a bedroom of her own here -- even if it was only a small one -- while the owner of the house and her son had to go on living in the cellar.

The young woman was suddenly a prey to all kinds of doubts. Could she cope with the job she had been given? Would any of the women witnesses who were to stay in this house take her seriously? One of the officers who had brought her to Novalisstrasse seemed to notice her diffidence. "Ma'am," he assured her, "everyone will do exactly as you say, even Frau Goring -- after all, you're the only countess around here."

Ingeborg Countess Kalnoky, nee von Breitenbuch, now aged thirty-six, had arrived in Nuremberg only a few days before. But in that short time incident had followed incident in such swift succession that she felt a little dizzy. A short while ago she had been so hungry that she would have given anything for a few dry rolls of bread. Now she had a delicious hot meal from the american army canteen every day. There were clean linen sheets on the beds, and thick woolen blankets. It wasn't so long since Countess Kalnoky had been sleeping on a bare stone floor. In the old days, of course, everything had been different. Then she had lived in a wonderful castle in Transylvania -- Korospatak was its name, a white dream of a building, with roses climbing up the walls.

At the end of the 1930s, however, she, her husband, and their children had had to leave their beautiful home because Transylvania was part of Romania, and the Romanians were allowing fewer and fewer Hungarian citizens to live there. Her husband Hugo Count Kalnoky, who made a living now and then from translating Romanian newspaper articles into Hungarian, was accused of spying, and they had to leave the country within forty-eight hours. after that they stayed in Budapest for some time, but they had to escape that city in haste as well in the spring of 1944, when the Gestapo turned up at the door of their apartment one day. Count Kalnoky was now working as an editor on the foreign desk of a German-language Budapest newspaper. His articles had also been broadcast to Germany on the British BBC radio station, and that had alerted the Nazis to his activities. The Bishop of Gyor, also an aristocrat and a friend, had offered them temporary asylum, but it looked as if the Russians would soon march into Hungary, and in January 1945 the Countess, with her three children and their nursemaid Cuci, set off on their way to the West. The Countess suspected that she might be pregnant again. 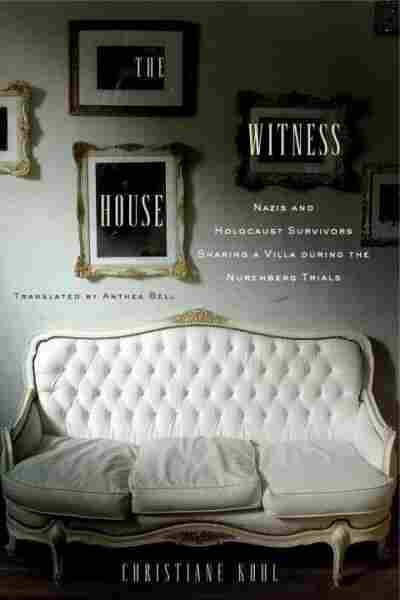 Nazis and Holocaust Survivors Sharing a Villa During the Nuremberg Trials

by Christiane Kohl and Anthea Bell