Accessibility links
Recipe: 'Lamb And Dried Apricot Tagine' From Around My French Table: More Than 300 Recipes from My Home to Yours by Dorie Greenspan. 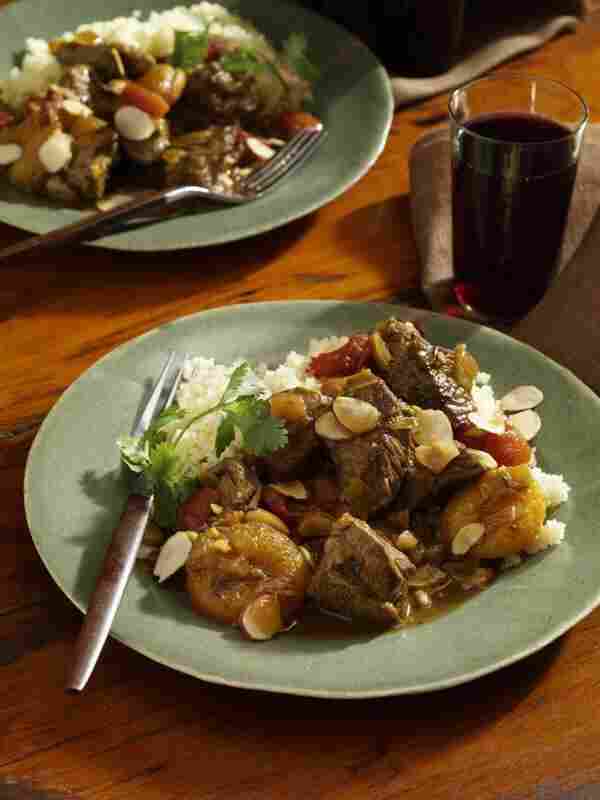 Around My French Table: More Than 300 Recipes from My Home to Yours
By Dorie Greenspan
Hardcover, 544 pages
Houghton Mifflin Harcourt
List price: $40

The first time I made this tagine, I made a mistake: I stayed in the kitchen while it simmered slowly in the oven, and the smell of the spices -- ginger and cumin, cinnamon, dried chilies, coriander and saffron -- drove me nuts. I was so dizzy, to say nothing of hungry, by the time I pulled the pot out of the oven that I might just as well have spent the time spinning in circles.

The recipe comes from Francoise Maloberti, a gifted home cook, to whom, after you've made it, you'll be as grateful as I am. Like many Moroccan tagines, this one is aigre-doux, or sour-sweet, and studded with fruit -- here, plumped dried apricots. Because of the toasted almonds that are cooked in the tagine for the last few minutes, and because of the hot peppers and saffron, the dish is reminiscent of couscous, which is a tagine's first cousin. It's not surprising that the best (and easiest) accompaniment you can offer is a spoonful of plain couscous, a pasta that's got texture, a mild flavor, and, most important, a remarkable capacity for soaking up good sauces.

While Francoise uses peeled, seeded and chopped tomatoes, I often use canned diced, which put the tagine in the realm of easily doable in winter.

Couscous or rice, for serving (optional)

While you could serve the tagine solo, it would be a shame not to offer something to go with the wonderful sauce. I serve either couscous (cooked without spices in chicken broth or water) or white rice.

Like most braised dishes, this is a good keeper. You can make it a day or two ahead and, when it’s cool, cover it well and keep it in the refrigerator. If you make the dish ahead, refrain from adding the toasted almonds until you reheat the tagine for serving, and hold off on the last dusting of cilantro until ready to serve.

Center a rack in the oven and preheat the oven to 325 degrees F.

If you're using the bouillon cubes, drop them into a medium bowl and pour over the boiling water; stir to dissolve. If you're using chicken broth, bring it to a boil, then pour it into a bowl. Add the apricots to the bowl and let them soak and plump while you prepare the rest of the tagine.

Put the base of a tagine, a high-sided heavy skillet, or a Dutch oven over medium-high heat and pour in 3 tablespoons of the oil. Pat the pieces of lamb dry between paper towels, then drop them into the hot oil (don't crowd the pan -- work in batches if necessary) and brown on all sides, about 4 minutes.

With a slotted spoon, lift the meat out of the pan and onto a plate. Season the lamb with salt and pepper. Pour out the fat in the pan, leaving whatever bits may have stuck.

Return the pan to the stove, reduce the heat to low, and add 2 more tablespoons olive oil. When the oil is warm, stir in the onions and garlic and cook, stirring, for about 5 minutes, just to get them started on the road to softening. Add the tomatoes, season with salt and pepper, and cook, stirring often, for 10 minutes, adding a little more oil if needed.

Drain the apricots and add the chicken bouillon/broth to the pan, along with the chili(es), coriander, saffron -- crush it between your fingers as you sprinkle it in -- ginger, cumin, cinnamon and 2 tablespoons of the cilantro. Stir to mix and dissolve the spices, then season with salt and pepper. Spoon the meat and any juices on the plate over the vegetables and top with the apricots. Seal the pan with aluminum foil, clap on the lid, and slide it into the oven.

If you cooked the braise in a tagine, sprinkle the remaining 2 tablespoons cilantro over the meat, bring the tagine to the table, and serve directly from the pan. If you used a skillet or Dutch oven, transfer the tagine to a warm large serving platter and dust with the cilantro. Serve with couscous or rice, if you like. 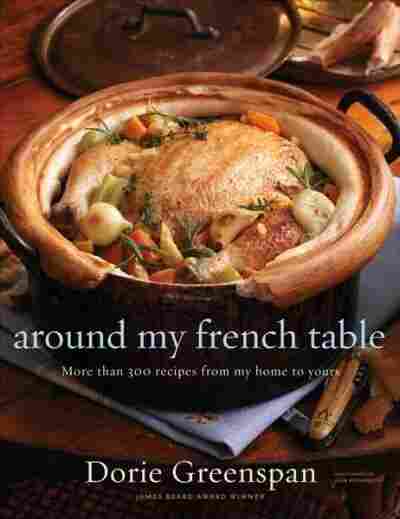 Around My French Table

More Than 300 Recipes from My Home to Yours

by Dorie Greenspan and Alan Richardson