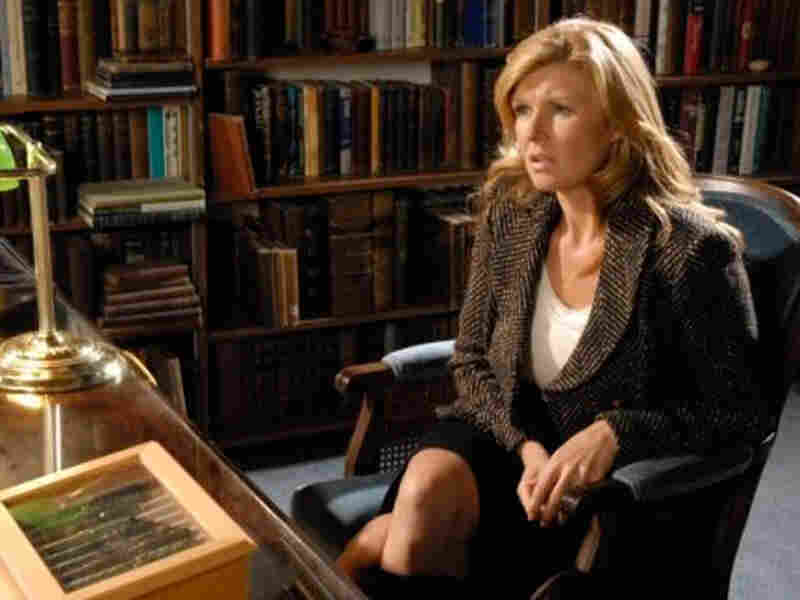 Connie Britton plays Tami Taylor, principal at Dillon High and the wife of the school's football coach. Britton has a degree in Asian studies from Dartmouth College. NBC hide caption 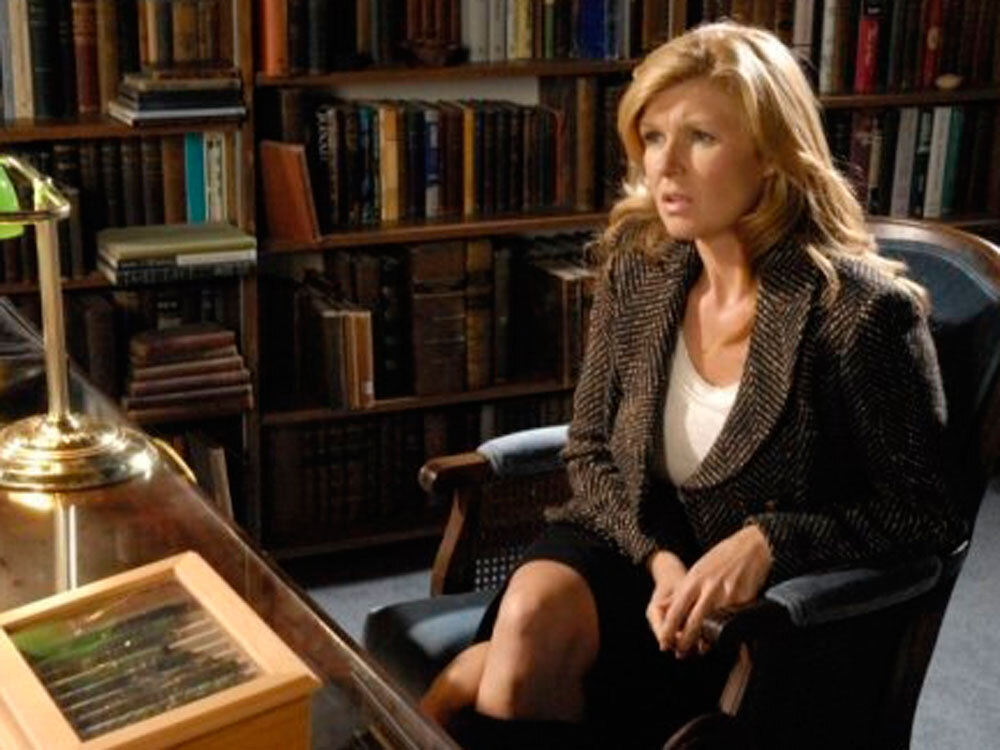 Connie Britton plays Tami Taylor, principal at Dillon High and the wife of the school's football coach. Britton has a degree in Asian studies from Dartmouth College.

On the critically adored NBC drama Friday Night Lights, Connie Britton plays Tami Taylor, the principal at Dillon High and the wife of the school's football coach, Eric Taylor (Kyle Chandler). Over the past four seasons, her character has been a consistent source of support for the coach — even in the midst of professional and family dramas.

The TV series, based on Buzz Bissinger's nonfiction book about a Texas high school team, follows a 2004 movie, starring Billy Bob Thornton as the high school coach. Britton, who's been a Friday Night Lights constant, made her movie debut in 1994's The Brothers McMullen. Her early TV roles included starring opposite Michael J. Fox in the sitcom Spin City and playing small recurring roles on The West Wing and 24. She spoke with Fresh Air contributor David Bianculli.

On the marriage between her character, Tami Taylor, and Kyle Chandler's

"It's been an exploration for both of us, and I've certainly learned a lot from Kyle because he has been married for a long time. I think he brought a lot of that to this relationship: We really agreed about the values of the marriage and about what we were trying to create. We both agreed that we did not want this to be a marriage where we ultimately were addressing infidelity or whatever. We wanted that taken off the plate, and we've always talked about that with the writers too.

On how Friday Night Lights is filmed

"It's so much fun. ... They were tough broads. My mother would march herself up to our school and have it out if she thought we were screwing up in some class or something. I mean, she was like a mother bear. These were not women who were just going to sit back and say, 'Yes, sir. No, sir.' But they were sweet because they knew that's what they had to do to get their point across in that sort of environment.

"... There is a real strong sense of how women are expected to behave and come across, and all of those things are very traditional in that world. But it's also a world where people are being encouraged to have their own careers and take charge and be strong. But it's about what methods they've chosen to do that. So it's really fun to explore that."