Accessibility links
A Guide To Potter-isms: Wizardspeak In Translation Ben Zimmer of the interactive dictionary Visual Thesaurus explains some of the vocabulary that you might have missed if you're not a Harry Potter reader, and gives a refresher as we head into the final film's first full weekend. 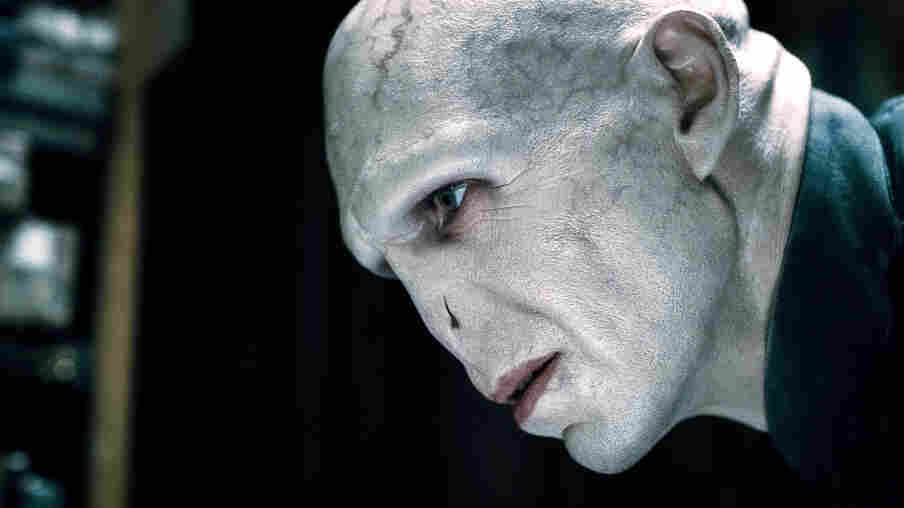 If you don't know who this fellow is (that's Ralph Fiennes playing him), you can find out in the Harry Potter vocabulary below. He's the really (really) bad guy. Warner Bros Pictures hide caption 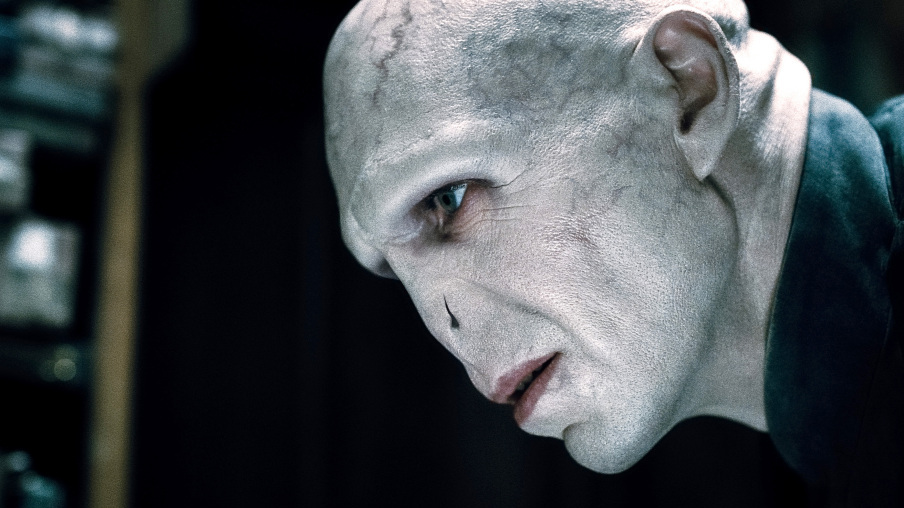 If you don't know who this fellow is (that's Ralph Fiennes playing him), you can find out in the Harry Potter vocabulary below. He's the really (really) bad guy.

Ben Zimmer runs the web site Visual Thesaurus, which maps words and their relationships to each other. On Friday's Morning Edition, he talks with host Mary Louise Kelly about the special vocabulary that's arisen from Harry Potter books and films — the last of which, Harry Potter And The Deathly Hallows Part 2, opens this weekend. He compiled this quick guide to Potterisms.

1. Muggles and other blood types

Muggle is the Potterism that has crossed over the most into everyday usage (it even has an entry in the Oxford English Dictionary). From the original meaning, "a person who possesses no magical powers," it's been extended to mean "a person who lacks particular skills" — for instance, used by computer hackers to describe non-hackers. You can also call someone who doesn't understand you or annoys you a muggle.

Lord Voldemort: The name of Harry Potter's archenemy can be used to refer to someone supremely diabolical. Since the wizards are afraid of summoning him, he is also known as He Who Must Not Be Named, which comes in handy in everyday life as well to refer to someone who should be kept out of the conversation. (I know a woman who refers to her ex-husband as He Who Must Not Be Named, and her sisters sometimes just call him Voldemort.)

Other character names can be extended to real-life people who share certain key characteristics with their Potter equivalents. So a Dumbledore is a wise and courageous mentor, a Snape is a cruel teacher, a Hermione is a bright young overachiever, and a Draco is an evil bully.

3. Spells and other magic

On Harry Potter message boards, fans admit that they sometimes try out the incantations from the Harry Potter books in the hopes that they'll work in real life. For instance, Accio! (ACK-ee-oh) is the "summoning charm," which could be said if you're too lazy to reach for something. Expecto Patronum! is the spell that conjures your soul's protector (Patronus), an incarnation of your positive feelings that wards off dementors (see below). These Latin imperatives are best said in a crisp British accent.

Apparition is a form of teleportation: a magical person can disapparate (disappear) from one place and apparate (reappear) elsewhere. Harry Potter fans often wish they could apparate in real life, though they would need to avoid splinching (becoming physically split between a former location and a new one).

Other magical terms include horcrux (an item of dark magic that holds a piece of soul, used to attain immortality). There are also many magical creatures, like thestrals (winged horses that appear to those who have witnessed death), boggarts (shape-shifters that take on the form of the victim's worst fear), and dementors (soul-sucking fiends). A Harry Potter fan might feel beset by such creatures (metaphorically speaking!).

Phrases from the books and movies seep into the conversation of Harry Potter fans. They might say "Merlin's beard!" or "Gulping gargoyles!" when surprised. "Send me an owl" is a request for communication, since owls deliver messages in the Potter universe, such as invitations to attend Hogwarts, the magic school. If you're anticipating an invitation, you could be "waiting for your Hogwarts letter." When being mischievous, two useful phrases are "I solemnly swear I am up to no good" (an incantation used to make a blank parchment turn into the "Marauder's map") and "mischief managed" (said when finished using the Marauder's map). The point system used to reward and punish the Hogwarts Houses also comes in handy, as in "10 points to Gryffindor!" (or "from Gryffindor" for a punishment).

5. Artifacts of the Potter universe

More committed fans may try to bring the Potter universe into real life by importing certain artifacts. They might hold Quidditch matches (one was held last year in Central Park). Or they might exchange recipes for Butterbeer (a popular wizarding beverage).

American fans might find themselves repeating the British words and expressions found in the Harry Potter books and movies (though the terms aren't specific to Rowling's work). Some words that are particularly appealing are derogatory epithets (prat, git, dunderhead) and rude interjections (sod off, bloody hell, blimey). Another Britishism from the series is ickle, a baby-talk form of 'little."