Accessibility links
Multiracial Teens Launch A 'Latte Rebellion' "You're half Chinese and half European, I'm half Indian, a quarter Mexican and a quarter Irish. We're mixed up. We're not really one or the other ethnically. We're like human lattes." So explains Asha, the main character in Sarah Jamila Stevenson's debut novel, The Latte Rebellion. 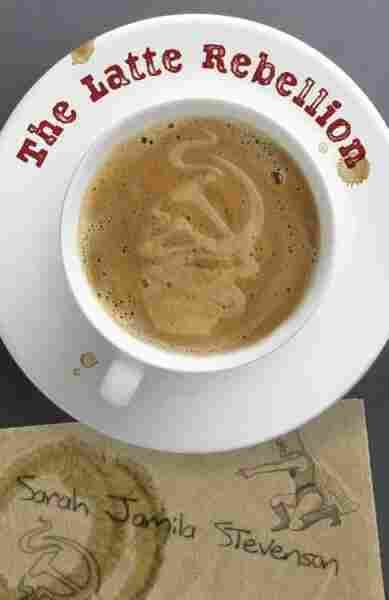 "You're half Chinese and half European, I'm half Indian, a quarter Mexican and a quarter Irish. We're mixed up. We're not really one or the other ethnically. We're like human lattes."

To raise money for a class trip she and her friends began as selling a few T-shirts and labeled the effort the Latte Rebellion. But the movement soon became something much larger than they could have anticipated.

Seen through the eyes of adolescents, Asha and her friends tackle the complexities of identifying as multiracial during adolescence, when identifying as anything seems like a challenge.

"At the time I was writing it ... there were still some news stories about South Asians who were getting harassed and insulted, and even assaulted," Stevenson said in an interview with Tell Me More host Michel Martin. "And because I'm part South Asian myself, it really hit close to home. It had me worried about my relatives who live in the United States. So I felt pretty strongly about working that into my book somewhere."

Stevenson's writing is informed by her own coming-of-age experiences. The various dimensions of growing up in a multiracial household played into the characters' way of navigating an identity that included all parts of them.

"I feel pretty lucky that I grew up in a really diverse community in Southern California. As far as my own home life, I did feel a little bit of pressure from my dad's side of the family to identify pretty strongly with the Pakistani side because he wanted me to be sure that I knew what it meant to be part of his culture," she says. 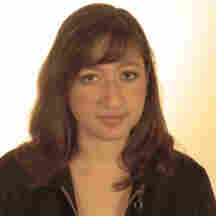 Though the young adult genre often gets dismissed as simply summer reading for teens, Stevenson approaches these delicate race matters in a sophisticated way that still manages to be light and even humorous.

Addressing the difficult matters of racism and who decides how a multiracial person is important to her.

"It's not simply because I'm writing for young adults that I felt like I had to lighten the topic. In fact, I think a lot of people think of young-adult literature as either you have the books with vampires, and then you have the books with drama. I didn't want to do either of those things," says Stevenson. "And I really did want to write a book that had some humor in it and dealt with some interesting and important and weighty issues, but reminded us that that's really not always, or even really ever, the whole story." 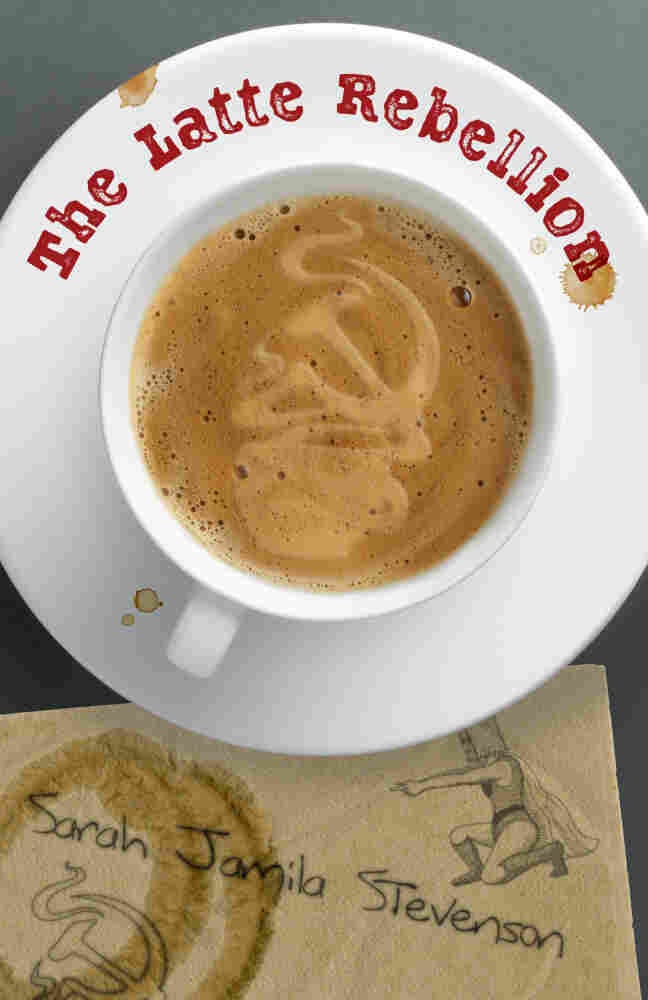 The jeering male voice came from somewhere behind me, waking me up from a heatstroke-induced doze.

I'm a WHAT? My neck got even warmer, and not just because it was sweltering at Ashmont Community Park.

Whoever it was, was he kidding me? Nobody used that phrase anymore unless they were hopelessly ignorant about headwear, or still carrying around a post-9/11 grudge. I knew I really should be offended.

Mostly, though, I couldn't believe what I was hearing. Even if I did have a towel on my head.

From the gasps and nervous whispers around me, I wasn't the only one in shock. I lifted a corner of terrycloth off my sweaty face — I was tanning my legs — just in time to see a furious Carey dump her cup of iced coffee all over Roger Yee's smirking face. Light-brown latte dripped in rivulets from his now lank and soaking black hair, down his pretentious A&F T-shirt, and onto his swim trunks. The smirk dripped away with it.

One of Roger's lackeys from the Asian American Club, looking up from a nearby umbrella table, saw Roger's sorry, bedraggled self and snorted cola out of his nose, starting a ripple of laughter that drifted around the pool area and then died as people noticed the confrontation.

Roger had probably just been trying to make a stupid joke, but I didn't like his tone. It rubbed me the wrong way. And, knowing him, he'd probably said something obscene to Carey while I was snoozing away obliviously.

Now, he stood stock-still and dripping as Carey hissed, "Don't you ever use that word, buttmunch. I don't call you Fu Manchu."

"Well, you're half-Chinese," he retorted. "Anyway, I wasn't talking to you, Wong. I was talking to Miss Barely Asian over there." He used a corner of his shirt to wipe the coffee off his face and neck.

I sat up with a martyred sigh. I didn't want to be part of this conversation, but I was involved whether I liked it or not. "Look, Yee, last I checked, South Asia was definitely part of Asia. It's in the name. South Asia." I pointed to my head. "And it's not a towel. Learn some useful vocabulary words, like turban. Which nobody in my family wears, incidentally."

"Whatever," Roger said, waving a hand at me dismissively. "You're only a quarter or a half or something, anyway. And you had a towel on your head, okay?"

"What does it matter? It's still racist. And it's not like Asha insulted you," Carey pointed out. "What's your problem?"

They locked eyes for a moment, glaring at each other. Roger Yee had been our nemesis ever since he'd perpetrated the Backpack-Snatching-and-Dumping Incident of '06, which we followed rather unwisely with the Toilet Paper Revenge Caper of '07. He wasn't my favorite person, but racial epithets were stooping a bit low even for him. I mean, this was Northern California. We were supposed to be past all that.

A handful of other seniors started to drift over from around the patio like melodrama-sniffing dogs, eager for a scene. And Roger was no stranger to a good argument. He'd verbally clobbered three hapless rivals to become our student-body secretary, which made him responsible for this stupid Inter-Club Council pool party in the first place. But if it came down to it, my money was on Carey. She had that look in her eye, the ice-cold, do-not-screw-around-with-me look that she only got when she was really angry — or about to nail someone on the opposing soccer team with her cleats.

After a minute, Roger dropped his gaze and stalked off. As he brushed past Carey's lounge chair, I heard him mutter, "It was just a joke, you snooty bitch."

I bolted to my feet, the controversy-inspiring towel falling to the ground, innocuous and stripey. "You do not talk to my friends like that," I shouted after him, but it was too late. He was gone, slamming the iron gate to the pool area with a loud clang as he left, leaving Carey glowering and redder than I'd ever seen her, and me torn between wanting to scream and wishing I'd decided to stay home.

And that's how it all started.

Unfortunately, that's not how it ended. Not by a long shot.

"Ladies and gentlemen." The disciplinary hearing officer cleared his throat wetly, the sound reverberating into the microphone and around the room. I didn't want to look at him, with his graying comb-over and his accusatory unibrow, so I looked down at my lap, shifting in the hard wooden chair. The murmur of voices temporarily rose, then fell. I heard a few clicks of the camera shutter from the newspaper reporter in the back row.

I'd been the one to request an open hearing — I had a right to, according to California Education Code — but I still couldn't believe how many people showed up. The room, which normally seated about fifty people, was full. Standing room only.

"Ladies and gentlemen," the presiding officer continued stiffly, "representatives of the Ashmont Board of Education, and" — I could feel him glaring in my direction — "members of the public, this open disciplinary hearing to consider the expulsion of Ms. Asha Jamison from University Park High School is now in session."