Accessibility links
Marian McPartland's Hickory House Trio On Piano Jazz In the 1950s, New York's Hickory House was known for its sizzling steaks and a swinging jazz trio led by a young female pianist with a British accent and a God-given touch. McPartland, along with bassist Joe Morello and drummer Bill Crow, held court at the Hickory House for more than a decade. 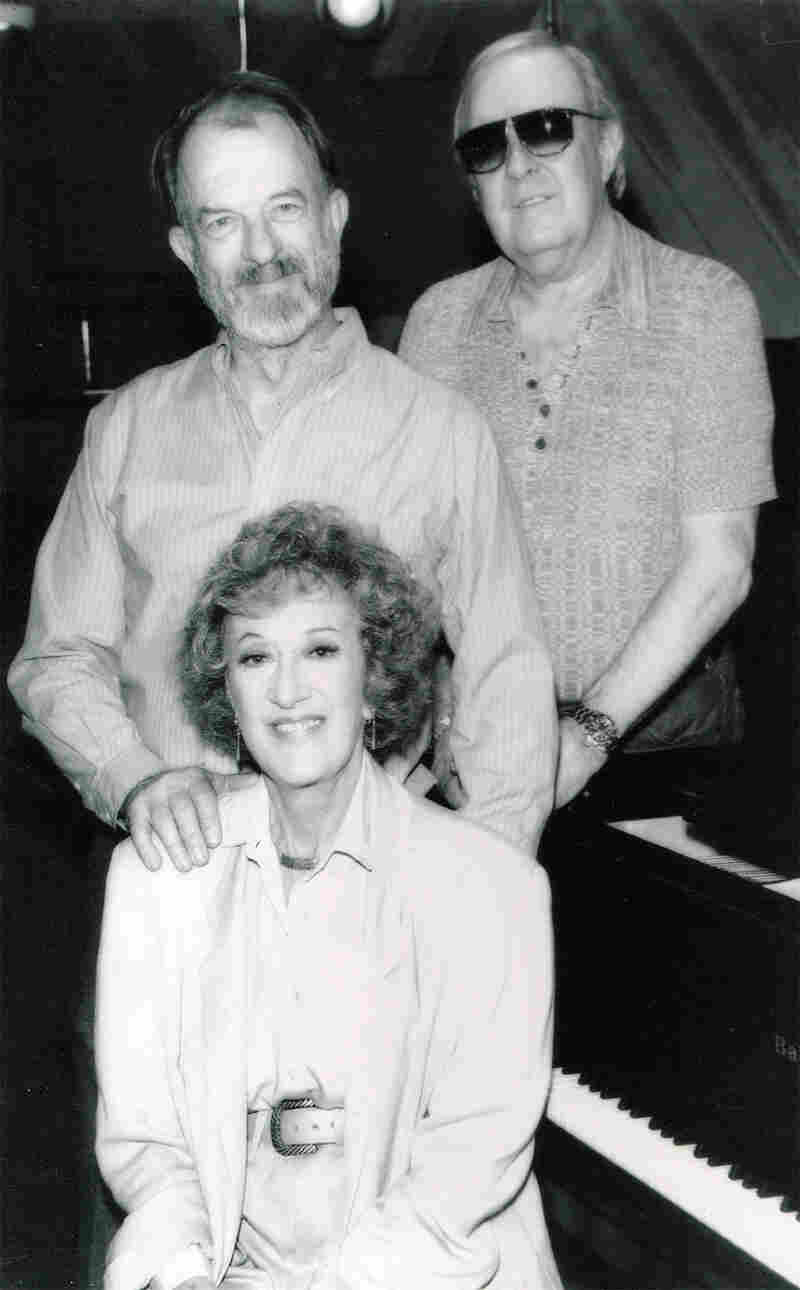 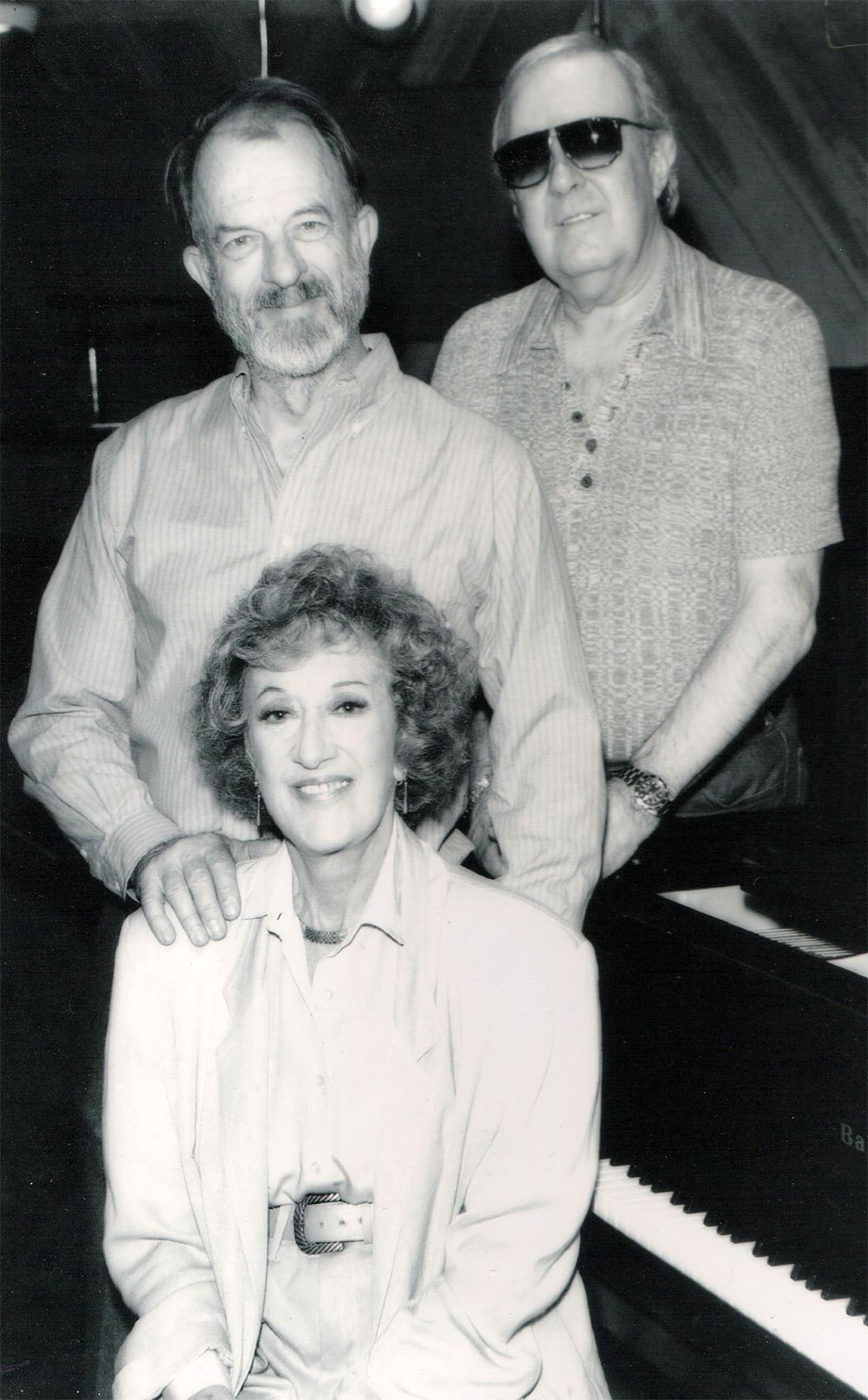 "Everything but You" (Ellington)

"Things Ain't What They Used to Be" (M. Ellington, Persons)

With this episode of Piano Jazz, we remember drummer Joe Morello in a special reunion session with the Hickory House Trio recorded in 1990. He died on March 12, 2011, but during the 1950s, Marian McPartland, Morello, and bassist Bill Crow performed together at the Hickory House, one of the last jazz clubs on 52nd Street in Manhattan. In this session, guest host Crow shares music and memories from his days playing bass in the trio. And, 50-plus years on, McPartland still vividly recalls the trio's days.

"We had such a wonderful time working there, and we were always having a laugh," McPartland says. "The head waiter Julius had a very stiff way of walking and Joe would mock him using his drumsticks. When we were playing, Joe would sometimes take this unusual solo break, and I could never come back in on time. I called that 'The Chicken.' It was nice to get back together again for a reunion."

McPartland's trio enjoyed a 12-year run on the stage of the Hickory House. After leaving the trio, Bill Crow went on to work with Gerry Mulligan. Joe Morello was courted by both Benny Goodman and Tommy Dorsey, but ultimately went on to work with a small group taking a new direction in jazz led by Dave Brubeck. Morello's skills were put on prominent display on tunes such as "Unsquare Dance," "Blue Rondo Ala Turk," and the national hit "Take Five."

Marian McPartland continued her career as a club pianist at venues including The Embers, The Carlyle, and others. She also enjoyed an extensive recording and composing career before she became known to public radio listeners as the beloved host of Piano Jazz.

The session kicks off with drummer Joe Morello's rousing introduction to the Duke Ellington tune "I'm Beginning to See the Light," with McPartland and Crow joining in for the swinging opener. The band continues with another Ellington tune, "Love You Madly," as its instruments fall into conversation with one another just as easily as the players do.

In Walked Monk And Duke

When McPartland and company were playing the Hickory House, there were still quite a few jazz clubs in the neighborhood. Many other jazz musicians, including Ellington, Billy Strayhorn, Oscar Pettiford, and Thelonious Monk, would stop by the club for a meal and to watch the band. Some would even sit in with the trio, and after much coaxing, Ellington joined them on the bandstand.

"Duke came in almost every night," McPartland says. "He shared a publicist with the Hickory House, and he always invited me over to his table. Billy Strayhorn was there, too, but he always sat alone at the bar. But Duke did sit in with us. He would come up any time I asked him."

McPartland also remembers an encounter with the enigmatic Thelonious Monk.

"I saw him on the street and asked if he would come and watch me play some of his tunes. Rather brash, I know," McPartland says. "He did come by. And he sat talking with a friend through the whole show. He left without ever speaking to me, and at the end of the evening, I discovered he had left me with the bill! Joe and Bill thought that was hilarious."

The band continues the session, swinging breezily in "I Hear Music," as McPartland and Morello exchange breaks. At the Hickory House, Morello was discovered by the New York jazz cognoscenti, who compared him to premier drummers Buddy Rich, Gene Krupa, and Louis Bellson. These comparisons made Morello uneasy, and as a distraction, he invented a fictitious drummer who he claimed could outplay them all.

"I was on a plane with Dave Brubeck and Charlie Bourgeois," Morello says. "I told them the story about Marvin Bonessa. I said he was hiding out in the Midwest somewhere, and Charlie actually wanted to go find him."

In addition to big, swinging numbers a la Ellington, the Hickory House Trio also played softer, more reflective tunes, the kind that an audience might have heard during late-evening sets at the club. In this reunion session, the trio plays a few of those tunes: the lighthearted "Emily," written by Johnny Mandel and Johnny Mercer for the 1964 film The Americanization of Emily, Rodgers and Hart's "Falling in Love With Love," and "Skylark," with music by Hoagy Carmichael and a lyric written by Johnny Mercer that was inspired by his affair with Judy Garland.

"I loved playing the softer, quiet tunes," McPartland says. "Even if it was a noisy room, I would say, 'Can't you please shut up?' And Joe did such beautiful brushwork [on drums]. He was at his best on those soft and quiet tunes, and he won best small group drummer of the year at that time."

The trio closes this reunion session with a blues tune that was also the closer on many of the Hickory House dates, a tune written by Mercer Ellington (Duke's son) and played by the Ellington orchestra: "Things Ain't What They Used to Be." The tune is a laid-back affair, reminiscent of a rhythm-section outtake from Miles Davis' legendary Prestige sessions: Crow plays a walking bass line, with Morello keeping straight time and McPartland injecting percussive chords and a solo bordering on Red Garland territory. It's a real hard bop snapshot from the 1950s to close this episode of Piano Jazz.