Accessibility links
The Gerald Wilson Orchestra: A Living 'Legacy' Now in his 90s, Wilson has played with and composed for many of the biggest names in jazz. For his latest album, he enlisted the help of his son and grandson, both composers and musicians themselves. 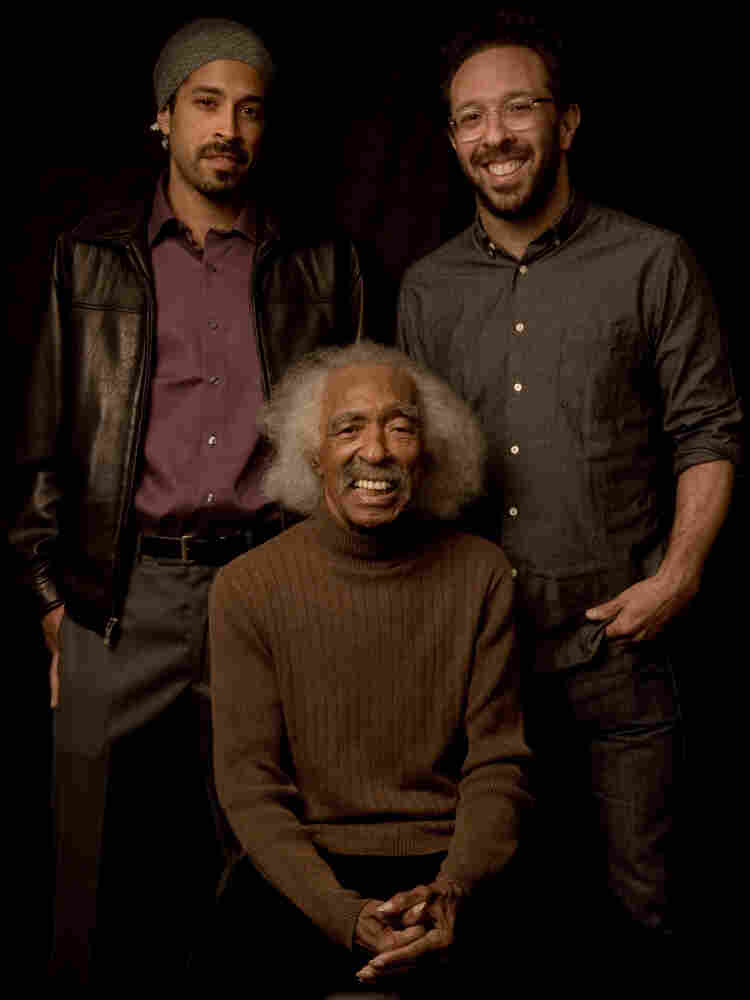 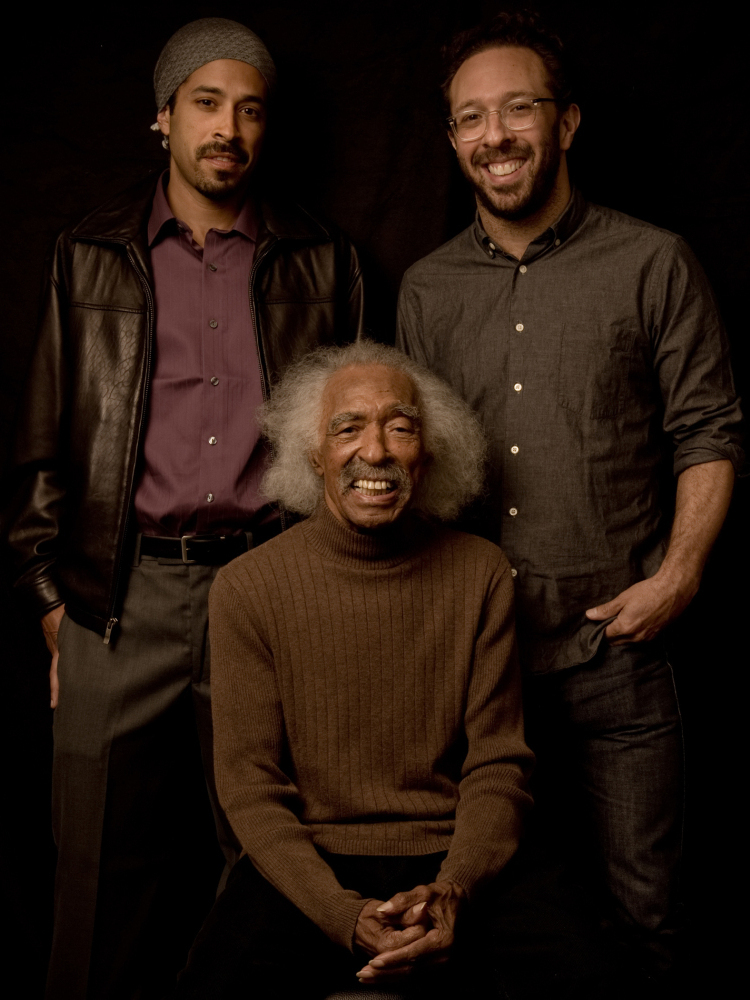 At the age of almost 93, Gerald Wilson keeps adding to his own legacy. In fact, the latest album from his ensemble, The Gerald Wilson Orchestra, is called Legacy, and it features the composer, trumpeter and bandleader's takes on Stravinsky, Debussy and Chicago — his adopted hometown.

Wilson is a giant of jazz who has written for and played with the orchestras of Duke Ellington, Count Basie, Benny Carter and many more. On this album, he's joined by his son, Anthony Wilson, and grandson, Eric Otis, who are also composers and musicians. Otis tells Weekend Edition Saturday host Scott Simon that he feels a responsibility to communicate the importance of his grandfather's work.

Night At The El Grotto

Otis and Gerald Wilson first began working together when the latter's eyesight started failing and he needed help transcribing his compositions. Wilson says the partnership gave way to an artistic give-and-take between the two.

"I tell him every mark that he puts on that paper," Wilson says. "By working with me, I think he can see that I use some things that everybody doesn't use. And he's welcome to use them."

One of those things is eight-part harmony, a trick Wilson pioneered and has passed on to his son and grandson. Otis says he'll continue to pay the favor forward.

"That's what I got out of this experience — that writers like me and Anthony can step forward and carry on some of these things that my grandfather is famous for and that he innovated," Otis says. "When there isn't a Gerald Wilson, there will have to be something remembered. So for me, that's my job: to keep it fresh in the minds of people."