Accessibility links
World Cup Gives Girls A Goal Young female soccer players haven't had a star to look up to in a while. The U.S. Women's National Team, which plays Japan in the World Cup final on Sunday, has plenty of role models; the girls just have to learn some new names. 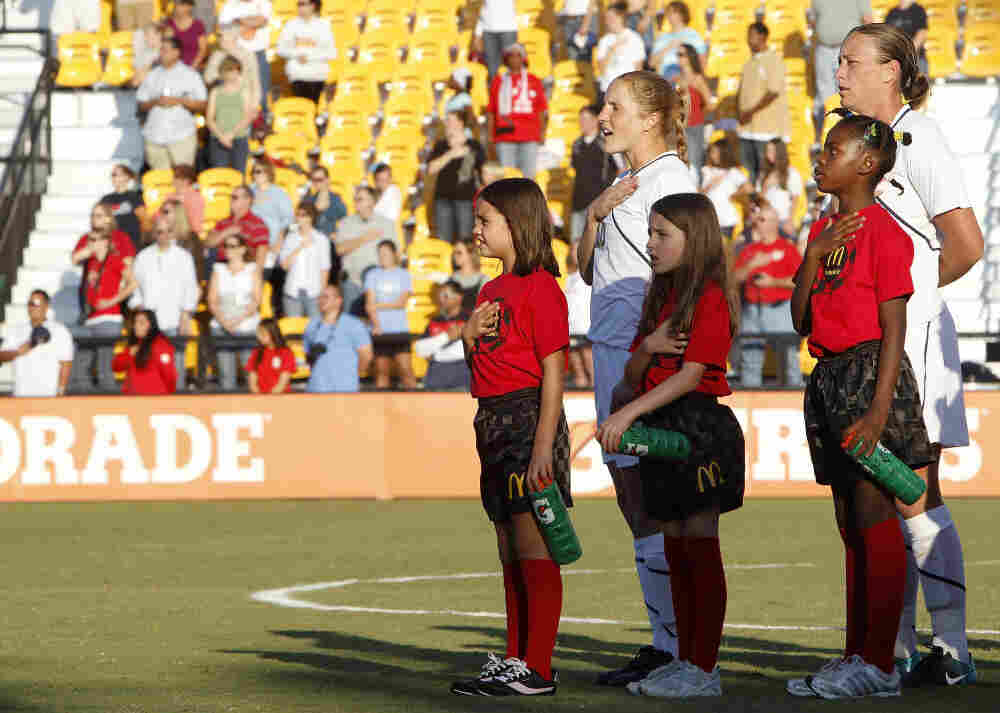 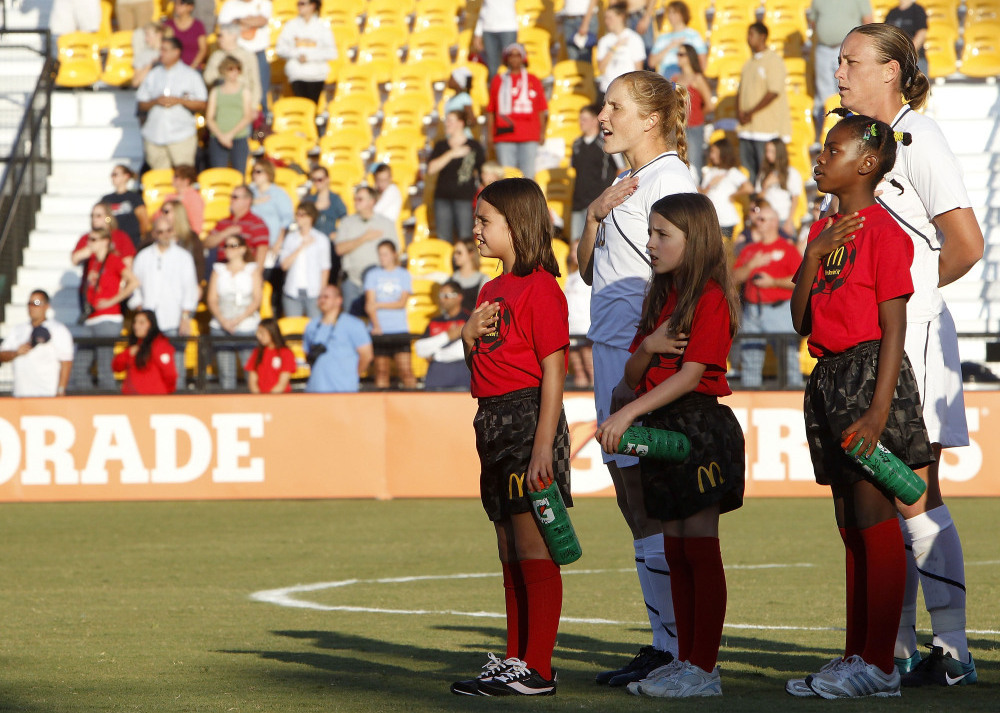 Young female soccer players in the U.S. are ready for some new idols, like defender Rachel Buehler and forward Abby Wambach of the U.S. Women's National Soccer Team.

A group of 11-year-old girls at a park in West Los Angeles gives one answer when asked who their female soccer player is: Mia Hamm.

Granted Hamm is one of the game's greatest players, but the U.S. women's star forward retired back when these girls were toddlers.

Gia Polizzi, Sydney Collyns and JoJo Levey have never seen Hamm play. They only know of her from YouTube, which incidentally didn't exist when Hamm was playing.

So they're ready for some new idols. The current U.S. Women's National Team has plenty; the girls just have to learn some new names.

Having an idol is key for an athlete to succeed in a sport, says Mike Woitalla, executive editor of Soccer America magazine and the coach of his daughter's youth soccer team. "The girls in this country who play soccer are overdue for someone to watch and to emulate and to idolize, in the good sense of the word," he says, "and this could happen at this World Cup."

Excitement is running high for the women's team, which plays Japan in the final Sunday. This is the first time the U.S. has made it to the finals since its famous victory over China in 1999.

ESPN had one of its highest TV ratings for Wednesday's semifinal against France. Venues all over the country are readying for record crowds — from the Civic Center in San Francisco to the bar that forward Abby Wambach's brother owns in Pittsford, N.Y.

Youth soccer leagues are also gearing up for a spike in registration, like what they saw after the women's World Cup win 12 years ago.

At a West L.A. soccer camp, it's not just the girls who are excited.

"I've watched every one of their games," says 9-year-old Liam Carpenter-Shulman. "I'm pretty intense about it, because I don't usually see the U.S. men's team do very well."

He says there's no doubt who will win Sunday: the U.S.

Solo said as much the other day, but she was far more modest. She gave credit for the team's success to her coach, Pia Sundhage, who she says lets everyone enjoy the game, like when they were kids.

The young soccer fans in West L.A. hope the U.S. Women's National Team does just that --- and wins big Sunday.