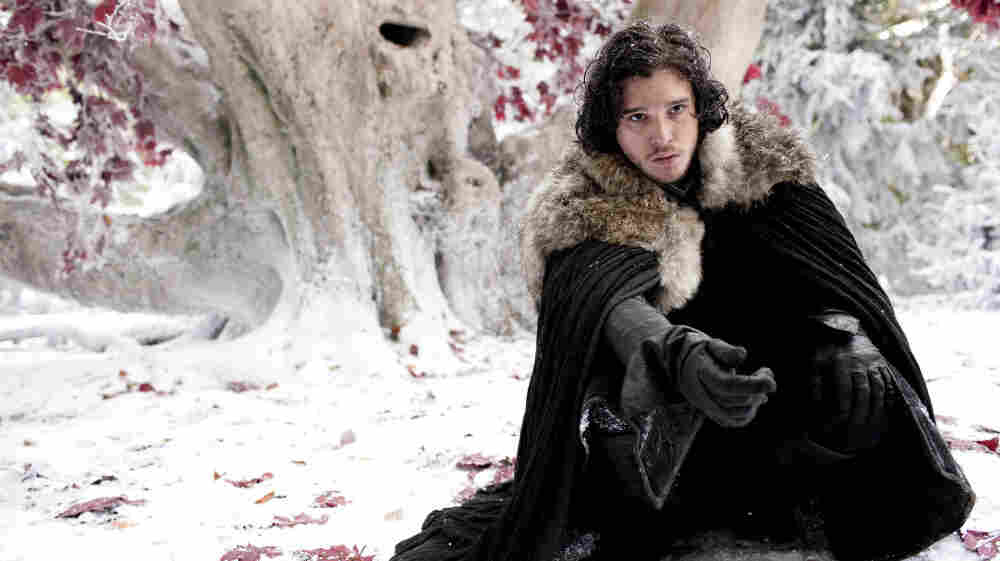 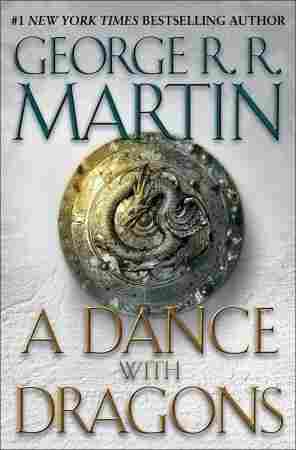 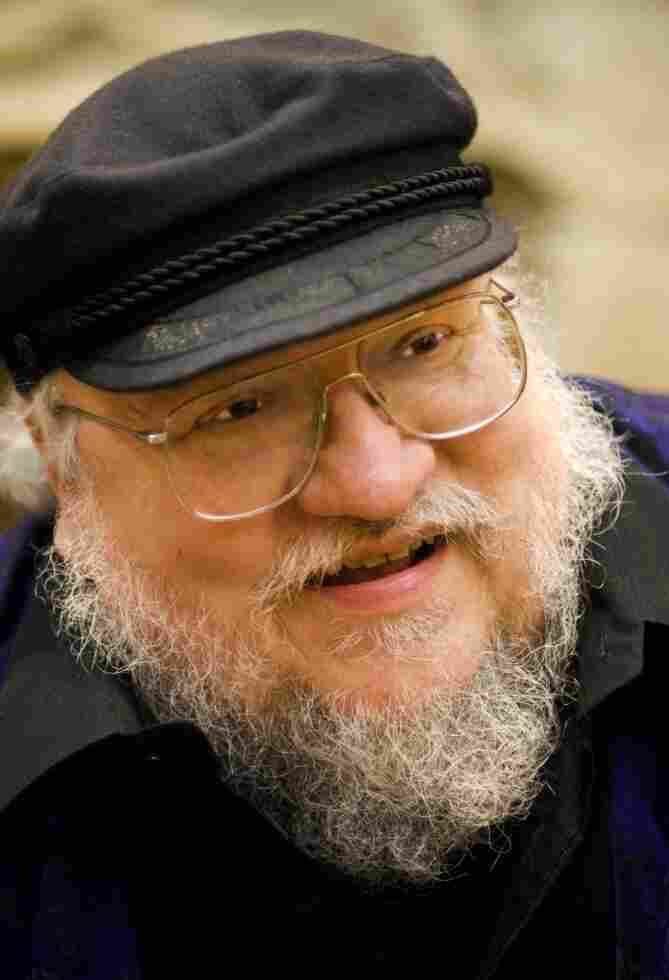 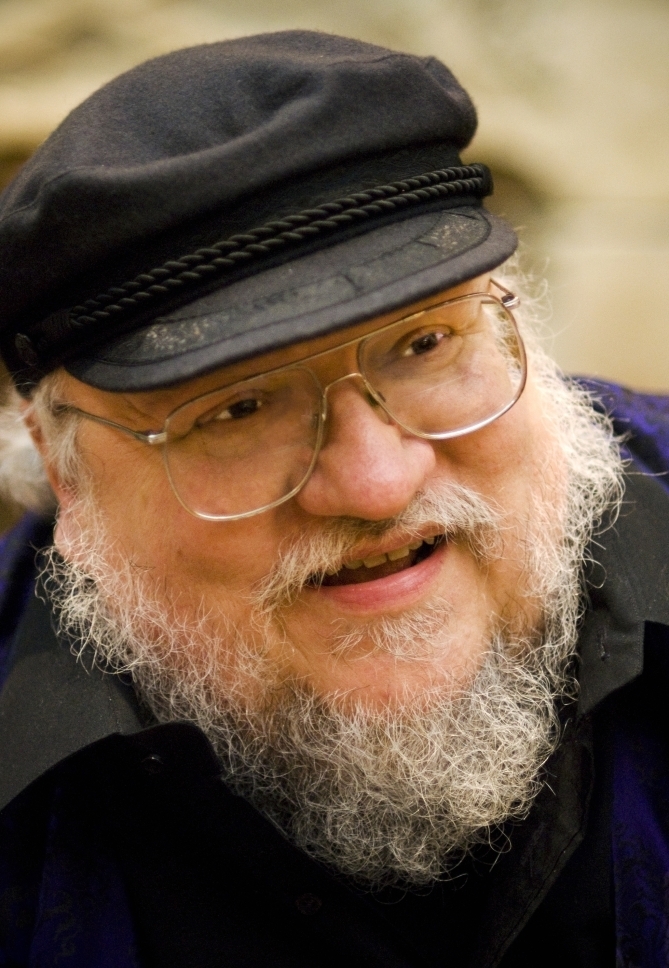 George R.R. Martin was named one of Time magazine's "100 Most Influential People of 2011."

More On 'A Song Of Ice And Fire' From NPR:

George R. R. Martin is best known as the man behind the epic fantasy series A Song of Ice and Fire. The latest volume, A Dance With Dragons, is now in bookstores after an epic six-year wait. An HBO series based on the first book, A Game of Thrones, just wrapped up its Emmy-nominated first season.

But in the 1980s, Martin was a television writer, churning out scripts for shows like Beauty and the Beast.

"Whenever I would turn in a script, the producers would say, 'George, this is wonderful but it would cost five times our production budget to produce it,'" he tells weekends on All Things Considered host Guy Raz.

So Martin turned to the one medium that could support his outsized imagination: fiction.

"One of the great things about books is, you can afford to do anything," he says. But, he adds, even the fanciest fantasy must have some grounding in reality. Martin found his inspiration for A Game of Thrones during a visit to Hadrian's Wall, in northern England.

"But, of course, fantasy being bigger and more colorful" than real life, Martin says, "I couldn't have a wall that was 10 feet tall like Hadrian's Wall. So I had a 700-foot-tall wall, and I made it out of ice, and I gave it this storied history. And then, of course, I wanted something to emerge from those hills and trees to the north that was a good bit scarier than Scotland, so I came up with that, too.

"So you start with the kernel of reality, and then you extrapolate and you build from there."

Martin has often been called the American Tolkien, but he says readers who pick up his books looking for gallant tales of hobbits and orcs may be disappointed. There's no absolute good or evil in his work, just people motivated by human desires — people who often meet messy ends.

"If you're going to write about war, which my books are about, wars are nasty things," Martin says. "I think it's sort of a cheap easy way out to write a war story in which no one ultimately dies."

Martin adds that he wants his readers to experience the story emotionally, not just read it.

"I'm playing for keeps here, and no one is safe in these books. If the characters get in trouble, it might very well be fatal trouble," he says. "The cavalry isn't necessarily going to come riding to the rescue."

That edge of uncertainty and danger is one thing that inspires Martin's fans, some of whom know the books better than Martin himself.

Elio Garcia and Linda Antonsson live in Sweden and run the westeros.org website — Westeros is the continent where much of the action takes place — and Martin says he often turns to them when he can't remember, for example, what color a character's eyes are.

"Elio will write me back right away, 'Yes, his eyes are blue-gray, and you say that in the second book on page 314.'"

Such an obsessive fan base can have a downside. Many fans grew angry and alienated during the six-year wait between the last book in 2005 and A Dance With Dragons. But Martin says that if readers want his best work, they'll just have to wait. "I'm going to take as long as it takes to write these books, to make them good."

Excerpt: 'A Dance With Dragons' 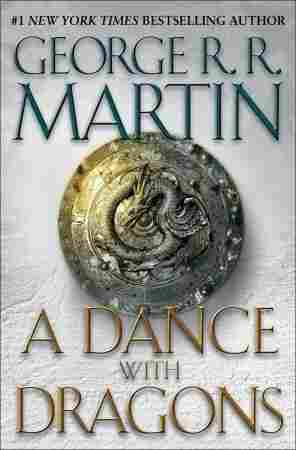 He drank his way across the narrow sea.
The ship was small and his cabin smaller, and the captain would not allow him abovedecks. The rocking of the deck beneath his feet made his stomach heave, and the wretched food they served him tasted even worse when retched back up. Besides, why did he need salt beef, hard cheese, and bread crawling with worms when he had wine to nourish him? It was red and sour, very strong. He sometimes heaved the wine up too, but there was always more. "The world is full of wine," he muttered in the dankness of his cabin. His father had never had any use for drunkards, but what did that matter? His father was dead. He ought to know; he'd killed him. A bolt in the belly, my lord, and all for you. If only I was better with a crossbow, I would have put it through that cock you made me with, you bloody bastard.

Below decks there was neither night nor day. Tyrion marked time by the comings and goings of the cabin boy who brought the meals he did not eat. The boy always brought a brush and bucket too, to clean up. "Is this Dornish wine?" Tyrion asked him once, as he pulled a stopper from a skin. "It reminds me of a certain snake I knew. A droll fellow, till a mountain fell on him."

The cabin boy did not answer. He was an ugly boy, though admittedly more comely than a certain dwarf with half a nose and a scar from eye to chin. "Have I offended you?" Tyrion asked the sullen, silent boy, as he was scrubbing. "Were you commanded not to talk to me? Or did some dwarf diddle your mother?"

That went unanswered too. This is pointless, he knew, but he must speak to someone or go mad, so he persisted. "Where are we sailing? Tell me that." Jaime had made mention of the Free Cities, but had never said which one. "Is it Braavos? Tyrosh? Myr?" Tyrion would sooner have gone to Dorne. Myrcella is older than Tommen, by Dornish law the Iron Throne is hers. I will help her claim her rights, as Prince Oberyn suggested.

Oberyn was dead, though, his head smashed to bloody ruin by the armored fist of Ser Gregor Clegane. And without the Red Viper to urge him on, would Doran Martell even consider such a chancy scheme? He may clap me in chains instead, and hand me back to my sweet sister. The Wall might be safer. Old Bear Mormont said the Night's Watch had need of men like Tyrion. Mormont may be dead, though. By now Slynt may be the Lord Commander. That butcher's son was not like to have forgotten who sent him to the Wall. Do I really want to spend the rest of my life eating salt beef and porridge with murderers and thieves? Not that the rest of his life would last very long. Janos Slynt would see to that.

The cabin boy wet his brush and scrubbed on manfully. "Have you ever visited the pleasure houses of Lys?" the dwarf inquired. "Might that be where whores go?" Tyrion could not seem to recall the Valyrian word for whore, and in any case it was too late. The boy tossed his brush back in his bucket and took his leave.

The wine has blurred my wits. He had learned to read High Valyrian at his maester's knee, though what they spoke in the Nine Free Cities... well, it was not so much a dialect as nine dialects on the way to becoming separate tongues. Tyrion had some Braavosi and a smattering of Myrish. In Tyrosh he should be able to curse the gods, call a man a cheat, and order up an ale, thanks to a sellsword he had once known at the Rock. At least in Dorne they spea the Common Tongue. Like Dornish food and Dornish law, Dornish speech was spiced with the flavors of the Rhoyne, but a man could comprehend it. Dorne, yes, Dorne for me. He crawled into his bunk, clutching that thought like a child with a doll.