Accessibility links
Indiana Plaque Marks A Presidential Tumble A rock commemorates the spot where former President Martin Van Buren was tipped into the mud by a carriage driver in Plainfield, Ind., in an attempt by locals to draw attention to poor road conditions. The spot is located along U.S. 40, but few motorists see it tucked away in a grove of trees. 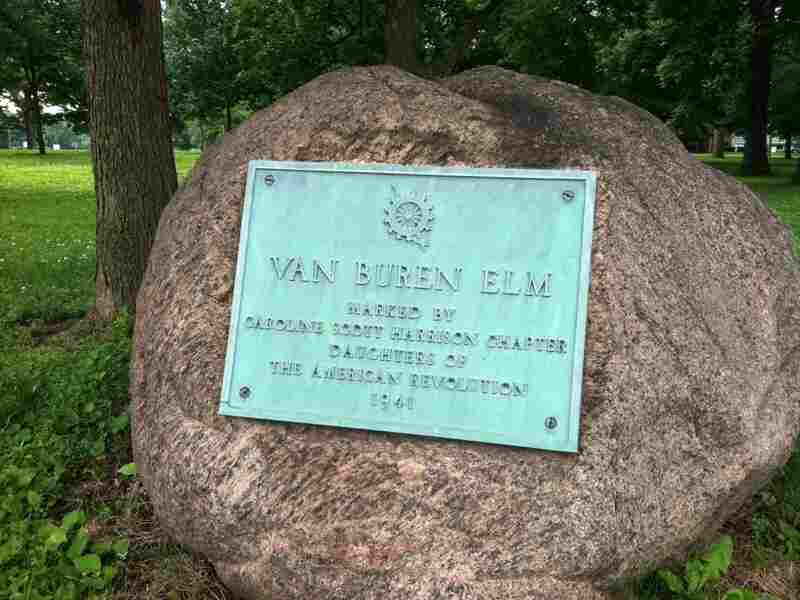 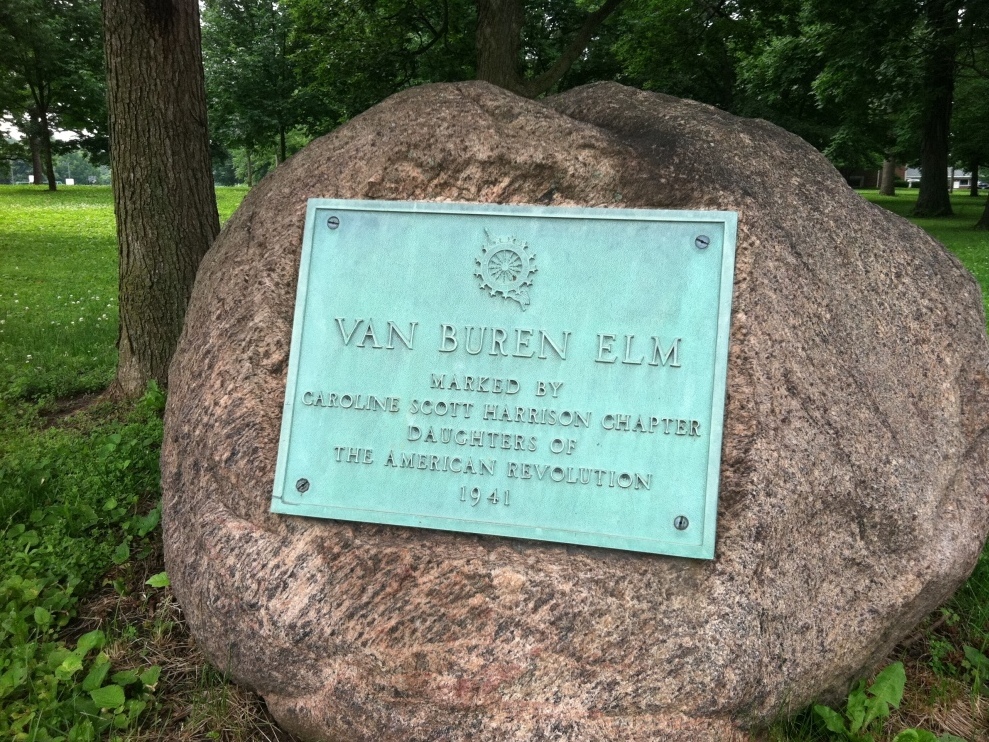 A plaque marks the spot where former President Martin Van Buren's carriage overturned into the mud in Plainfield, Ind.

This story is part of an ongoing series called Honey, Stop The Car: Monuments That Move You, which checks out memorials across the country that inspire drivers to pull over.

In the summer of 1842, along what is now U.S. Route 40 in Central Indiana, Martin Van Buren was being taken for a ride — literally. He'd been out of office for a little more than a year, but the ex-president was already traveling the country trying to drum up support for another run at the White House.

"He spent a weekend in Indianapolis speaking and meeting people and then headed west to Illinois for more speeches, to shake more hands, to kiss more babies," says historian Bill Clendineng.

The people in Plainfield, just outside of Indianapolis, wanted to teach the ex-president a lesson. During his term, Van Buren opposed a bill that would have funded improvements to the National Road, which wasn't really a road so much as a strip of dirt, with huge tree stumps and ruts that forced carriage passengers to tie themselves to their seats. Some Plainfield residents decided that Van Buren should go on a rough ride to see firsthand how badly the road needed repairs.

At the base of the tree was a large mud hole where pigs wallowed. There were two routes to get around it, but the carriage driver deliberately took the rough route knowing the elm's roots would overturn the carriage and send Van Buren flying into the mud. The plan was executed perfectly. The carriage tipped over, and Van Buren went into the muck, soiling his starched white clothes and filling his boots with thick mud. 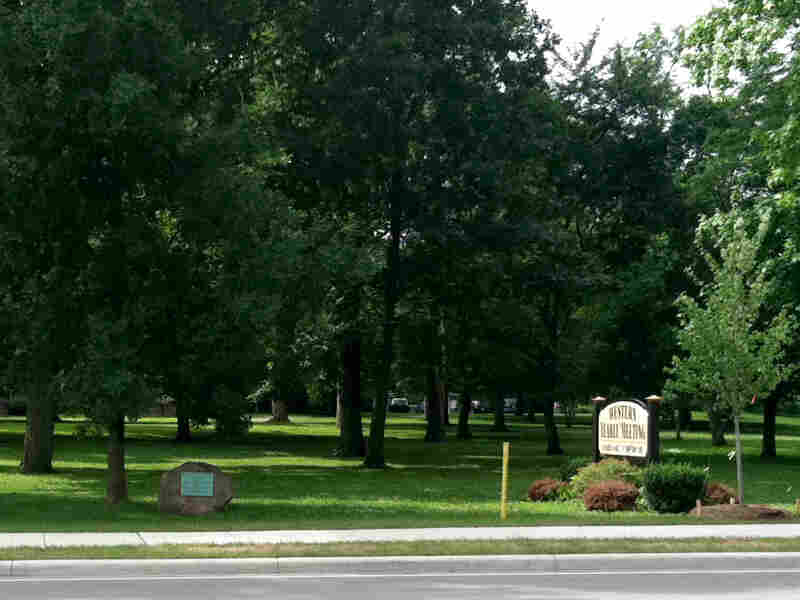 The plaque is located along U.S. 40, but few motorists see it tucked away in a grove of trees. Sara Wittmeyer for NPR hide caption 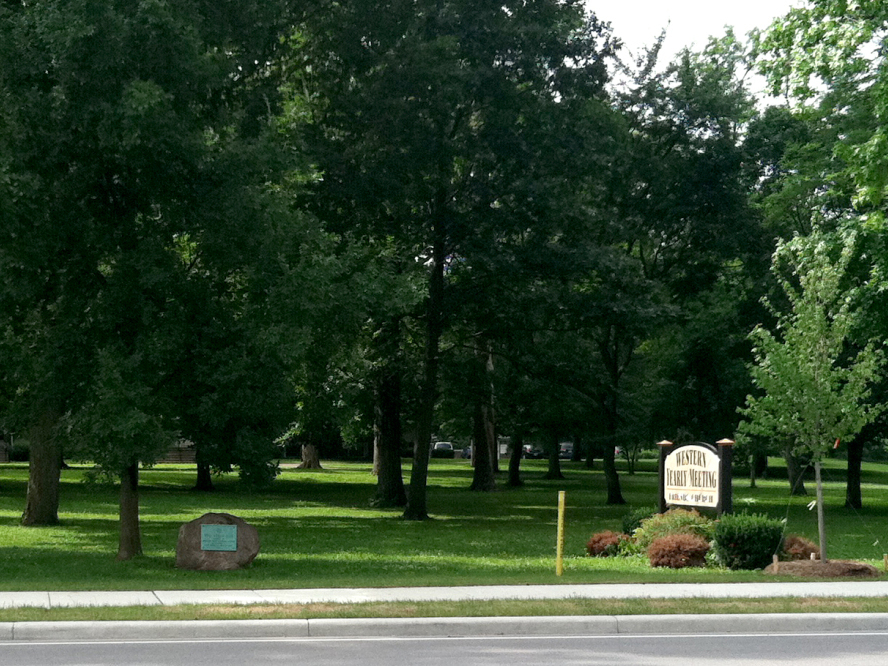 The plaque is located along U.S. 40, but few motorists see it tucked away in a grove of trees.

Residents who had gathered in their Sunday best to greet the ex-president stood amazed as a humbled Van Buren made his way to the town tavern to clean up.

Meanwhile, the carriage driver who'd pulled off the prank was rewarded by some residents with a $5 silk hat.

It took 75 years before the tree was marked with a plaque. And now a stone marker sits in the spot where the old elm used to be. It's on the front lawn of the church where Clendineng is the pastor.

"It's a great story, but driving by, all you have is this rock and a plaque on it saying, 'This is the Van Buren Elm,'" Clendineng says.

After the dirty political stunt in Plainfield, Van Buren did attempt two more runs for the presidency. But failed bids in 1844, for the Democratic nomination, and in 1848, as the nominee of the Free Soil Party, marked the political end of his road.