Accessibility links
Retailers Won't Wait For Back-To-School Boost For retailers, it's the second "most wonderful time of the year" next to the holiday shopping season. That's why they're getting an early start. 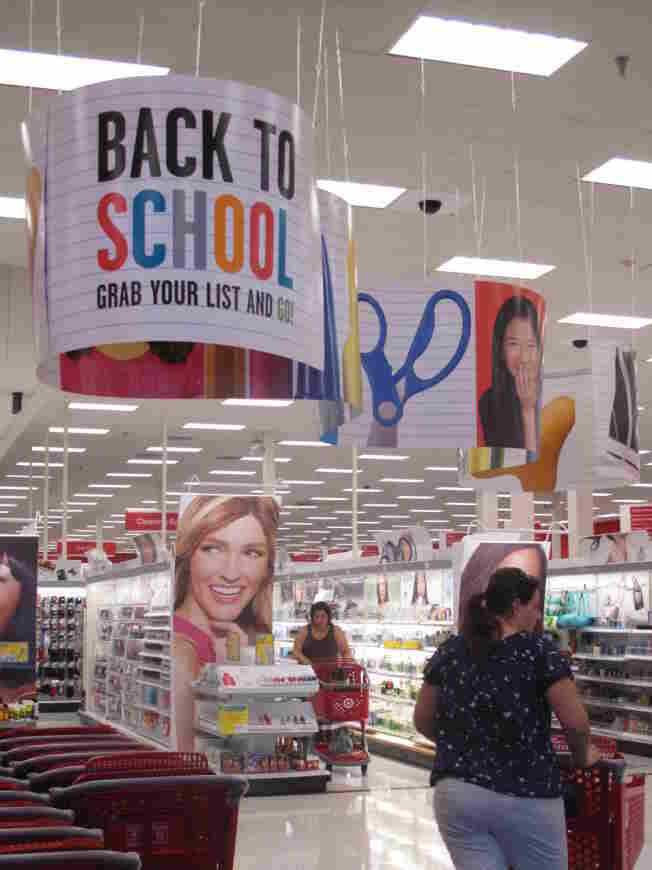 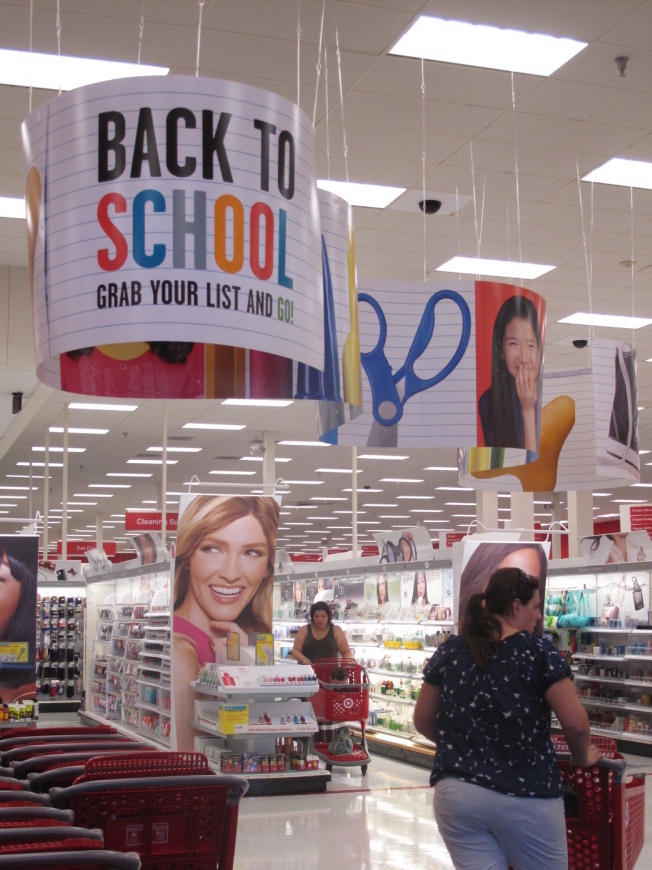 Believe it or not, the back-to-school shopping season has officially begun.

For retailers, it's the second "most wonderful time of the year" next to the holiday shopping season. But analysts say low consumer confidence means spending this summer will probably be lackluster.

Too Soon For Parents, But Not For Retailers

The first day of class for most students may still be a month or two away, but the retail industry is eager to get a head start.

Just walk into a Target, and you'll be greeted by banners spelling out "back to school" next to photos of shiny new school supplies and smiling children.

Some parents say it's too soon.

But for retailers, it's never too early to start cashing in on one of the most lucrative shopping seasons of the year.

"For Staples, back-to-school is almost like Christmas," says Jevin Eagle, executive vice president of merchandising and marketing for Staples.

The office supply chain recently offered packs of pens and erasers for as low as pennies to entice early-bird shoppers.

"The economy is not as good as we would all like it to be," Eagle says. "There are a lot of people out of work, and we really want to have great, hot deals for everyone."

If a sale on notebooks this week doesn't look so great ... [shoppers are] going to wait, and they're going to wait.

Too Fatigued To Shop?

But Chris Christopher, an economist with IHS Global Insight, says recent dips in consumer confidence mean shoppers will be more tentative about their purchases.

Pam Goodfellow, consumer insights director for the research firm BIGresearch, says in this economy, more families are taking their time to prowl through store aisles and online before striking.

Some shoppers in states like Missouri, Texas and Virginia wait for sales tax holidays, when clothing and school supplies are exempt from sales tax.

Jacob and his mother stopped by a Target in Columbia, Md., to buy snacks for a family road trip to Virginia. They couldn't resist checking out the new displays of composition notebooks and pencil grips.

"I'm trying to convince my son to kind of hold off and get the best deals," Ari Heywood says. "But we're both so excited. We can't stop ourselves. It's ridiculous!"

Before long, her son flashes a toothy smile to convince her to add a few extra items to their shopping cart, including a $9 pencil box.

Heywood also recently bought an $80 L.L.Bean backpack for her son.

"It was kind of pricey," she adds. "But again, for school, anything for school."

That's music to the ears of retailers, who will be listening for more signs of consumer confidence this summer.