Accessibility links
How Bible Stories Evolved Over The Centuries Scholars at the New Orleans Baptist Theological Seminary have spent 11 years combing through early New Testament manuscripts, looking at how they've evolved over the centuries. And what they found may surprise some believers.

A reproduction of a 3rd century papyrus of text from the book of John. Bill Warren/Center for New Testament Textual Studies hide caption

A reproduction of a 3rd century papyrus of text from the book of John.

Many Christians believe that the words of the New Testament are set in stone. But scholars at the New Orleans Baptist Theological Seminary are chronicling just how much those words have evolved over time.

For 11 years, they've combed through the earliest Greek manuscripts of each book in the New Testament and found more than 17,000 pages of variations. Their ultimate goal: the world's first comprehensive, searchable online database showing how the New Testament has changed.

The database is already up. The first explanations go live this fall with two books of the New Testament — Philippians and First Peter.

Now, scholars have known about many of these variations for years, but some of the changes might surprise many Christians.

How Mark's and John's Stories Changed

Take the story of Christ's resurrection. As the gospel of Mark tells it, on the third day after the crucifixion, Jesus rose from the tomb and appeared to various people, including his disciples.

But Bill Warren, the professor leading the project, tells weekends on All Things Considered host Guy Raz that in the original manuscripts for Mark, the story of Jesus visiting the disciples is nowhere to be found.

"We actually have more than one ending in the manuscripts, and then we have some with no ending," Warren explains, "So what we think probably happened there is that as soon as you see the other Gospels with the resurrection stories, early in the 2nd century at least, someone says, 'You know, we need to put some of this material into Mark to round it off better.' "

Warren points to another significant change in the gospel of John: In the earliest manuscripts, he says, John did not include Jesus challenging a mob that's about to stone a woman accused of adultery with the now-famous line: "Let any among you who is without sin cast the first stone."

The professor says that the story was probably inserted into the book of John somewhere around the 2nd or 3rd centuries.

"The early church canonized books and not stories," he says, "and so when they had authentic stories from Jesus in the oral tradition that was circulating, they had to find a way to put it in the text. And so the church is trying to save this story even though its not part of John." 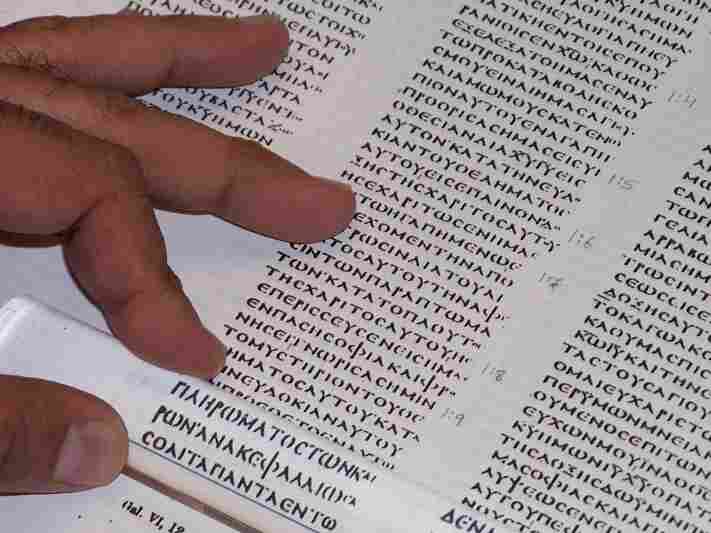 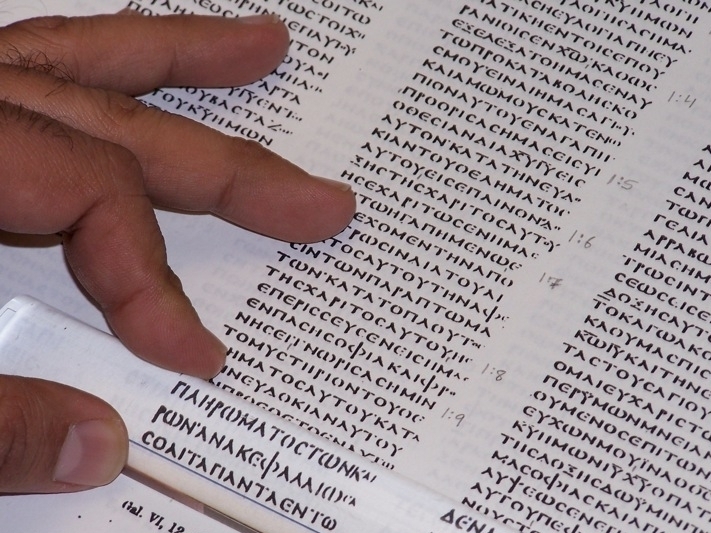 Change In The Name Of Clarification

Variations in the early Greek manuscripts may seem like a cause for alarm for many Bible literalists, but the majority of the discrepancies the project documents, Warren says, were caused by early transcribers doing their best to clarify the text.

"We actually have different qualities of copies among the manuscripts. Some are very careful not to change anything of what they're copying, and some, probably more or less at the service of the church, are trying to clarify the text," he explains. "And then, very early on, some of these scribes are just Christians who during the daytime have other jobs and they're trying to make copies of the text. And so they don't have the same sense of how to make a professional copy."

Warren's goal is that the project will allow everyday Christians to see for themselves how and why the New Testament has evolved over the years.

"A faith ought to be an examined faith, even to the point of saying, we'll look at all the evidence, and then we'll figure out what is the best wording for the text and that's what we go with," he says.