Accessibility links
Russian Valentine: Prokofiev's Romeo And Juliet Prokofiev's passionate ballet score to Romeo and Juliet combines the lightness of the love story and the tender emotions with music of real violence — which is, after all, a lot of what Shakespeare's play is about. 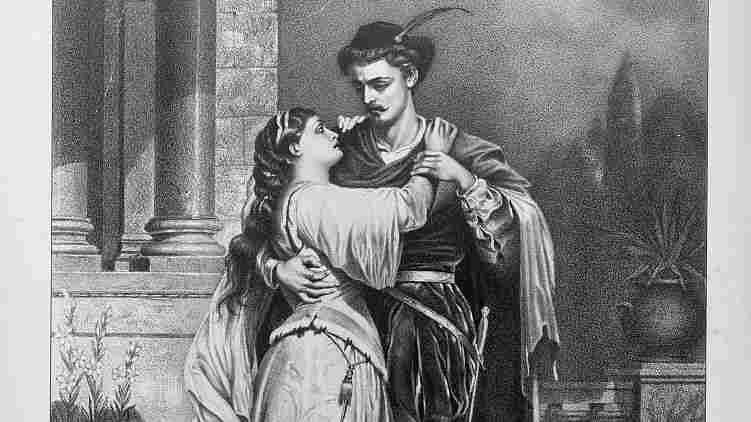 1879 poster for Romeo and Juliet. Library of Congress hide caption 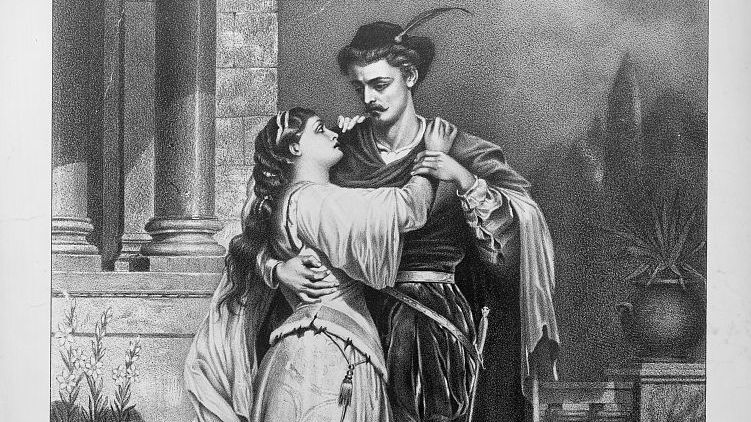 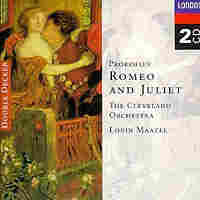 William Shakespeare's Romeo and Juliet has been told countless times in music and art, to the point where it's easy to wonder how anyone could come up with something new. But Sergei Prokofiev certainly found a way.

Everyone knows about the conflict in Romeo and Juliet between the Montagues and the Capulets — the fact that the central love story is surrounded by violent drama. But Prokofiev saw that there's also a battle going on between youth and age, and his music reflects that. It shows the serious, almost severe personalities in the older generation, where everyone is locked into his or her feelings about each other. And then there's the much freer, lighter, more kinetic music of the young people. It's a sense that runs throughout the score, and it helps create a new dimension in appreciating the ballet and the music.

Overall, this is music that's choreographic in its spirit. It must have been easy for the choreographers to create the ballet to Prokofiev's music, even though they said that much of it was undanceable.

Romeo and Juliet is one of the most beautiful scores of the 20th century, and certainly one of the greatest compositions for the ballet stage, on a par with the great Tchaikovsky ballets. Prokofiev absolutely aced it in this work, which is so rich in melody and so rich in content. It combines the lightness of the love story and the tender emotions with music of real violence — which is, after all, a lot of what Shakespeare's play is about. You can't soft-soap that, and you can't brush it aside. This is a play that ends unhappily, but it contains some extraordinary music along the way to its tragic ending. And the Cleveland Orchestra plays absolutely magnificently in this recording.