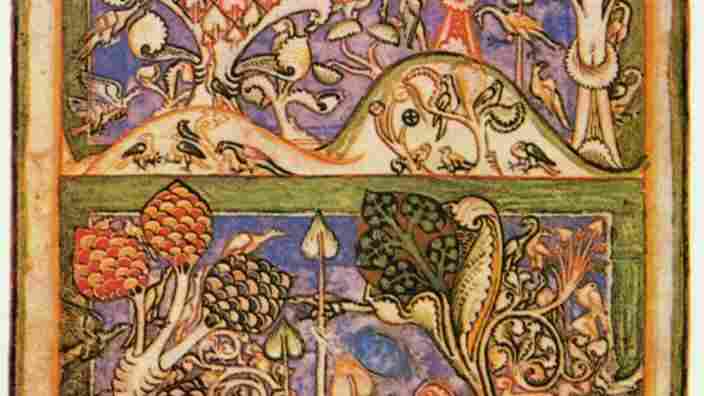 Detail of the Waldlandschaft scene of Carmina Burana on parchment in Munich. Wikimedia Commons hide caption 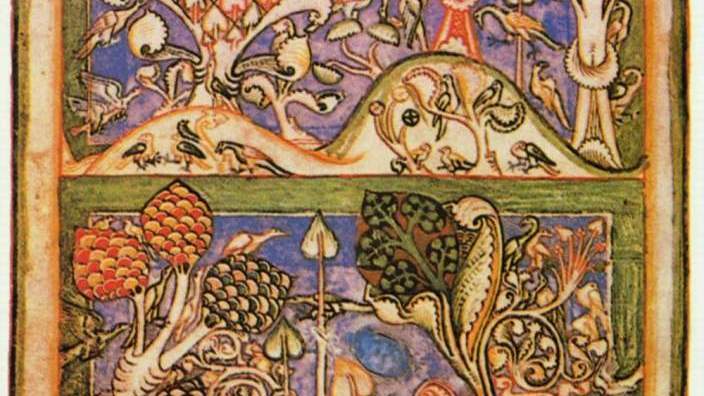 Detail of the Waldlandschaft scene of Carmina Burana on parchment in Munich.

Chorus and Orchestra of the Deutsche Opera, Berlin 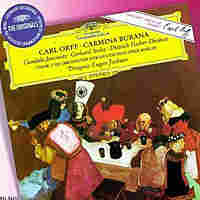 Carmina Burana was the title of a collection of medieval Latin and German lyrics published in 1847, taken from a 13th century manuscript then in the possession of a Benedictine abbey near Munich.

To this day, the original manuscript remains the richest source of secular poetry by the goliards — itinerant scholars and monks active in Europe from the late 10th century to the early 1200s. In 1935, the German composer Carl Orff (1895-1982) encountered the collection and was immediately seized by the earthy, unbridled imagery of its material. He made use of some two dozen texts (though none of the melodies in the manuscript) to fashion one of the 20th century's most popular works for chorus and orchestra. The score, completed in 1936, received its premiere in Frankfurt on June 8, 1937.

Orff's Carmina Burana invites the performer and listener alike to participate in the hedonistic enjoyment of rhythmically catchy and frequently repeated tunes, as well as equally simple forms, consonant harmony, powerful singing and colorful scoring marked by unstinting use of percussion.

'Burana' With A Bang

German conductor Eugen Jochum's picturesque recording has a Germanness that is exactly on the mark. The orchestral playing sounds clean, characterful and suggestive; the choral singing suitably lusty. No one has ever done the Bavarian beer hall bit any better, and the whole performance is fun from start to finish. Baritone Dietrich Fischer-Dieskau brings the nuance of a Lieder artist to his solos, while tenor Gerhard Stolze, in spite of some liberties with phrasing, proves unerringly comical.