Listen
Vivaldi: A Man For All Seasons

Vivaldi: A Man For All Seasons 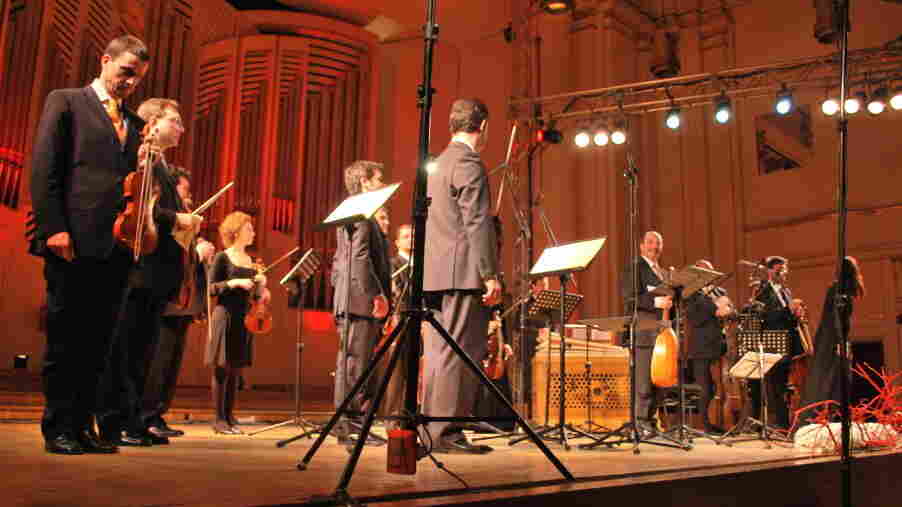 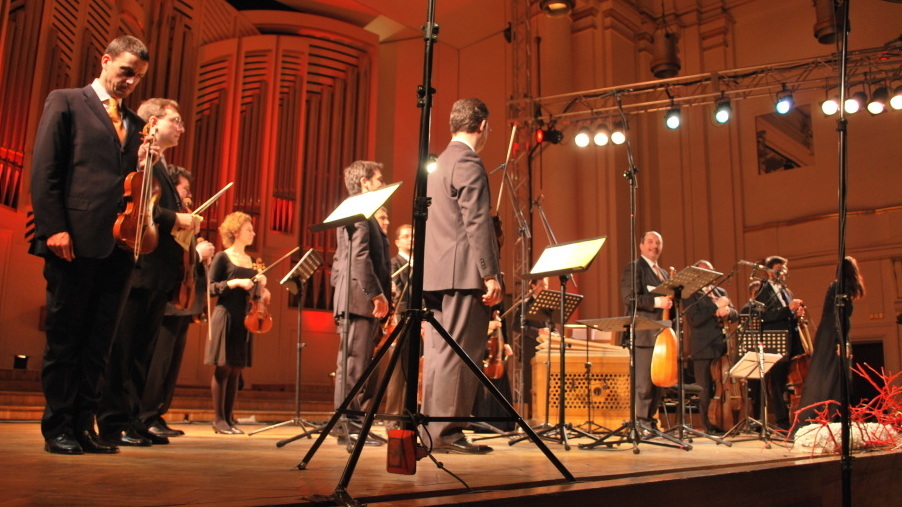 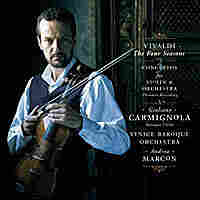 Known as the "red priest" because of his hair color and his membership in the clergy, Antonio Vivaldi (1678-1741) was the most original and influential Italian composer of his generation. He wrote more than 500 concertos, which make up the bulk of his output, and the techniques he used to keep these works interesting and lively — deftly varying the texture and figuration, and favoring angular, energetic rhythms that packed extra punch — were adopted by composers all over the continent.

The concertos of Vivaldi's Four Seasons, published in 1725, demonstrate a wealth of effect using nothing more than string instruments. Their imagery — of birds in the spring, storms in summer, huntsmen in autumn and icy landscapes in winter — remains as vivid today as on the day the notes were penned.

Vivaldi wrote an illustrative sonnet as a guide to each of the concertos. Accordingly, "Spring," in the bright key of E major, celebrates the sounds of "joyful bird song," briefly interrupted as "gentle breezes give way to a passing storm." In the slow movement, a shepherd sleeps in the "pleasant flowering meadow," while a dog (the solo viola) barks. Nymphs dance a graceful gigue through the finale as the sun emerges from behind the clouds. It's all there in the sonnet Vivaldi wrote, and it's there in the music as well.

For Vivaldi, it's important to have a period instrument ensemble and a Baroque violin because it allows the performer to play with lighter textures and crisper articulations. The faster pages can go at speed without sounding muddy or labored, producing a great deal of excitement — and that's what this recording has in spades. The more I listen to period instruments, the more I like the way younger performers are doing this music. The Venice Baroque Orchestra, with violin soloist Guiliano Carmignola, gives it a gung-ho reading and brings a lot of theatricality to the music.

There's a lot more to these concertos, and to Carmignola's performances, than simply getting the figuration of the pitches right. What sets Vivaldi apart as a composer is not just the quality of his ideas, but the vitality of their expression, and Carmignola picks up on that. Remembering that Venice was the epicenter of Italian opera at this time, it's not surprising that Carmignola and this group bring a very dramatic approach to the music.