Accessibility links
Ravel's 'Daphnis and Chloé' Ravel's magical orchestration and subtle sensuality bring an aura of poetry to this pastoral drama. Jean Martinon guides the Chicago Symphony in this 1964 recording. 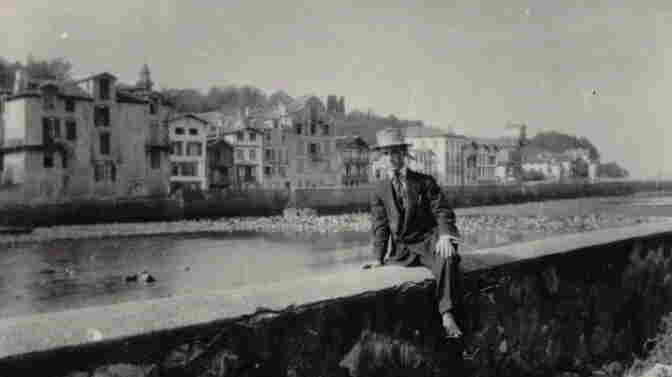 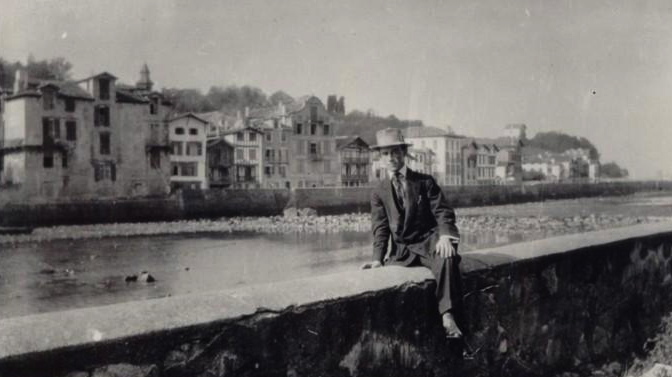 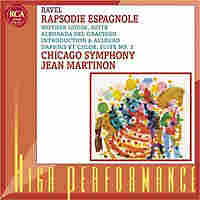 It occasionally happens that a great work is better known by excerpts. Such has been the fate of Maurice Ravel's Daphnis et Chloe every since its creation. While occasionally performed as a ballet, it is usually heard in concert, represented by its final three numbers: "Lever du jour" (Daybreak), "Pantomime" and "Danse generale." Ravel himself designated these excerpts as Suite No. 2 after the score's completion in 1912.

Based on a pastoral drama by the Greek poet Longus, the scenario for the ballet was devised by Michel Fokine, a classically trained dancer and choreographer. The first two scenes portray the courtship of Daphnis and Chloe, and the latter's abduction by, and miraculous escape from, a band of pirates. The third scene, comprising the three numbers of Suite No. 2, takes place in a grove sacred to the god Pan. Ravel portrays the murmuring of a nearby brook at daybreak with undulating figures in the winds, harps, celesta and later the strings. In the foreground, birdcalls are sounded by the piccolo and three solo violins. As the shades of dawn give way to the colors of day, a luxuriant melody builds in the orchestra. Daphnis awakes, anxiously looks for Chloe, and sees her among a group of shepherdesses. The two throw themselves into each other's arms, the melody reaching an impassioned climax.

No French orchestra could play with the kind of power, precision and range of dynamics that the Chicago Symphony Orchestra possessed in 1964. Conductor Jean Martinon brings something special to the music because he was steeped in it from an early age. He knew Ravel personally and came from a generation that grew up with Ravel's music. Martinon had a command of the orchestra that allowed him to bring out precisely that element that is so characteristic of Ravel: the hedonistic aspect. It was the color and sound and texture of the orchestra that fascinated Ravel. This is an incredibly well-controlled, sensuous, atmospheric account of the music, with an explosiveness just under the surface.