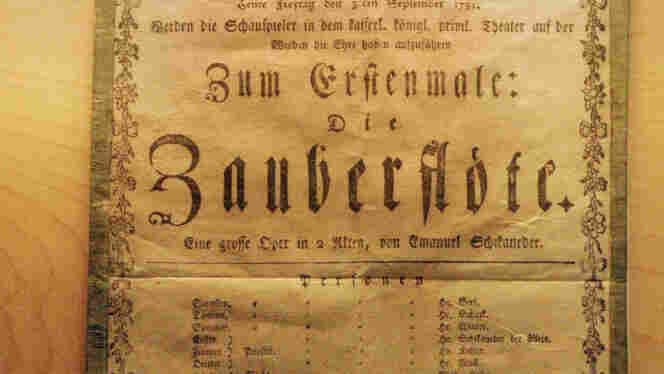 The original poster advertising the premiere of The Magic Flute on Sept. 30, 1791, is on display at the birth home of Wolfgang Amadeus Mozart. Getty Images hide caption 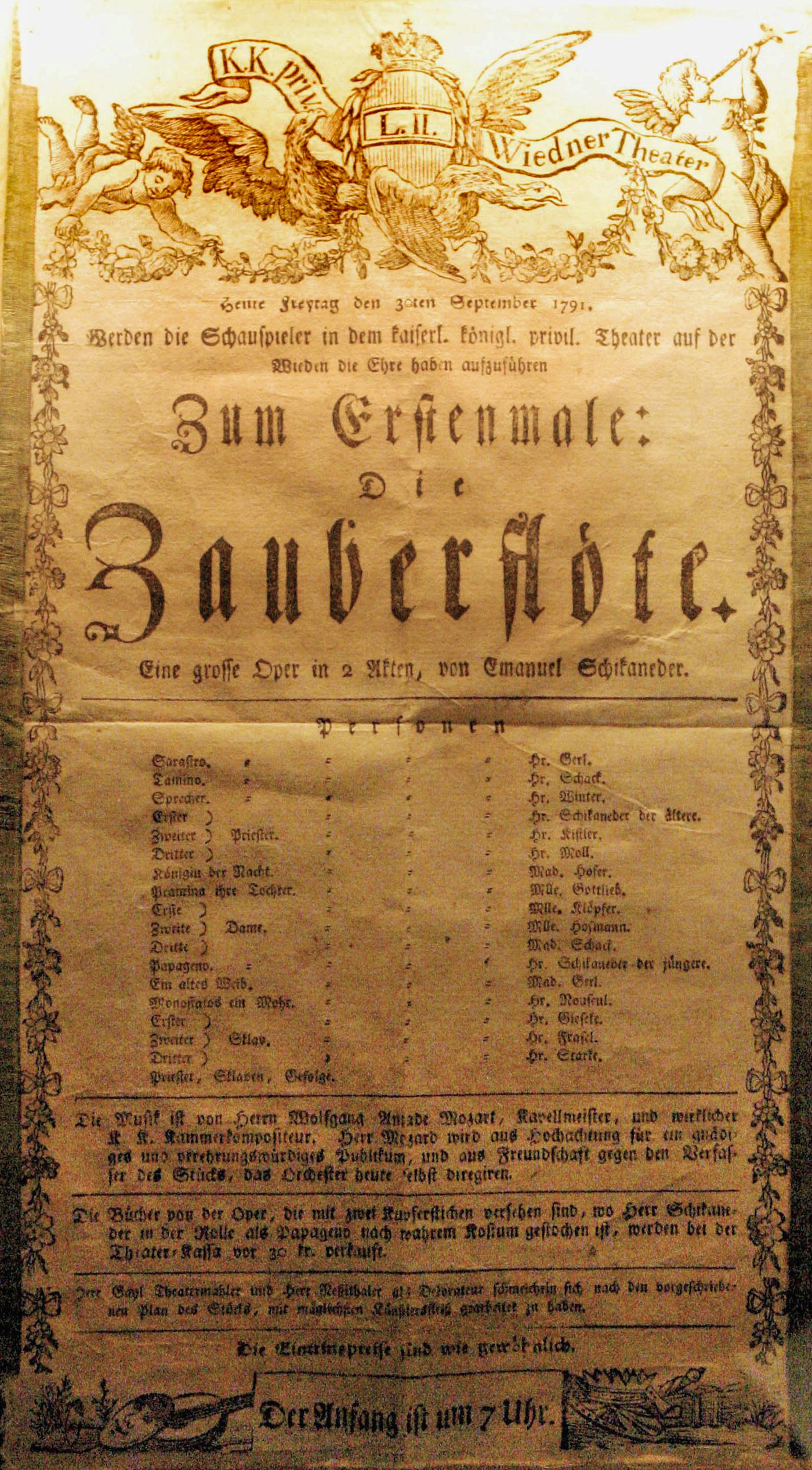 The original poster advertising the premiere of The Magic Flute on Sept. 30, 1791, is on display at the birth home of Wolfgang Amadeus Mozart. 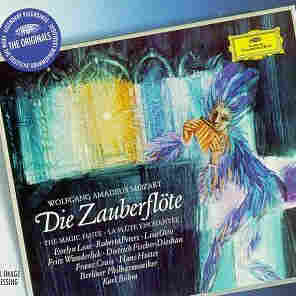 Mozart's Die Zauberflote (The Magic Flute) belongs to the genre called singspiel, which is similar to opera, but with spoken dialogue rather than recitatives. Notwithstanding its curious blend of fairy tale, Masonic ritual and commedia dell'arte, the text fits firmly into the style and traditions of the popular Viennese theater of the day. The music, however, is of a profundity altogether outside of tradition.

The mock-solemn overture to Die Zauberflote stands as one of the most brilliant instrumental movements Mozart ever fashioned. The numbers, ensembles and set pieces that follow are extraordinary, both in their variety and in the richness of their characterization, and they exhibit that uncanny finesse of Mozart's late style. The settings range from direct and folkish (as in Papageno's opening song) to ornately old-fashioned (the first-act rage aria of the Queen of the Night) to downright anachronistic (the cantus firmus duet of the Armed Men). But there's also a strangely forward-looking romanticism to the scoring and harmony, as well as a spirituality in the choruses of the priests that anticipates Wagner's Parsifal. Mozart dearly loved Die Zauberflote, perhaps more than any of his other operatic creations. He could not have known that it would become the foundation of German Romantic opera, but he knew the value of what he had written. He died two months and a few days after the opera's first performance.

Tenor Fritz Wunderlich was fated to live only as long as Mozart himself did, dying before his 36th birthday. But by the time this recording was made in 1964, he had become the greatest German singer in this repertory, and he remains the greatest Tamino in recording history. He sings with beauty of tone, maturity and a sensitivity to the line that inspires, yet cannot be equaled.

The cast is spectacular across the board. Dietrich Fischer-Dieskau and Lisa Otto play Papageno and Papagena. Fischer-Dieskau, one of the great singers of the 20th century, brings wisdom and genuine humor to the role. Backing up the fabulous cast is the Berlin Philharmonic, led by Karl Bohm, who was one of the most distinguished Mozarteans and an experienced man of the theatre.

A Biography Of Wolfgang Amadeus Mozart