Accessibility links
Appealing To The Masses: Brahms' Requiem With its German text and emphasis on consoling the living, Brahms' decidedly non-Latin Requiem was unlike anything that had come before it. Hear conductor Otto Klemperer's soulful rendering of Brahms' personal and rapturous music.

Appealing To The Masses: Brahms' Requiem 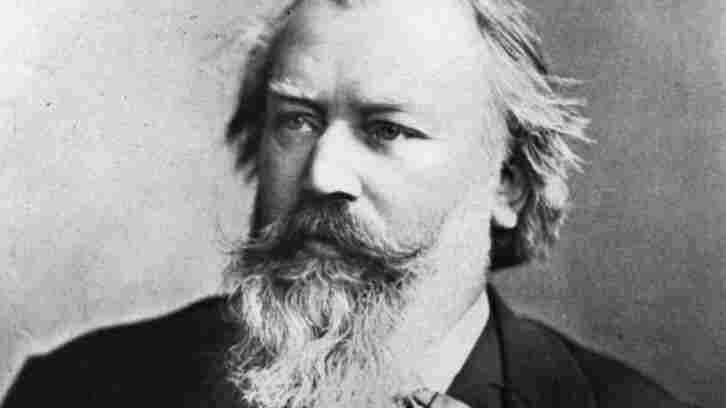 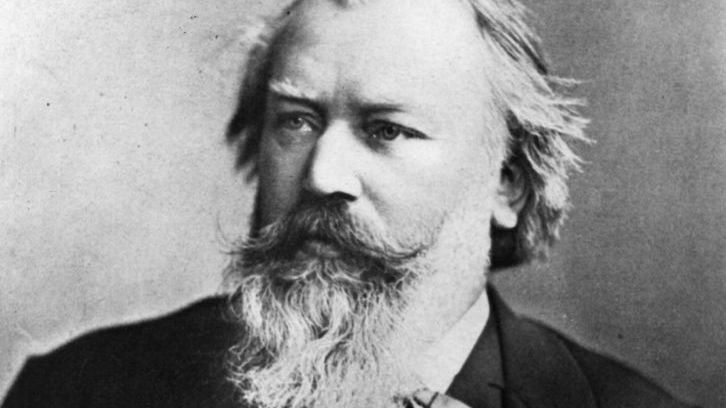 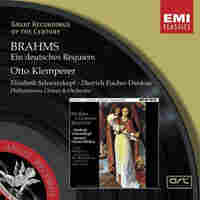 The idea of composing a requiem in the German language based on texts from the Lutheran Bible and the Apocrypha began to take shape in Brahms' mind in 1857, a year after the death of his friend and mentor, Robert Schumann. But it wasn't until 1865, following the death of Brahms' mother, that he took up composition of the music in earnest.

After another three years, the work stood complete, having grown from a choral piece into a cantata, and then into a seven-movement Requiem for chorus, soloists and orchestra. In the process, it became the central work of Brahms' career, the one that established him as a composer of major stature and linked two of the most important spheres of his lifelong musical endeavor, the vocal and the symphonic.

A northerner, Brahms was steeped in the traditions of Protestantism, though unlike Bach, he remained unconvinced of man's afterlife. It was not his intention to pattern his Requiem after the Latin mass for the dead, nor to proclaim what he felt were false hopes for resurrection. Instead, Ein Deutsches Requiem is a work of consolation for those left behind.

The gentle opening movement, "Selig sind, die da Leid tragen" (Blessed are they that mourn), immediately marks the shift of emphasis toward the living. The remaining movements touch on the subject of death from a variety of angles. With "Selig sind die Toten" (Blessed are the dead), the work ends on a note of untroubled acceptance and resignation, in the pastoral key of F major, far from the sting of death.

Otto Klemperer's account, recorded in 1961, remains unmatched among readings that emphasize the spirituality of the score. Drawing committed playing and singing from his forces, Klemperer opens the doors to the beauty of the music without fuss or fanfare. Elizabeth Schwarzkopf's expressive portamento sounds a bit dated in style, but her singing is characterful nonetheless, while Dietrich Fischer-Dieskau is a paragon of restrained expressiveness. The singing of the Philharmonia Chorus is especially beautiful.

EMI has done an exemplary job with this latest remastering, part of its "Great Recordings of the Century" series. Compared with previous CD incarnations, there is new depth to the image and better resolution of detail. The weight of the organ can really be felt, while the richness of tone in the orchestra is astonishing.

A Biography of Johannes Brahms