Accessibility links
Best Of Broadway: Bernstein's 'West Side Story' The original Broadway cast recording of Bernstein's West Side Story was made only three days after the show opened. More than 50 years later, the performers' fresh vitality still shines through. 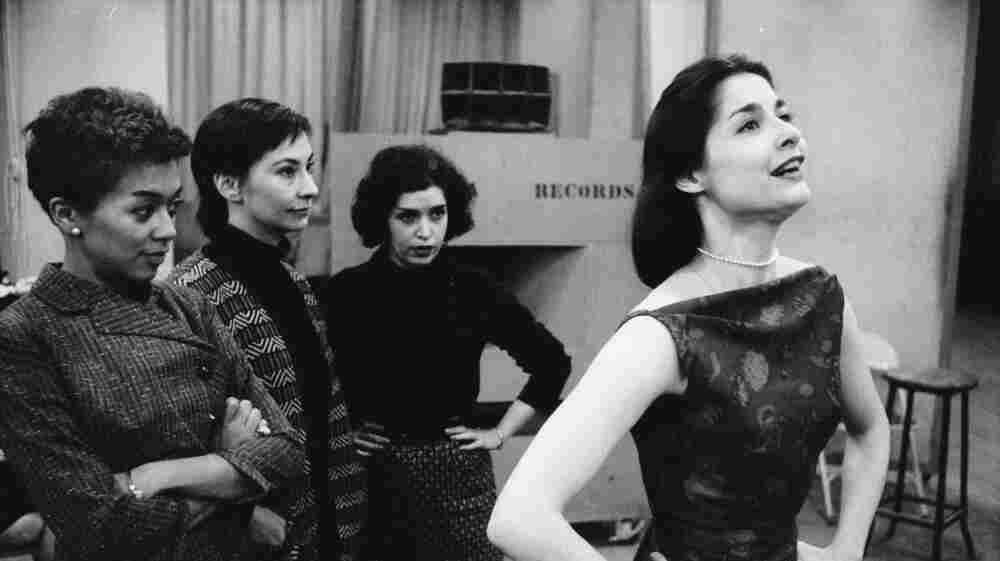 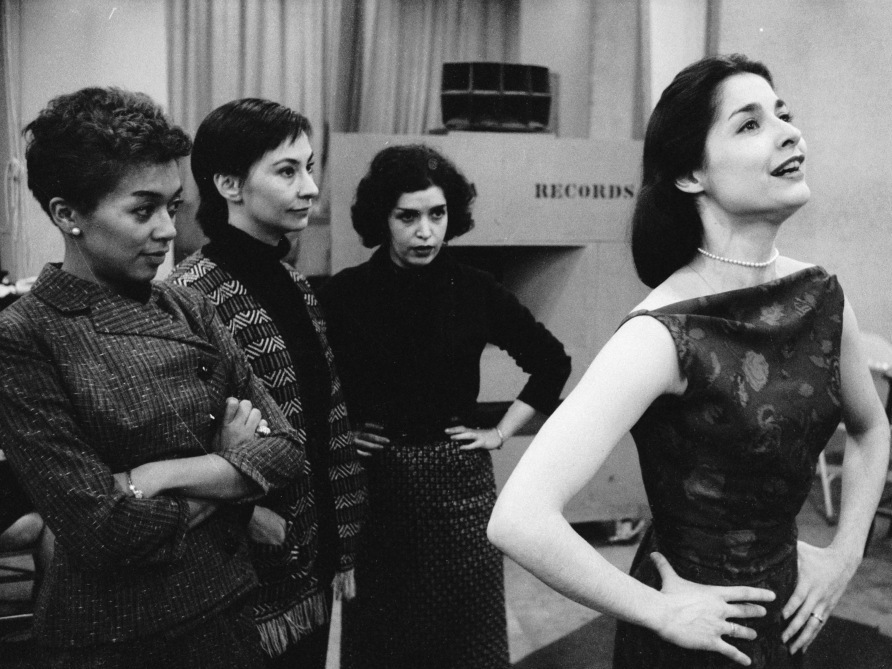 Carol Lawrence (right) sings "I Feel Pretty," along with (left to right) Elizabeth Taylor, Carmen Gutierrez and Marilyn Cooper, in the 1957 original Broadway cast recording of West Side Story.

Sung by Larry Kert (as Tony) and Carol Lawrence (as Maria). 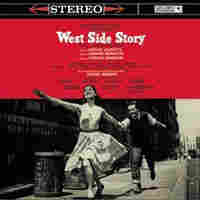 West Side Story, first staged in 1957, proved to be Leonard Bernstein's masterpiece. The lyrics were by a newcomer named Stephen Sondheim. It's a modern-day, big-city adaptation of the story of Romeo and Juliet in which Tony, a former gang leader on the verge of adulthood, and Maria, a girl newly arrived from Puerto Rico, are the star-crossed lovers. The rival street gangs — the Jets and Sharks — stand in for the Montagues and Capulets. West Side Story transcends the limits of the musical genre without attempting to be opera.

A Classic Musical, But Is The Music Classical?

West Side Story is classical music, but it isn't opera by any means. It is musical theater done in an elaborate manner, musically very rich, and that's what makes it classical. I don't think it could have been anything else with Leonard Bernstein as the composer.

Later, Bernstein himself came back and recorded West Side Story, but it wasn't as compelling as this original Broadway cast recording, in part because in the original, the music was fresh and challenging, and also because the voices were chosen carefully.

The demands made in this music are operatic without requiring operatic voices. The structure of the music and the melodic contours are very sophisticated. Carol Lawrence, Larry Kert, Chita Rivera and the rest were fine singing actors, not classical vocalists or operatic stars. They were naturals.

This particular recording of the original Broadway cast was made just three days after the show opened in New York. The freshness comes across on CD more than 50 years later, as the singers know they're at the beginning of a great show.