Accessibility links
Schubert Most Sublime: The String Quintet In C In this bittersweet music, Schubert added an extra cello to the standard string quartet, and in the process created a completely new sound for a small string ensemble. Hear a performance that deeply probes Schubert's personal brand of lyrical melancholy. 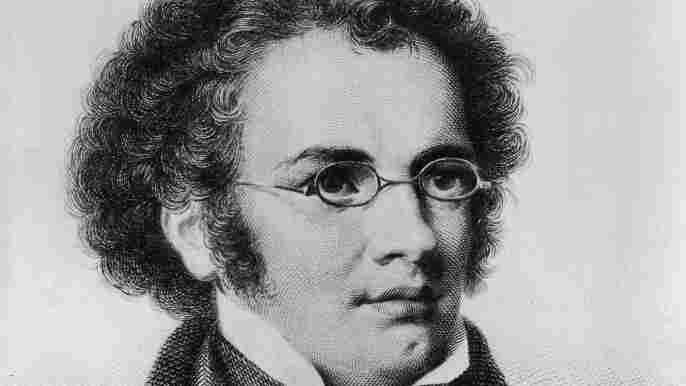 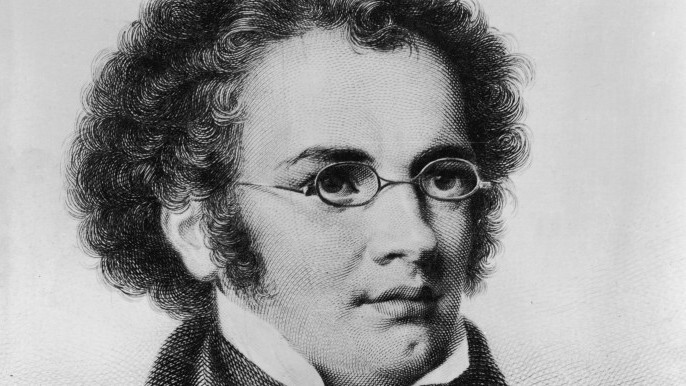 An engraving of Franz Schubert, a year before he wrote his famed String Quintet in C. 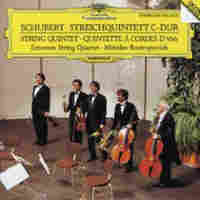 Composed in September of 1828, during the final weeks of Schubert's life, the Quintet in C for two violins, viola and two cellos was the composer's last instrumental work and ranks among his greatest accomplishments. Schubert's decision to use a second cello (rather than the second viola characteristic of Mozart's quintets) permits him to explore the string trio texture in the middle of the ensemble, while making embellishments with the "bookend" combination of first violin and second cello at the extremes of the quartet range. The second cello also adds to the overall richness of the piece, contributing to a darker sound.

Schubert's writing for the strings is symphonic, revealing, in such details as the frequent fanfare rhythms and repeated-note patterns, touches of "orchestration" that would have been assigned to winds and brass in one of his symphonies. In doing that, he revolutionized the art of writing for strings. He created sounds that no one had ever created before in a small string ensemble, constantly varying the texture as he did it. There are vast changes of light and color in the piece, as well as great harmonic variation.

The Emerson String Quartet has a remarkable guest joining them in this 1990 concert recording: Mstislav Rostropovich, who has played this music on many occasions and brings a marked intensity and beauty of tone to the second cello part. The Emersons are no slouches, either-- they are one of the great string quartets in history, technically assured and tremendously energetic, which is precisely what this quintet calls for. Yet their music is always under control, never played in a manic or frantic way, but with unlimited reserves of energy for the long build-up to the final movement. There's a poignant beauty running through the instruments, and a supreme quality of sound.