Accessibility links
Sibelius' 5th Symphony: A Song For Swans Finnish composer Jean Sibelius introduces some of his most memorable ideas in his fifth symphony. Inspired by swans in flight, the symphony ends in a magnificent blaze of glory. 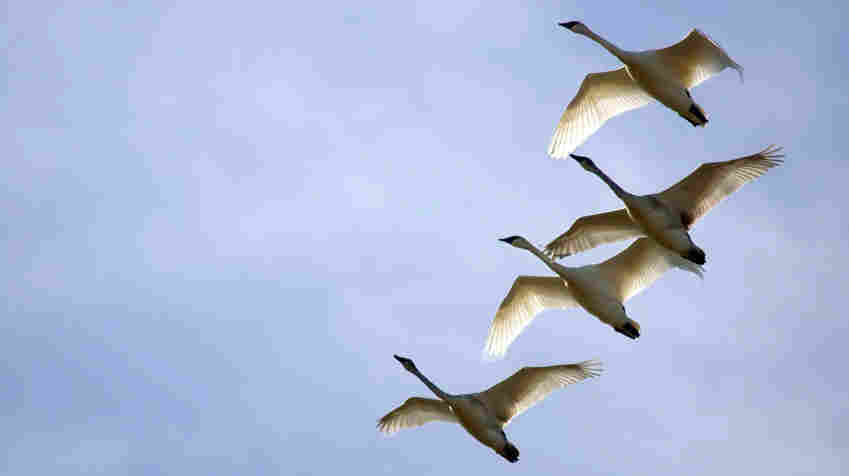 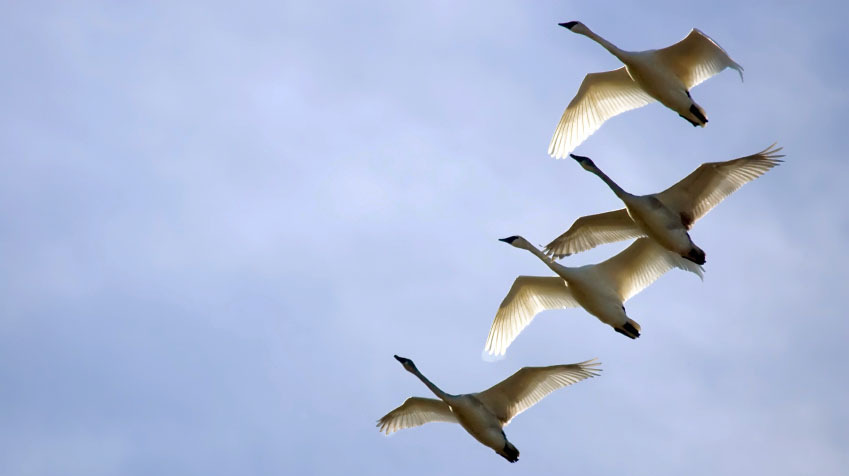 In his diary, Sibelius noted the inspiration for the grand theme in his Fifth Symphony: "Today I saw 16 swans. God, what beauty! They circled over me for a long time. Disappeared into the solar haze like a silver ribbon." 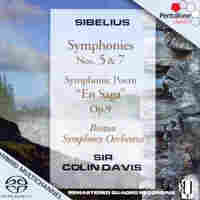 If one work could be said to characterize Jean Sibelius' mature style, it is the Fifth Symphony. The first movement grows organically, from nebulous beginnings and the majestic emergence of a theme of compelling grandeur, through music of scherzo-like momentum surging with life and growing ever more fleet, to a final, exhilarating rush of energy. It's a stunning example of Sibelius' ability to build a symphonic movement on the dynamic development of a single idea, in this case the first four notes of the horn theme that opens the work.

In the symphony's breathless moto perpetuo finale, Sibelius introduces one of his most memorable ideas: a bell-like tolling of chords among the four horns that is said to have come to him after he watched a flock of swans pass overhead. This "swan theme," which emerges from the giddy rush of the tremolo strings, is the soul of the movement, and it's accompanied by a poignant, singing subject given out in octaves by the woodwinds and cellos.

Sibelius brings the finale to climax by means of a grand slow-down, the reverse of the method he used in the first movement. The last pages of the symphony offer a mighty apotheosis of the "swan theme," capped by six isolated, powerful chords. The world that has been summoned out of the ether ends as a succession of huge, monolithic shouts of "Amen."

Sir Colin Davis and the Boston Symphony Orchestra are still a top choice for Sibelius' symphonies. Davis' approach is a Classicizing one; at times, it's even impressionistic, as opposed to the Romanticism favored by a good many other interpreters (and represented best by Karajan). But while these accounts lean to the objective side of the emotional ledger, they are illuminating and unfailingly expressive. The recordings are good mid-1970s analog, quite well remastered, though the sonic picture is still a little dense in places owing to Symphony Hall's ample reverberation. The Boston Symphony stays right with Davis the whole way, and this piece shows what a virtuosic band it is.

A Biography Of Sibelius