Accessibility links
Quiet Anguish In Elgar's Cello Concerto The concerto was the English composer's last major work for orchestra, as well as his most confessional. In this recording, cellist Jacqueline Du Pre gives one of her finest performances, exposing both gentleness in the pain and an edge to the tenderness. 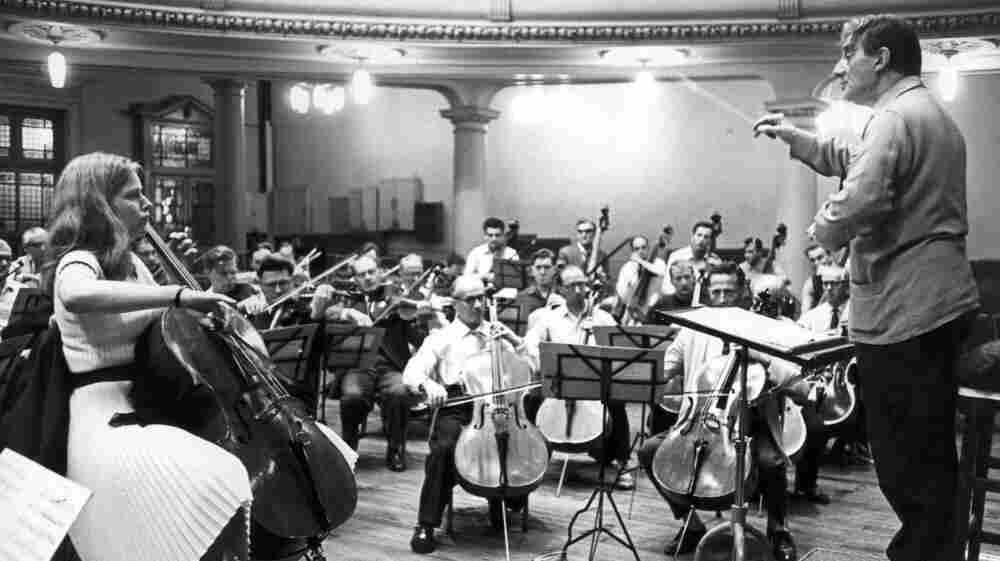 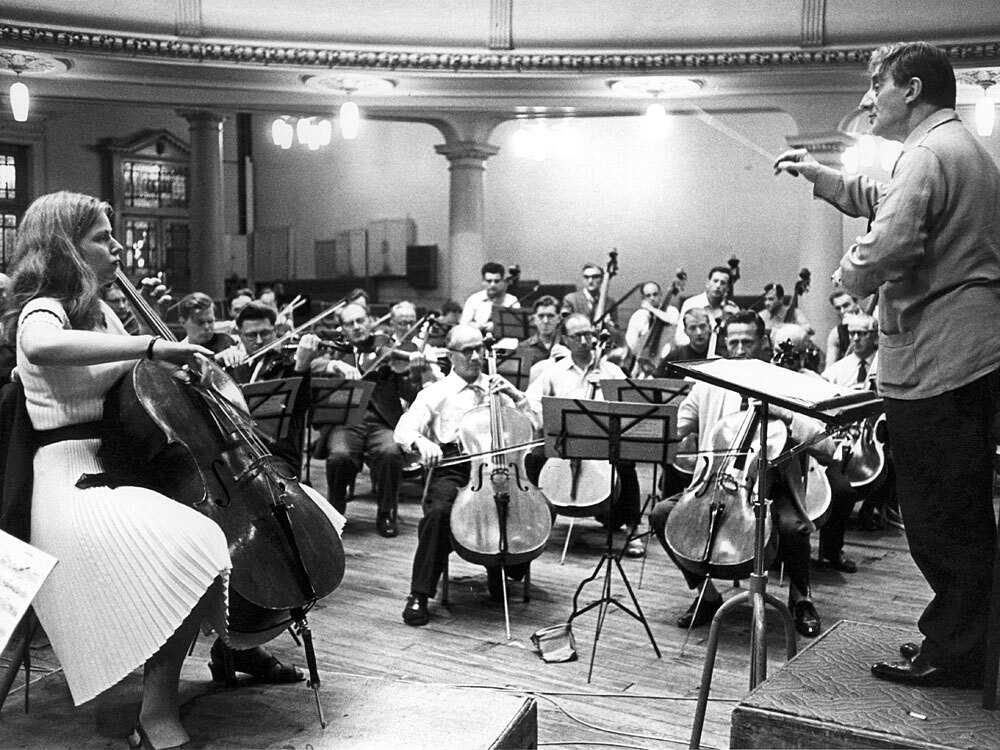 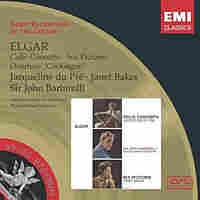 Completed in 1919, the Cello Concerto was Edward Elgar's last major work for orchestra, and his most confessional. In spite of fleeting moments of idyllic release, it's dominated by disillusionment, by a sense of suffering that at times cries out against life, yet more often speaks in quiet anguish. Elgar had been ill, and he was deeply depressed by the Great War's destruction of the world he had known. All of this he poured into a concerto for the cello — not such an unlikely instrument, considering its rich-toned yet brooding personality and its searing, dark timbre.

The four moments unfold from one another as if forming a single, rhapsodic thought — which, in view of Elgar's masterful use of his thematic material, they actually do. After the almost funereal beginning of the first movement, the clarinets introduce a lyric second theme, which is treated in the graceful manner of a siciliana. The second movement is prefaced by a pizzicato version of the cello's opening recitative; the main body of this movement is a scherzo-like moto perpetuo. A meditative adagio of great beauty reduces the orchestra to chamber size, and the cello sings through all but a single measure.

In the concerto's rondo finale, something of the pre-WWI Elgarian swagger can be detected, but only fleetingly. Fragments of melody from the concerto's earlier movements are hinted at before a climax of anguish and resignation.

The Pro And The Protege

Recorded in 1965, this passionate performance by the London Symphony Orchestra with conductor John Barbirolli is one of the classics of the catalog. Barbirolli actually played in the first-ever recording of Elgar's Cello Concerto only a few months after the piece's 1919 premiere. He was a young orchestral cellist playing under the baton of Sir Edward Elgar himself. Forty-six years later, he conducted this spectacular performance featuring cellist Jacqueline Du Pre.

Du Pre was only 20 when she made this recording, yet her performance is the one players look back to as a model. Both the pain and the tenderness of this valedictory work are captured in full by her performance; fittingly, there's always gentleness in the pain, always an edge to the tenderness. Coming together with Barbirolli — someone who was there at the beginning, so to speak — was an extraordinary moment of Du Pre's career, and the results are poetic.