Accessibility links
Wagner's Overtures In Full-Spectrum Sound The German composer utilizes powerful orchestral sounds, as well as silence, to elicit a psychological and emotional response from the listener. Who better than conductor Daniel Barenboim, a veteran of the opera pit, to pull it all off? 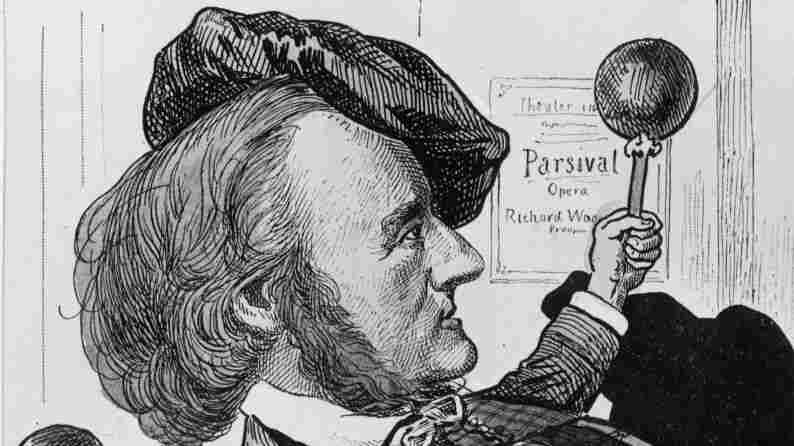 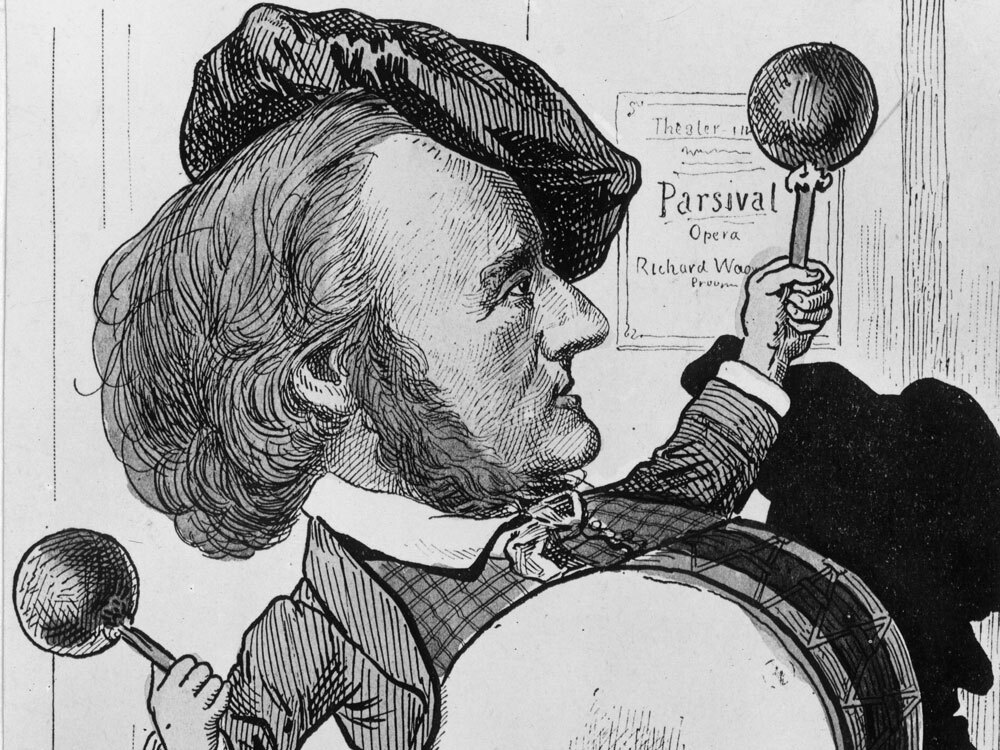 A caricature of composer Richard Wagner. 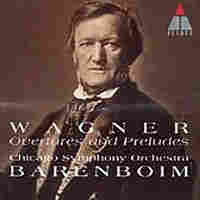 Richard Wagner was the consummate man of the theater and one of the greatest opera composers in history. As an intellectual, he was a fascinating paradox of pragmatism and idealism — had it not been for his indisputable talent, he might easily have been branded a crackpot — as well as the living embodiment of pride and prejudice. But as an artist, he was governed by a visionary insight into the human character and emotions, as well as by an unerring instinct for what could be achieved on stage in musical sound.

Wagner was a great orchestral alchemist, and he needs an equally great alchemist on the podium. Who better than Daniel Barenboim, a veteran of the opera pit, to pull it all off? Barenboim gets the maximum out of the Chicago Symphony Orchestra, and it gives a huge spectrum of sound to this recording. He understands how this music works in the grand scheme of things, and the silences he allows the orchestra to make are as important as the powerful loud sounds for which Wagner is known.

In the Overture from the opera Tannhauser, the Chicago Symphony brass once again carries the day at the climax. This band isn't afraid to play at any tempo. Barenboim takes his time letting the music build up, and the result is quite powerful and wonderful. Wagner's music was written for orchestras like the Chicago Symphony, and I know of no other recording that conveys this so effectively.