Accessibility links
Bartok's Best 'Concerto For Orchestra' After all these years, conductor Fritz Reiner's 1955 recording of Bartok's music remains the best. He understood the poignant, brooding, mysterious and exuberant moods it explores, and the Chicago Symphony Orchestra plays as if it has been set on fire. 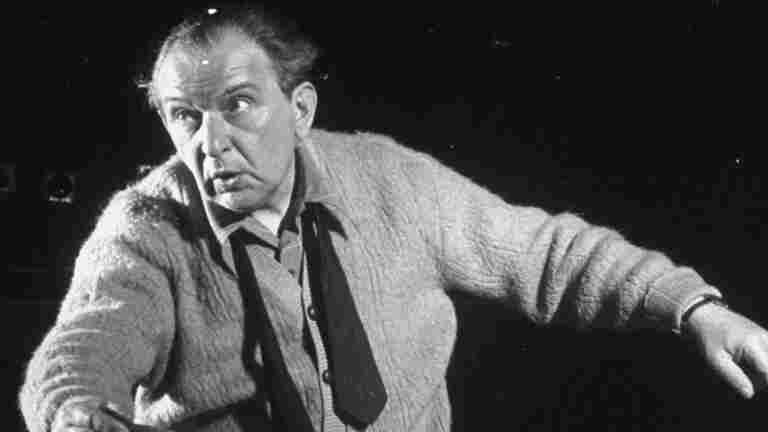 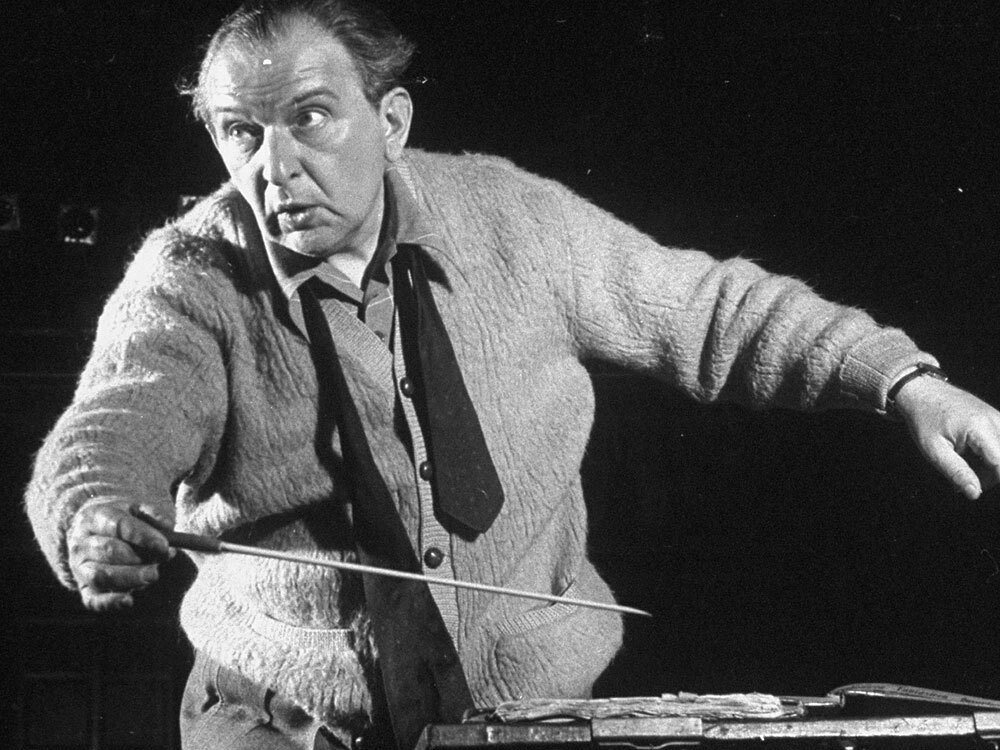 Conductor Fritz Reiner at a 1950 rehearsal. 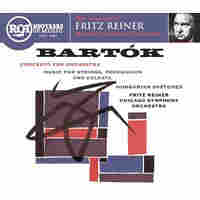 The Concerto for Orchestra was composer Bela Bartok's last completed work; he did not live to finish either the Third Piano Concerto or the Viola Concerto that followed it. In these last works, all composed in America, Bartok turned away from the thorny complexities of the music he'd written during the 1920s and '30s in his native Hungary, and toward a more accessible language based on the rhythmic and melodic contours of folk music. Yet there is very little that sounds folkish in these pieces. The writing is still vigorous, still austere and biting in many places. But melody is more prominent, and the rhythmic patterns less complex.

The Concerto for Orchestra has proven to be Bartok's most popular work, due in large part to the directness of its language. As the title suggests, the Concerto for Orchestra treats the various sections and solo instruments of the orchestra as if they were protagonists in a concerto. The idea goes back as far as the Baroque concerto grosso, but Bartok's idiom and scoring are entirely modern. Sooner or later, every principal player is called upon to solo, yet all this virtuosity is integrated into a work of deep expressive content. Even the excitement of the finale is tempered by feelings of mystery and urgency, conveyed via Bartok's tonal ambivalence — he uses modes other than the standard major and minor — and the acerbic quality of his orchestration.

An Authoritative Interpretation From Chicago

It was conductor Fritz Reiner who, together with the violinist Joseph Szigeti, persuaded conductor Serge Koussevitsky to commission Bartok to write the Concerto for Orchestra. After all these years, Reiner's 1955 recording of the score remains the best. Reiner understood the world of this music — the poignant, brooding, mysterious and exuberant moods it explores — and his interpretation speaks with an authority no one else has matched. The Chicago Symphony plays as if it has been set on fire, with panache and plenty of power in reserve.