Accessibility links
Got Government Default Jitters? As the debt-ceiling deadline draws closer, our tracker measures the rise — and fall — of investor fears over whether the government will default on its bills. 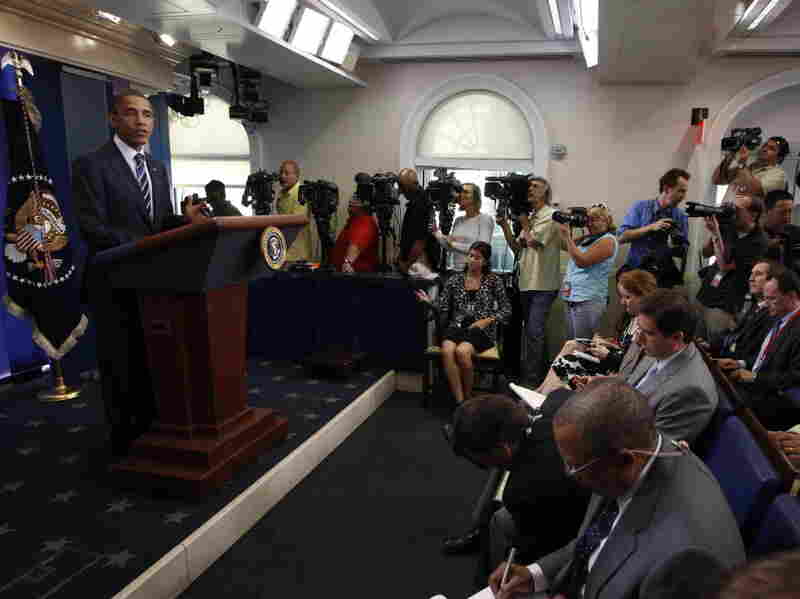 Are investors starting to get nervous about the debt-ceiling standoff?

Time is nearly up for raising the nation's $14.3 trillion debt ceiling - a lid imposed by Congress to hold down government borrowing. Unless Congress agrees before Aug. 2 to raise the ceiling - or cut spending enough to stay below it - the federal government will be unable to pay all of its bills.

Many economists say a failure by the U.S. Treasury to pay every penny owed would have a catastrophic impact on financial markets. Investors around the world count on the U.S. government to pay its debts fully and precisely on time. Because the federal government spends $1 for each 60 cents it receives in revenues, the Treasury needs those investors to provide the missing 40 cents to keep the U.S. government operating fully.

As the debt-ceiling deadline draws closer, economists fear panic could start to set in. If the United States were to default on any of its debt, interest rates on U.S. Treasury securities could shoot up. So far, that has not happened; calm has prevailed. But in another area — credit default swaps — signs of jitters are growing.

Daily figure is an estimate calculated at the close of U.S. trading; the final number gets revised overnight to account for transactions in overseas markets.