Accessibility links
Should People Who Refuse Vaccines Pay A Price? Several countries, including New Zealand and the U.S., are seeing a record number of new measles cases this year. David Ropeik argues that people who refuse vaccines should face consequences through higher health insurance premiums or community restrictions. 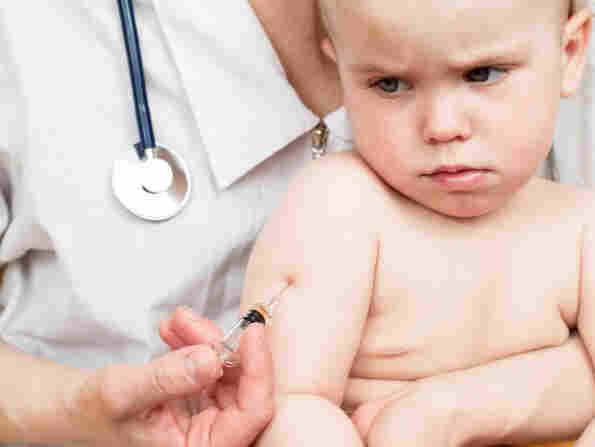 In the U.S., children typically receive vaccines for diseases such as mumps, measles, rubella and tetanus. Dmitry Naumov/iStockphoto.com hide caption 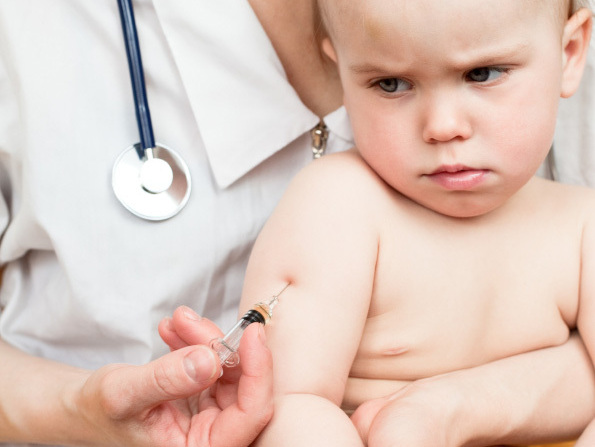 In the U.S., children typically receive vaccines for diseases such as mumps, measles, rubella and tetanus.

New Zealand is experiencing the largest outbreak of measles in over a decade. Public health officials there say the virus is spreading faster than they can quarantine the infected. In England and Wales, officials report more measles cases so far this year than in all of 2010. And in the U.S., the CDC reports 156 cases as of mid-June, the highest number in 15 years.

Measles can be almost entirely eliminated by universal vaccination. But vaccination rates are down, because some people refuse the shots on philosophical or religious grounds. Others worry the injections are harmful, despite overwhelming scientific evidence to the contrary.

Public health officials agree choosing not to vaccinate raises the risks for everybody. And David Ropeik, an author and instructor at Harvard University, argues it's time for those who refuse vaccines to face consequences.

In a piece for the online forum The Big Think titled "Vaccines: Time For Society To Say Enough Is Enough," he offers a variety of possible ramifications for people who refuse vaccination, from higher health insurance premiums to restricted access to community resources.

Ropeik tells NPR's Neal Conan that people who make the decision not to vaccinate themselves or their children seem not to realize the broader implications of their choices. They think the risk is limited to themselves and their children.

But Ropeik says that's not the case. "Of the 156 measles cases in the United States last year, 1 in 5 were people who were vaccinated, but the immunity had worn off or they hadn't had their booster." Additionally, the vaccines don't work for some people.

"We live in a society; we are all rowing in the boat together," Ropeik points out. "I'm not calling for more big government. I'm just calling for government to do what it always does when we can't protect ourselves as individuals."