Accessibility links
U.K. Hacking Scandal Exposes Media-Police Ties London's two top police officials have resigned amid the News Corp. phone-hacking scandal. The developments revealed cash for tips and a coziness between leaders of the department and the company. 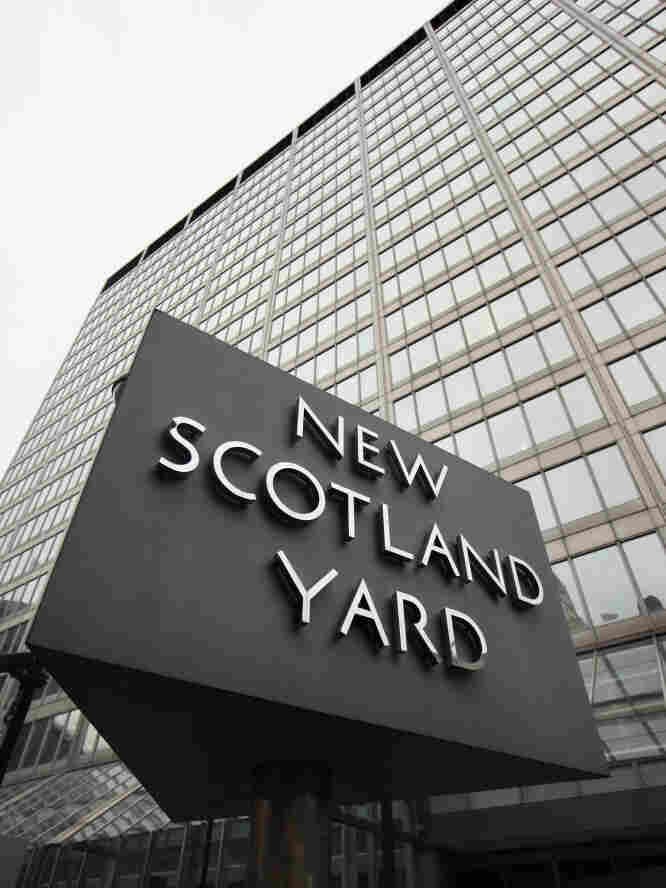 Britain's phone-hacking scandal has put the spotlight on the relationship between News Corp. and the police. London's two top police officers have resigned amid the scandal. Oli Scarff/Getty Images hide caption 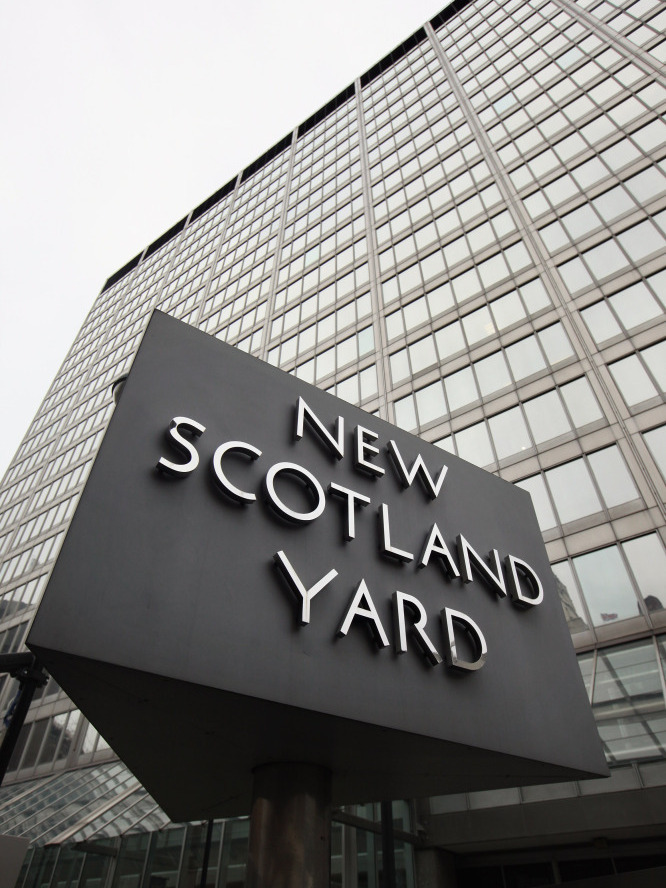 Britain's phone-hacking scandal has put the spotlight on the relationship between News Corp. and the police. London's two top police officers have resigned amid the scandal.

Two top British police officials have resigned amid the News Corp. hacking scandal, throwing the problematic relationship between the media giant and the police into sharp relief.

Executives at News Corp.'s British newspaper division have been resigning at a rapid clip. Three former editors at News of the World have been arrested. But the toll at Scotland Yard is also severe. That's the result of what is actually a two-fold police scandal. The first: It appears that journalists from Rupert Murdoch's tabloid News of the World routinely slipped cash to police for leads on stories.

"It was almost industry standard," said Paul McMullen, former features editor for the News. "A few times, I was put on stories that came from police force employees — sorry — they weren't employees — coppers we paid for good information."

Among his scoops: The late British actor Denholm Elliott's daughter, once flush with cash, became addicted to drugs and was found begging for money in a London Tube stop. McMullen says he was tipped off by a police officer.

"It's one of the few stories I have regrets about — because instead of helping her — he sold, you know, told us, and he was paid. And then I went and chatted to her and did the story," he said. "And the tragedy is a few years later she actually killed herself — so that's something I feel guilty about."

This was repeated, in the memorable phrase of former Prime Minister Gordon Brown, on an industrial scale.

Time and again, it is now alleged, police officers were repeatedly paid for phone data and other confidential information, including the movements of Queen Elizabeth II.

But this leads us to the other half of the police scandal: the coziness between top police officials and Murdoch's executives. The first serious investigation of News of the World hacking was triggered by complaints from Princes William and Harry in 2006. The paper's royals editor and a private investigator went to jail, but the investigation stopped there.

"Mr. Hayman, while a police officer, did you ever receive payment from any news organization?" one lawmaker asked.

"Good God! Absolutely not!" Hayman replied. "I can't believe you suggested that."

"Lots of people did," the lawmaker continued.

"Oh come on," Hayman said. "I'm not letting you get away with that. Absolutely no way."

Hayman left in 2007 and became a paid columnist for Murdoch's Times of London.

Roy Greenslade, former assistant editor of the Sun, a sister tabloid, said reporters and police fraternized over a drink in his day, but real money never changed hands.

"If you think that senior policemen who were supposed to be investigating the News of the World were also enjoying dinners and meals with executives from the News of the World, you would have to say that is a corrupt or corrupting practice even if, and this beggars belief, that when they sat down for hours at that meal they never once referred to that inquiry," Greensdale said.

In 2009, after the Guardian newspaper exposed dozens of other instances of voice mail hacking, then-Assistant Commissioner Yates decided no further investigation was needed. His review lasted less than a day.

Last week, former News of the World Deputy Editor Neil Wallis was arrested in connection with the scandal, and Scotland Yard was forced to acknowledge it had paid him a six-figure fee as a PR consultant while police were attempting to discredit the Guardian's exposes. Wallis' daughter also has a job on the force.