Accessibility links
What The Word 'Compromise' Really Means Linguist Geoff Nunberg says the compromises we refuse to make say the most about our character. "Sometimes we stand on principle for the heady satisfaction of showing that we can't be pushed around," he says. 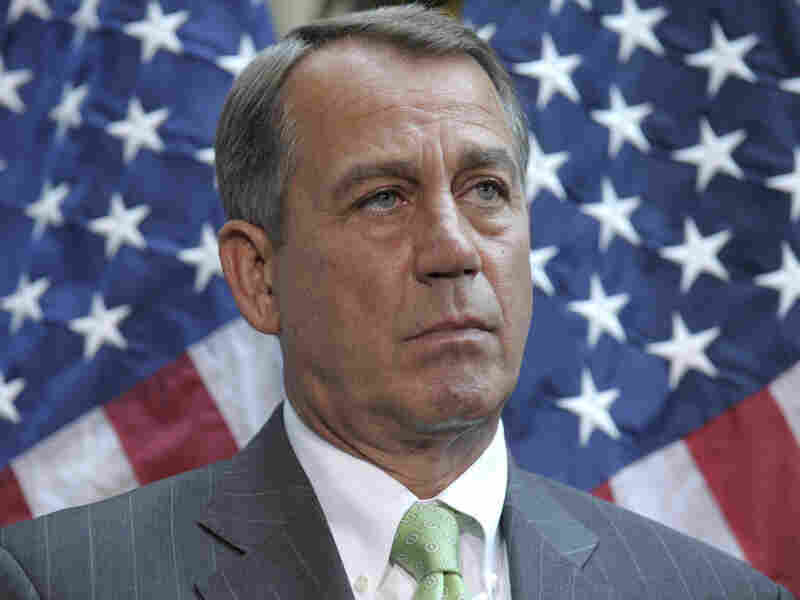 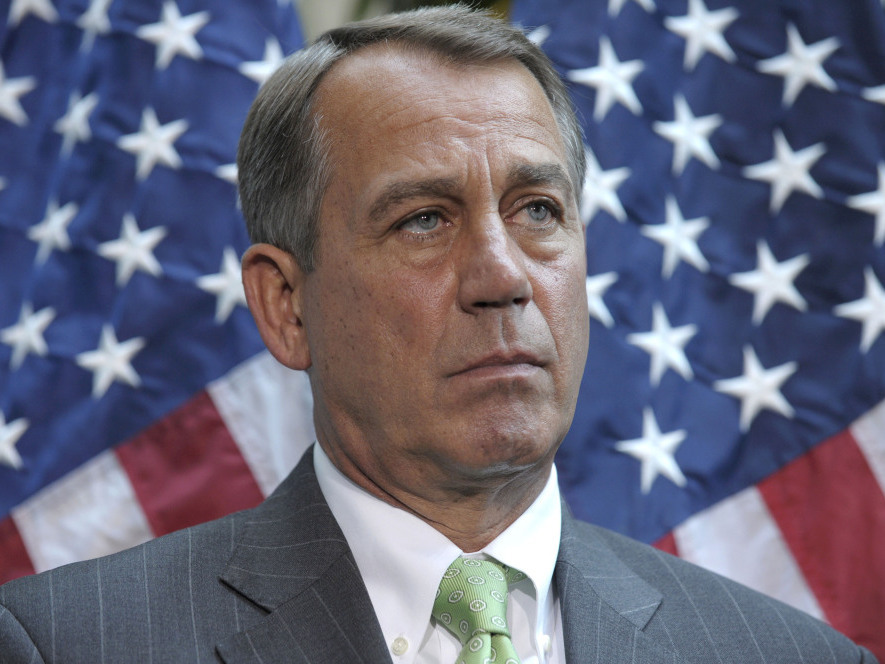 Sometimes people avoid even saying the word. Not long after the Republicans took the House last fall, Lesley Stahl interviewed John Boehner on 60 Minutes. Boehner told her the Republicans were ready to govern, and she said, "Governing means compromising."

He answered, "It means working together."

"It also means compromising," she said.

She kept pushing him about why he was unwilling to say "compromise," until he finally answered, "I reject the word."

Now on the face of things, it's disconcerting to hear a politician refusing to say "compromise." It reminds me of the American tourists I once overheard in a rug bazaar in Morocco telling the merchant, "Mind you, now, we don't haggle." But as the debt limit drama continues, visiting the C-word would be imprudent for any prominent Republican. Polls show that Republican voters are far more resistant to compromise than Democrats are right now, and "no compromise" has become the rallying point for what has been dubbed the "Hell, No Caucus." You hear that tone from the other side, too — Paul Krugman urged President Obama to draw a line in the sand against political extortion. But it hasn't become a Democratic battle cry.

The word compromise faces in two directions. It looks forward to the bargains we strike but it also looks backward at what we had to sacrifice to get there.

But then "compromise" is what Freud would have called an ambivalent word. On the one hand, compromise is the basis of human society itself. Edmund Burke put it succinctly in 1775 in a famous speech calling on the British Parliament to conciliate with the American colonies. "All government, indeed every human benefit and enjoyment, every virtue, and every prudent act, is founded on compromise."

But the word "compromise" faces in two directions. It looks forward to the bargains we strike, but it also looks backward at what we had to sacrifice to get there. That explains how the word can also mean "betray" or "put at risk," particularly when it's followed by a noun like "security" or "honor." That's what we're thinking of when we praise somebody as uncompromising. "Uncompromising" is a word you use for someone who sticks to his moral principles, not for a seller who won't drop the price of his house after it's been on the market for 15 months.

That backward-looking meaning is always in play when people reject the word. They're not focusing on the process of horse-trading, but on the moral risks of making concessions. As Boehner went on to explain in that 60 Minutes interview, "I am not going to compromise on my principles."

You have to allow Boehner some latitude there. With the possible exception of Larry David on Curb Your Enthusiasm, nobody gets through a week without realizing they've compromised their principles. I'm reminded of that every time I buy a book from an online retailer rather than from my neighborhood bookstore. And politicians understand that they have to shave a little off their convictions to get anything done — as Burke said, that's what it means to govern in a democracy. But Burke also stressed that there were limits: "None will barter away the immediate jewel of his soul." The question is, when do we reach that point?

That's the subject of a fine recent book by the Israeli philosopher Avishai Margalit called On Compromise and Rotten Compromises. For Margalit, a "rotten compromise" is the morally unacceptable accommodation with what Kant called radical evil, like Chamberlain's pact with Hitler at Munich in 1938. But history is not always that clear-cut. Churchill may have been justified in making a deal with Stalin in 1941 when it seemed necessary to defeat Germany, but what about at Yalta in 1945, handing over Eastern Europe when the war was all but won?

Of course most of the issues we have to wrestle with don't raise moral questions that are that momentous or stark, even if partisans try to make them sound that way. But even so, the choices we make say something about our character. In fact, Margalit suggests that we really should be judged by our compromises more than by our ideals. As he puts it: "Ideals may tell us something important about what we would like to be. But compromises tell us who we are."

That feels right to me, though I might change the emphasis: What tells most about us is the compromises we refuse to make. Often that just depends on our political views: Some people draw the line at cutting ethanol subsidies, others at motor voter laws. But there are other kinds of principles we evoke to avoid making concessions. We may resist compromising with opponents because we don't want to confer legitimacy on their cause or beliefs, as in, "We don't negotiate with so-and-sos." If we're sectarians or ideological purists, nothing is negotiable; even tiny concessions seem like capitulations to the forces of darkness. Or sometimes we stand on principle for the heady satisfaction of showing that we can't be pushed around, or to demonstrate our unwavering loyalty to our party, our regiment or our clan. You can be sure it was all about principle for the Montagues and Capulets, too.

All those principles weigh heavier in a polarized world; compromise gets harder as the sides become more alien and inscrutable to each other. And sometimes we can't even be sure ourselves if the reasons we give are the true ones. I'm like that sometimes. I'll announce, "I won't compromise my principles," but when it comes to the crunch, the only real principle at stake is that I don't want to compromise.